I don't know how long our girls have been counting down the days until Grandma comes but I'm sure it's been months. The day finally arrived (on Tuesday) and the girls could hardly contain themselves. They made welcome signs and bounced around the house while trying to get things tidy for Grandma.

We were a little late getting to the airport so instead of going inside to puck up Grandma we just did a curbside pickup. The girls were a little disappointed about not getting to use their signs but Grandma raved over them appropriately and the girls felt better. We stopped at Cook Out on our way home for dinner. It's a little drive-thru restaurant we've been wanting to try since our final shindig with the Wellings when we were introduced to the artery-clogging joy known as hushpuppies.

"They're like onion rings without the onion!" Andrew exclaimed.

In other words they're his new favourite food. He's always had a love/hate relationship with onion rings because he loves the batter but hates the onion. Fried batter's right up his alley.

Dinner was good but the girls could hardly eat, they were so excited to discover the surprises Grandma had in her suitcase. She brought birthday presents from Auntie Sarah (late for Benjamin and Miriam and early for Rachel) and from Naanii (though we have most of those on hold, except the books we gave to Benjamin), as well as some surprises of her own.

Here are the kids enjoying their new stuffed animals from Auntie Sarah: 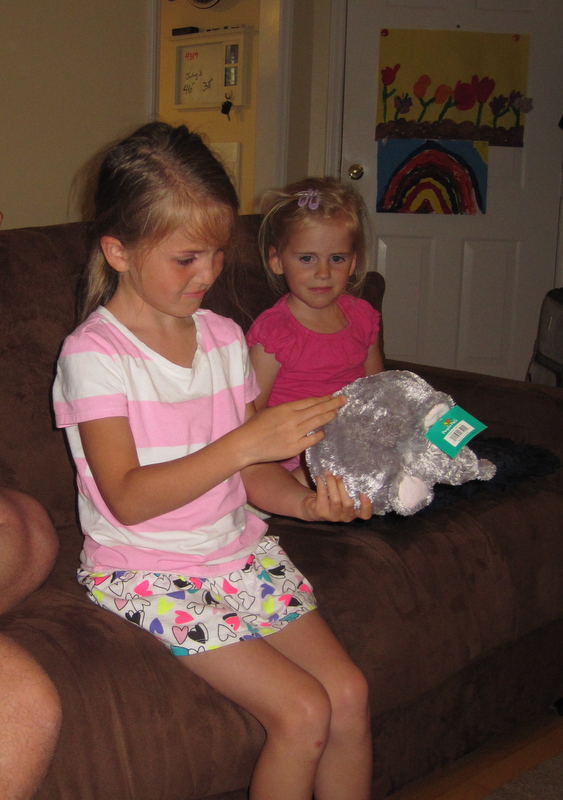 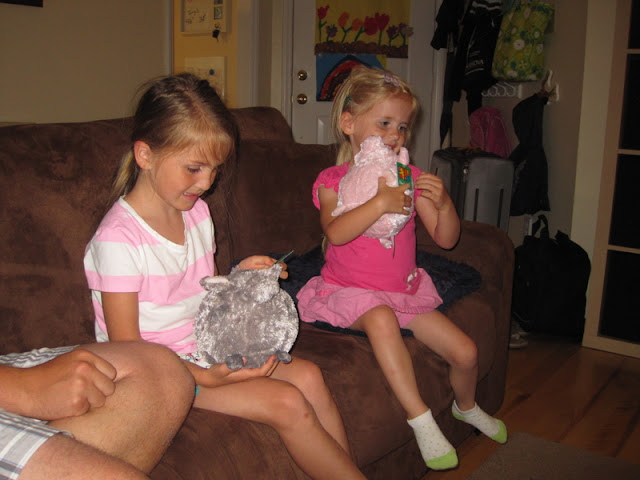 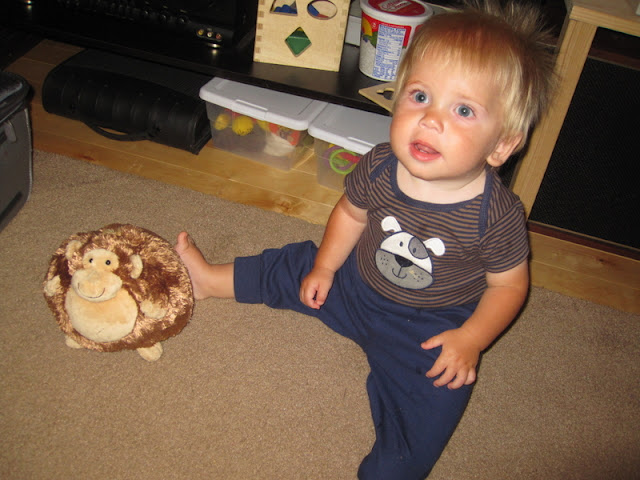 Benjamin's just starting to understand balls, so these roly-poly toys were a hit!

Many thanks to Auntie Sarah and Naanii and everyone else who sent us surprises!
Posted by Nancy at 10:35 PM