While we were taking out the garbage and recycling this evening we found some Eastern Tiger Swallowtails fluttering around a butterfly bush, so we went ahead and caught it for further examination. We only kept it for a few minutes because it was rather flustered to find itself in a cage and because it was nearly bedtime. 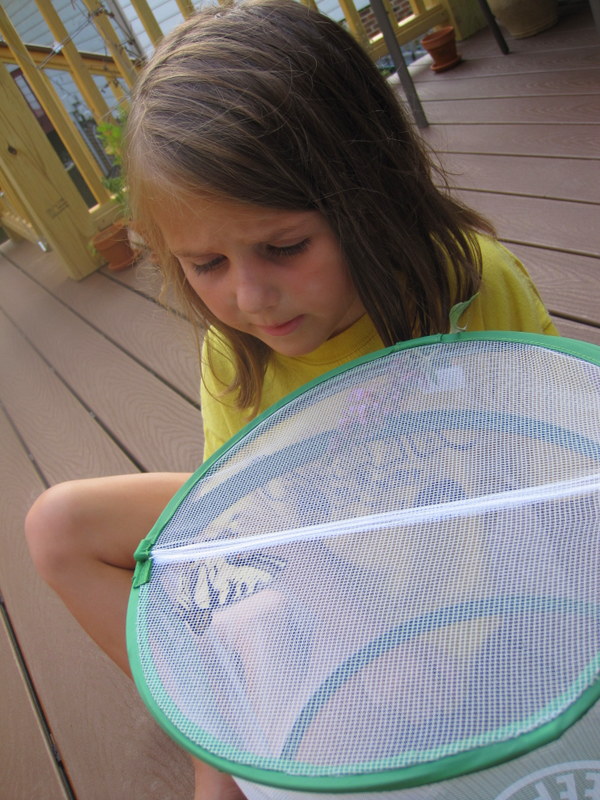 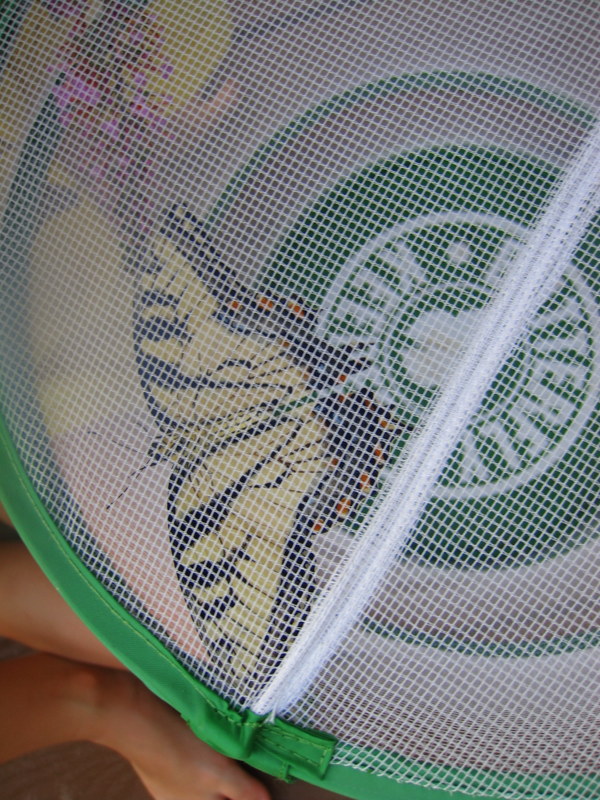 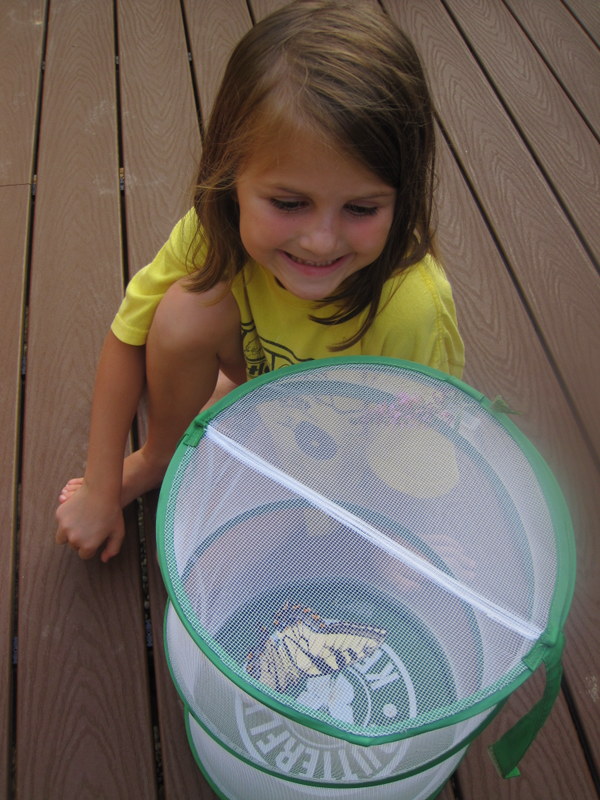 The girls named it Daisy/Sunflower (they couldn't decide which). It was a much-loved butterfly while it was under our care. 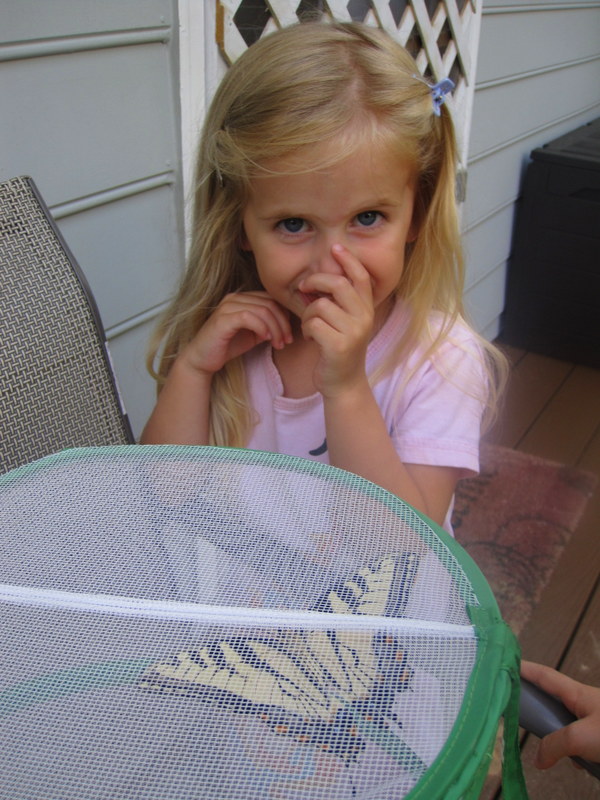 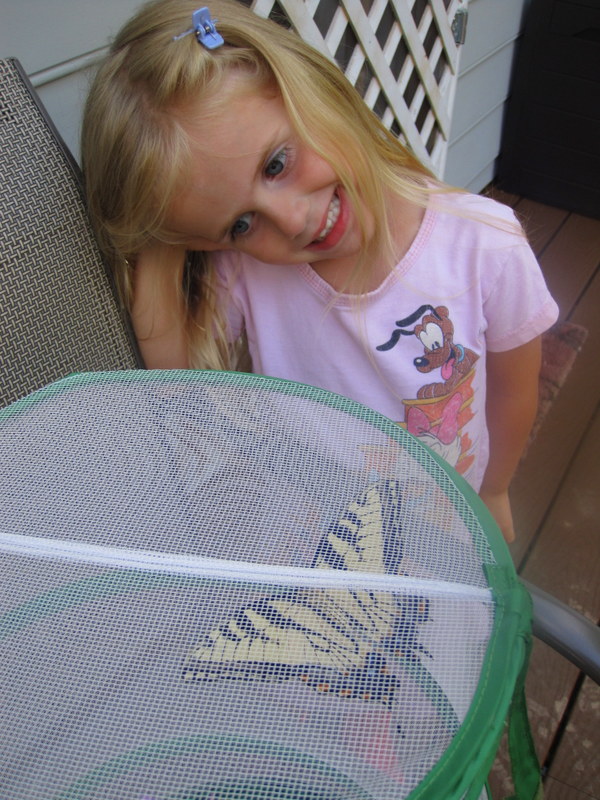 The poor thing only has one of its tails (also, I need to clean my camera lens). 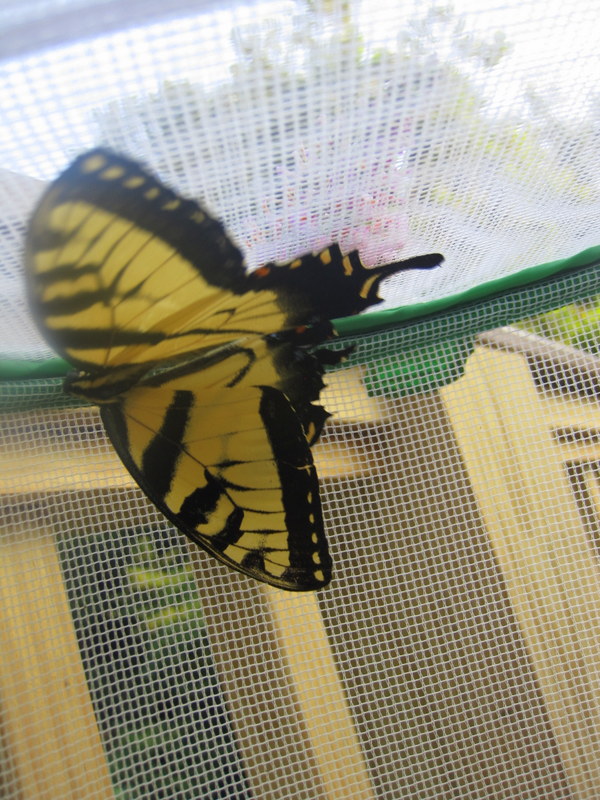 We let it go and watched if fly out to our trees. 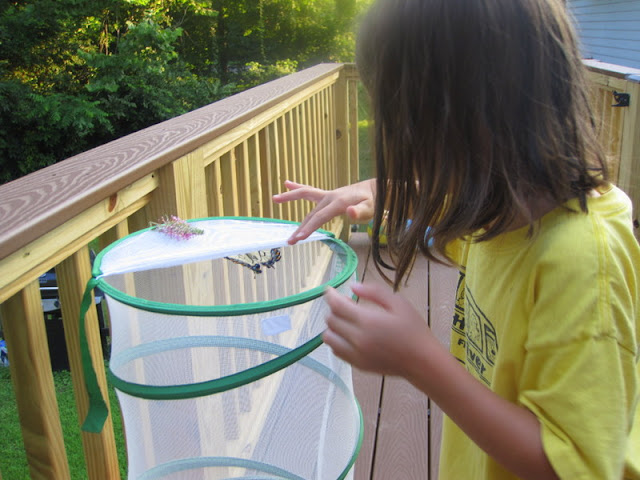 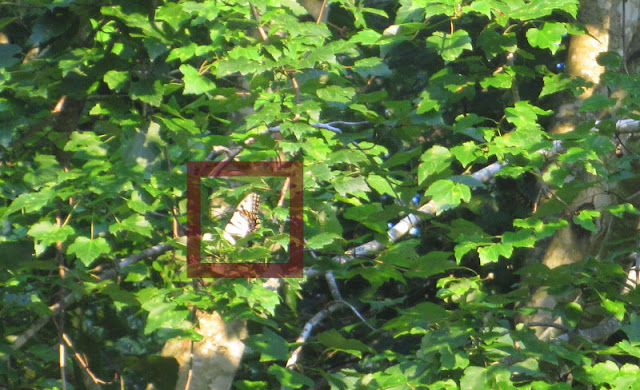 Rachel's hypothesis is that a bird took a bite out its wing. I don't know how its wing got injured, but it will make it easier to track. I wonder if it always sticks around or neighbourhood or if it wanders about.
Posted by Nancy at 9:21 PM