Now that his fever (which did seem a little high for teething, reaching around 103 degrees F) is gone and he's woken up with a rash, I'm fairly certain that Benjamin's not actively teething. My new hypothesis is that he has roseola infantum.

Granted, his rash is currently confined to his face, but that's how Miriam's rash started as well when she had roseola.

It does explain how he was able to have such a high fever with seemingly no other symptoms (his eyes were a little puffy and he soiled a few more diapers than normal but was mostly active and happy (but only mostly because he's also done a fair amount of squawking this past week)). And now the fever's gone and has been replaced with a rash, but he's still perfectly active and happy.

So, I'm pretty sure it's roseola.

But just in case it's a food allergy and because I can't remember anything unless I write it down, we had a lazy, lazy dinner last night of crackers and cheese and fruit and vegetables. Benjamin had blueberries, cantaloupe, watermelon, and cucumbers (as well as crackers and cheese) but I think the melons were the only things terribly new for him.

But, I'm pretty sure it's roseloa, because of the mysterious fever that no one else got (roseola is highly contagious but comes with the gift of lifelong immunity) and because of the rash on this smiley-guy's face: 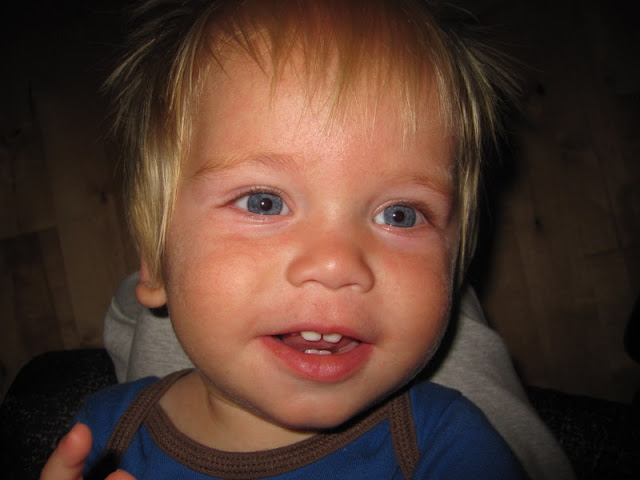 You can actually see the rash better in this picture but he's not smiling: 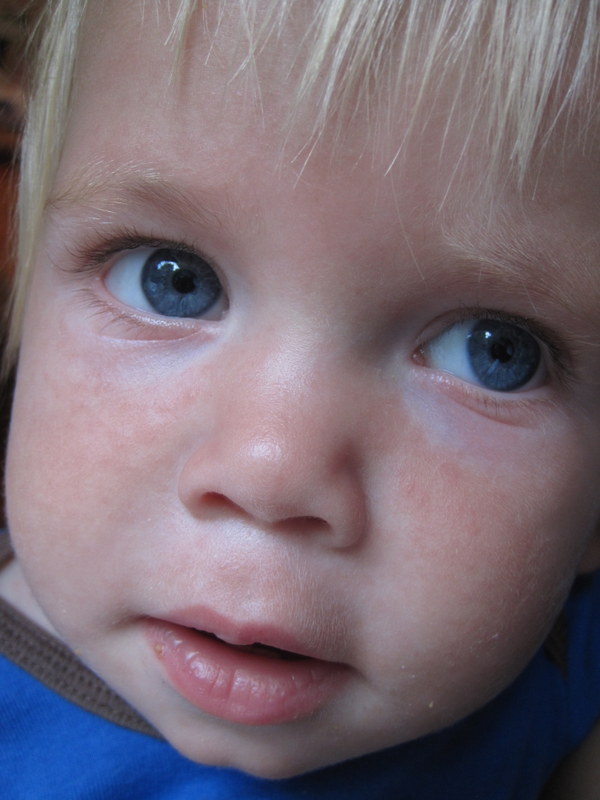 Sorry everyone we may have infected. Enjoy your fever and rash (and, afterward, your lifelong immunity). You're welcome.
Posted by Nancy at 8:59 AM