Yesterday we attended our fifth Pig Pickin' in this ward, which was the thirtieth consecutive year the ward has put one on.

2012: We didn't even know what a Pig Pickin' even was, but learned that it was a lot of fun.
2013: We had a rash of terrible things happen to our loved ones (our dear friend Dorothy passed away unexpectedly, my dad was hit by a car while riding his scooter to work, Andrew's uncle was paralyzed in a mountain biking accident) and evidently I was still so shaken up about life that I failed to take any pictures at all. In fact, all the Pig Pickin' got was a cursory note in a post on a different topic.
2014: We barely managed to avoid a catastrophic collision on our way to the event.
2015: We went on the space walk for the first time.

It's still strange to me that we've been in the same place long enough to have attended the same event five years in a row. But here we are, so established that I really only have pictures of Zoë because the other kids were off running around in the woods with their friends the whole time.

Rachel didn't even eat with us. She ate with her friend Carolina's family. Andrew missed the Pig Pickin' this year (he decided to stay home to write since he has some big deadlines coming up), so it was just me and Miriam against Zoë and Benjamin. Picnicking with babies is always an adventure. They don't understand the concept of not walking on plates of food set out in the grass... 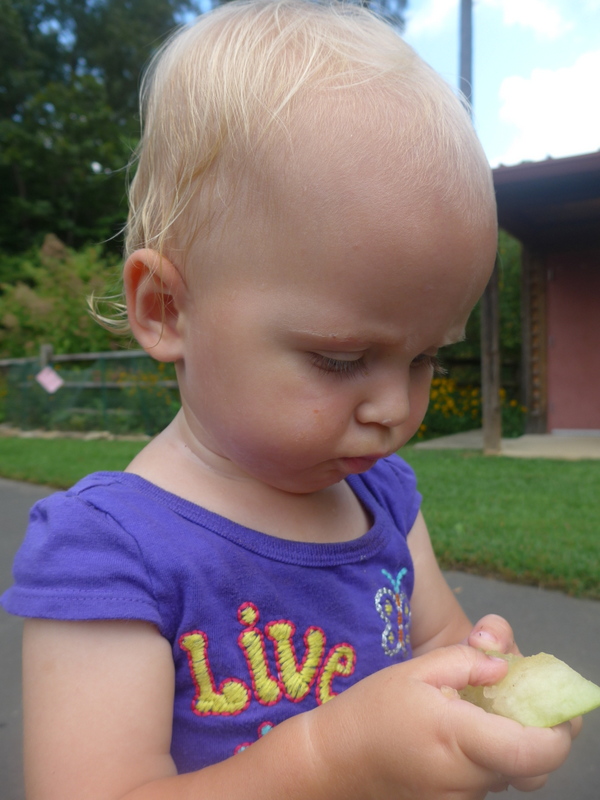 Here are a few pictures of us (okay, Zoë and Benjamin) walking the trail: 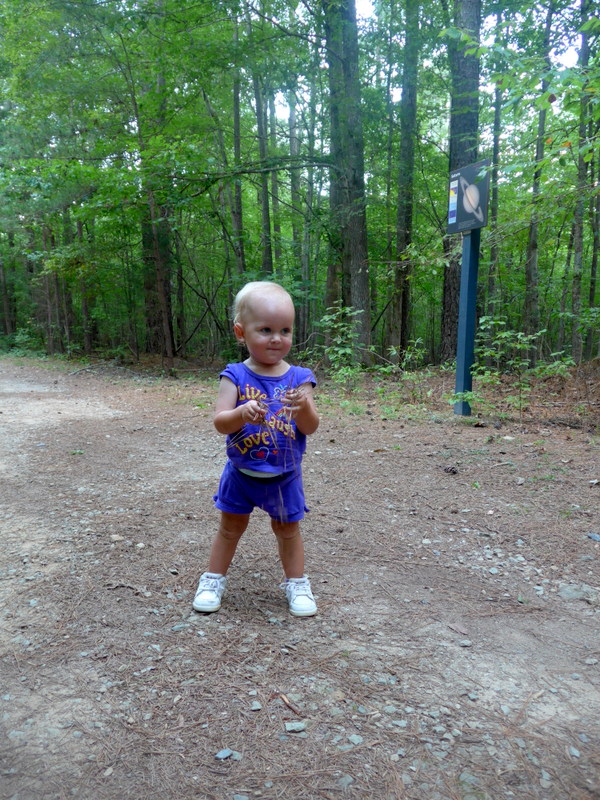 I don't often put shoes on her, but when I do and she runs around like this she looks a lost more like a kid than like my little baby. 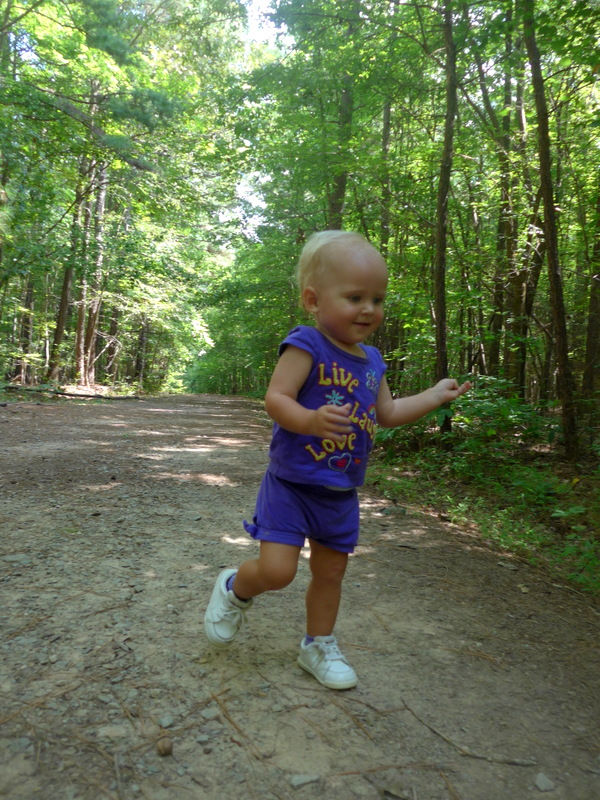 And here's Benjamin with a leaf he found: 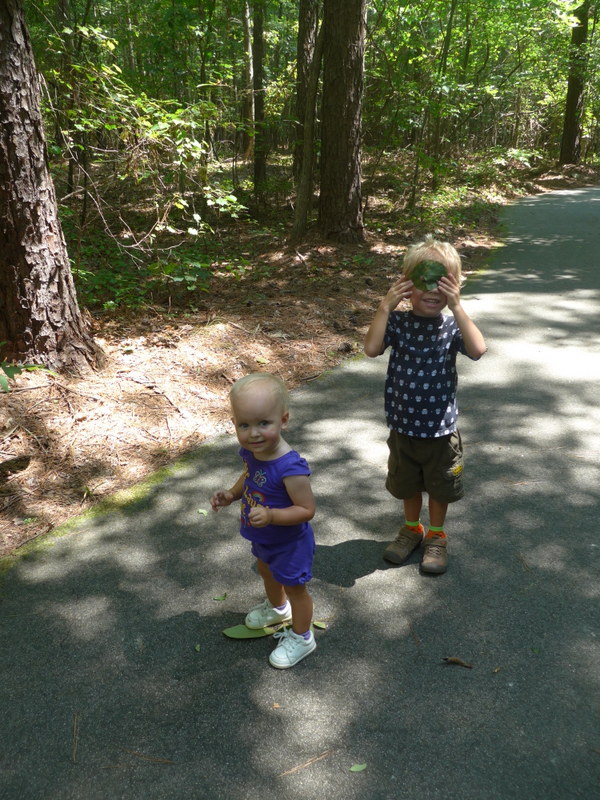 This year's pig pickin' seemed to wrap up pretty quick. Usually people linger to visit for a few hours. Sometimes people even throw around a football or a frisbee. This year, however, we had a heat index of 103°F so people were pretty anxious to get back home to their air conditioning.

Making a poor historical reference (a special gift of his) Benjamin declared, "Phew! This Pig Pickin' was like the Boston Tea Party...but hotter!"

It was rather hot. We were all a sweaty (but happy) mess when we got home.
Posted by Nancy at 11:12 PM