Grapefruit, buttons, toilets (or: three (more) things I have no control over)

We picked up a bag of gigantic grapefruit at Costco on Saturday. This morning Benjamin, Zoë and I ate two of them, but not before comparing them to the size of our heads. These grapefruit were seriously as big as Zoë's head! 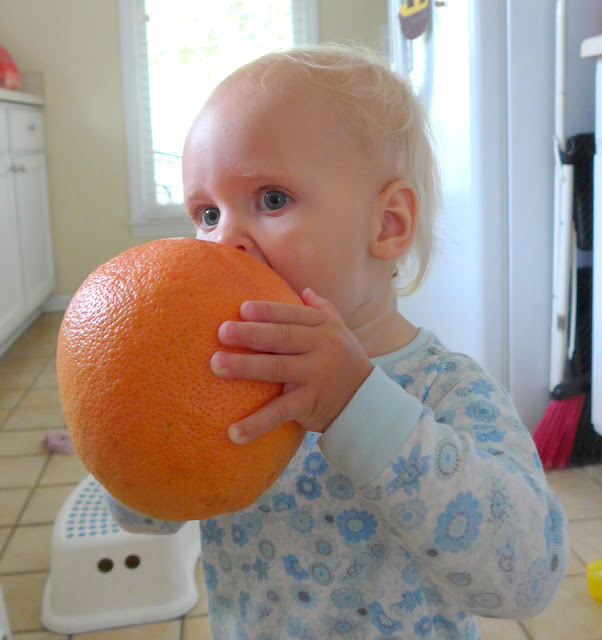 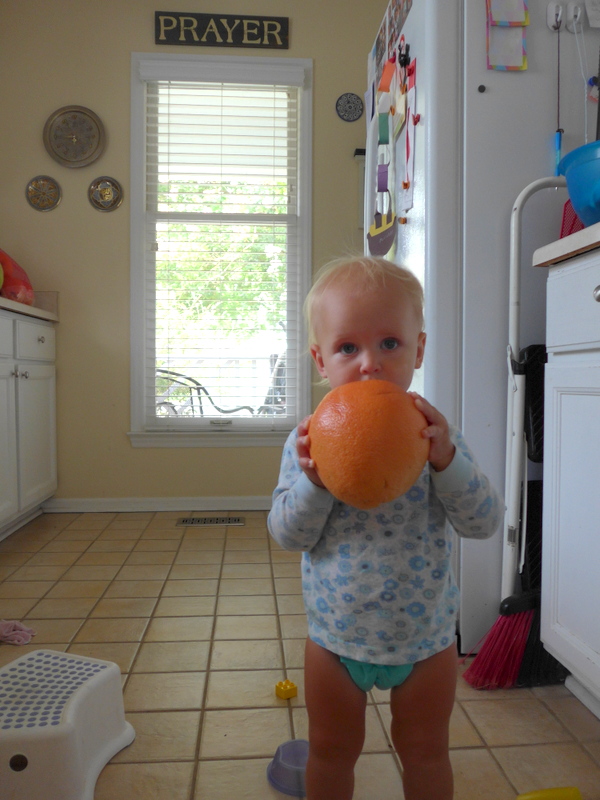 They were not quite as large as Benjamin's but we all know he has a big head (it's like an orange on a toothpick). He was much more excited about the grapefruit than Zoë was, however, because he knows that he loves grapefruit. Zoë tried it and was not a fan, but Benjamin wolfed down his and then was begging pieces from me as I was cutting up the second grapefruit for myself...in theory. But is anything really ever for mom? 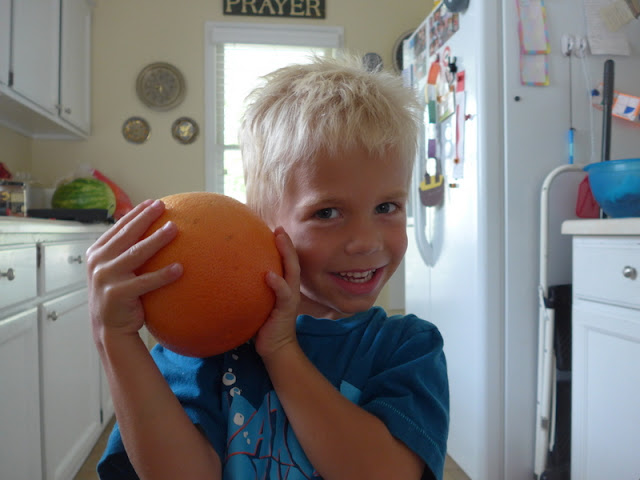 On Sunday while we were skyping with Grandma and Grandpa, Zoë decided she wanted to nurse so she started pulling at my dress, which buttoned down the front. She's fourteen months old now, though, and we'd just eaten dinner so I was trying to make her wait—because she should be able to wait for a little while, right? Zoë didn't think so and was fiddling with my clothes, quite determined to gain access to what was rightfully "hers."

I thought she was simply thwarted by my tricky buttons, when all of a sudden my top popped open!

"What in the world?" I gasped, as I checked my buttons.

Zoë had not succeeded in unbuttoning my dress. Oh, no! That would be too mundane for her. Zoë had ripped the button right off my dress (she had it clutched in her hot little hand and was still beating at my chest and whining for milk).

"Get me a nursing cover, please," I sighed to Rachel.

Because obviously Zoë would be nursing now. How dare I think otherwise?

I posted about this on Facebook and my friend Lauren commented (with a laughing-so-hard-tears-are-streaming-out-of-my-eyes emoticon (so I know this was a completely sarcastic (and such a very Lauren (and spot on)) comment)): "I don't understand why moms think they need their own time, or bodies, or food. Geez, you're so selfish not giving her what she wants right that second."

Nothing belongs to mothers, not really.

Speaking of vacuums, while I was having a little love affair with my new vacuum this afternoon (it even reaches way under there?!), Zoë demonstrated (once again) that my time is not my own. Because how do I even rationalize vacuuming when I should be tracking her every move?

When it's just Benjamin at home with me I am pretty aware of the state of the bathroom door, but when Miriam and Rachel are home all bets are off. I don't know if it's because I assume they'll remember to close it because they're older and more responsible (but probably it's not that because I still hear myself saying, "Close the door!" more times than I'd care to admit when the girls are home) or if it's because I'm simply busy trying to do more things for more people (it's probably that), but I simply can't seem to keep track of the bathroom door when they're home.

Who's going potty now? Who's washing their hands? Or grabbing a headband? Or checking on that wiggly tooth? Or just...whatever...in there? Times three!!! I can't keep track of it all!

To my credit, I caught Zoë (and stopped her from) splashing in the toilet once, and another time I asked Rachel to check the door and she caught Zoë trying to sneak her way into the bathroom again, but, alas, while later we found her inside the toilet...again. 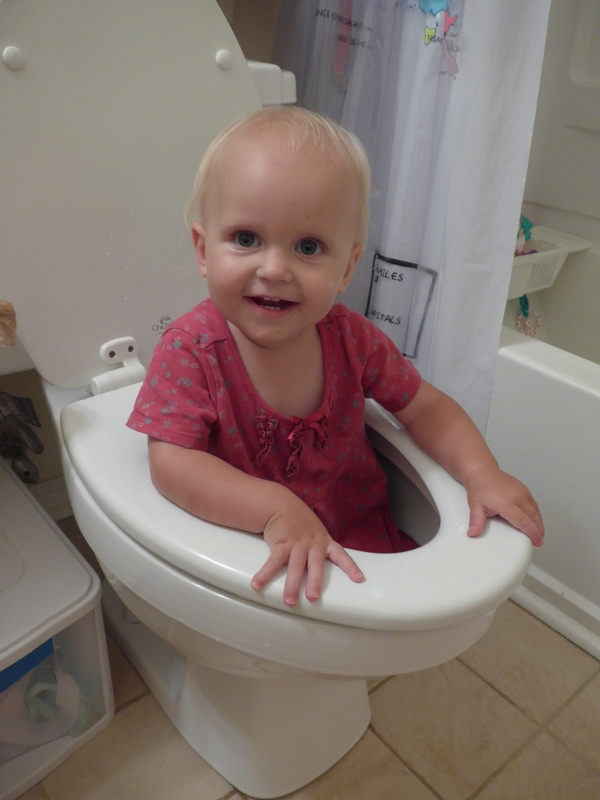 I can't even vacuum without having the baby climb into the toilet!