Leave it to beavers

Last Saturday my parents took the kids (all save Alexander) to see the new live-action Aladdin and Andrew and I worked ourselves to death (just about) packing stuff up. It was wonderfully helpful (and the kids had a good time, which is nice because we have absolutely abysmally boring plans for this entire summer, I fear).

We repeated last weekend's plan this weekend, but on steroids.

Aunt Linda took the kids (save Alexander) out to lunch on Friday and then kept Benjamin and Zoë the entire afternoon. Andrew and I worked while they were gone and got Rachel and Miriam's bedrooms just about emptied. After Linda dropped off the girls we finished up their bedrooms (and now they're camped out in the guest room downstairs for the time being).

This morning my mom picked up the kids (save Alexander) to go to her ward's primary fair, where they had a blast eating more cotton candy than sounded appetizing to me (ie. any). She then kept them for the entire afternoon. They watched cartoons with my dad, did some art project with Auntie Josie, played with the cat, and came home happy.

Andrew and I worked like beavers, disassembling bookshelves to take with us, selling furniture we decided didn't make the cut, backing boxes, rearranging spaces.

The fact that we're moving is really starting to sink in—empty walls and echoey bedrooms tend to have that effect.


We still have about three weeks until moving day, but the moving truck gets dropped off a week before that, so that means we have essentially two weeks left to pull everything together, which should be totally doable (especially with the wonderful help we've been getting).

Poor Alexander, though, is starting to realize the error of his ways, which I'm hoping will spur on a bit of a repentant attitude. He has been such a momma's boy—which is lovely...until it's not—so no one ever offers to take him because, well, in the past he's tended to just scream (relentlessly) at anyone who had ever tried to babysit him.

But now he's noticing that he's getting left out of things.

But he soon got over that and had a fun day with Mom and Dad, getting things organized for the big move. He loves tools, this little one, and can pick pliers out of a jumble of tools, so that's pretty cool!

Here he is working on disassembling a shelf with Daddy: 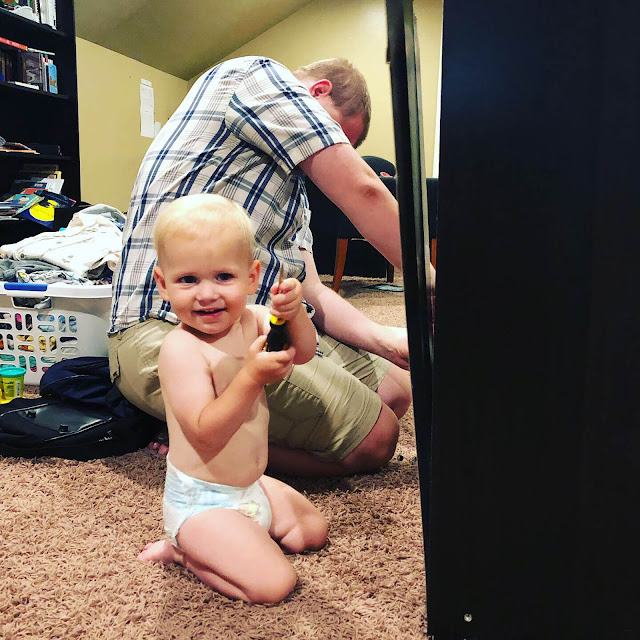 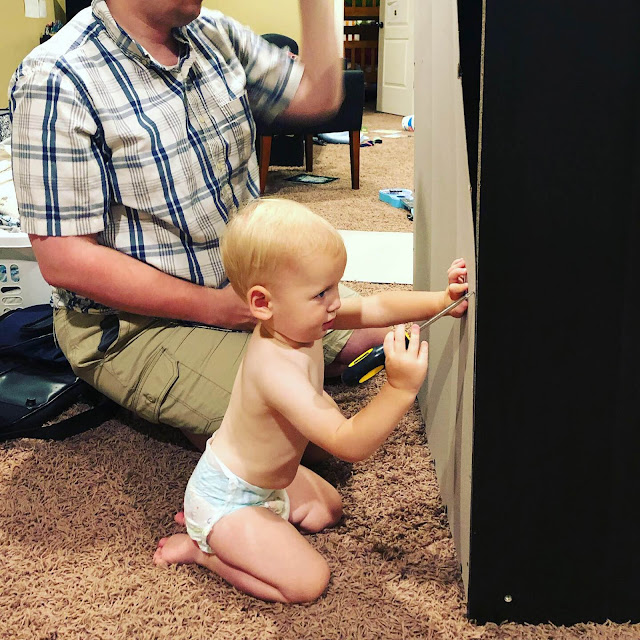 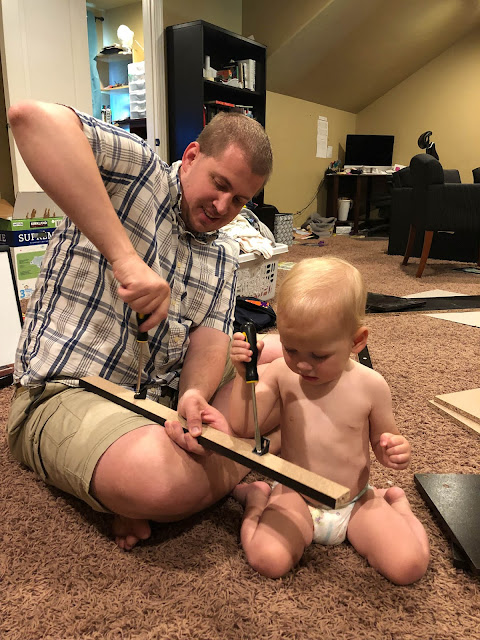 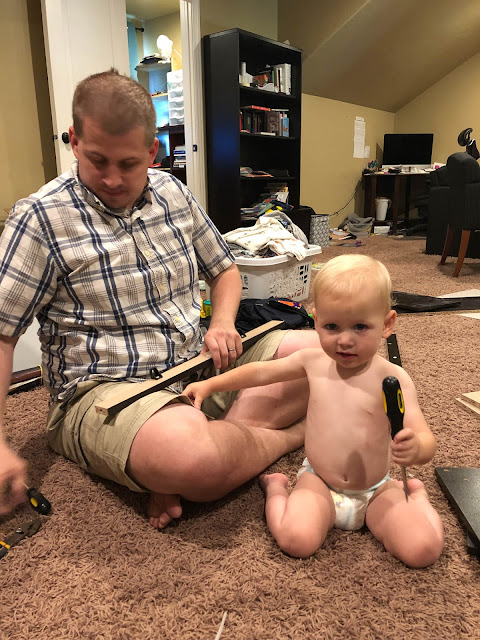