Grandpa left us on November 30, but here are the kids taking a picture with him before bed on November 29th (just in case we weren't put together enough in the morning to pull together a farewell photo): 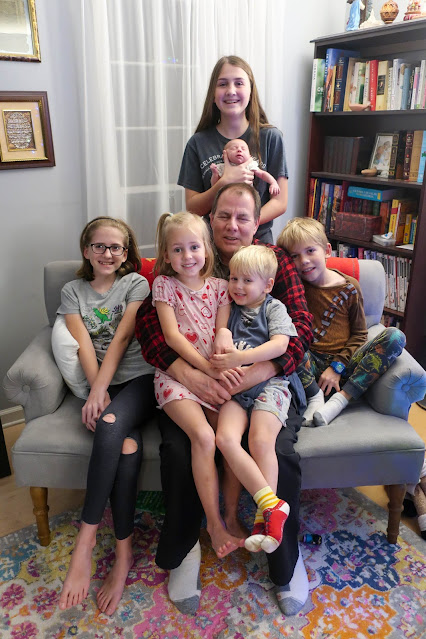 We're so glad Grandpa could come! He set up an office for himself in Zoë's room and took meetings (his job is remote) between taking the kids on near-daily outings to the park. He got donuts for breakfast (once or twice, which the kids thought is pretty amazing and definitely wish was were a daily occurrence). He played so many rounds of Hand and Foot (actually, we only managed three complete games over the course of two weeks) and Mexican Train. He read stories and did "history time." He got non-donut breakfast for the little ones in the mornings. He helped Rachel clean out the gutters and put up the Christmas lights (Andrew doesn't "do" ladders, so that's usually my job, but I have been too pregnant or too just-had-a-baby to do so). 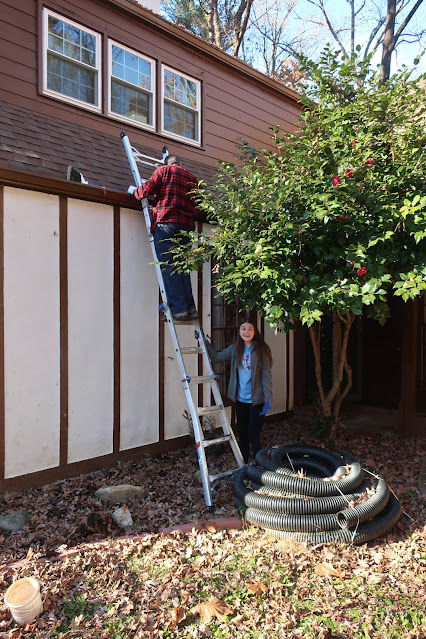 And he held the baby a lot! I, unfortunately, only snagged a few pictures of Grandpa holding Phoebe because usually when he was holding her I was busy doing other things (which is a compliment, really, if you think about it—it means that I was comfortable enough leaving her with him to do other things, rather than hovering nearby with the camera).
But here she is just a few days old (November 16): 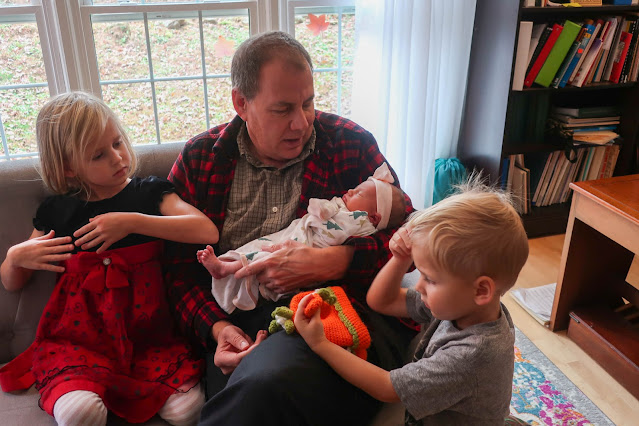 Here he is holding Phoebe during Thanksgiving dinner (actually, during dinner is often when Grandpa held her—because we didn't really have anywhere convenient to put her (but we have a bouncy chair now so we can keep her nearby)): 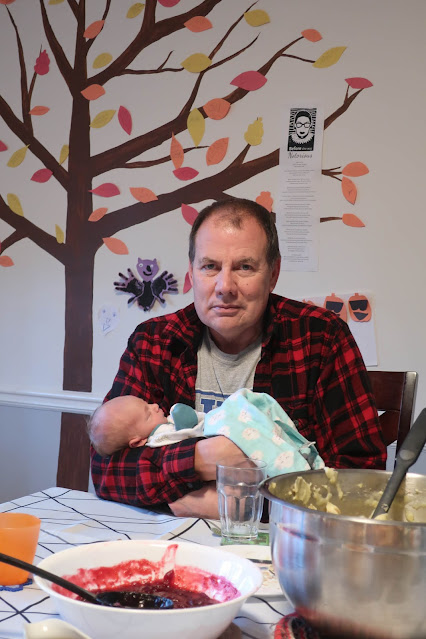 Grandpa liked to sit by the front windows, holding sweet Phoebe and watching the deer graze (and maybe dozing off every now and then): 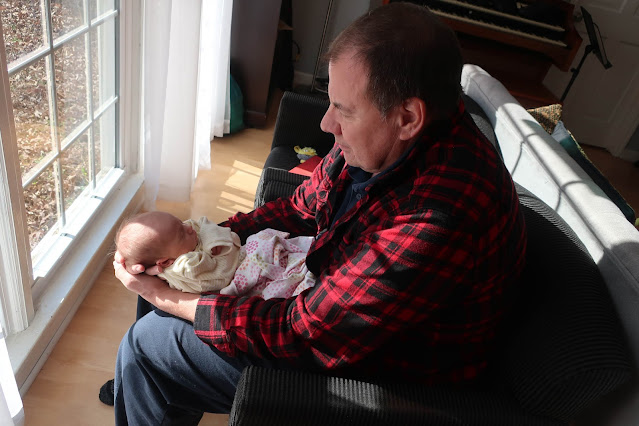 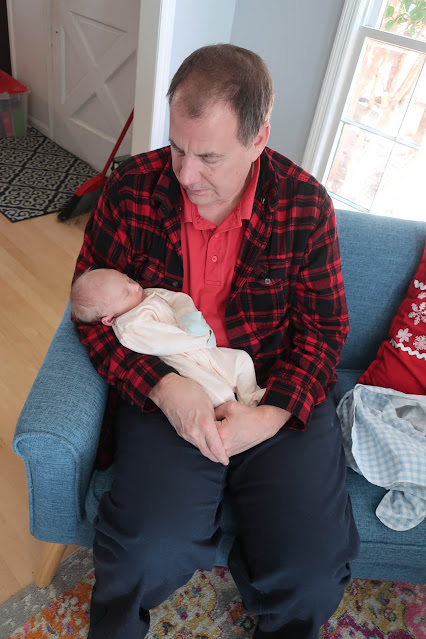 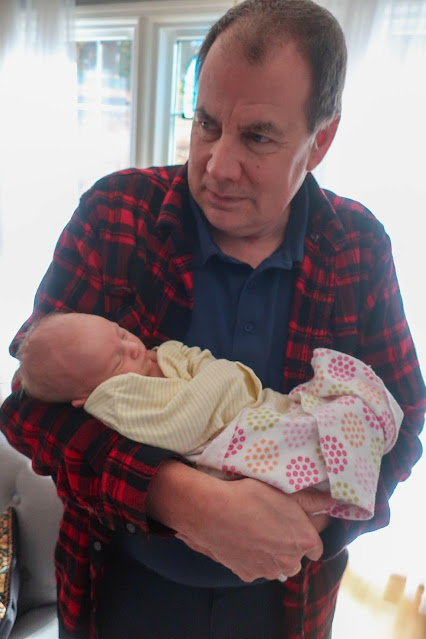 I really need to get caught up so I can be happy and proud of the pictures as I post them, rather than feeling sad and nostalgic, thinking, "Aw! She was so little!"
She's still little, but she's definitely growing up. Which is good. I know that's good. But look how sweet she was all of...a week ago...
Posted by Nancy at 11:29 PM