Phoebe at one month

Life is coming at us fast. Phoebe has already been with us a month and to celebrate she pulled an all-nighter last night...which was fun. She just had a crummy tummy, I think. But she was miserable.
I told Andrew that it's really only, like, her third miserable day, which I didn't think was so bad.
"That's like 10% of her life," he pointed out, "Which is quite a lot."
And that's a good point. But really three rough days isn't so terrible.
Mostly she's been gentle on us. Mostly...
On Saturday morning Andrew hoisted Phoebe up on his shoulders for "baby's first shoulder ride."
"Is that...wise?" Rachel questioned.
Phoebe gave a little *urp* and then spat up on top of his head while he muttered an "Oh, dear," and Rachel erupted into laughter.
I'm not sure what he was expecting; he has lived this exact scenario before. Though I think he avoided this activity with our very spittiest of babies, I know we have a picture of Miriam on Andrew's shoulders at about this age, with spit up dripping down his head...but I can't find it.
On Monday, which was Phoebe's one-month mark, I took the kids to the park for the afternoon. It's been cold and rainy but now we're getting some warm sunshiny days and I figured we should enjoy them while they're here. It was lovely.
Here are some pictures of sweet Phoebe on her one-month-aversery: 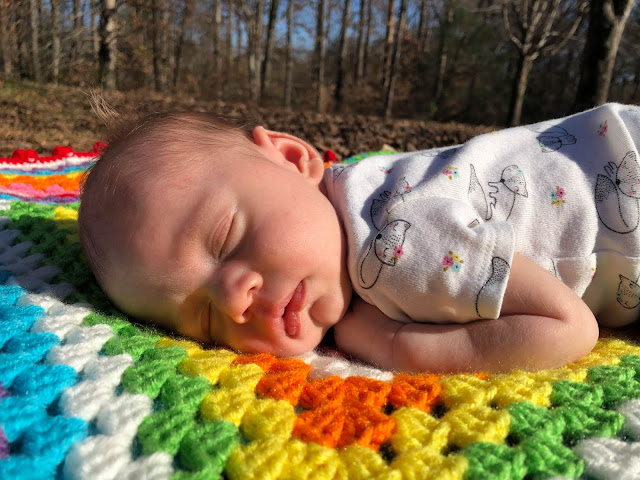 My mom noticed that she's filling out quite a bit—and she is! I think she's probably around 8 lbs. already! She has a hard time fitting into her "just born" size clothes and is fitting "newborn" just nicely. I imagine we'll be moving into size 0–3 month clothes in the blink of an eye. And then we'll be sending her to college. Time's a monster. 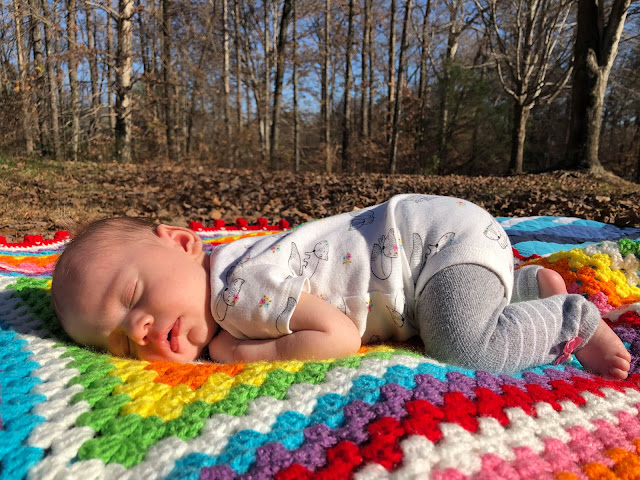 But she really is a sweet baby and she was loving this chance to bask in the sunshine (little winter-born baby). 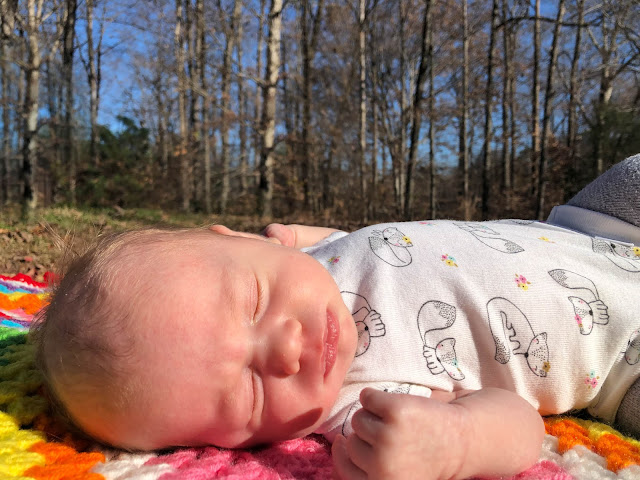 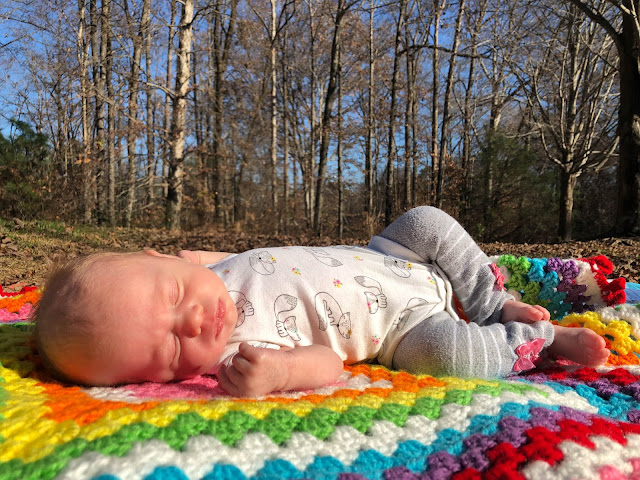 Here she is refueling so she can sleep some more... 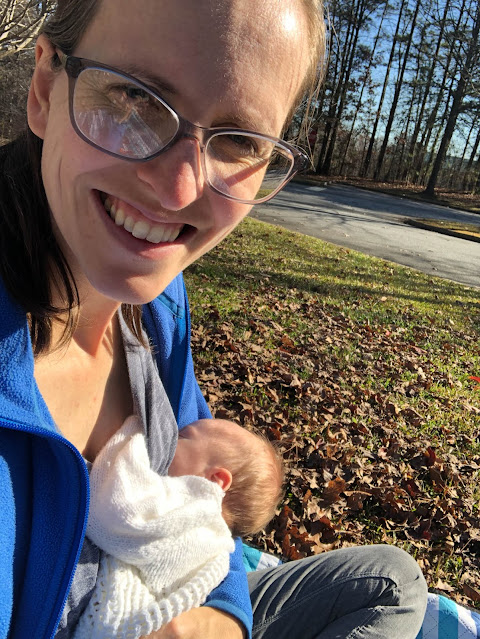 She's really not the biggest fan of awake-time. In fact, she mostly goes from 0 to 60. She'll go from soundly sleeping to hopping mad in mere seconds. We joke that this world is just too much for her (and with five siblings...we're probably not wrong). When she wakes up screaming we've begun lamenting life with her, shaking our fists at the sky and cursing, "MORTALITY!"
It's a coping mechanism, I'm sure.
Anyway, she doesn't often scream (just, like, all last night and much of today, specifically); usually she chooses to ignore us all and goes right back to sleep. That was her decision when she'd finished nursing at the park, so I gave the kids a writing task, set the timer on my phone, then rested Phoebe on my chest (zipping up my sweater over her to keep her snuggly in place), and took a little nap in the sunshine with her. 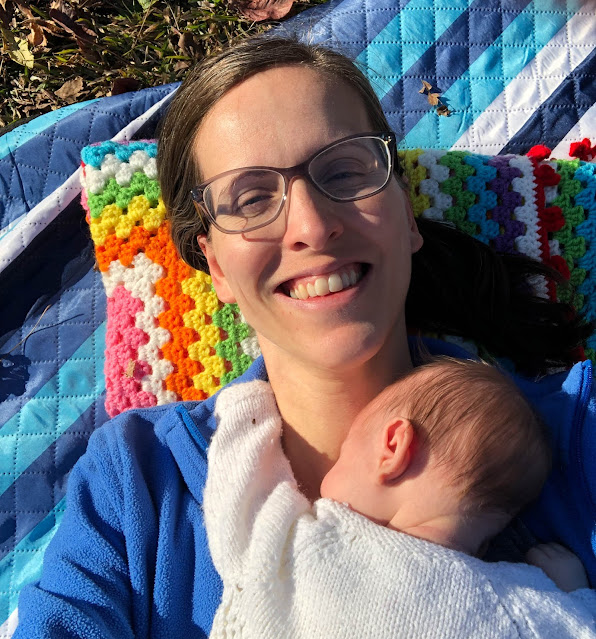 Napping in a public park isn't something I've done very often in my life (in fact, the last park nap I remember taking was when Andrew and I were flying from Orem to Amman and we had a layover in Austria; we took a nap in a public park then, too), but it seemed safe enough. Besides us, the park was deserted. Plus I figured the older kids are old enough to look after the younger ones and the younger ones are noisy enough that they'd protest loudly should anything untoward happen (like, for example, if someone tries to kidnap them or, more likely, if one of their siblings has the audacity to tag them while playing, you know, tag). They're like a built-in alarm system.
It wasn't the most restful rest, but it was nice enough. 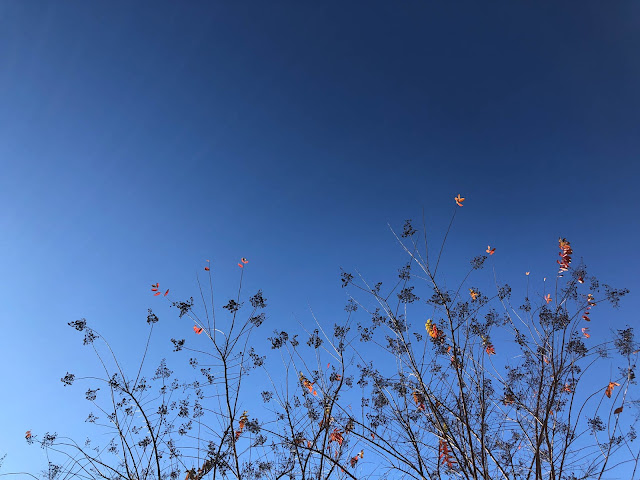 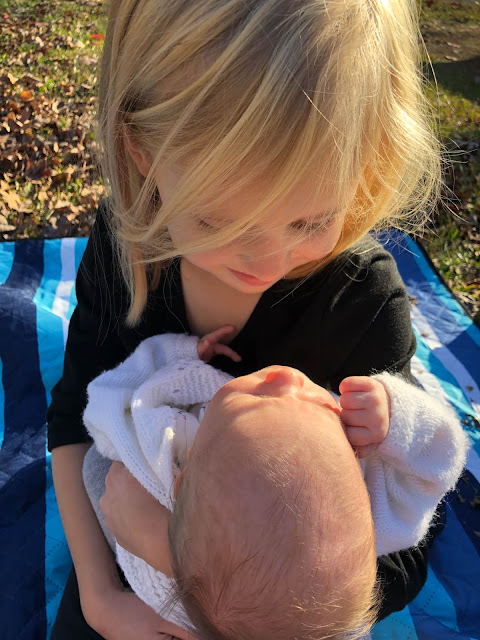 Zoë would like nothing more than to hold Phoebe and walk around. I'm pretty firm about not allowing this. She's pretty firm about sneaking around and picking Phoebe up when I'm not looking (though to my knowledge she's never stood up after picking Phoebe up; she always just sits with her on the ground).
Miriam, on the other hand, is proud to be allowed to carry Phoebe around because from her recollection she was forbidden from carrying Alexander around. 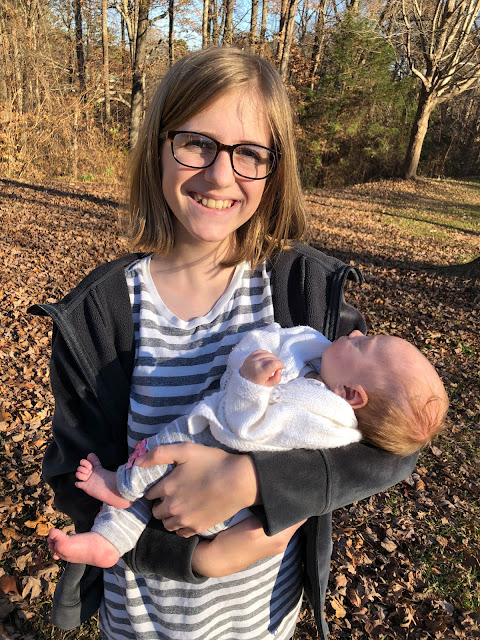 This probably tracks; I haven't let Benjamin carry Phoebe yet and he's 1.5 years older than Miriam was when Alexander was born.
Today the older girls went off to their YW activity and Benjamin had a zoom activity, so to make Zoë and Alexander feel like they also had a fun evening, I played some games and read stories with them while their siblings were otherwise occupied.
I left the room for a minute, giving the children strict instructions to leave Phoebe alone (on her little tummy time mat), but when I came back it was evident that Zoë had picked Phoebe up and had wormed her way back over to our game board (I actually caught her while she was shuffling over to the board on her knees; she knew she was bending the "rules" by picking her sister up, but didn't want to push her luck by standing up with her, which was probably pretty smart of her because I would have likely blown a gasket if I caught her walking across the room with her; gotta know when to hold 'em and when to fold 'em, I guess). 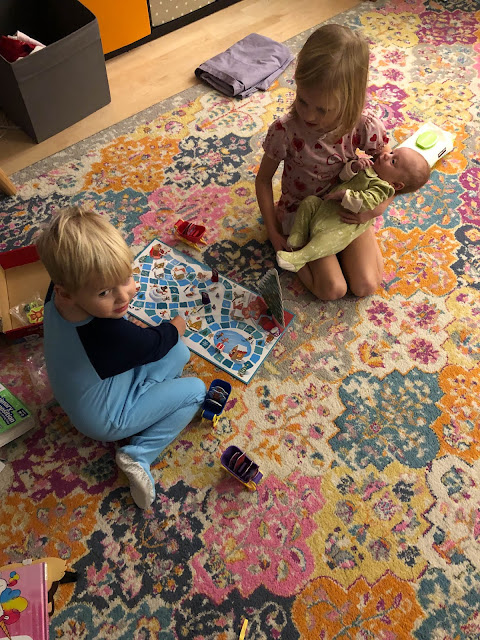 Phoebe didn't seem to mind too much. 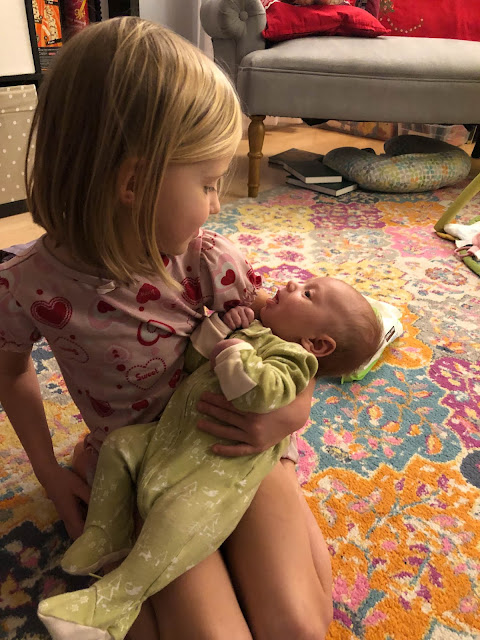 In fact, she did some pretty good awake time for us, which was quite a relief! 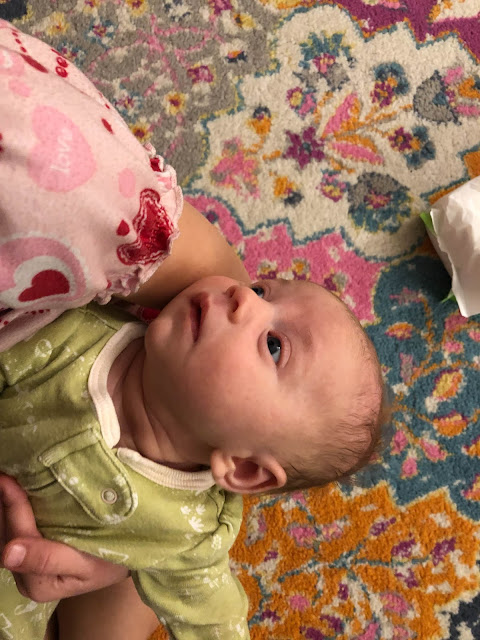 Andrew said he was afraid she was going to spend every waking moment of her life screaming (because she's been a little scream-y today), but he should know she's also capable of being awake and happy because here he is with her...being awake and happy just the other day: 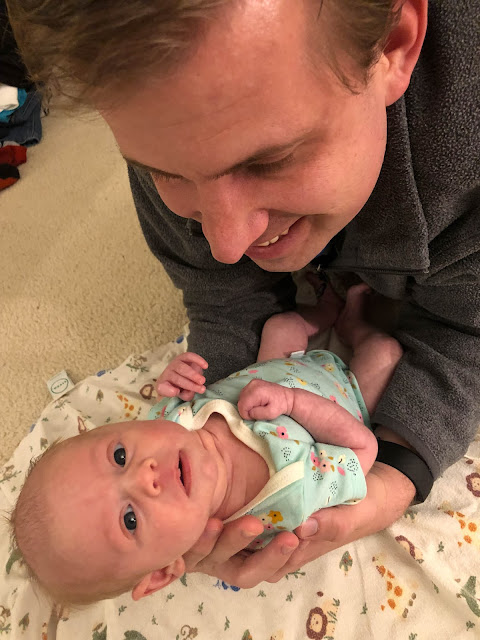 But, it's true that she's not often awake. And it's true that every time she woke up today she screamed her little head off (but, like, after staying up all night I was feeling a little scream-y myself, so I can't really blame her for that). Still, she ended up having some good awake time this evening.
When we were finished playing games I popped her up on my legs to play horsey, which she seemed to not hate, so that was good. As a general rule, tummy time is not her favourite (though I have a few cute tummy time pictures from a few days ago that I need to post) so anything we can do to help her be happier during tummy time (on the rare occasion that she wakes up enough to do useful tummy time exercises) is a good thing.
Anyway, I lie down with her and rest her on my shins, with her chin in my knees, and bounce her gently while we sing "Horsey, Horsey" to her. 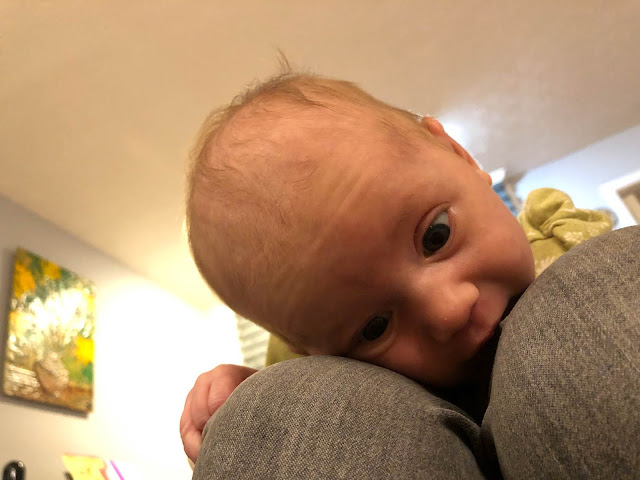 I think Zoë took a video of us singing to her. I sing:
Horsey, horsey, on your way
We've been together for many a day
So let your hooves go clip-clop,
Your wheels go round—
Giddy-up! We're homeward bound!

I like to take my horse and buggy
As I go traveling through the town
I like to hear the hooves go clip-clop,
I like to see the wheels go round!
I might not be remembering it quite how my mom sang it to me, but I couldn't find a YouTube video with the lyrics the way that I remember them (with "on your way" rather than "don't you stop"). I feel like I need to tell myself the same thing I tell my kids when they get upset by some variation of a nursery rhyme...that variations are fine. But at the same time, I just wanted to find my variation (none of this "don't you stop" nonsense).
Actually, this website (note the .ca) is close to how I remember it! I'll bet I was supposed to have the tail go swish in there and simply couldn't remember. Eventually kids get older and just want to "ride a little pony down to town" because that's a more rambunctious game...and then I can't remember the gentler games. And also I'm running low on sleep so my memory is questionable at the moment.
Anyway, here's Phoebe feeling a little worn out from all her playing (i.e. being awake): 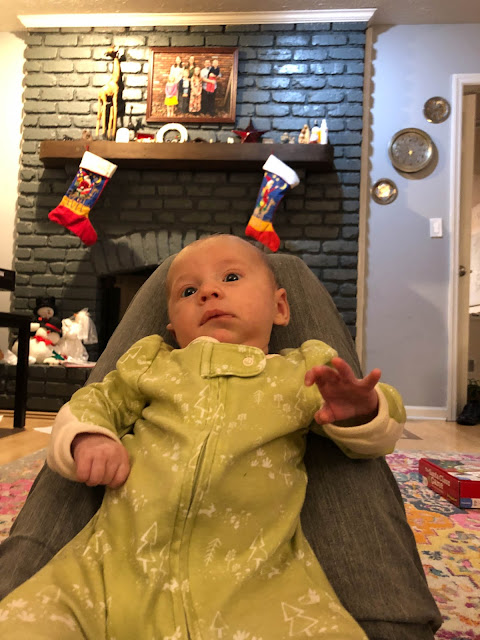 So we powered her down for the evening. Not that she stayed that way; she's been up two or three times to nurse already...working hard to develop some chubby cheeks: 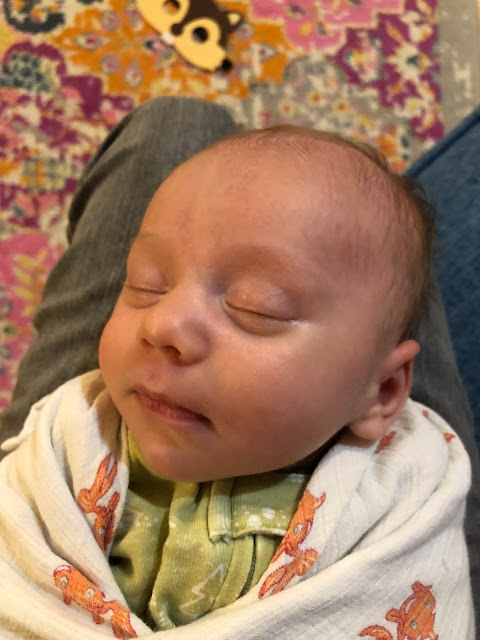