I suppose this was technically the day before Easter morn, since we had the kids do their baskets and egg hunt on Saturday (the 16th).
Here they are by their haul: 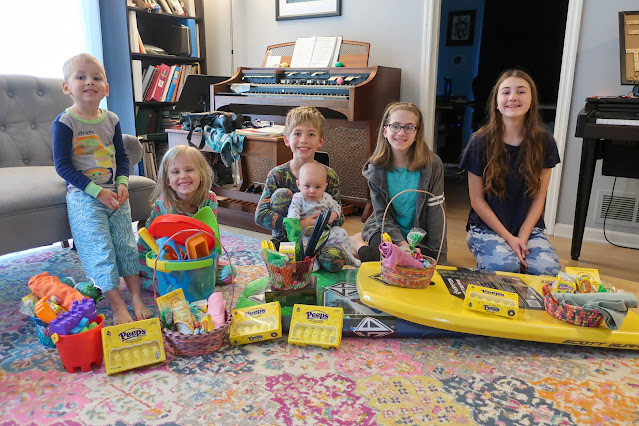 The little kids all got a new swimming suit and or sun/rash guard since pool season is just around the corner. We also got some sand toys and boogie boards for the beach. And some candy. Lots of candy, actually. When Andrew is in charge of candy we end up with a lot of candy. 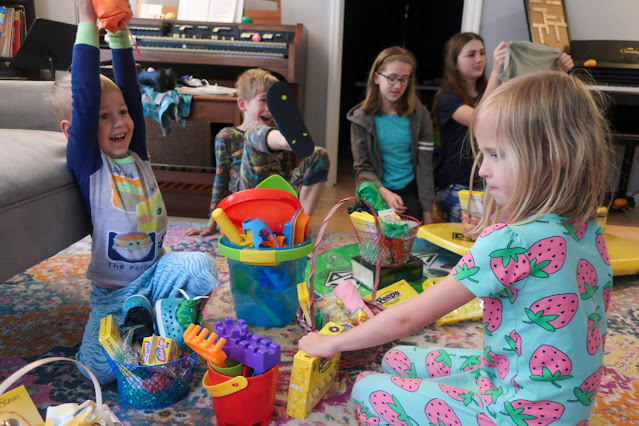 And here's Zoë excited about her unicorn sun/rash guard: 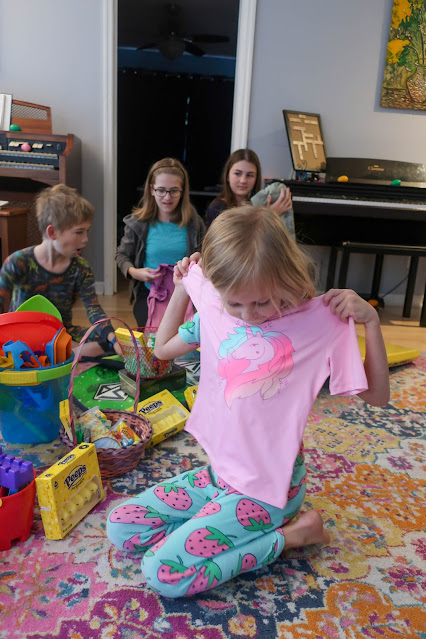 Alexander also got a new pair of slip-on shoes since he's outgrown all his crocs and he needs something (a) close-toed, (b) waterproof, (c) that he can wear without socks. He had fun clapping them together: 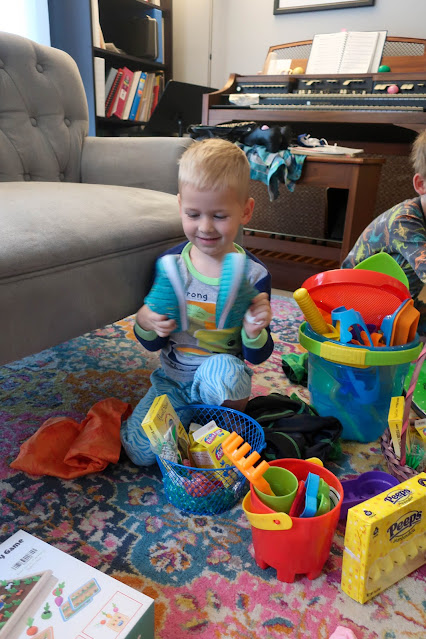 Here's Phoebe with her basket: 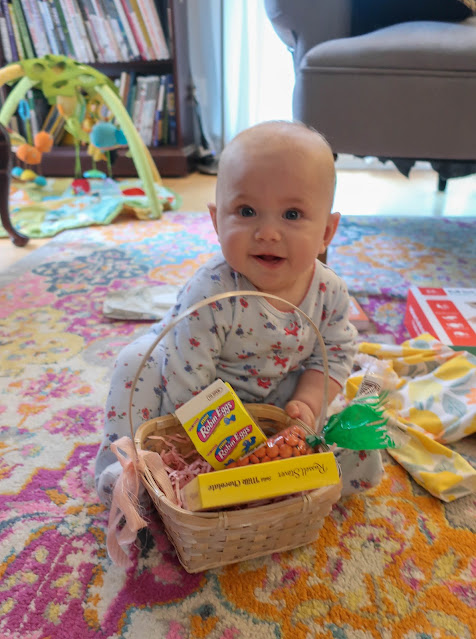 She won't get to eat anything in there; it's just cute to have her picture with a basket, I guess. She got a swimming suit and a fun little matching game.
Benjamin was thrilled to get his own set of scriptures. Both Rachel and Miriam got a set of scriptures from Grandma at their baptisms, but Benjamin did not get a set of scriptures for a number of reasons. For one thing, Grandma has passed away so that meant it fell to us to procure a set. For another thing, he got baptized in the first frenzied months of the pandemic when it seemed like the entire world was shut down, so we didn't really have a way to get a new set of scriptures for him. 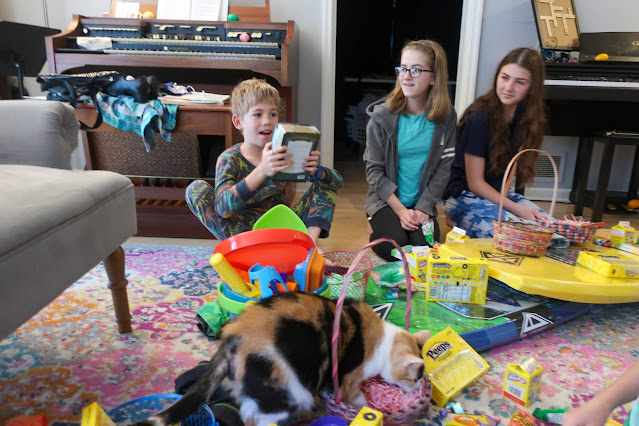 But then the youth in our ward were each given a set of scriptures at the start of the year (I think because they want to encourage the youth to "get off their phones" and bring their physical scriptures to church...don't get me started on that because I agree that phones can be very distracting...but, like any tool, they are also useful when used correctly). Anyway, the girls brought home these new scriptures and were like, "What are we going to do with these?" because they each already have their own set.
Miriam, who has always been quick to think about others, suggested Benjamin as one recipient. So she saved a set for him and decided Easter would be a good time to give them to him. He was thrilled.
Oh, look, here's Phoebe getting into her matching game: 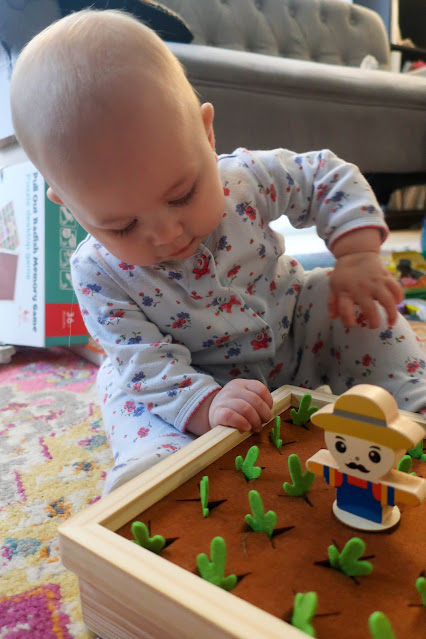 It's a 3D game, where you pull little vegetables out. Each vegetable comes in a set of two, obviously, and you have to match them up. Alternatively, there are "recipe cards" you can try to fulfill instead, harvesting vegetables until you get all the ingredients for your soup (or whatever). If you pull a pesky rabbit (two of the vegetables have a rabbit's face painted on them), then you have to put your vegetables back and start over. 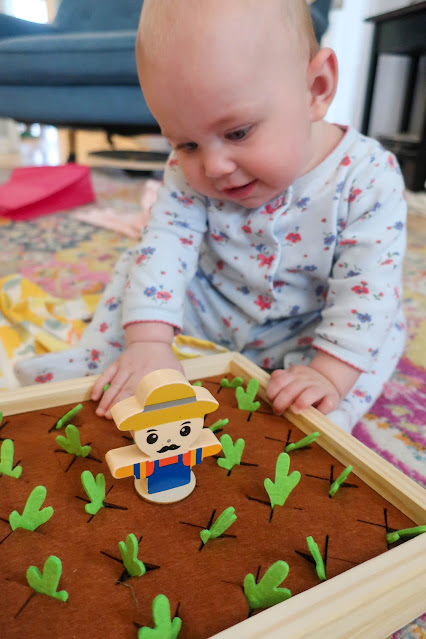 It's a little bit advanced for Phoebe. She'll just enjoy getting to pull them out at all! But Benjamin and Zoë seemed to enjoy it quite a bit when we played it.
Phoebe has been working hard on her sitting-up skills. It's only been a week since I took these pictures and already her strength and balance are noticeably improved. Here she is starting to lean to one side: 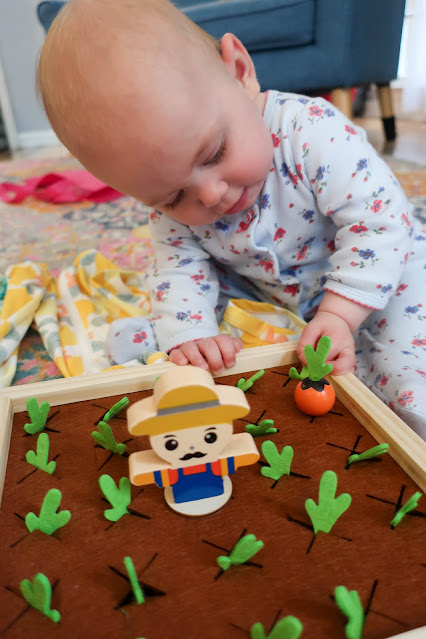 And here she is wondering why she isn't sitting up any longer... 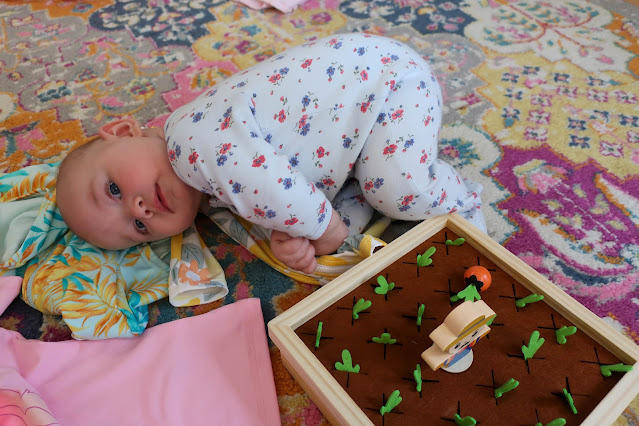 Here's Rachel and Miriam taking a turn (it really is quite fun to pull the vegetables, so I don't blame them): 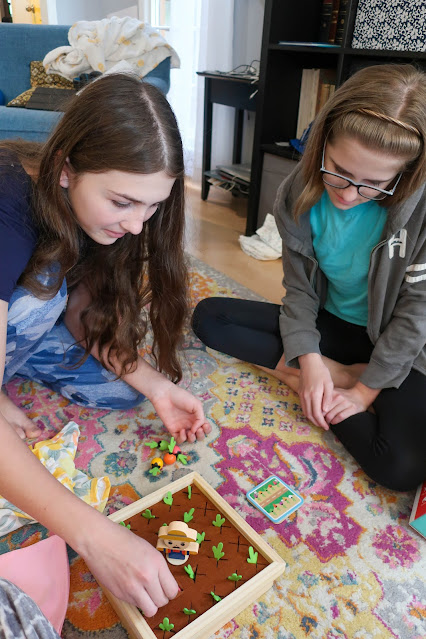 Here are a few pictures of the egg hunt. We set it up inside because it rained all night the night before and everything was wet, wet, wet outside: 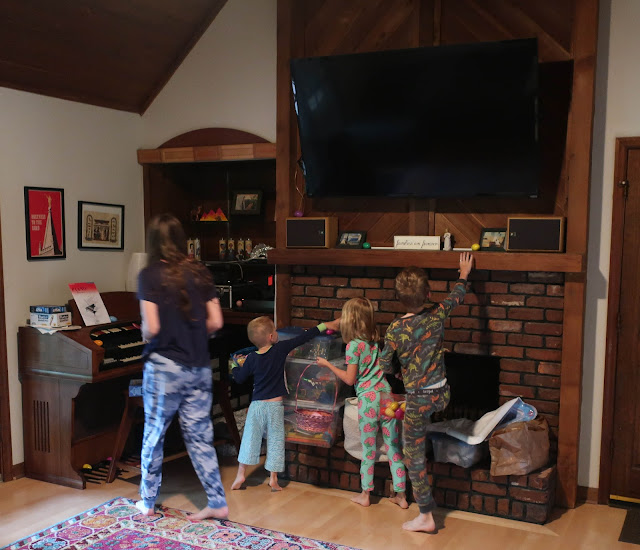 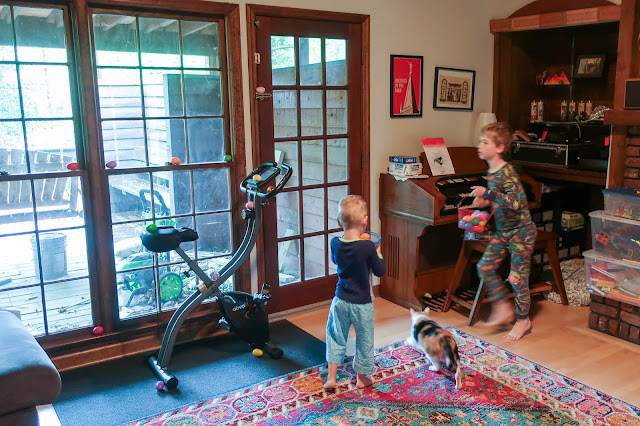 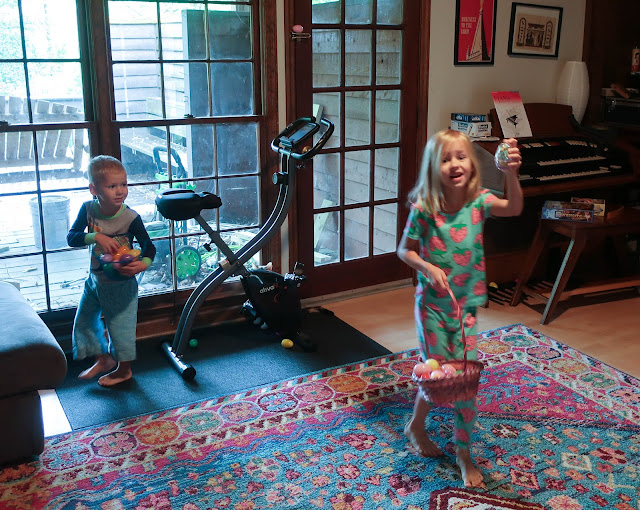 Here's sweet, smiling Phoebe, who I neglected to take any pictures of surrounded by plastic eggs. I suppose the opportunity isn't entirely lost (though I did already put the eggs away and it's, like, finals week so the chances of me getting them out again just to do that are pretty slim): 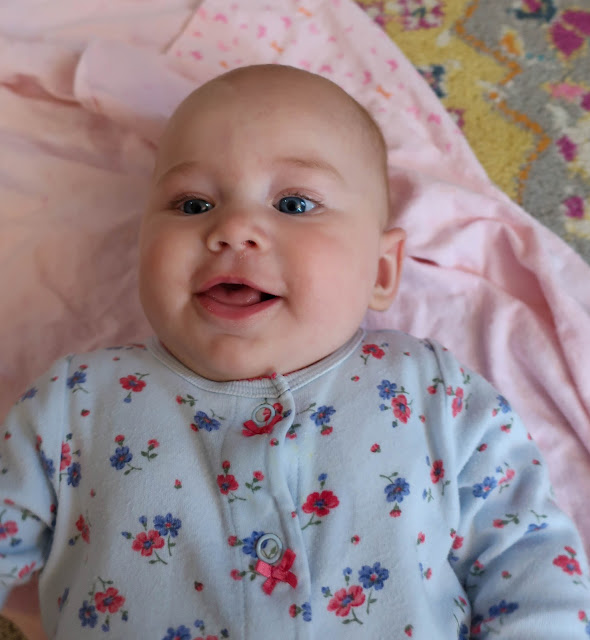 Alexander was so funny about trying on his new shoes. He asked if he could try them on on the carpet because they were "brand, brand new" and thus wouldn't be dirty at all. He was so thrilled to break the "no shoes on the carpet" rule! 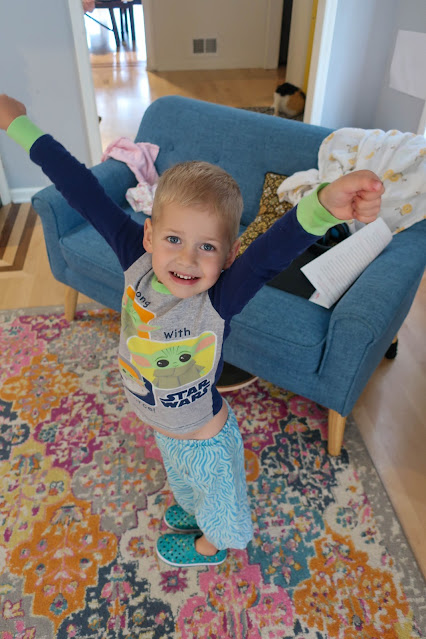 Notice how short his pants are? I've been meaning to line the kids up wearing these pyjama pants we made around Easter a couple of years ago so we can see how much they've grown...but I haven't done that either.
Maybe after finals...
Posted by Nancy at 10:13 PM