Grandpa picked up the five big kids on Friday morning and took them on a field trip to Kennesaw Mountain National Battlefield Park. It was their second time going (we took the kids in October of 2019...without Alexander's stroller), so they knew a bit of what to expect, but it was fun for them to go with Grandpa, who is a bit of a history buff.

He came armed with little worksheets about the Civil War that he'd typed up and printed out. He challenged the kids to fill in answers they knew on the way there and my kids, being the smart alecks that they are got a little creative with their answers. For example:

Question: What was the first battle of the Civil War?

Grandpa walked them through the museum and helped them find all the answers to the questions. And now even Zoë can tell you that the Civil War started in 1861. I was glad to have Grandpa take on this subject because there is so much about US history that I...don't know...or care...to teach my kids, so I feel like I'm often learning right along with them. For example, when they got home Grandpa quizzed the kids by saying, "Who was the president of the Confederate States?"

"Davis?" I ventured with a whisper.

"JEFFERSON DAVIS!" all the kids yelled.

Not that there's anything wrong with exploring history together with my kids (we do that all the time), but it was also kind of nice to let someone else share what they (confidently) know about history.

Rachel took pictures of their trip, which she shared with me. Here's the crew before heading up the mountain: 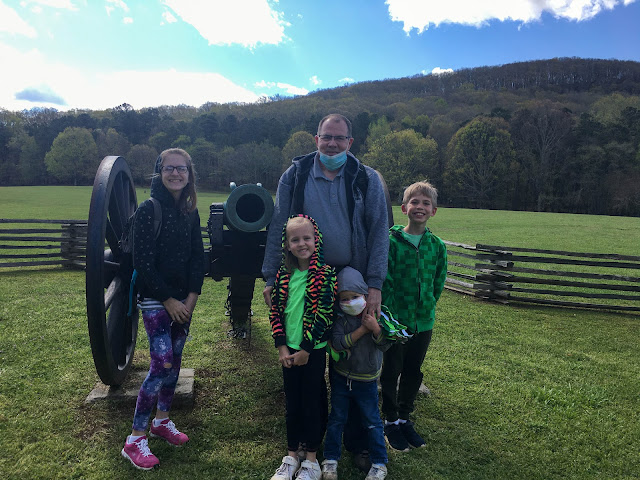 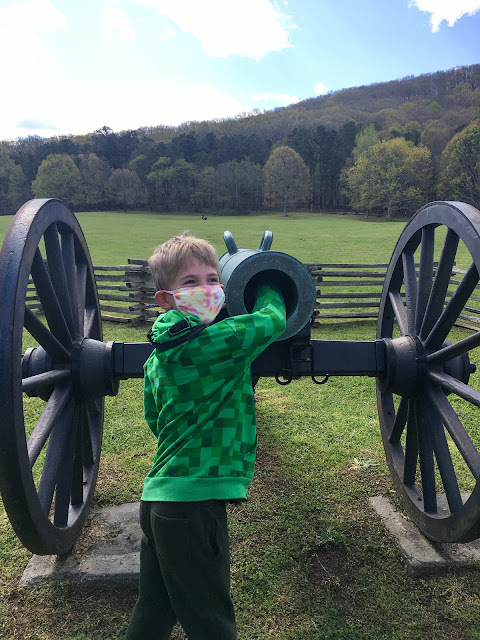 And here is a hilarious montage of Benjamin playing dead in front of every sign. It's funny because the first time we hiked the mountain (in 2019), Rachel thought that CORPS was "corpse" and that these signs were marking...corpses...left behind during the Civil War. I don't quite remember what these markers are for, but they run up and down the trail. 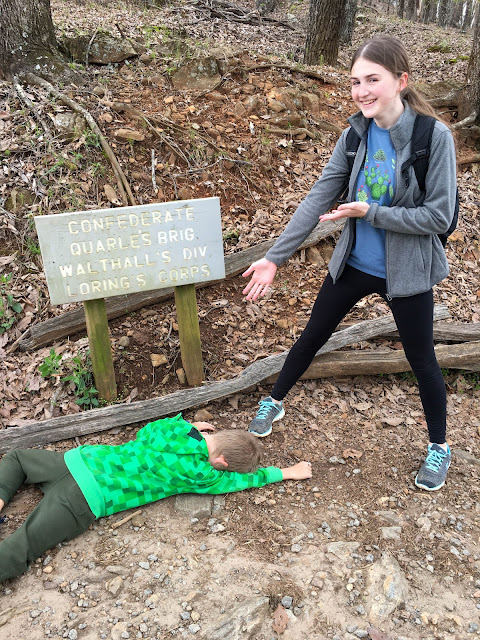 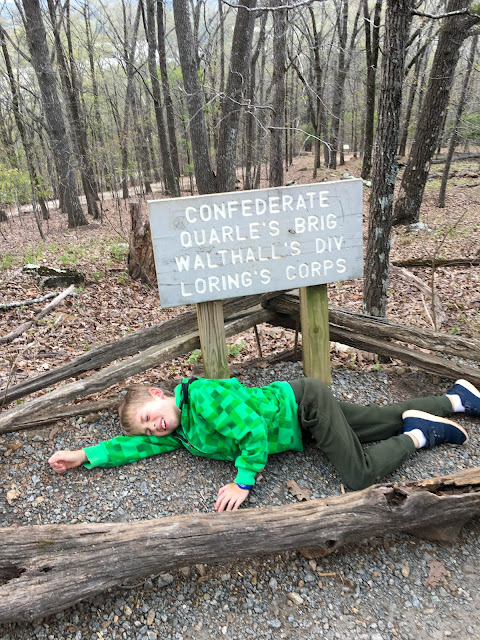 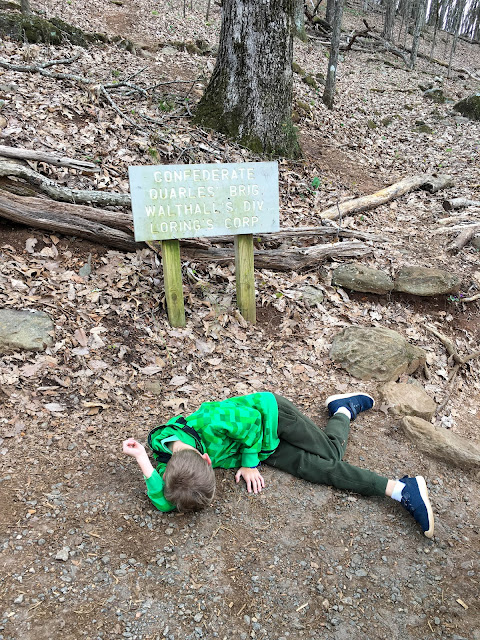 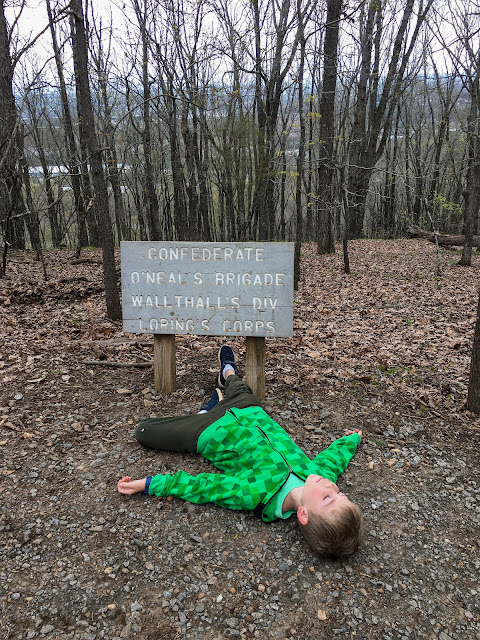 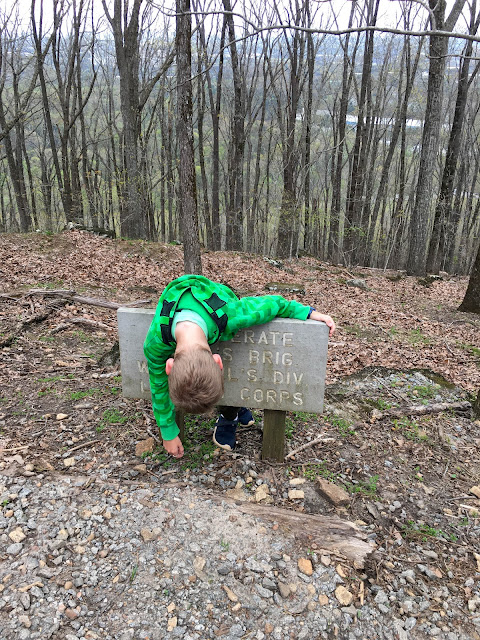 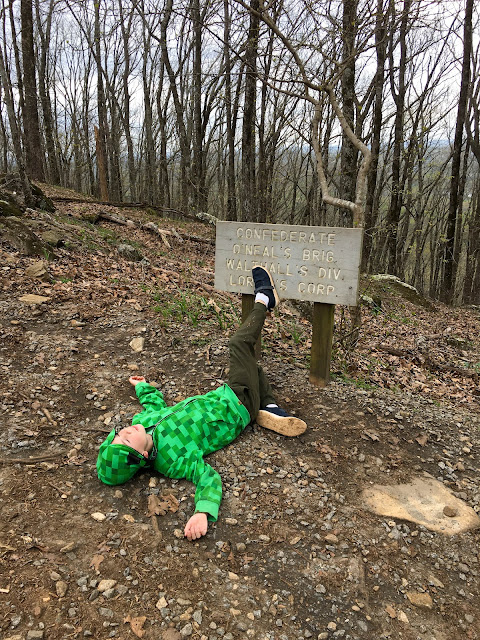 Here are the kids near the peak (it's a short mountain): 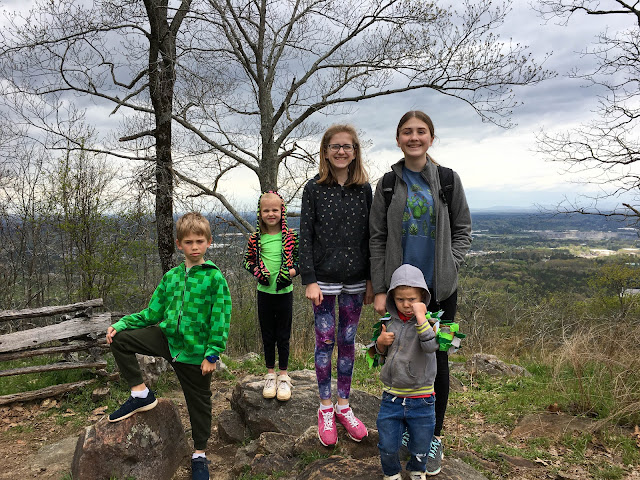 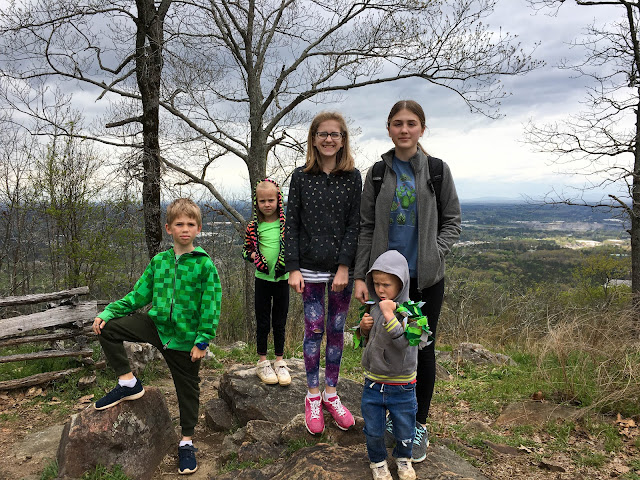 Here's the view of downtown from Kennesaw Mountain: 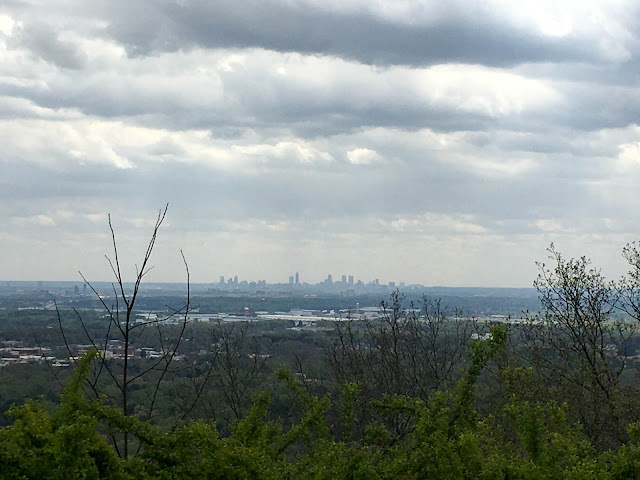 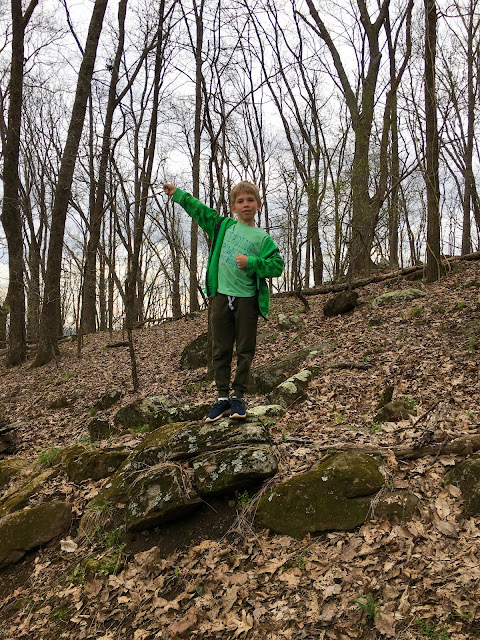 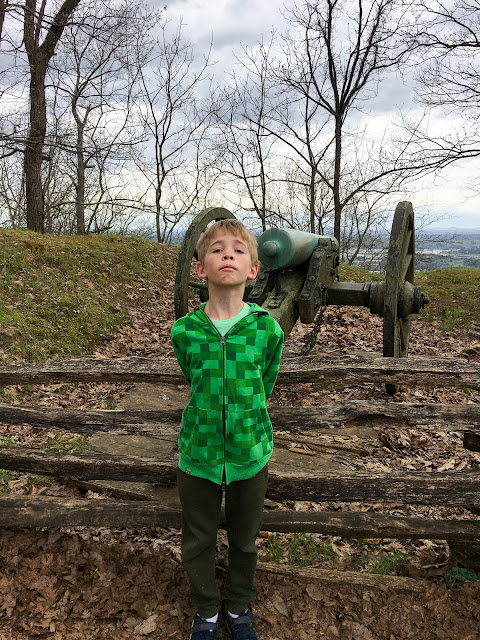 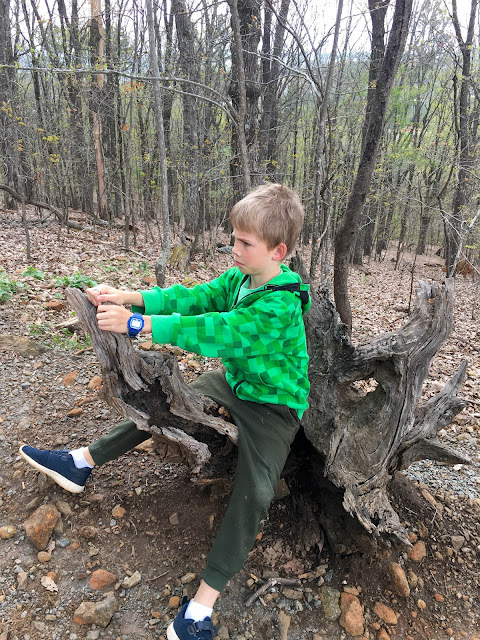 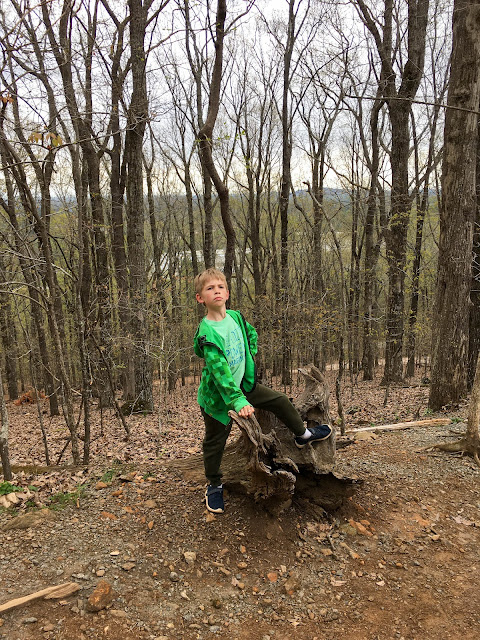 They had a wonderful time and learned a lot and I got so much work done! It was a great day!