A boy and his tie

My friend Lindsay recently had a baby—third boy in a row (though the oldest is a girl). Rachel treated this as some sort of travesty when she found out the gender.

"Is the baby home?" she asked while we were on our way to deliver dinner.

"Yes, but we won't ask to see it. It was a preemie-born like Benjamin so we have to keep it extra safe from germs."

"Timothy!?" she repeated in disgust. "It's a boy?! They already have two boys. They should have had another girl."

My friend Kim just had a baby—third girl in a row (though the oldest is a boy). Rachel treated this as if it was just as it should be.

Kim's getting ready to move so she's offloading a lot of stuff. She brought over five garbage bags of little boy clothes that had just been sitting around in her attic for the past, oh, eight years, waiting for another little boy to come along and need them (but no little boy ever came, though three girls did). I dug through them and found a few treasures, like this lovely Sunday shirt: 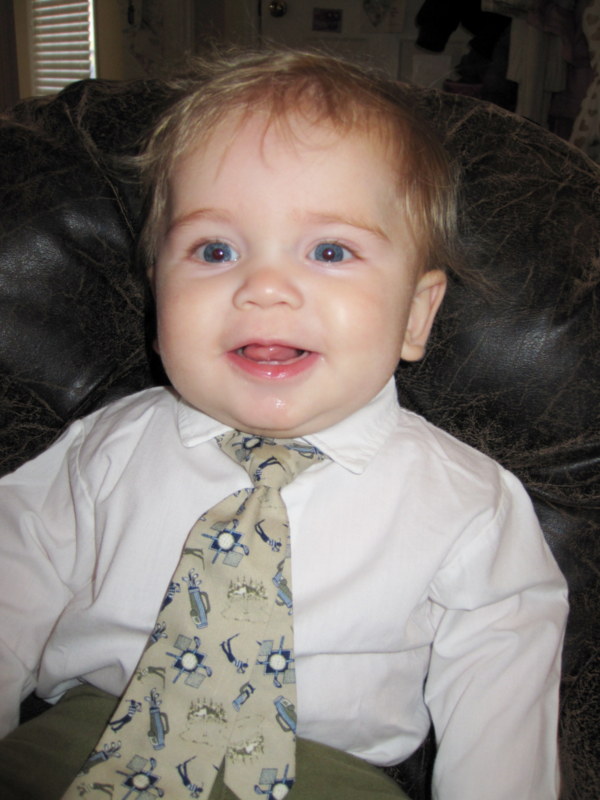 The tie came from cousin Kayl but we didn't have a collared shirt to go with it until now. Benjamin wore his new Sunday duds for the first time today and looked like a regular little man. I wasn't too sure about putting him in a dress shirt because he's so spitty/drooly but it turns out that a baby tie doubles as a very narrow bib. His shirt was still relatively dry and clean-looking at the end of the day!

The girls had to jump into his photo shoot, of course. So here's Benjamin and Miriam: 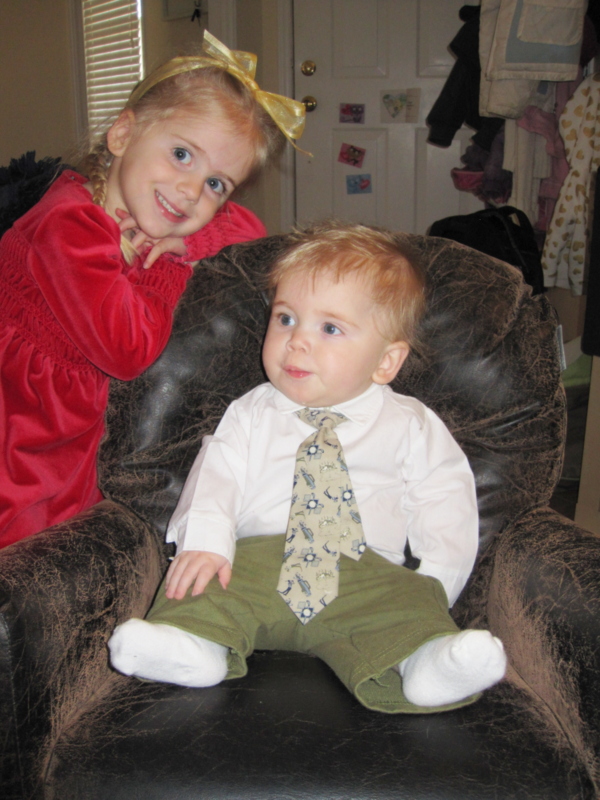 And here's all three kids together: 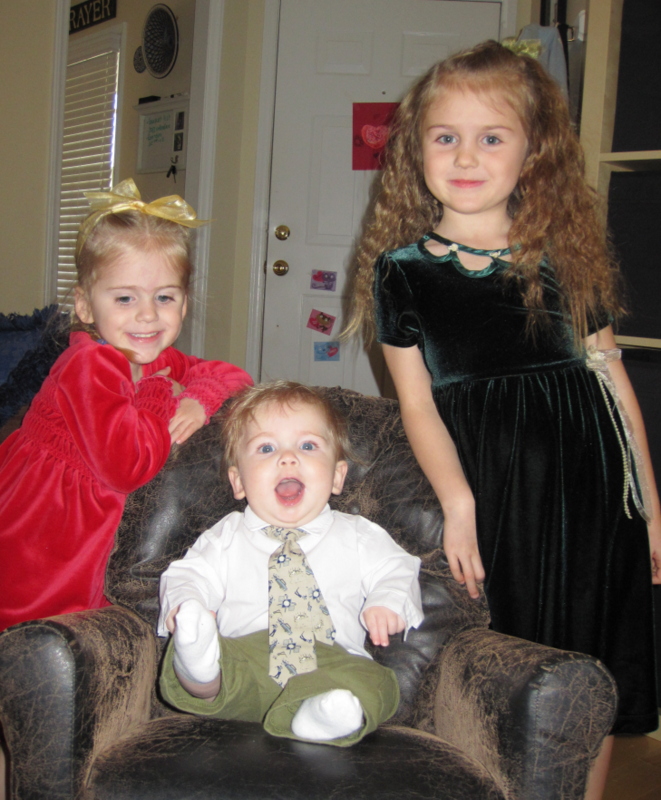