Alexander is ten months old today and he has a little something to tell you: 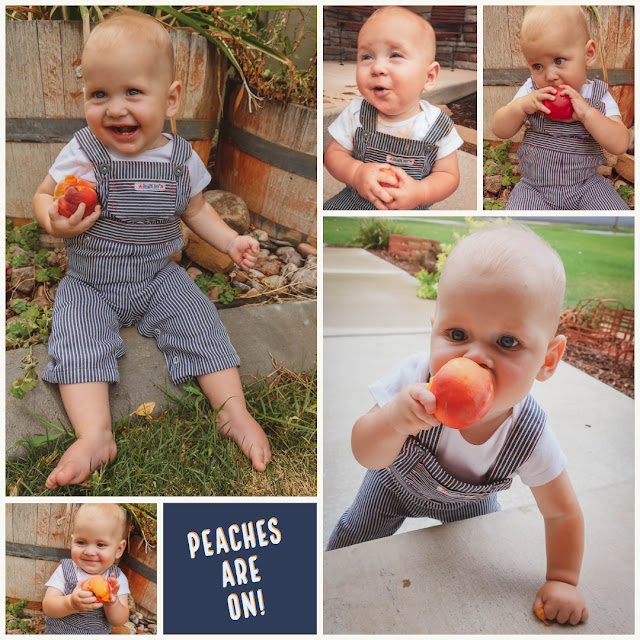 Peaches are on! And, boy, are they good! 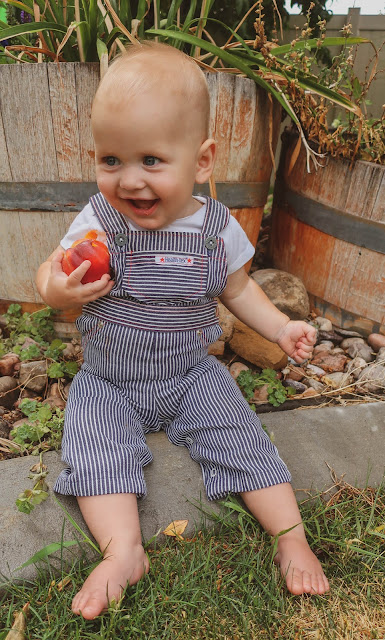 Alexander, Zoë, Benjamin, and I spent some time harvesting peaches this afternoon (when the air was a little less smoky than it is in the mornings). We collected three big bowls full...and snacked on a few. Alexander snatched a peach and started chowing down on it. He loved it so much! I tried taking it away several times but every time he started crying and frantically trying to get it back so I just let him keep it. He ate it right down to the stone. 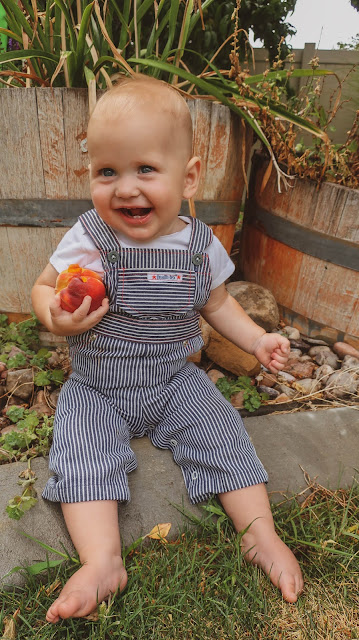 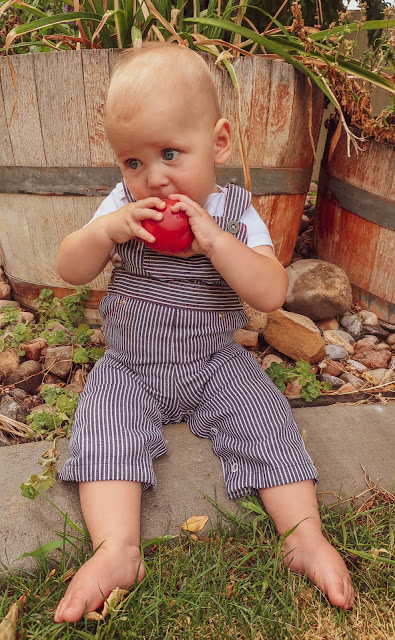 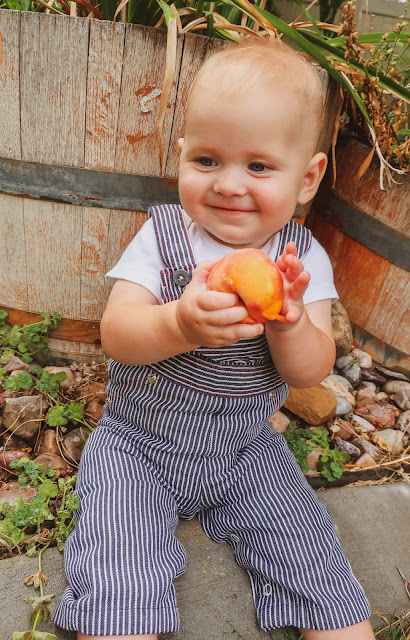 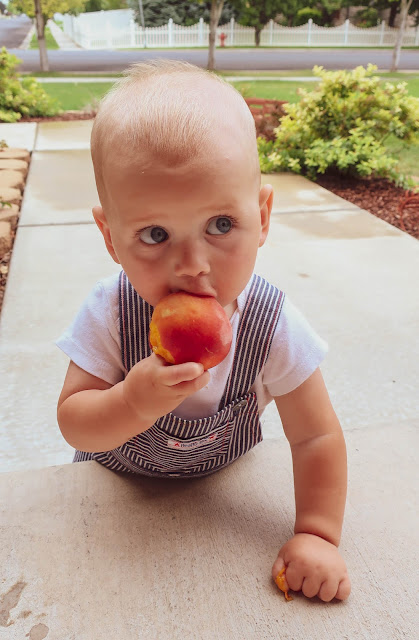 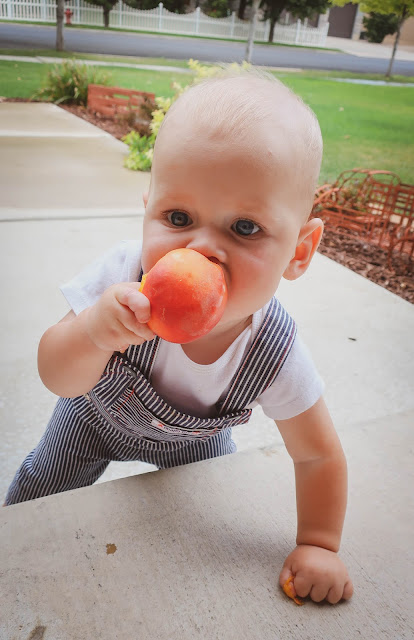 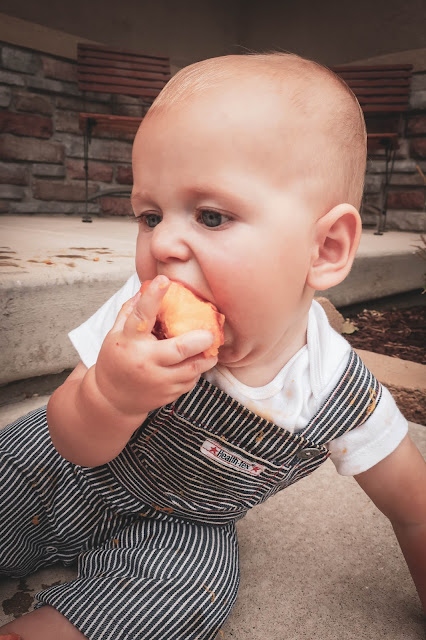 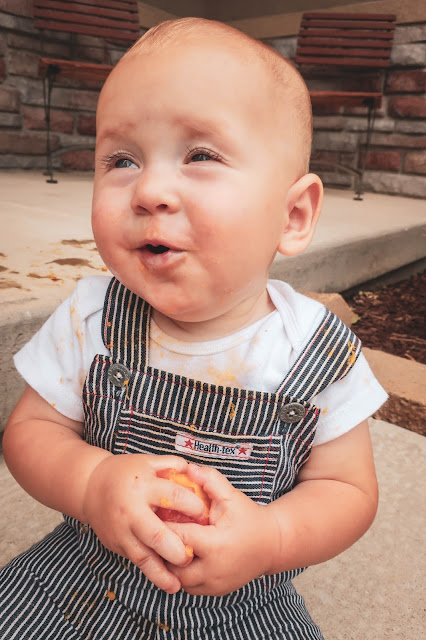 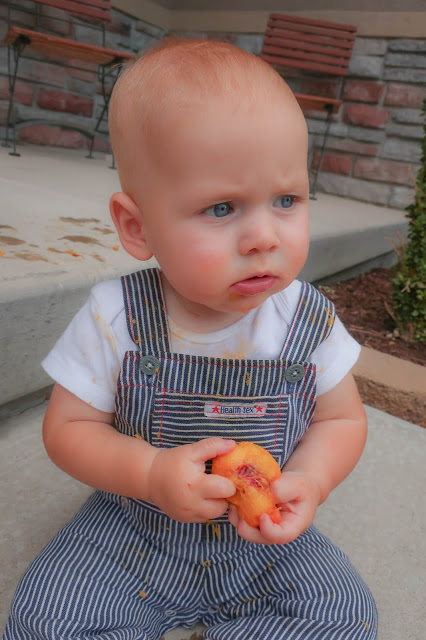 He snatched another one from the bowl when we were on our way inside, so I let him finish that peach as well. That's a whole lot of peach for such a little guy! 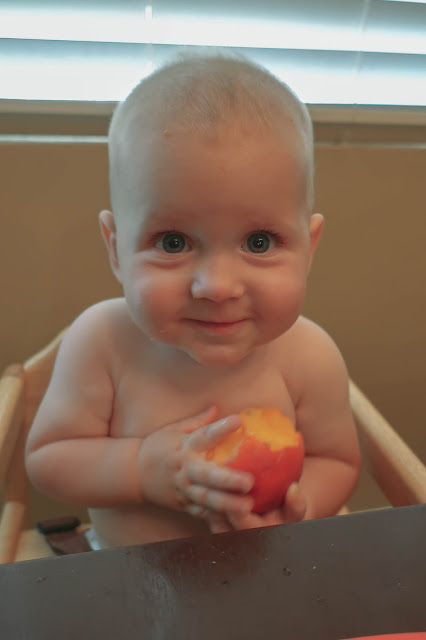 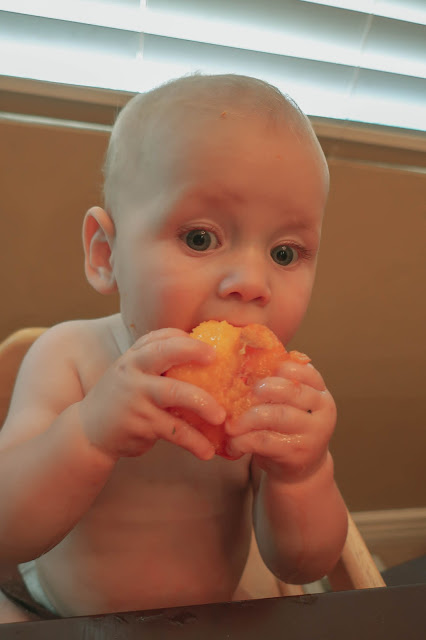 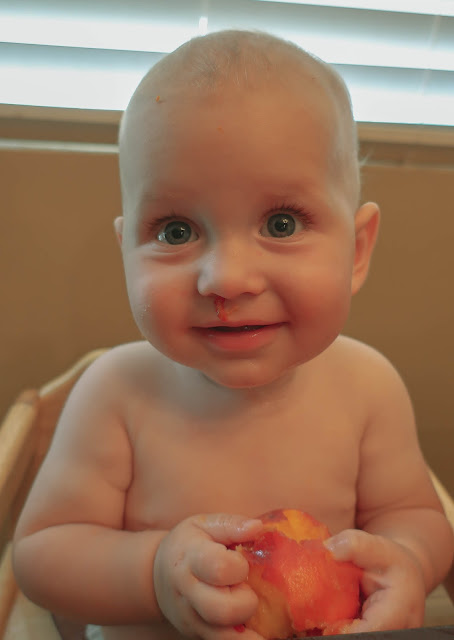 He was getting so terribly messy inside (even while sitting in his diaper in his high chair) that I decided to move him back outside to finish his peach. It was frustratingly slippery for him once he'd gnawed all the skin off. Here's a picture of it slipping out of his grasp just as he was going in for a big bite: 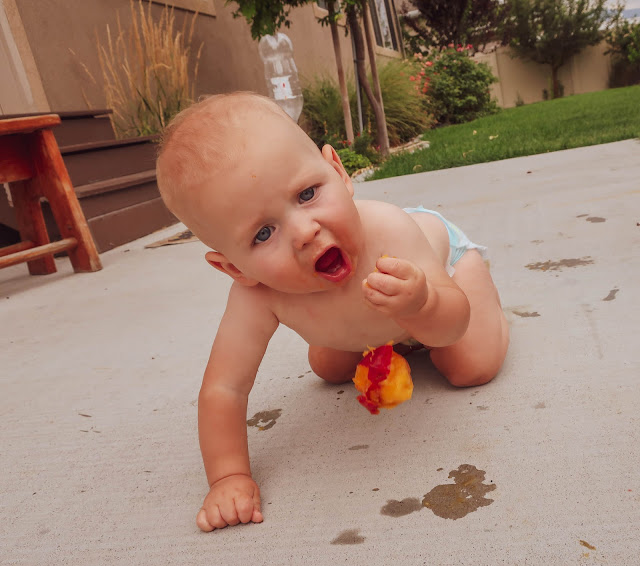 He is too cute for words, but I'll do my best to tell you a little bit about 10-month-old Alexander.