Thursday was quite a busy day on the end-of-school home front: Zoë had her preschool graduation, Benjamin had his reader's theatre performance, Rachel had a 10-mile hike and both Rachel and Miriam had an after school pizza party for the CLIMBers club (the gifted program). It was exhausting but we made it through!

Benjamin's reader's theatre was surprisingly well done. There are four first grade classrooms and they all did the same few stories, so the teachers worked together to collect some spectacular props and costumes (we didn't even recognize Benjamin when he walked in with his class). All of the children had their lines memorized—which was particularly shocking for me because Benjamin's line was lengthy and complicated and he delivered it spectacularly.

He was even called on to fill in for "the king" in another class's performance when their king came down with a serious case of stage fright and was unable to perform. The teacher came jogging down to Benjamin's classroom to ask if they had a king they could borrow and his teacher said, "I have a wonderful king!"

So Benjamin got to do his king part twice!

Here's a video of Slurping Beauty (his big line starts at 1:07 and that evil fairy wouldn't stop waving her wand in front of his face (not that the little girl is evil...she just literally plays the role of the evil fairy and won't put her stinking wand down)):

Here are a few pictures that I nabbed as well: 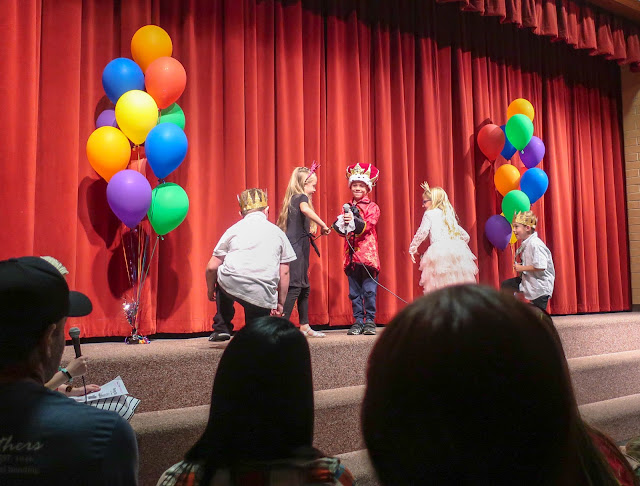 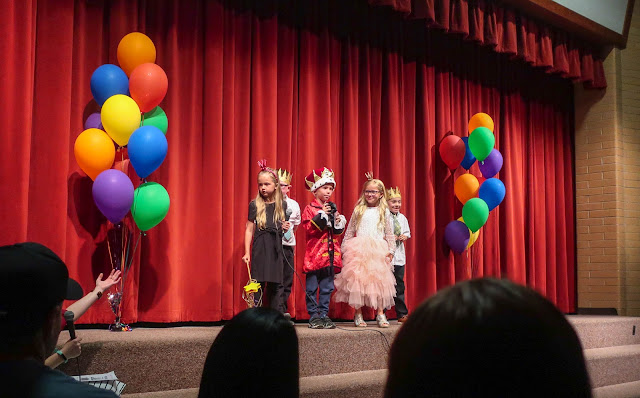 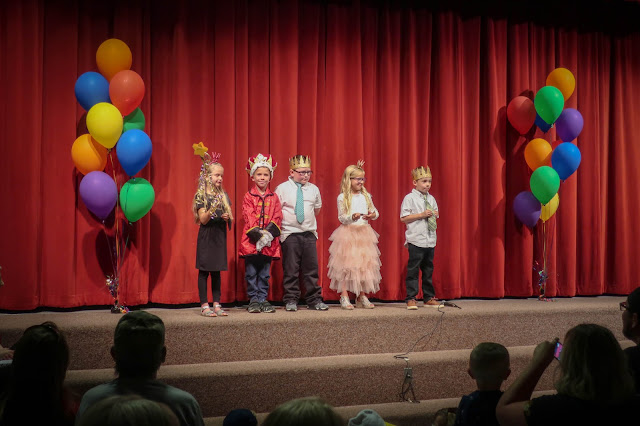 The form about the reader's theatre came home while we were in Georgia, so when I found it I frantically searched for pertinent information (1:15, Thursday, black pants and red shirt) but didn't really take the time to digest all the information on the form (I was nearly drowning in school papers when I came home) and was thus quite surprised when I saw Benjamin up on stage again immediately after taking his bow.

This time he played the role of Mr. Twee, one of the emperor's advisors in The Emperor's New Haircut. He had such a quick costume change that he didn't ever quite manage to get his vest on the right way (it was upside down or inside out or something and he was fiddling with it the entire time) but he played an excellent Mr. Twee. And the costume was ordinary enough that Alexander recognized that it was his brother up on stage (he had no idea that Benjamin was the king in the first story).

"BEN! BEN! BEN!" he hollered and Benjamin gave him a cute little smile. 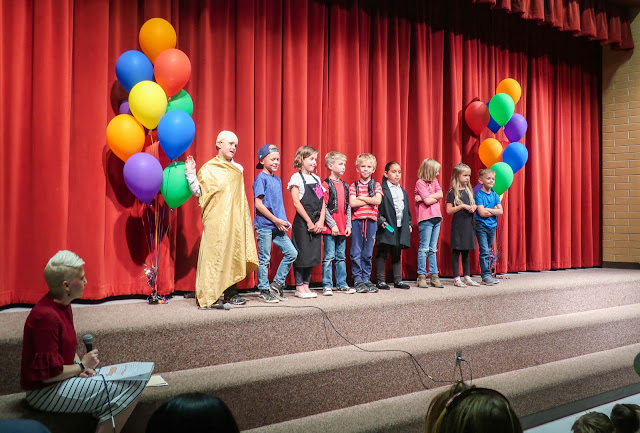 After all the stories had been told we headed down to Benjamin's classroom to eat cookies, watch a slideshow, and have Benjamin show off some of his work from the school year. This was actually a rather emotional thing for me because I could see how much my little boy had matured, how dependable and well-behaved he is at school, and also...what a crummy year this has been overall.

A lot of his assignments were just little gut punches. His sweet teacher was a social worker/counselor/something like that before becoming a school teacher and as crisis after crisis came up in our family (and, I imagine, other families) his teacher responded by designing assignments to help the children work through these big emotions, allowing them an outlet to explore these complicated things. Benjamin had quite a bit of exploring to do this year and while I had my issues with his teacher at times (seriously—keeping him at the same reading level for the entire school year just because he'd already reached the reading goal for the year?!), I will forever be in her debt for taking care of my sweet little man and helping him grow up to be good. 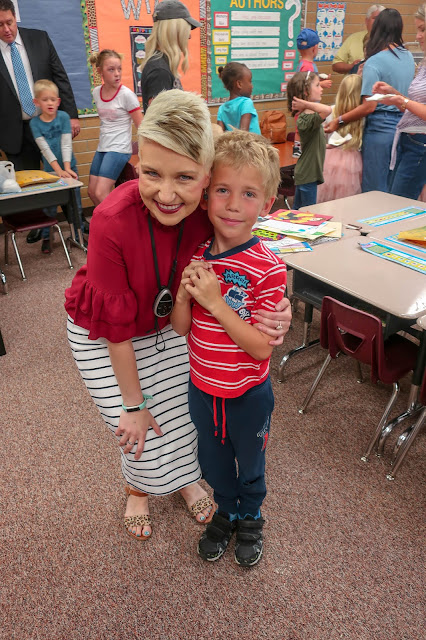 And here's a cute picture of Benjamin and Zoë. She wore her little graduation cap to school and when he saw her—even though we were there for him—he picked her up and hugged her and said, "How was your graduation?" 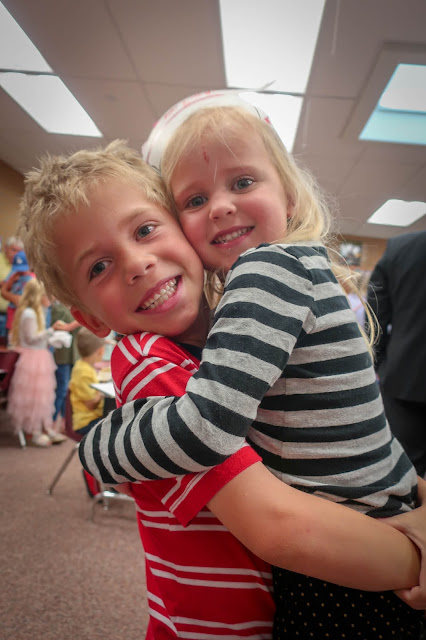 He took her all around his classroom and showed her everything and was just so kind to her, and she just gobbled up his attention and worshipped every step he took, which was wonderful to see because sometimes my children don't respond quite so positively to each other... 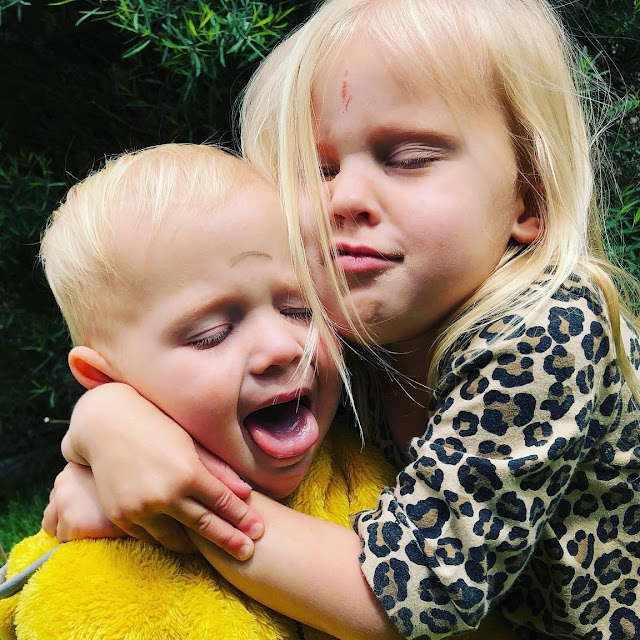