My cousin Heather emailed me sometime in April to say she'd be coming to town (with her new husband and children) the last week of June, wondering if I'd be around.

Somehow she missed the news that we were getting ready to move to Georgia, but all the stars aligned and we were able to get together the day before we moved. My mom rented a pavilion at a park and we had a lovely family pot luck dinner. It ended up being a spur-of-the-moment reunion, which was so fun!

All of my mom's siblings were there—her sisters came in from California and Alberta, and her brother is local, so he was there, too! It's been a few years since they've all gotten together (I think the last time was when we were visiting the summer after Zoë was born).

It was so great to see everyone...and also a little sad because it was the day before we were due to take off and I was realizing how much I would be missing out on. Or, at least, potentially missing out on.

We all took turns lamenting that we "never get together enough!"

And, frankly, that's true! We never do! It seems to always take a special event to pull everyone together: a wedding, a funeral, or a far-away cousin coming into town for a visit. So isn't it nice for certain cousins to spread their wings and fly far enough away that when they return for a visit everyone gets excited and gathers together?

We're taking one for the team in that department, I guess. The next time we come into town we'll probably see more of everybody than everybody usually sees of each other.

Anyway, I didn't take many pictures of the event (I was too busy trying to talk to everyone), but I did eventually give the camera to Andrew and he took a few.

Here's Josie with Alexander. She was excited that he walked up to her and asked to be picked up (and then trailed her for the entire evening, begging her to play), but a little sad, too, because he would pick the day before we moved to be the day that he decided he liked Auntie Josie! 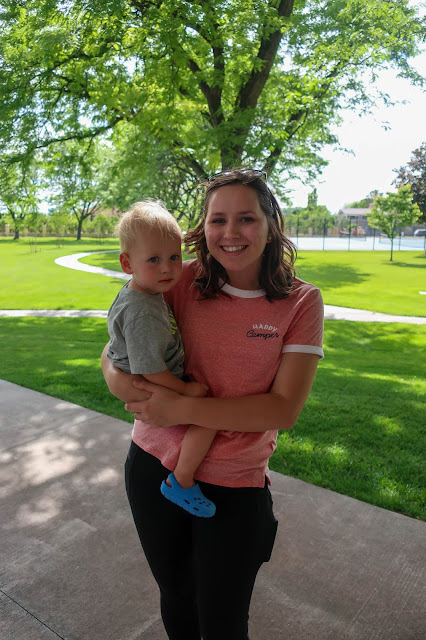 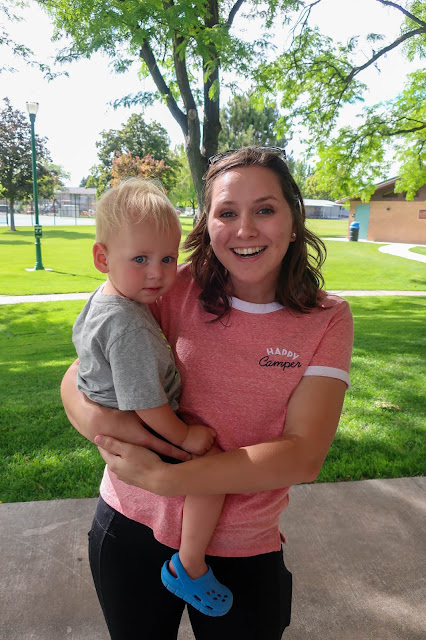 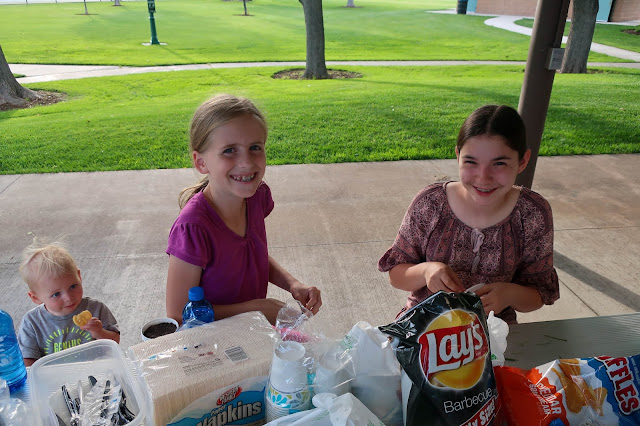 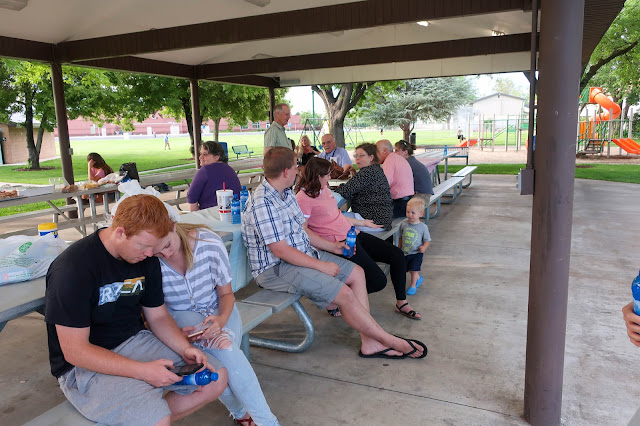 Here are all the cousins we were able to gather:

That's 7 out of...however many cousins there are. If I were to count the pictures my grandma had over her piano, I'd count 18 cousins. Things were so cut and dry when I was a kid; it was easy to count the cousins. But we've done quite a bit of mix'n'matching since I was a little girl and I can't be sure how many of us there are these days. I don't know who wants to be counted as a cousin and who doesn't, but we're a pretty accepting bunch so I think the rule is basically that if you want to be considered a cousin, you're in.

The Eldredges were there as well, which was fun! I haven't seen D and E since our honeymoon! They were gracious enough to take pictures of our little clan (though they're close enough that they feel like cousins as well (they are fourth cousins with my mom and her siblings, I think, and first cousins with my Uncle LeRon). Anyway, here's our crew: 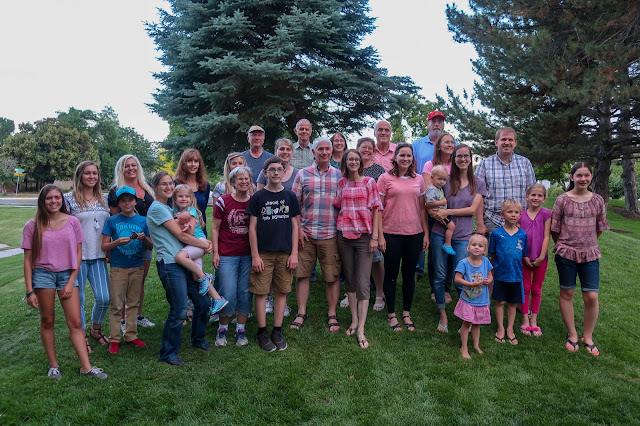 They're a wonderful bunch of people!

This coming week I'll be missing out on the big Hancock reunion (once again), which is rather disappointing. But, honestly, it's hard enough just getting my mom's siblings together (let alone cousins—I don't think all the cousins (not even the 18 Piano Cousins) have ever all been together) that getting my great-grandparents' progeny together is a real hat trick—that I think it's about time to retire the idea of a Hancock reunion...which means that it's time to plan an official Conrad reunion...
Posted by Nancy at 12:40 AM