I spy with my little eye...

We lost our painter's tape the other day and after searching high and low for it we finally gave up and added it to our ever-growing list of things to pick up at the home improvement store. I finally found it when Andrew was already on his way home with another roll. It was sitting on our blue bean bag chair, perfectly camouflaged. 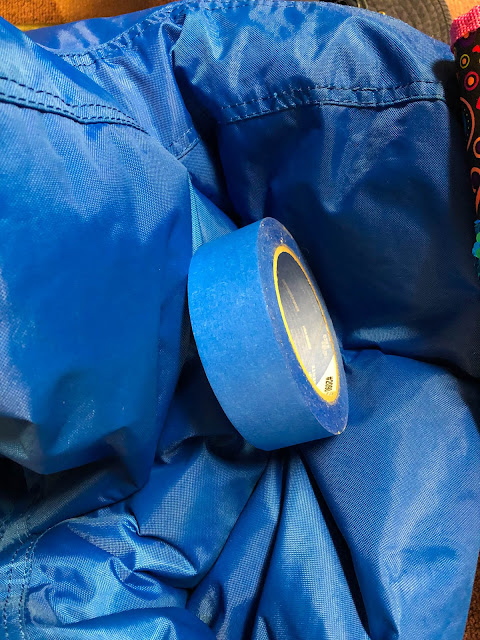 It's fine, though, because we went through that entire roll and have just about used up the newer roll as well. I snapped a picture of the tape and sent it to Andrew so that he could laugh about its hiding place as well, but also because it reminded me of this picture I took of Alexander's feet at the playground the other day: 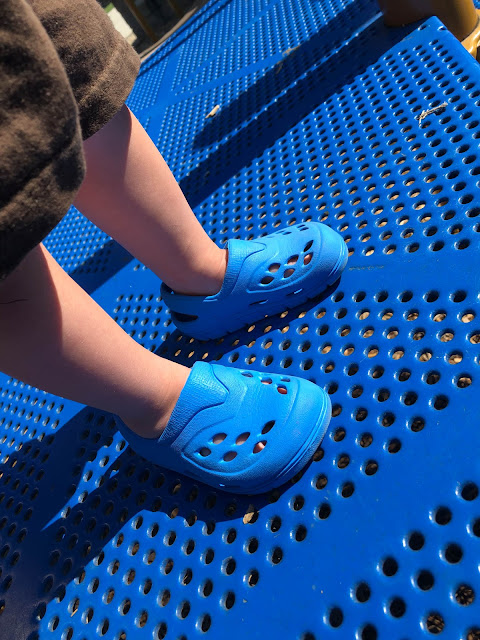 We're so good at blending in to our surroundings!

And speaking of painting and playgrounds (or parks, rather, because I actually didn't take many at the playground itself (other than Alexander's shoes), here are some pictures of us painting the basement and playing at Jones Bridge Park (the one that I can never say because I always want to say Jones Brig Parch)...

It's no surprise that we spent most of our time down in the cool waters of the Chattahoochee. Everyone else seems to congregate along its banks as well. The second time we went there the playground was deserted but the parking lot was full—turns out everyone was down at the river, escaping the heat of the day. 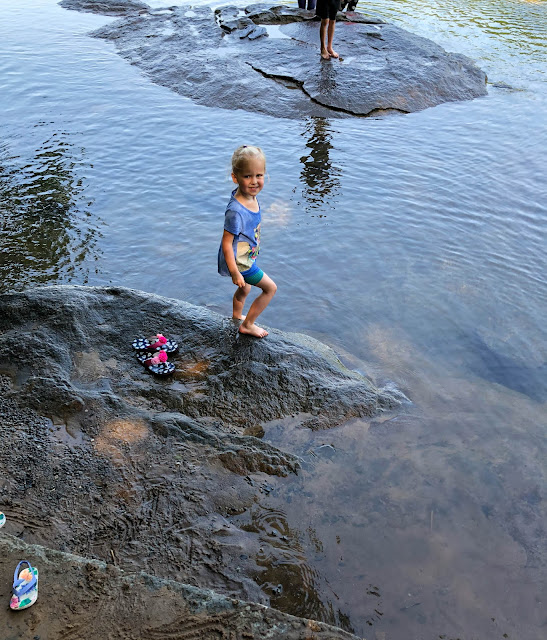 I wondered why the water was so cold. I had expected it to be nice and jump-on-in worthy (like the Eno River back in Durham), but it's not; it's like 50°F (10°C). As it turns out, the water is released from the bottom of the Buford Dam, where, I suppose, the water never gets a chance to warm up. So it's chilly but refreshing (in a makes-your-feet-want-to-scream way). 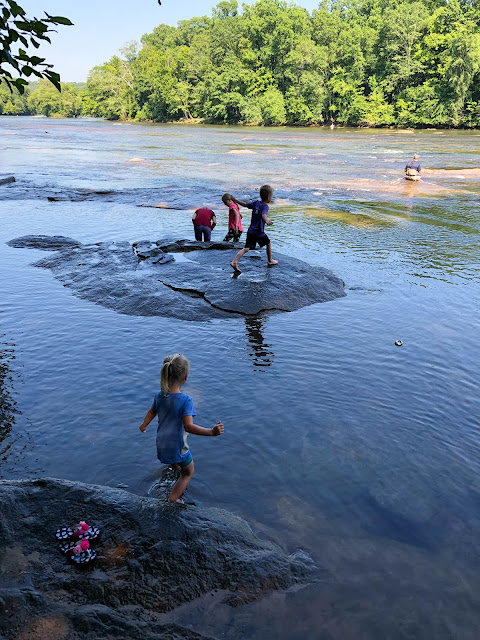 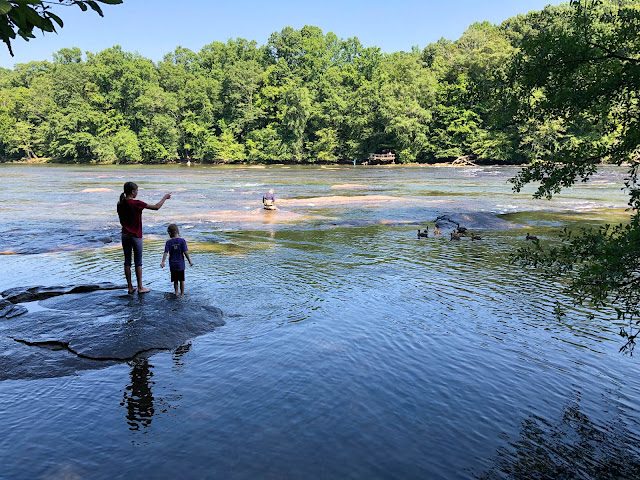 I don't know how Alexander is able to plunge his whole little body into the river, but he does. The rest of the kids did, too, but for some reason I expected at the least the baby to shy away from the cold water. But it's water so...in he goes. 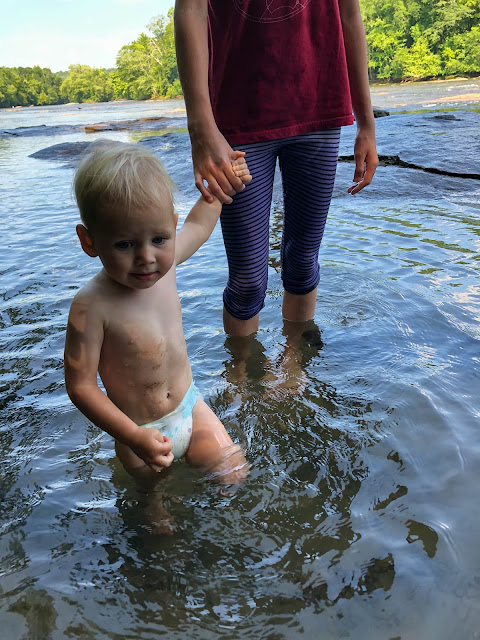 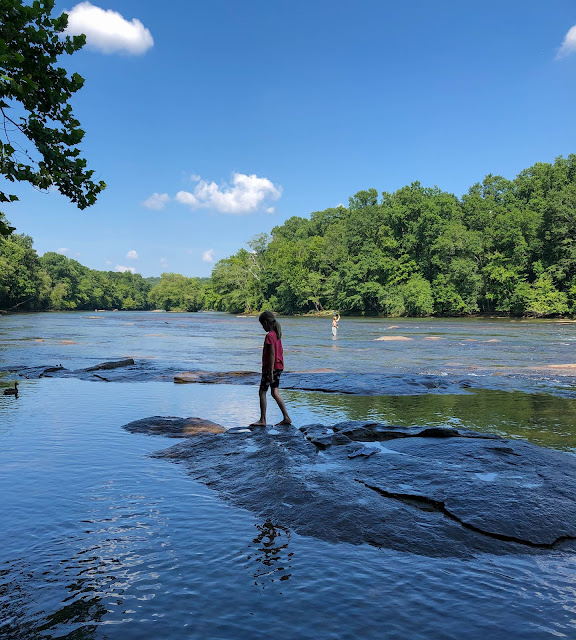 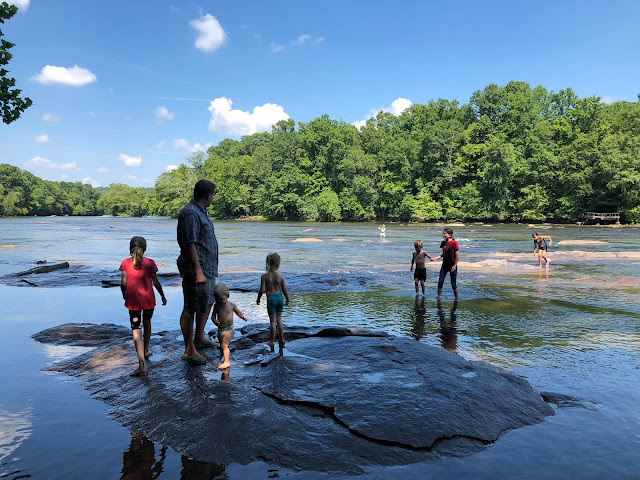 And here are the painters hard at work: 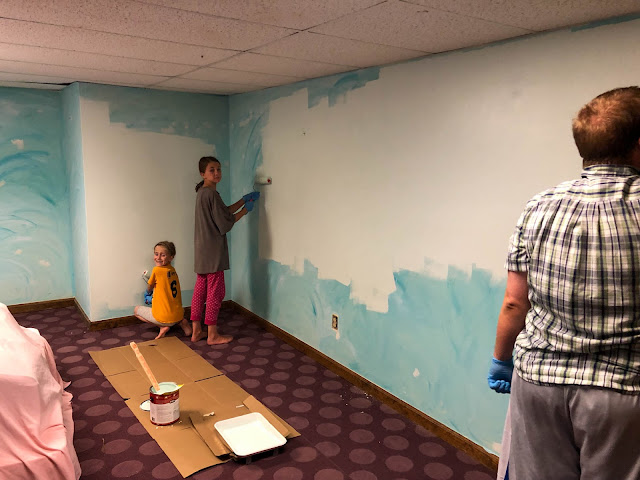 The girls chose "rise and shine" yellow and "seafoam" blue/green and it seems to have made everything a lot more cheery down there. We also painted all the trim and built-ins white. I suppose we'll do official before and after pictures later, but for now here are some more action shots: 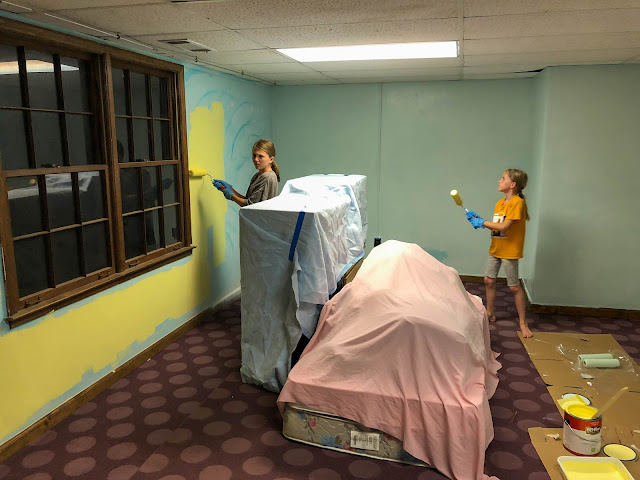 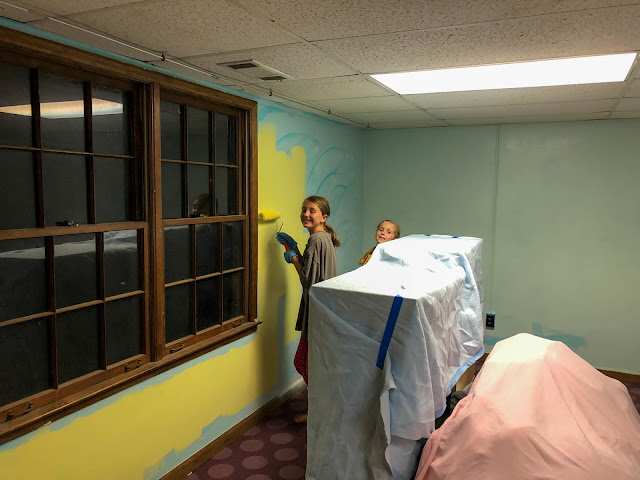