Living on a hill presents some challenges aside from backing out of our driveway.

"She's still complaining about backing out of her driveway?" you're asking yourself. "Cry me a river!"

Here's a view of our front waterfall driveway in a rainstorm last night:

Our home inspector suggested that we go out in a heavy storm to see just where water is pooling in our yard so that we can divert it away from the house when we need to. The answer, we found out, is that it pools both no where and everywhere. It pools in the front... 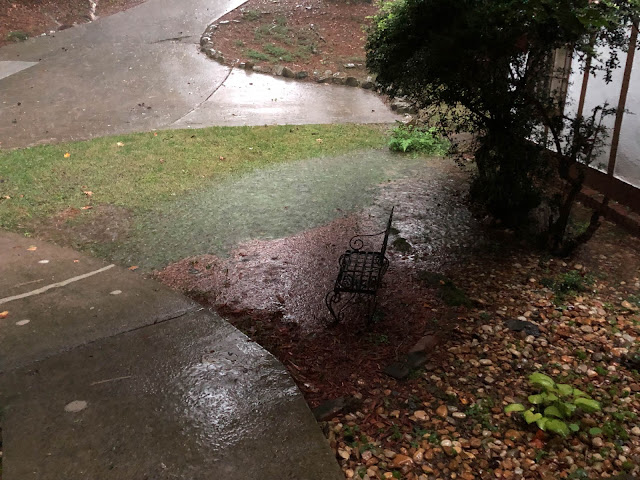 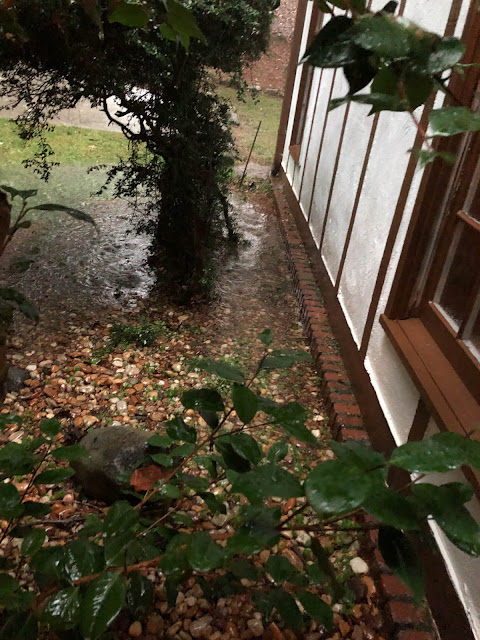 It pools in the side (picture taken through the window, so stuff is reflecting back, but you get the picture): 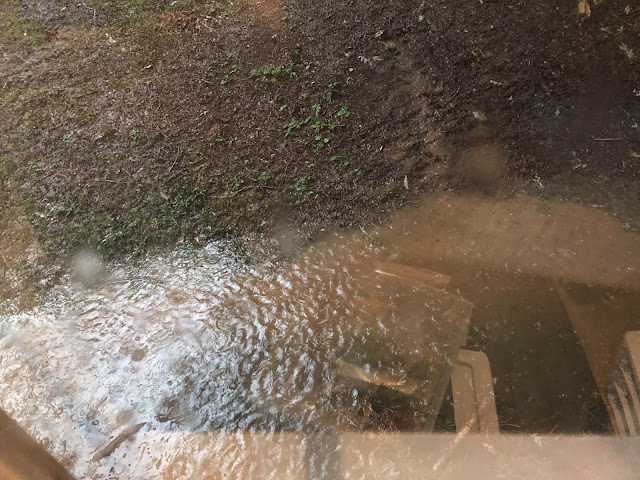 I'm sure it pools somewhere in the back, too, but mostly it was rushing back there:

Mostly we were trying to observe the storm from covered areas, not because we're afraid of getting wet but because we're afraid of being dashed to pieces by a bolt of lightning. Still, when those little rivers started seeping through our basement walls (and when claps of thunder were more than a minute apart), I went outside in the pouring rain to investigate around where the foundation was leaking.

The picture through the window I'm fairly sure is contributing to the leak, though it's all clearly just running downhill on this side of the fence: 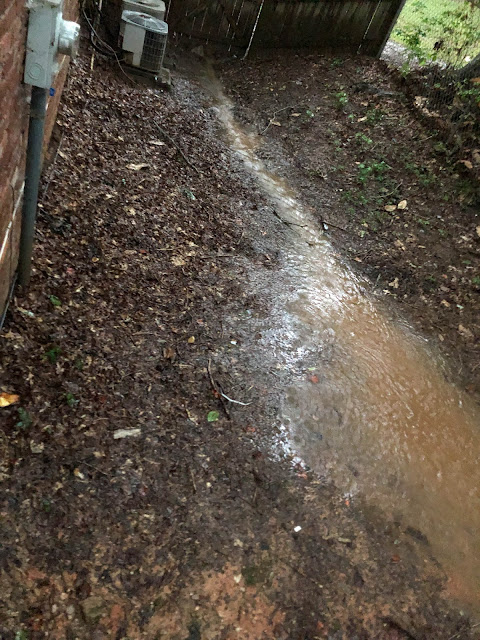 We're super excited to have found another pressing home repair project (<— that was sarcasm, by the way), but I'm hoping to have a quote for waterproofing the foundation soon (and if we can't afford that right now then at least a repair job on the leakiest seams). We've also been dreaming of waste water fixes for our yard and I'm hoping to eventually put in a dry creek bed. There's basically one in our backyard already—but it's a city one and it's behind our fence so it's not ours. We'd like to build one leading to it so that our yard can stop eroding away because the amount of water we're getting is rather insane (which, I mean, we live on a hill so this makes sense).

I have no idea how to build such a thing, really, but I've been reading about it and I think it's doable. We'll see.
Posted by Nancy at 12:39 AM