We only had one hour of church (again) today, so I don't know how we'll even handle two hours next week (and to think we used to be able to sit through three hours). Alexander, who had woken up a smidge too early, was ready for a nap by the time we got to church. He insisted on nursing through the opening exercises (which were long because all we did was sustain people; our ward just got reorganized so it was a lot of people) and was completely zonked by the time we were even halfway through all the sustainings.

And so he missed when his name was called. 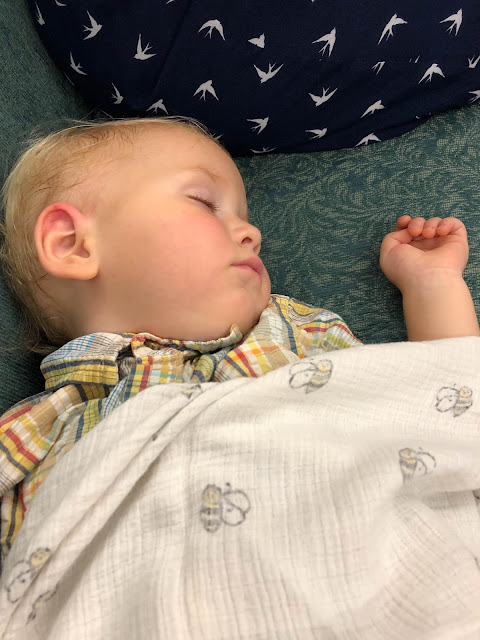 "If we could have Alexander Heiss stand," the bishop said.

I looked down at my baby, who'd just settled down for a long (and kind of strange because he hasn't napped at church in ages) sacrament-meeting nap.

Andrew, who knew the bishop was actually talking about him, gave me a this-is-awkward glance, and then stood up.

"Alexander has been called to be the ward choir director," the bishop continued. "All in favour manifest it."

And the entire ward raised their hands in support of our sweet, sleepy baby becoming the next ward choir director. It made Andrew and I both feel a little giggly. We got it sorted out "in post" when Andrew went to be set apart. But it's still funny.


I had to tell my family right away because when my brother David was about five years old, he was accidentally sustained as the ward clerk (when it should have been my dad's name being called). David heard his name being read over the pulpit and—by age five—was a little more abreast of the nuances of our church rituals, so he soberly stood up on the pew to be acknowledged (I imagine, though I'm not certain, that my dad also stood up).

"What does the ward clerk do?" he whispered to my mom, intent on fulfilling this calling to the best of his ability.

It got ironed out somehow and it really was my dad who wound up being the ward clerk, not five-year-old David.

I wonder how Alexander would have responded if he had been awake when his name was said...

Anyway, after I sent her the news my sister Josie texted back to say, "Well. I’m sure the choir will be weird, but all my best to Alex in his new first calling."

Andrew's pretty excited about his calling, actually. I am, too, because I'm an avid choir-attender (Andrew has been an avid choir-avoider* for most of our married life (aside from when he's been called as accompanist) so this will be interesting for us).

* Though he was in choirs all through high school and college, so what gives?!
Posted by Nancy at 9:50 PM