I spent all day on campus, along with Miriam, Phoebe, and Grandpa (who so kindly rearranged his schedule to shuttle me down there because we were supposed to be having windows be installed today, but the windows were all finished being installed yesterday, so I realized just now at this very moment (9:45 PM) that Andrew could have done the driving, but Andrew had meetings scheduled in the morning and we just didn't think of it until right this very minute). Anyway, I had to run a booth at the Banned Book Fair.
Here's Phoebe hanging out by Gage the UGA Dawgs mascot: 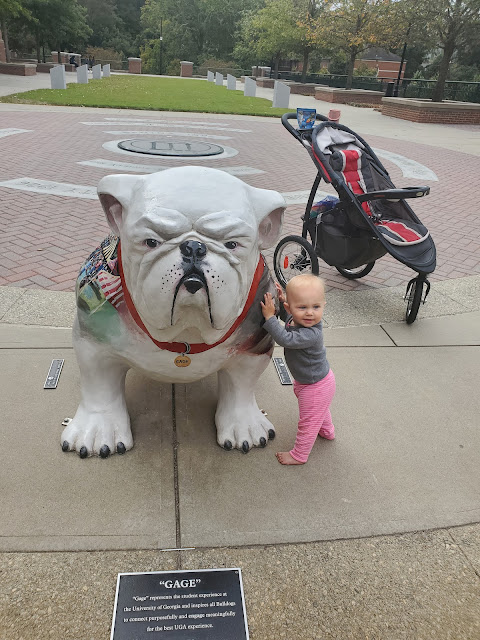 Phoebe helped me while Miriam and Grandpa hit up the art museum, and then they came and took Phoebe for a long, long walk outside while I finished up at the fair.
Here's Phoebe chilling with her air purifier: 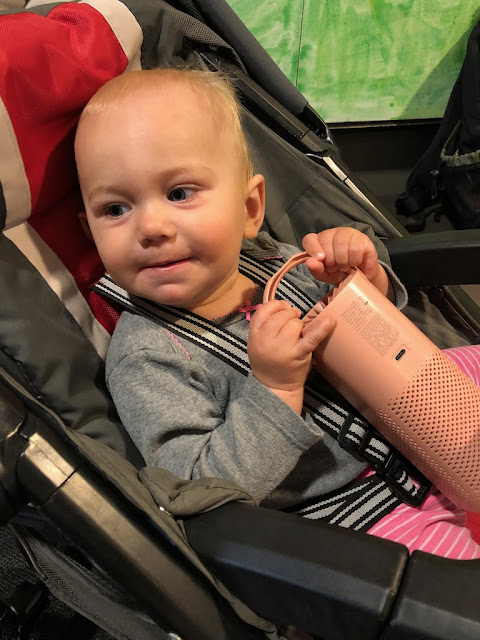 And here she is posing with some props from the photo booth: 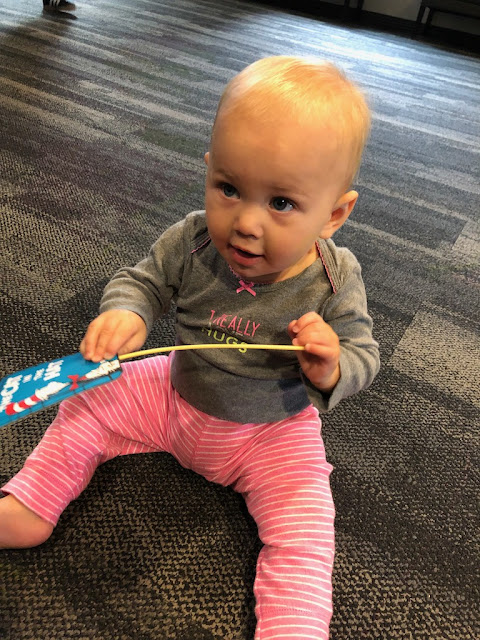 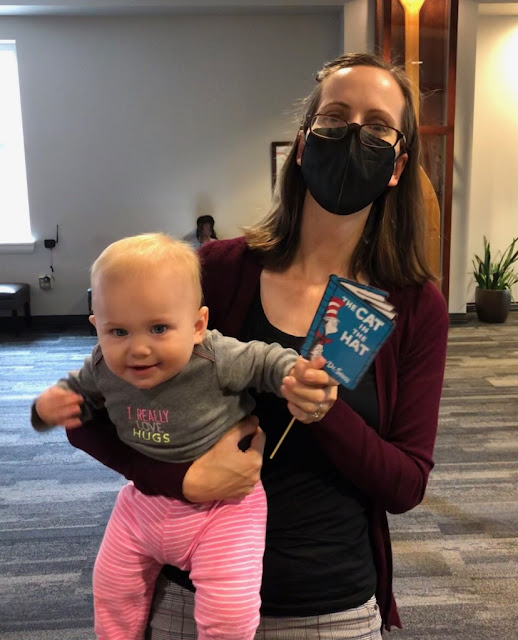 And here she is hanging out under the table: 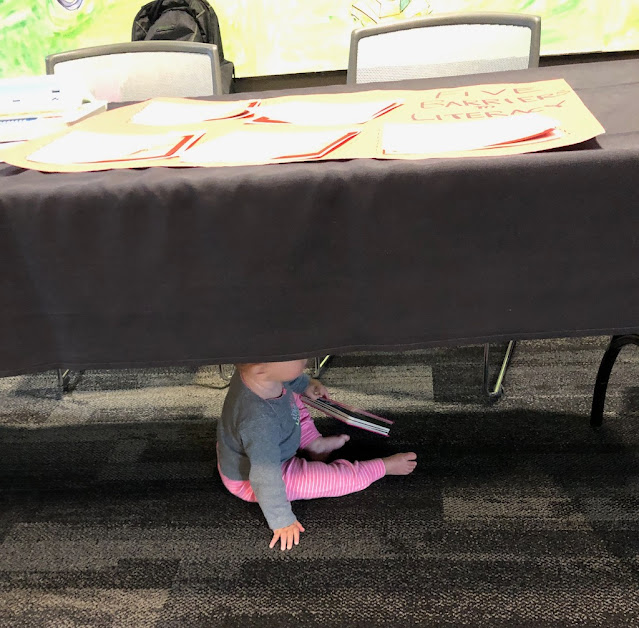 One of my earliest memories is hanging out under a desk/table on BYU campus...so perhaps this will become a core memory for Phoebe. Who knows?
The purpose of my booth was to educate people on some of the barriers to literacy; we discussed how poverty, lack of access, and an unsupportive environment (among other things) can limit literacy, as well as things we can do to remove those barriers. 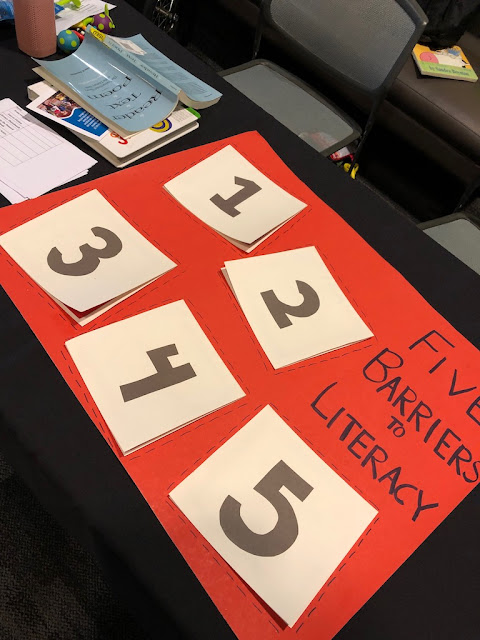 Here's Miriam working her way through the stations (to earn a free piece of pizza): 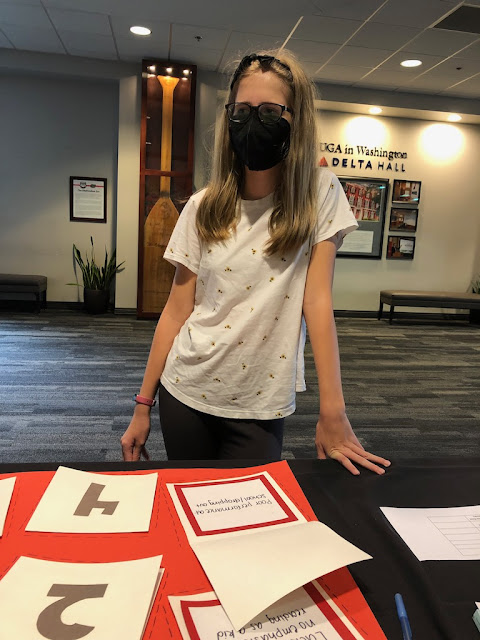 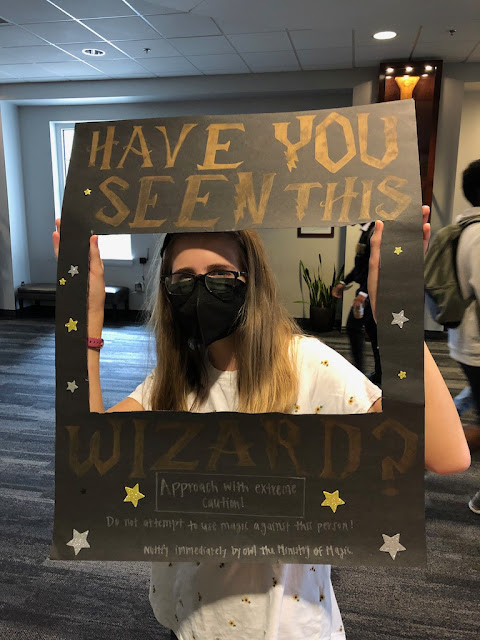 We came home and found that Andrew had been a busy beaver. He'd returned all the furniture to their rightful spots (we'd had to move a lot of things for the window crew) and vacuumed the whole house and washed all the swimsuits and swim towels in the house (since the pool closed for the season today).
The kids wanted to play outside, so I went outside with them for quite a while before heading inside because Phoebe is just a going concern. She squirms to get down when I'm holding her because she loves to explore outside, so holding her is miserable. But once she's down it's simply one long quest to find as many things possible to stuff in her mouth: acorns, small rocks, wood chips, leaves, handfuls of dirt...
She's not picky!
Alexander pushed her around in a little dump truck for a bit to break up my pleas to: "SPIT IT OUT!" 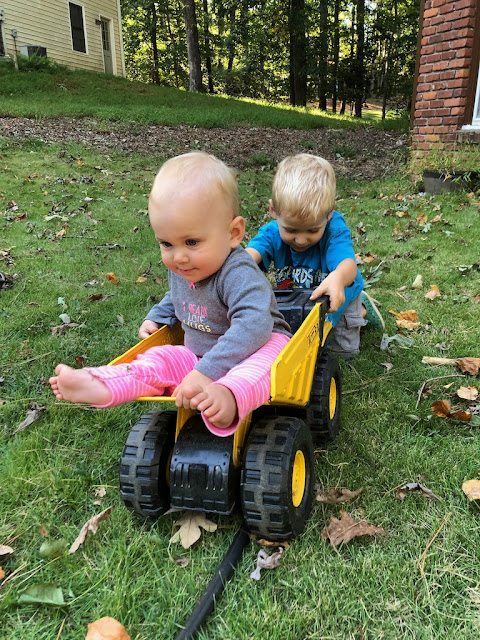 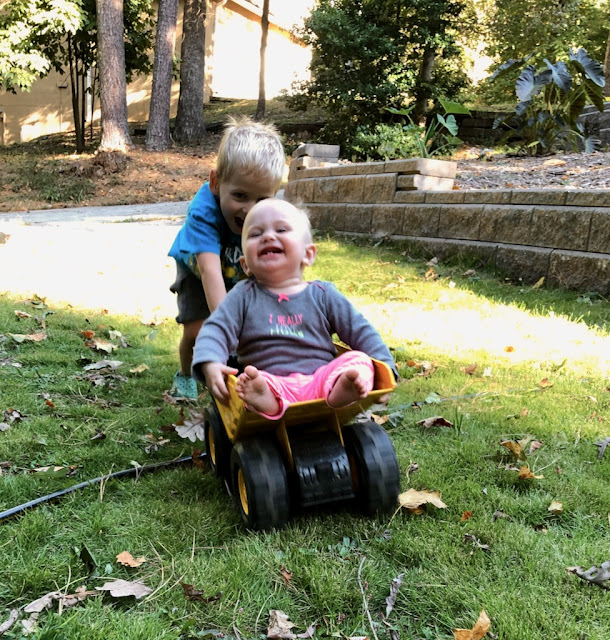 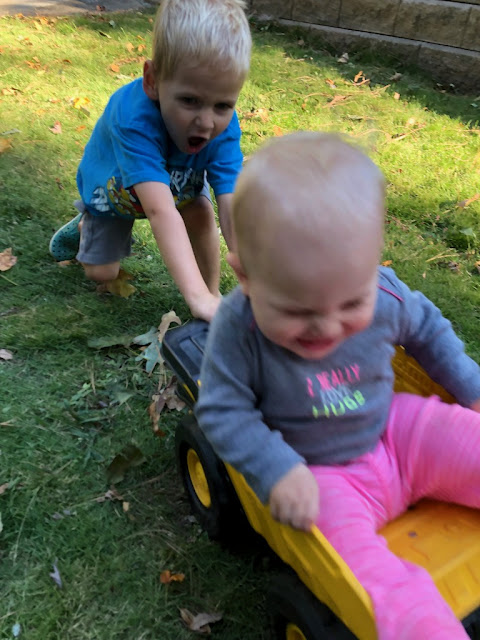 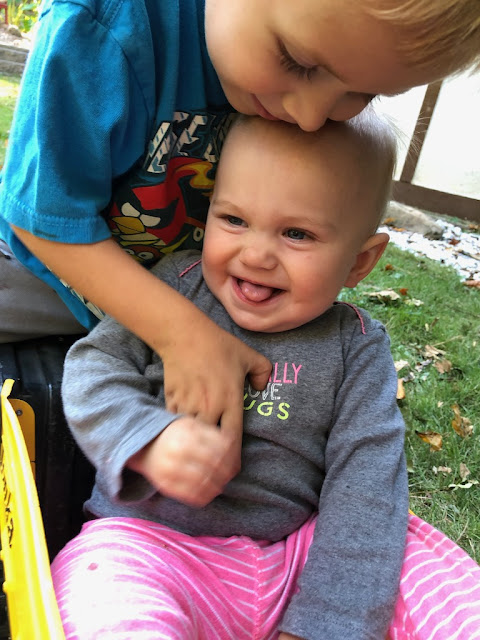 It was quite the day!
*When I imagine to myself how I might feel if I came face-to-face with a dog as tall as myself after rounding a dark corner, I...would be LOUD-PANIC-TALKING, too.
Posted by Nancy at 10:44 PM