Miriam was digging around in our stash of fabric, largely left over from Grandma's sewing projects, and she came across this adorable Christmas print and began dreaming up some Christmas outfits. As I advised Rachel when she decided she wanted to crochet herself a sweater, I suggested that Miriam start small and work her way up to larger projects, learning as she goes.

So yesterday she found a pattern, cut out little Phoebe-sized pieces, and stitched together this cute little pinafore jumper: 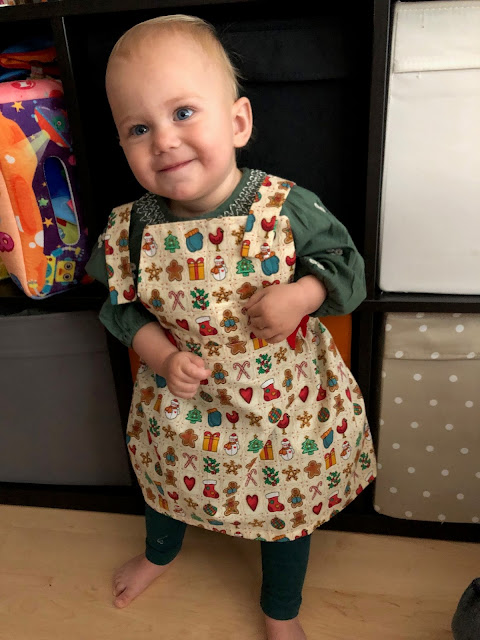 All she had left to add were the button holes and buttons, which was an intimidating feature. According to the tutorial we watched, button holes can "make or break" your project—quite literally because you just slice your project right up the middle of the button hole! So we were a little nervous about figuring out this part of the project. 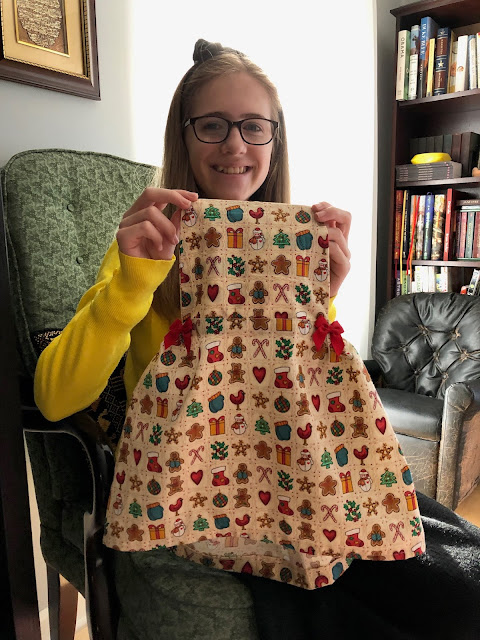 We had Phoebe model the "before" dress to capture the cuteness before we attempted the button holes, just in case we happened to mess up. 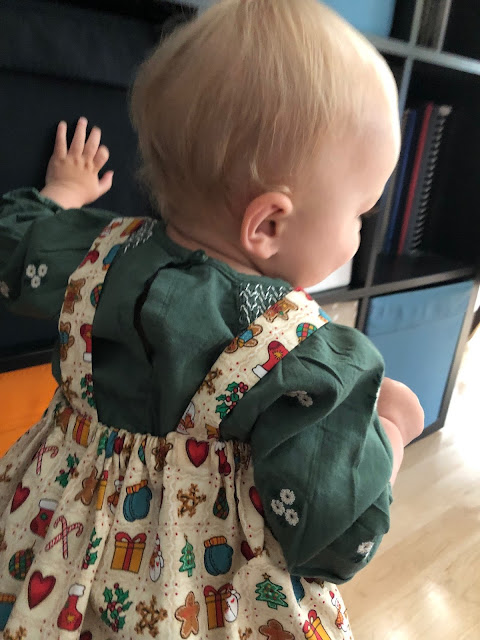 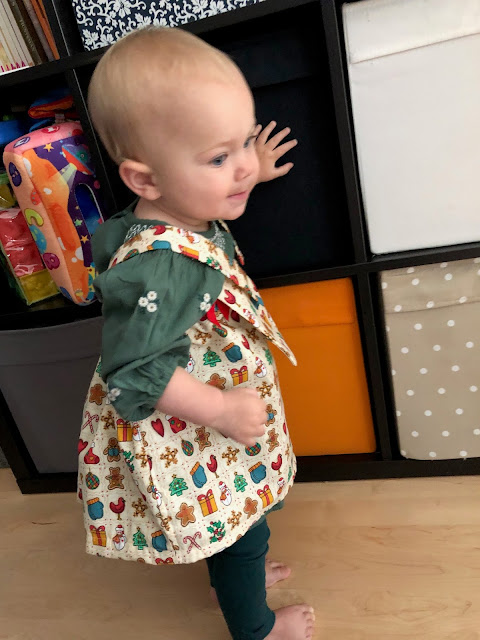 Underneath the jumper, Phoebe has on a cute outfit from Auntie K: 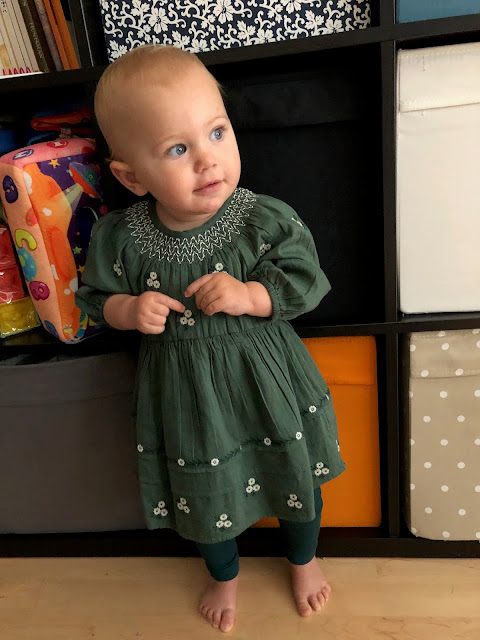 She's looking so grown up in green! 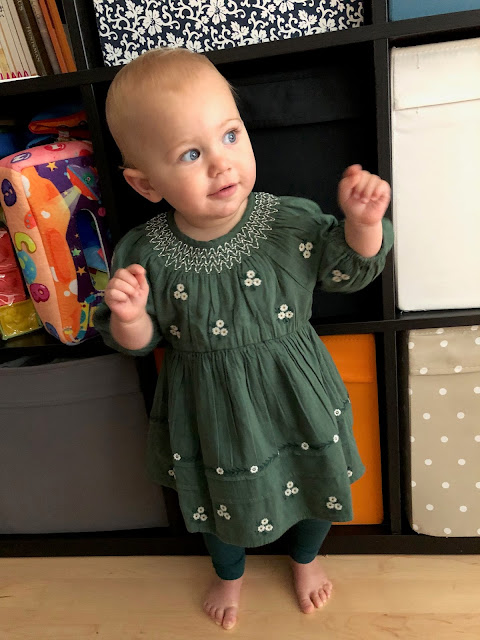 After church (and much trial and error), Miriam and I figured out how to sew button holes! The sewing machine really does make it quite handy (though we did have a couple of tussles with the bobbin).

In the end, I ended up sewing the button holes on the main project (though Miriam did sew a few test button holes herself) and she used the seam ripper to open them up. She was too nervous to sew them herself, but I think she's well-poised to attempt them solo on her next project. At any rate, I'm better prepared to offer her support (this was my first time sewing a button hole as well)!

Here are some pictures of Miriam working on button holes: 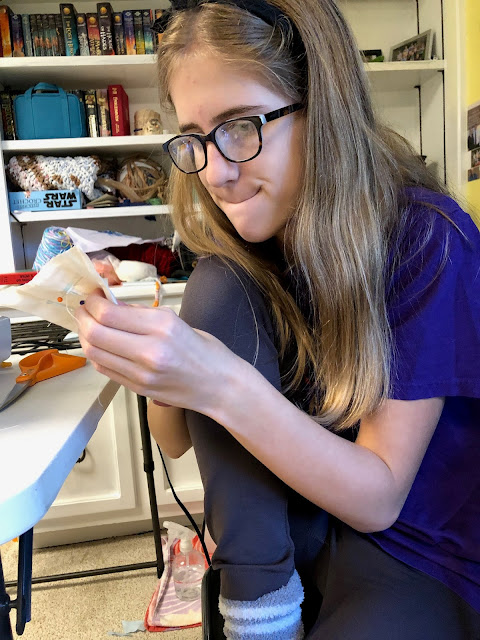 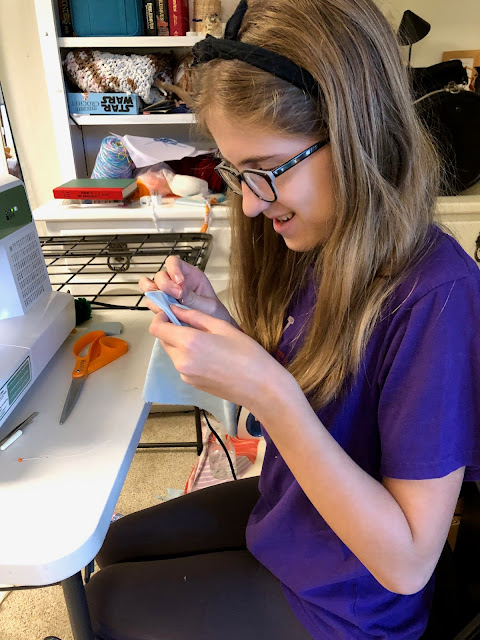 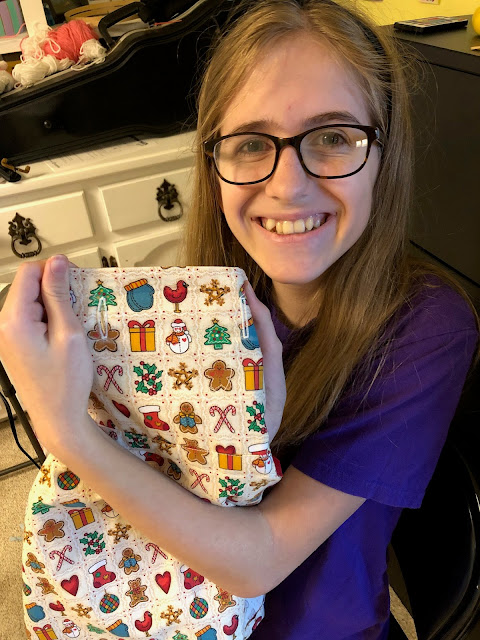 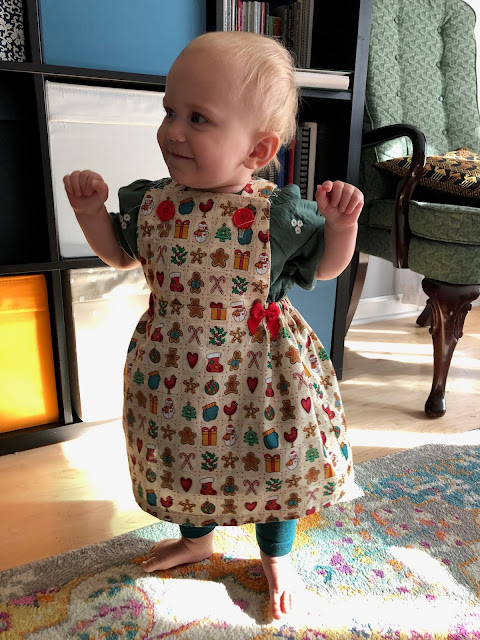 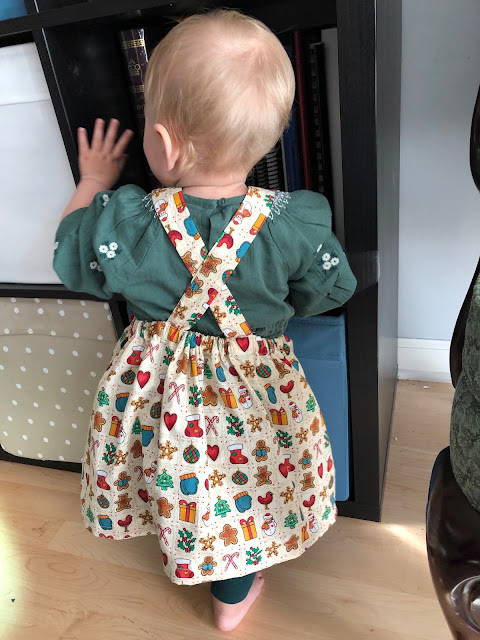 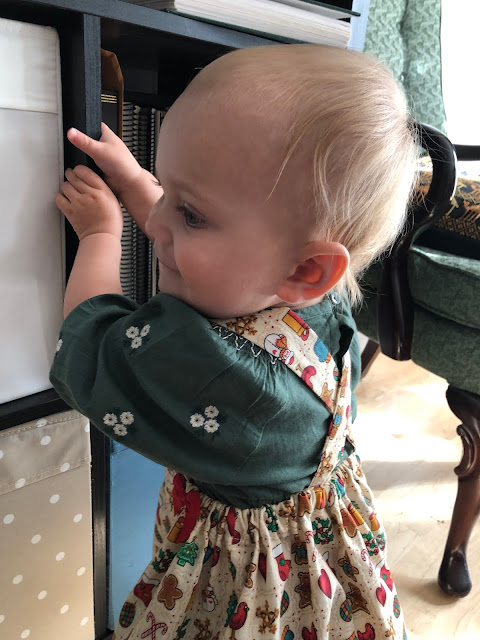 It's very cute and Christmassy and I can't wait to see what Miriam comes up with. She's definitely earning an A+ in home ec.

Lastly, here's sweet Phoebe leaning against the bookshelf and playing with the light/shadow with her toe: 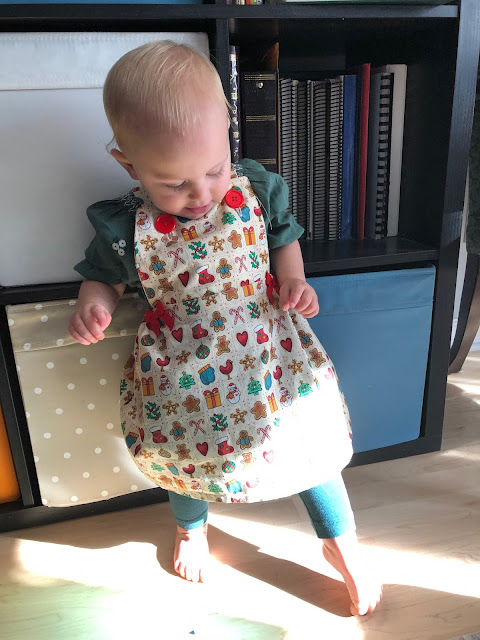