Andrew and I, of course, had to go to the Homecoming Parade at BYU. Our first date ws our high school Homecoming Dance way back in 2001, when I was 16 and Andrew was 17. Our second date after Andrew came home from his mission was right after the homecoming parade last year. So, we had to do something on Homecoming again this year. We might do something cool tonight, but it isn't tonight yet, so I don't know what we'll be doing.

We tried to go get some blue pancakes this morning, but by the time we arrived there was a huge line up, so we just went to watch the parade on empty stomachs. It was still fun. We knew quite a few people in the parade.

The band played the Cougar Fight Song...Andrew was upset becaues the clarinets were way in the back. He played the clarinet in the marching band his freshmen year. It was fun to see them march and bob their heads to the beat. It makes the feathers in their hats go crazy!

Right after the marching band came the International Folk Dance Team. This is the team that David is on. We tried to get some good pictures of him, but they didn't close the road off all the way so we were on the complete other side of the street and had cars between us and them. Rumor has it that Josie has some better pictures. We did get a few of David anyway. He's in blue pants with a yellow sash right at the front of the line, after the balloons. If you zoom in, you might be able to see him...but then again, maybe not... 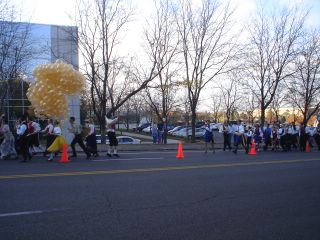 A good picture that Josie took 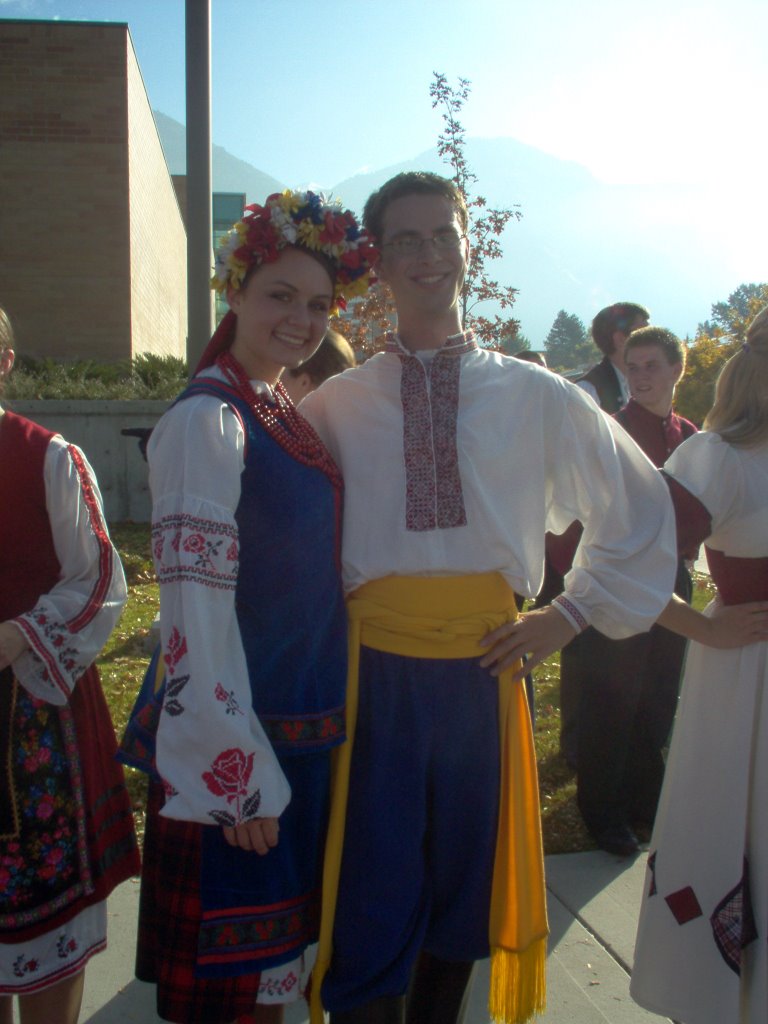 There he is again with his dance partner, Michelle 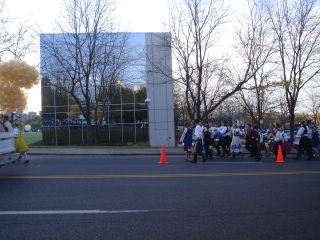 After the folk dance team was done their dance, we ran up to the top of the street to watch them again, but we were on the wrong side of the street and couldn't get any more pictures of him. Oh, well...

International Folk Dance Team
We saw quite a few people that we know. Andrew saw some ROTC students who are in his Arabic class and yelled some Arabic greetings to him. We saw Jake Price, who we went to High School with; Mehul from Andrew's parent's ward; Becky, who lived in Jordan with us for awhile, Devin Duval who worked at the pool with me, and Clark who worked in the library with me. And of course, there was David, who was dancing.

It was fun to see all the people we knew! 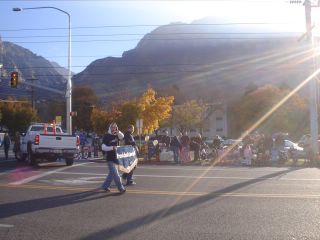 Mehul really is in this car. You just can't see him. 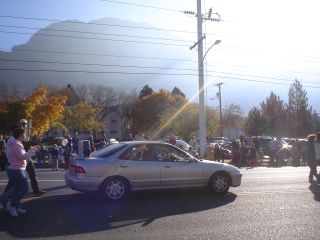 There's a book about Mehul, written by Andrew's dad, Reid. It's pretty cool. You should all check it out.
Posted by Nancy at 2:02 PM