This morning we went off to visit the Citadel. Once we were inside the walls, we went  to el-Nasser Mohamed Ibn Qala’un Mosque, more commonly referred to as simply Qala’un and not to be confused with the Qala’un Complex on Muizz street but still beautiful and worthy of a visit. 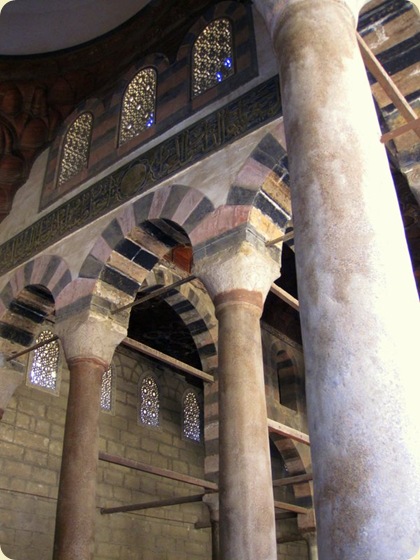 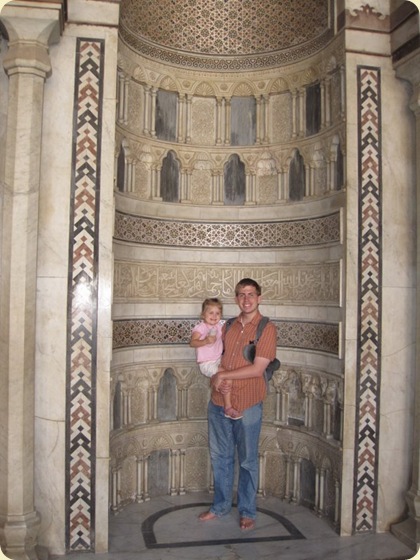 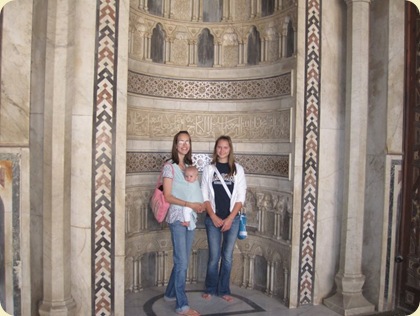 There is a nice view of the different minaret styles from within the courtyard of Qala’un. The Mosque of el-Nasser Mohamed Ibn Qala’un has the bulkier minarets you see throughout much of Cairo; this particular minaret is unique in that the top of it is shaped like a head of garlic. It was built around 1318.

My dad asked while we were visiting the pyramids what happened to the casing of the pyramids. The answer is that later civilizations quarried them and used them in their own structures. While there are no pyramid stones used in the Mosque of el-Nasser Mohamed Ibn Qala’un, the columns supporting the current dome were taken from some ancient Egyptian temples. 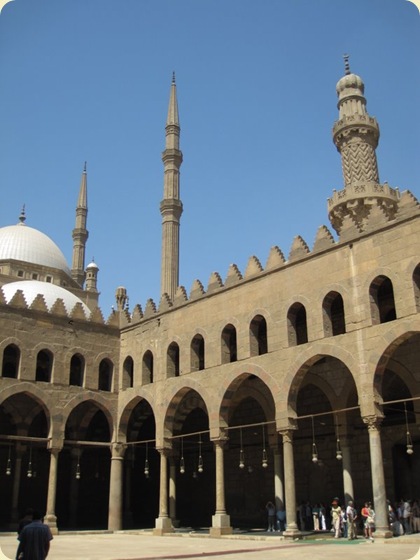 The pencil-shaped minarets are those of the Mosque of Mohamed Ali Pasha, which was built between 1830 and 1860. The Mohamed Ali Mosque was designed to mimic Ottoman architecture and looks quite similar to the Blue Mosque in Istanbul, inside and out. 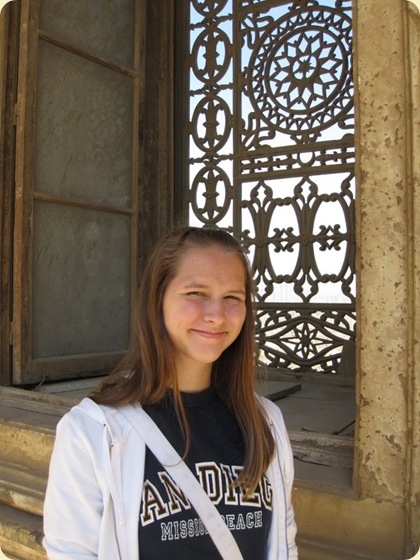 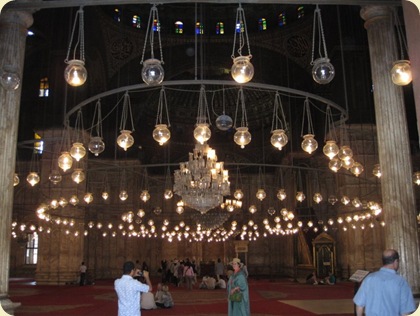 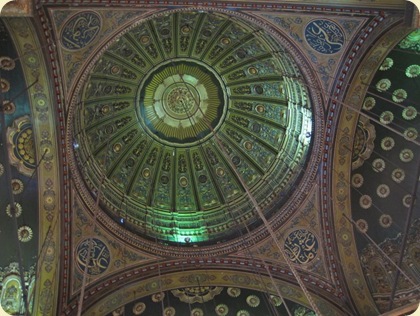 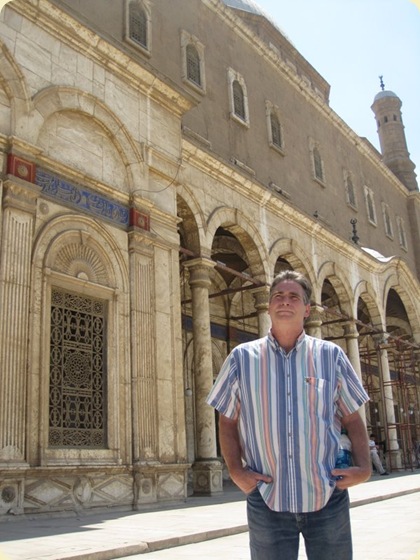 While she was chowing down on pretzels  we saw a little boy playing on the lion statues surrounding a fountain. We went to play, too. 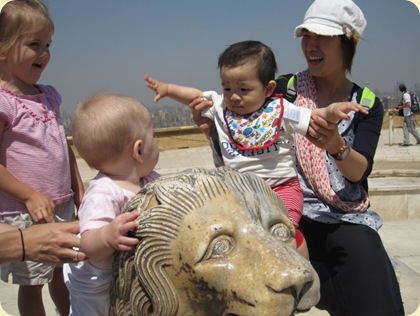 Just kidding. I know a bit more than that. And the part about being a bicycle? Well, that’s an old inside joke from high school. (I’m not sure that anyone reading this blog will get it. Maybe Amanda will.) And, no, I didn’t tell this girl I was a bicycle. But I did say sayonara.

At first Rachel wouldn’t sit on the statue. She wanted Miriam to test it out for her—that’s what little sisters are for, right? To be the guinea pig. 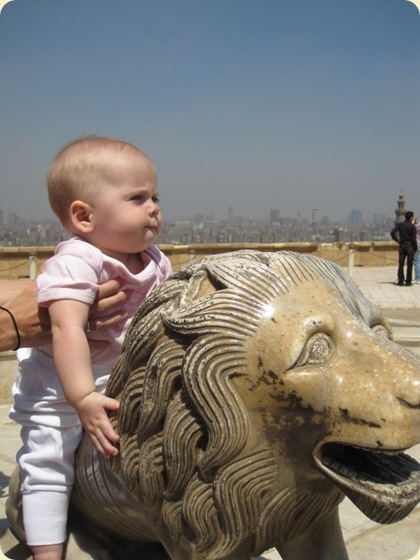 When Miriam didn’t spontaneously combust, Rachel decided it was safe and hopped up behind her. 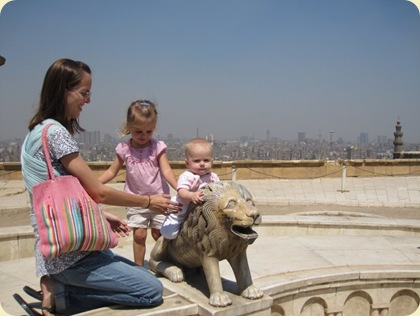 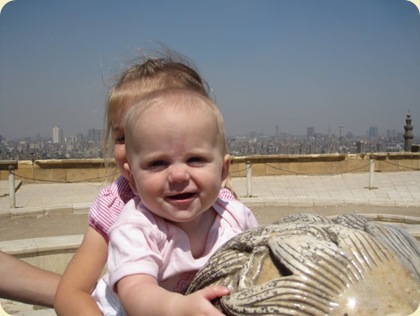 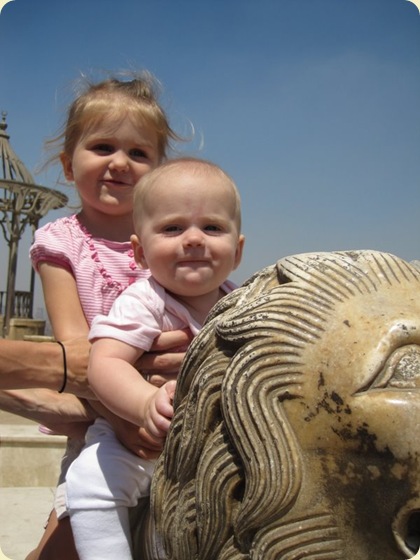 And then we couldn’t get Rachel away from the fountain. She had to sit on every single one of them and demanded that her picture be taken at each stop. She even invited me on for a ride once or twice. 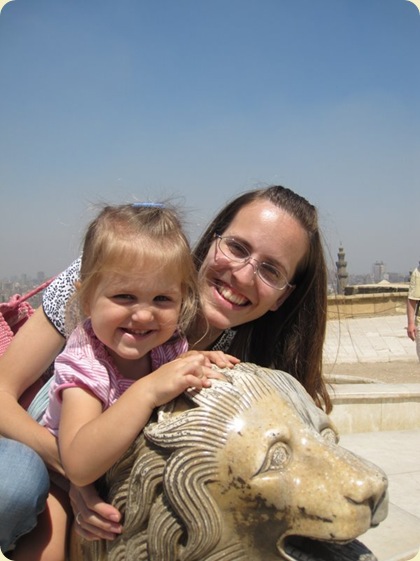 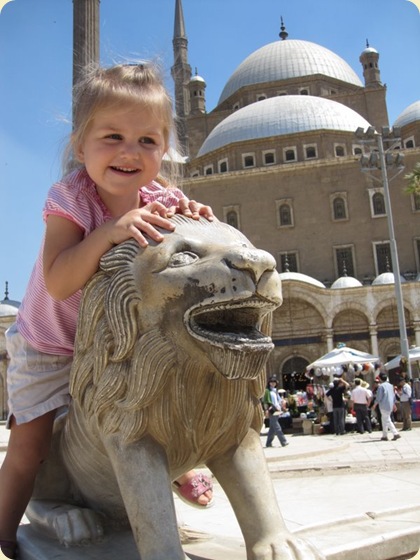 When she had completed her round around the fountain and we were able to peel her away from the last statue, we visited al-Gawhara Palace. Since it was commissioned by Mohamed Ali Pasha, who was a commander in the Ottoman army—an Albanian who ruled Egypt under the Ottoman Empire? This is why history is interesting—the palace is contemporary with other Ottoman palaces so I thought it would parallel the exquisite grandeur that abounds in Topkapi or Dolmabahçe, the main palaces of Istanbul. I was mistaken.

Al-Gawhara Palace was rather drab, sparsely decorated, and rather small. At least according to my puffed-up expectations. Still, it had many interesting treasures inside—a gaudy throne from Italy, a clock from France, and fine carpets from Persia. At no extra cost, it is worth a visit. 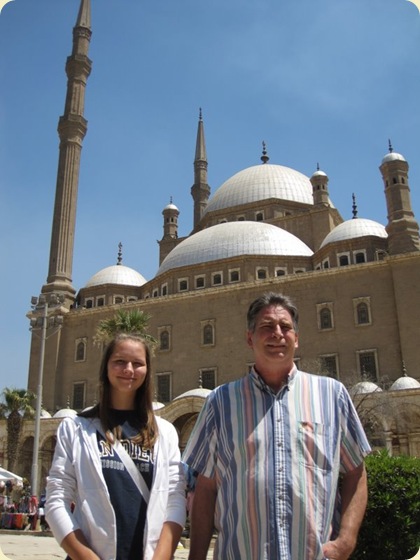 From the Citadel we headed to Khan al-Khalili, the center of all chaos. We didn’t go too deep into the craziness; instead we stayed on the outskirts and enjoyed some fatir—Egyptian pancakes made from filo dough and stuffed with yummy things like honey, nuts, cream, and fruit. 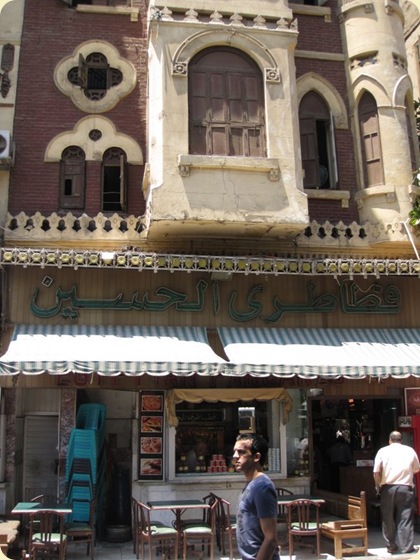 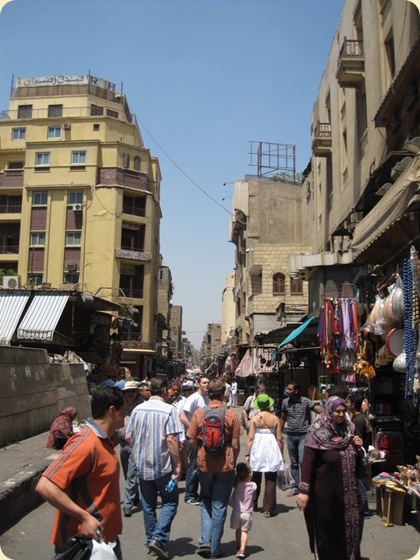 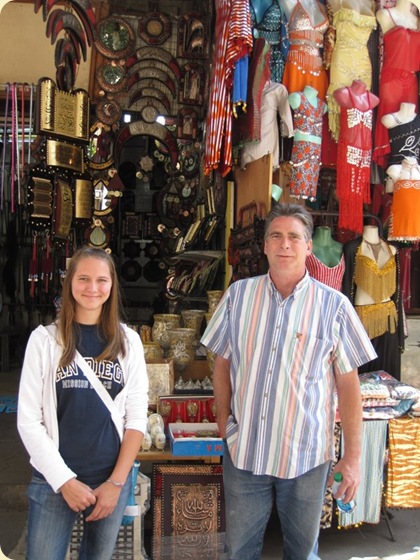 Then we went home to do boring things like pack and work and study and nap. When all that boring stuff was out of the way we had FHE—Rachel wanted to give the lesson and tell the story of Moses but then she kind of chickened out so I ended up telling the story of Moses but I wasn’t very well prepared since we were busy running around all day and let’s just say the lesson left something to be desired. We played Go Fish with Disney Princess cards for the activity, though, and that was fun.

Rachel and Andrew played on a team but Andrew tried to let Rachel do most of the work. She kept forgetting to tell people what card she actually wanted. Andrew would whisper, “Ask Mommy if she has this card,” and then Rachel would say, “Mommy, do you have this card?” It was funny. Every time it was her turn we had to remind her that she had to be specific instead of simply asking for “this” card.

We kept forgetting whose turn it was, too, since we were talking the whole time. At one point Andrew reminded Josie it was her turn.

We thought Gosie was a good new nickname for Josie. I’m having a hard time, name-wise, having her here. She and Rachel have similar temperaments and so I had a problem calling Rachel Josie before. Now that they are both under the same roof, well, it happens a lot more often.

At one point in the game I looked straight at Rachel and said, “Josie, do you have Belle?”

Josie slid her card over to me.

“I wasn’t asking you. I was asking…oh…oops.”

I also commanded Josie to put her underwear back on. She calmly assured me that she had and suggested that I redirect my statement to Rachel.

The next two months are going to be confusing.