Benjamin is six weeks old today! Or -3 days adjusted. Sometimes I still feel torn between feeling robbed of his infanthood and being robbed of my pregnancy. Either way, he's been home for just over a week and is about as newborn as they come. Since most of the pictures we've taken of him were from the hospital we decided to take him outside and take some nicer pictures. I'm not very creative with posing and mostly just let him do whatever he wanted to do but I think a lot of the pictures turned out cute. 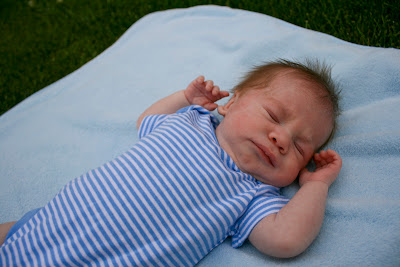 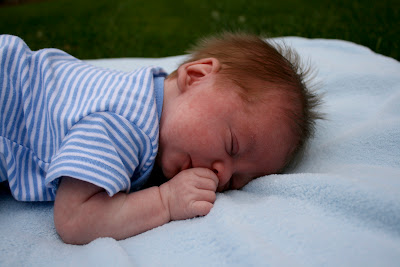 The girls had to join in on the fun, of course. 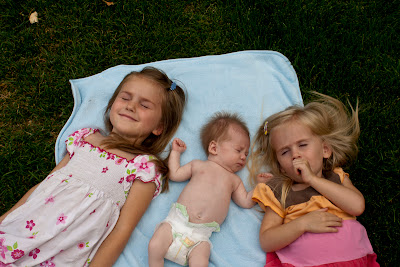 Benjamin is a sweet little guy. He rarely cries, but when he does it's to get Mommy's attention—he is definitely the third child in that regard because sometimes I get so busy with the girls or whatever that I almost forget about him (or at least I forget about how long he's been napping) until he squawks. 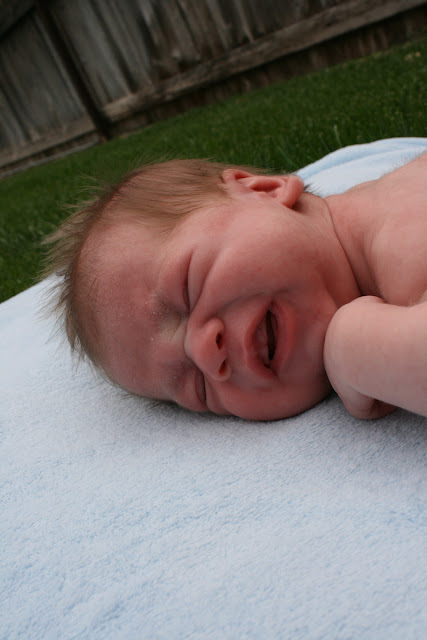 He's fairly easy to console, though, and will usually stop crying as soon as he knows someone's come to give him some attention. 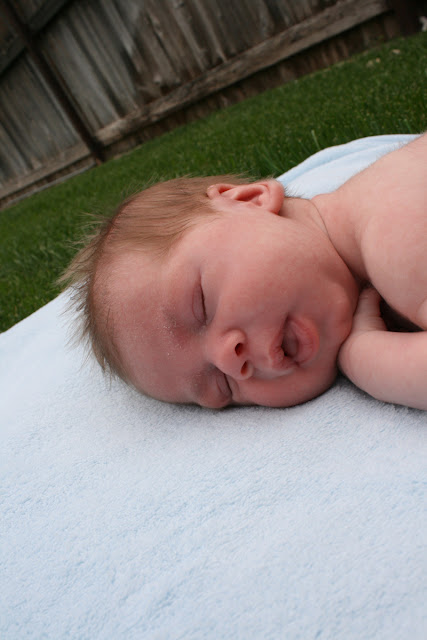 He was a hairy little guy when he was born, covered in downy soft lanugo. He's still pretty fuzzy, actually. His ears are velvety—he doesn't have tufts of hair on his ears like Rachel did but they're definitely furry! His back is fuzzy, too. 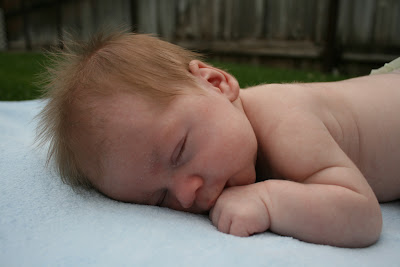 He can stay awake for hours at a time (like two, or maybe just 1.5) but is also a good sleeper once he's swaddled up nice and tight (and sometimes even if he's not). 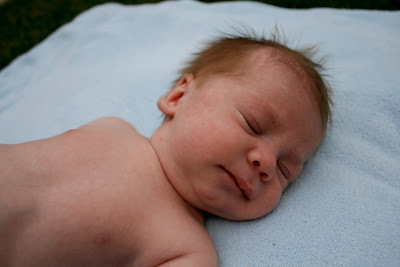 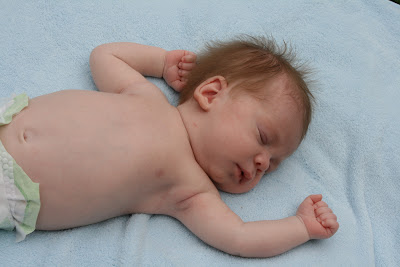 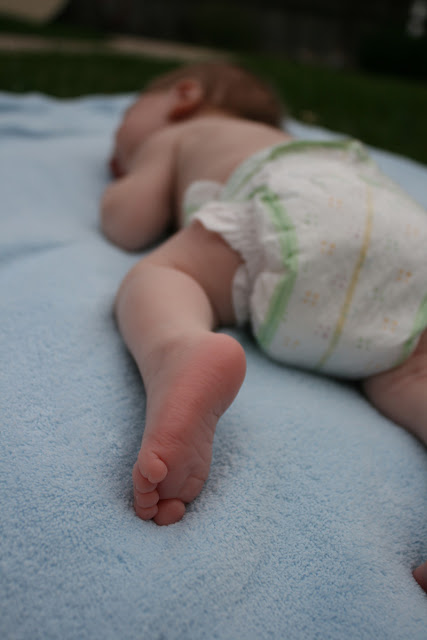 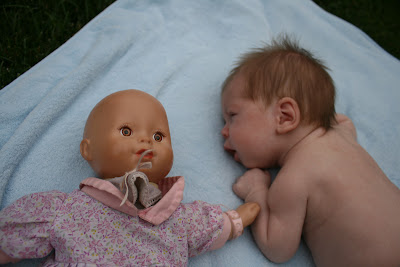 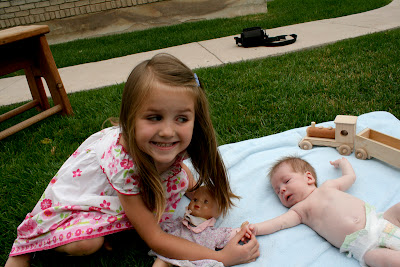 We also took a few pictures of Benjamin with the train that Grandpa Frank made for Rachel this past Christmas. 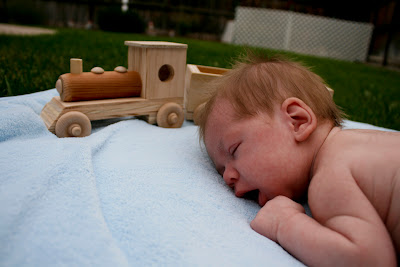 Doesn't he look chubby in this picture? He's chunking up nicely; that's our goal. 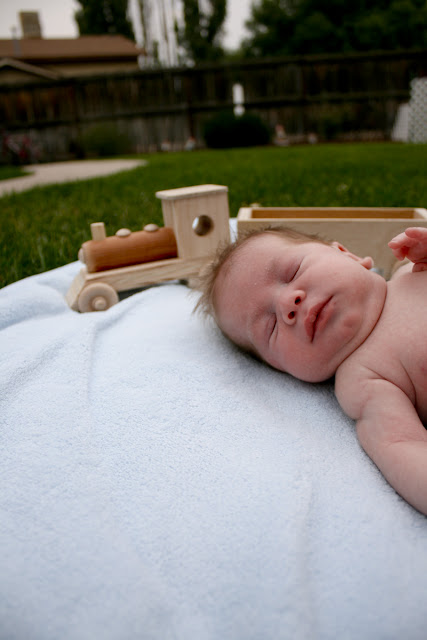 It's almost a little strange that he doesn't have any stork bites since both of the girls had them. We were going for a very gentle delivery, though, so I suppose the lack of stork bites is evidence that we succeeded. 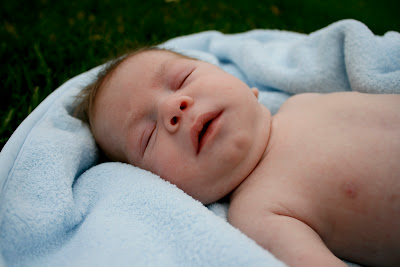 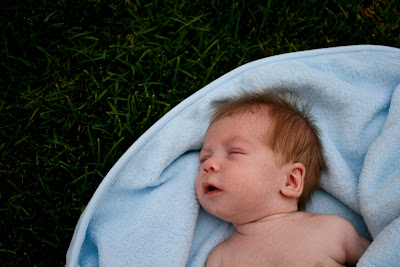