Jacob came home from his mission on July 24th! Everyone else went to the airport but I stayed home and chilled with baby Benjamin (and my mom and David came to chill with me so I wasn't a bit lonely). The day before we reminded the girls that Uncle Jacob was coming home, and I showed them a couple of pictures and told them that he was a safe adult even if he felt like a stranger. So it was alright to talk to him and hug him (if they wanted to). Apparently they both gave him hugs when they saw him, so all the talking-about-Jacob we've done over the past two years paid off. 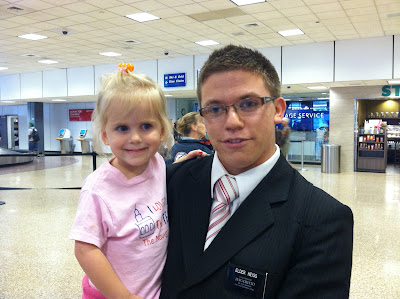 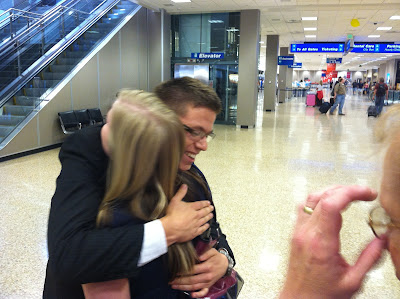 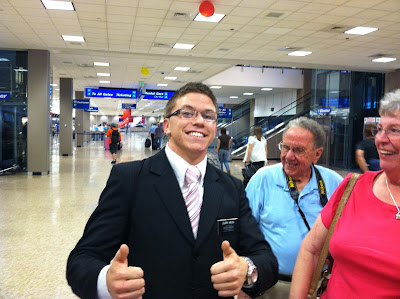 It's so totally weird that he's home, that he's 21, and that he's dating this cute girl named Shayla. 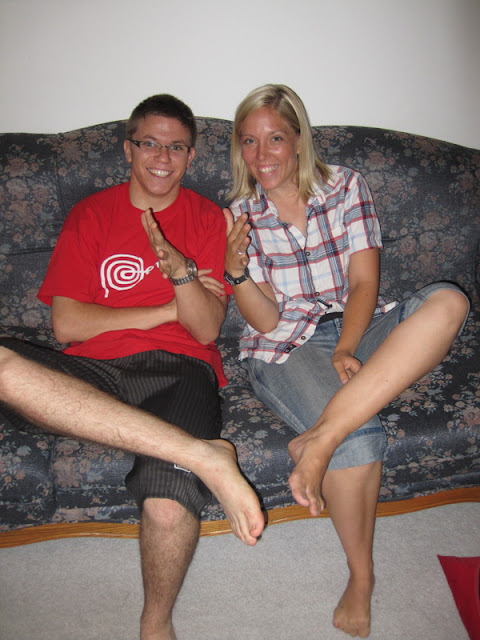 Emily did the same thing! Only she came home and started dating this cute boy named Morgan and married him four months later.

I suppose Andrew did the same thing, too. Only he came home and started dating this cute girl named Nancy (whoever she is) and married her two months later.

Sending Heisses on missions is dangerous! It's a slippery slope...or a gradual climb. I'm not sure which.

Anyway, Benjamin was excited to meet Uncle Jacob (not really; he slept through their first encounter) but not as excited as Uncle Jacob was to meet him. Sarah got married days before he left on his mission and Emily got married shortly after he left, so with all of his siblings married off Jacob thought he'd come home to a bunch of new nieces and nephews.

He waited and waited and waited for an announcement but not a single one came until ours. Jacob suggested that we name him Jacob and guessed that he would be born on his birthday—June 27th. I wrote back and chastised Jacob. "June 27th is far too early!" I wrote. In retrospect, June 27th would have been a fabulous birthday for Benjamin, but I suppose June 3rd will do. Oh, and we didn't name him Jacob. Obviously. Still, Uncle Jacob was thrilled with his newest nephew. 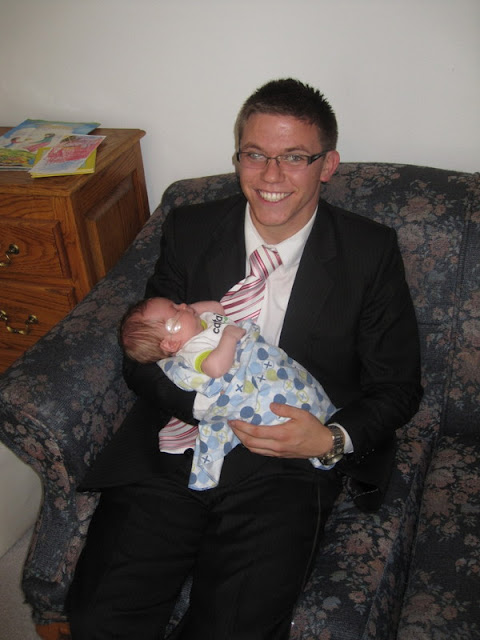 We visited for a while and then went to a ward/neighbourhood picnic and then I went driving and then I came home to help get the kids ready for bed. We had just gotten them tucked in when our neighbours started letting off fireworks. We'd forgotten that Pioneer Day is celebrated with fireworks and our neighbours were going to celebrate those pioneers come hail or high water (or in this case sparks and wild fires). I went out on the front porch to watch the show with the kids, who screamed and danced and wiggled and jumped and sang.

Rachel was doing this clapping/butt-wiggle dance and Miriam was jumping up and down screaming (and signing), "More! More! More!" We haven't used sign language in ages but there she was, signing "more" like her life depended on it. She was so torn over being petrified (because fireworks are noisy) and being overjoyed (because "fireworks has colours"). Rachel simply loved it.

Aerial fireworks are legal in Utah now and our neighbours sent several up into the sky so it was a pretty spectacular (and mostly private) show. Lucky us.

Also, nothing in our neighbourhood caught on fire. Lucky us.

Rachel drew a picture of appreciation for our neighbours: 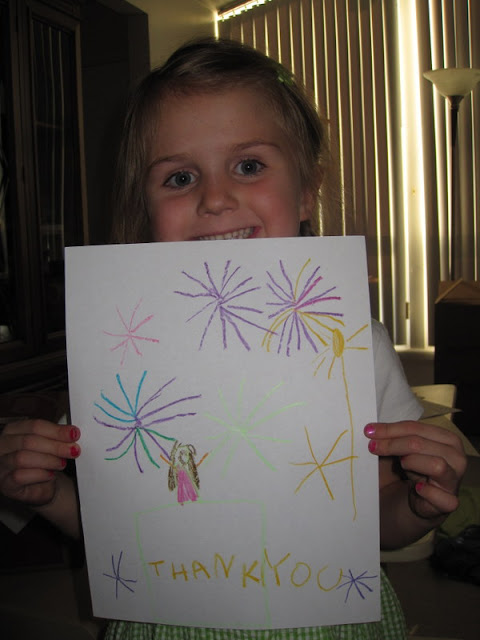 And here's Benjamin in some patriotic-ish clothes (not that you have to wear patriotic clothes on the 24th...but Benjamin kind of missed out on celebrating the 4th, didn't he? Furthermore, I believe these pictures were taken on the 27th, but whatever). There are two shot, one before eating and one after. Can you tell which is which? 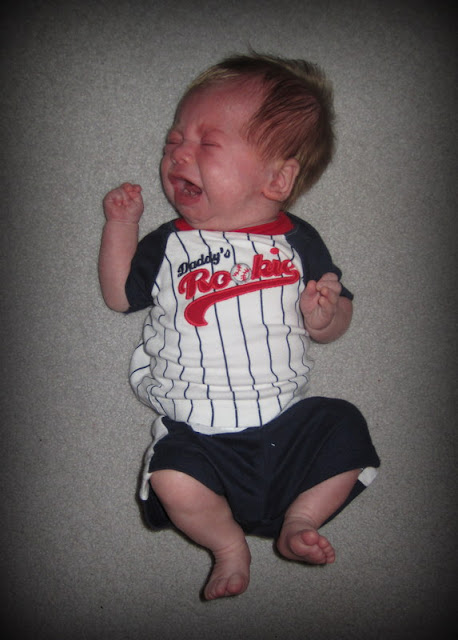 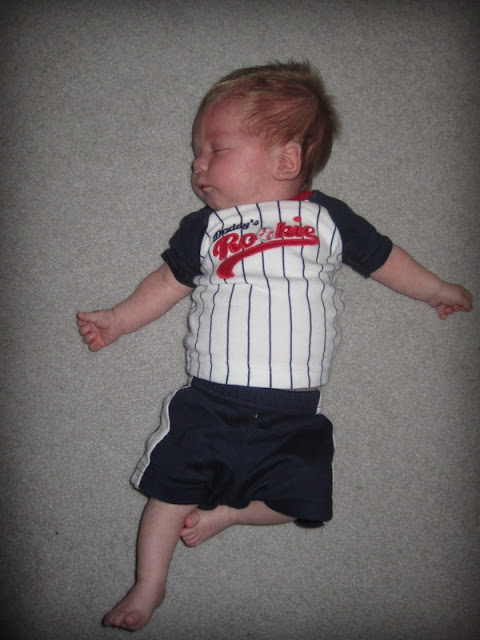