Today's a pretty big day for Benjamin—as of today his adjusted age will be above zero! It's his due date! 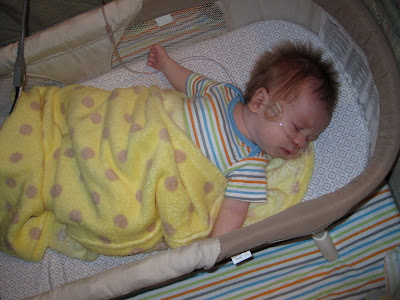 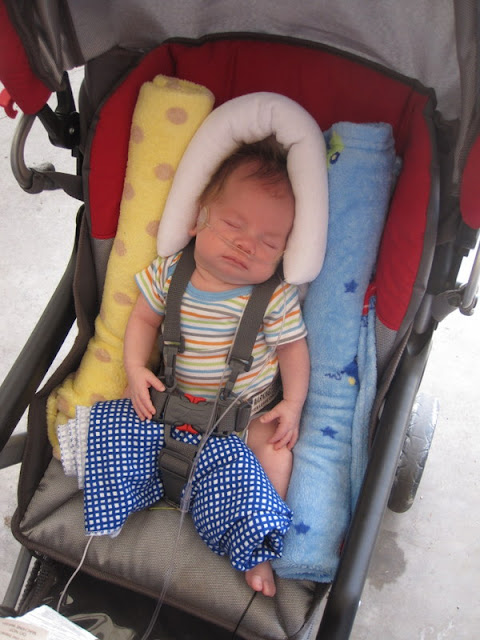 To celebrate Benjamin's due date we decided to go on an adventure. Out of the house. All the way to the park.

At Rachel's insistence we let Benjamin try out the grass. We have a picture of her screaming in the grass when she was six weeks old. Benjamin didn't show his distaste quite as loudly but didn't seem to enjoy the texture, either. He pulled himself up in a little ball and did his best not to touch a single blade. 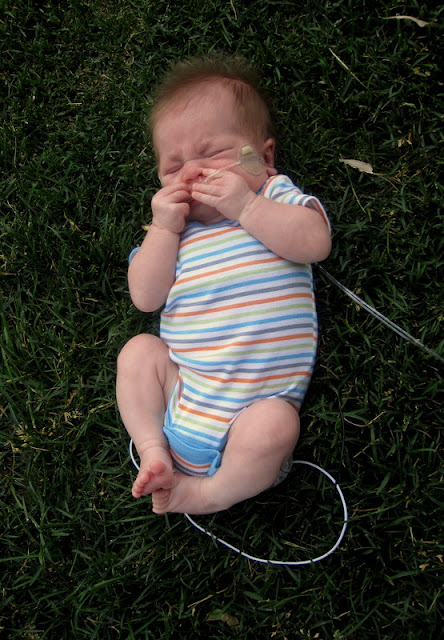 He liked the blanket much better. 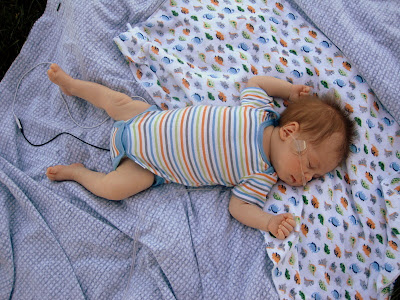 I had a hard time convincing the girls to play. They kept hanging around me, begging for snacks and bothering the baby. They did go off on their own for a little while, though, and Rachel discovered that she can now climb up and down from the highest part of the playground (that she's been afraid of for the past two years) without batting an eye. 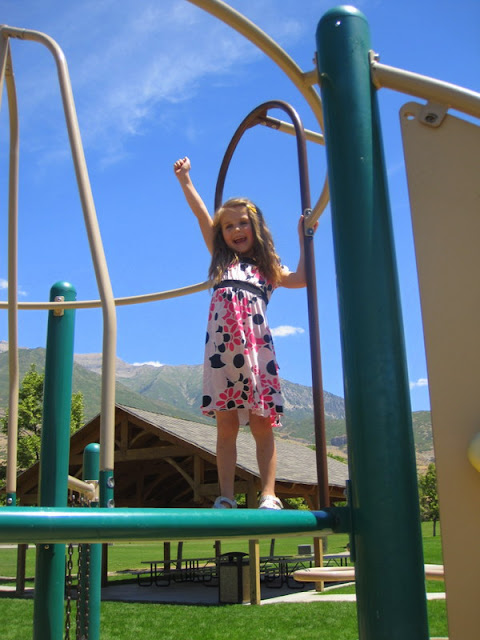 We took quite a few pictures of the girls holding Benjamin since that's all they wanted to do, anyway. 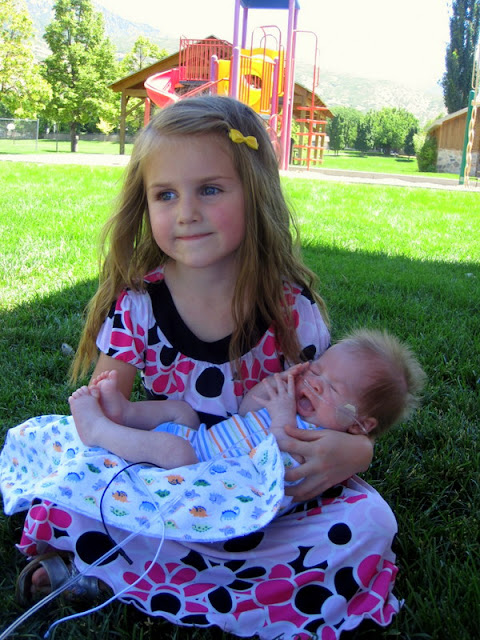 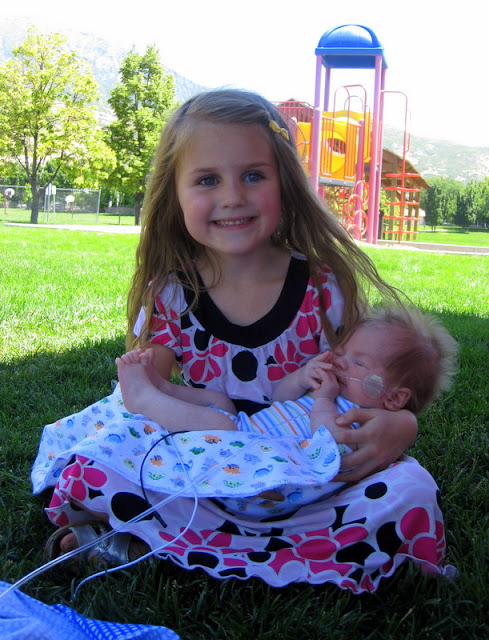 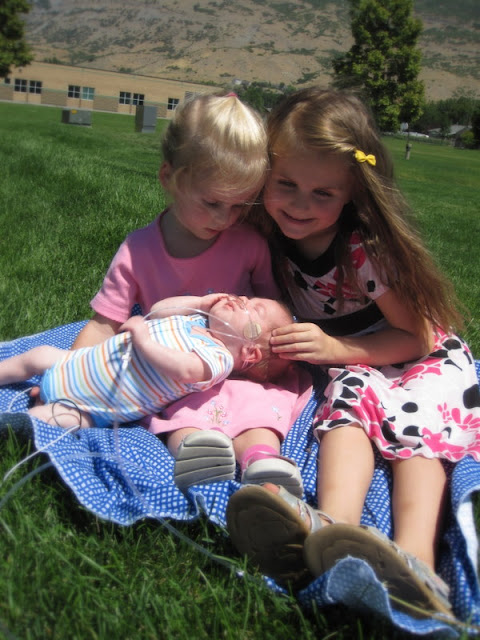 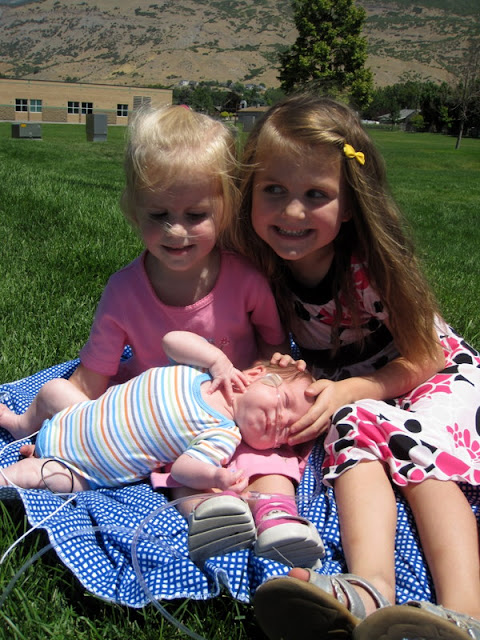 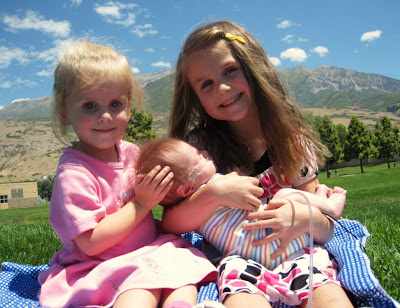 It almost surprises me that Rachel is able to hold Benjamin so well. She was such a terrifying person to have around when Miriam was a baby but she's quite responsible now. She knows that she's not allowed to pick Benjamin up and carry him around but she will sit and hold him nicely for as long as she's permitted. 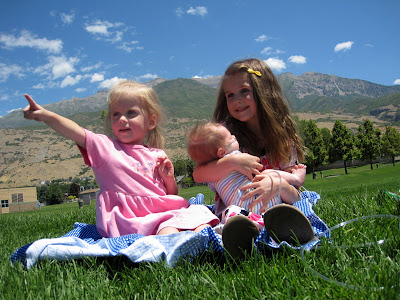 Miriam spotted a horse-drawn carriage (yes, in this day and age) and excitedly pointed it out to us. Rachel turn her gaze in the direction Miriam was pointing and gently acknowledged her superb find all while cuddling her baby brother. She's the perfect little mother! 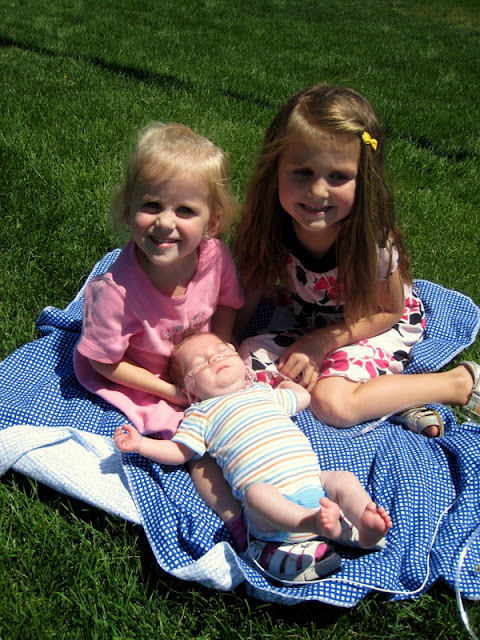 Here's Benjamin with his BFF the oxygen tank: 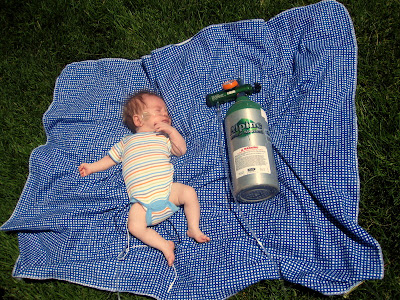 And here's a picture that sums up why we decided to head home. Rachel asked if she could take a picture. Miriam though that wasn't fair so she threw a fit that didn't end until after she woke up from her nap. I think she was screaming, "When's it gonna be my turn?!" right as this picture was taken: 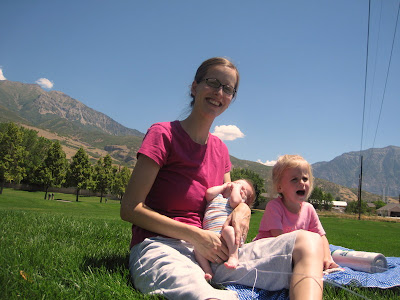 Little does she know that little girls who throw tantrums can't take pictures because they are too busy throwing tantrums but little girls who wait patiently for a turn with the camera will most likely be given one. But have you ever tried to explain that to a two-year-old? It goes right over their head...
Posted by Nancy at 9:48 PM