A few days with the Grandparents

On Sunday morning we got up and actually went to church! With General Conference and Stake Conference and a trip to DC and being sick one week our family felt a tad displaced in October. It was good to be back.

I had to take some silly dress ups for my lesson so I grabbed my goofy sunhat. It matched Andrew's tie beautifully... 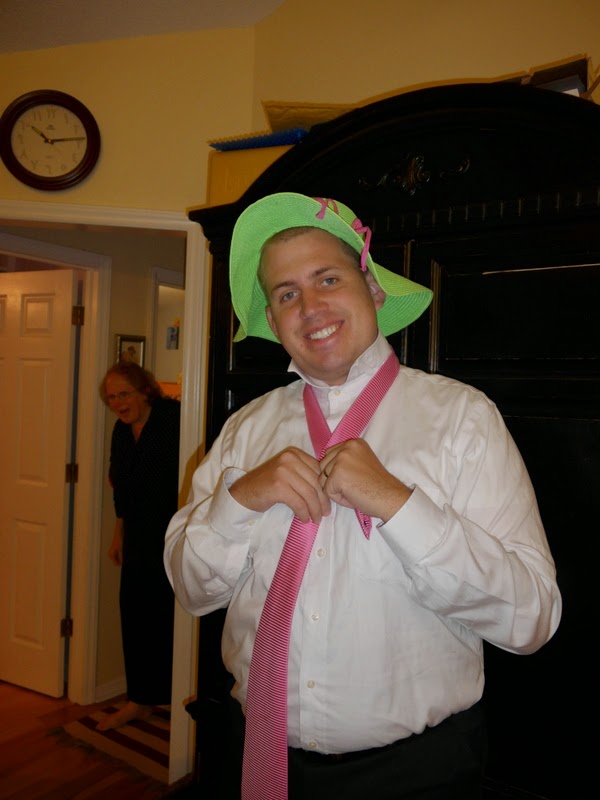 But Benjamin was the happiest to try it on! 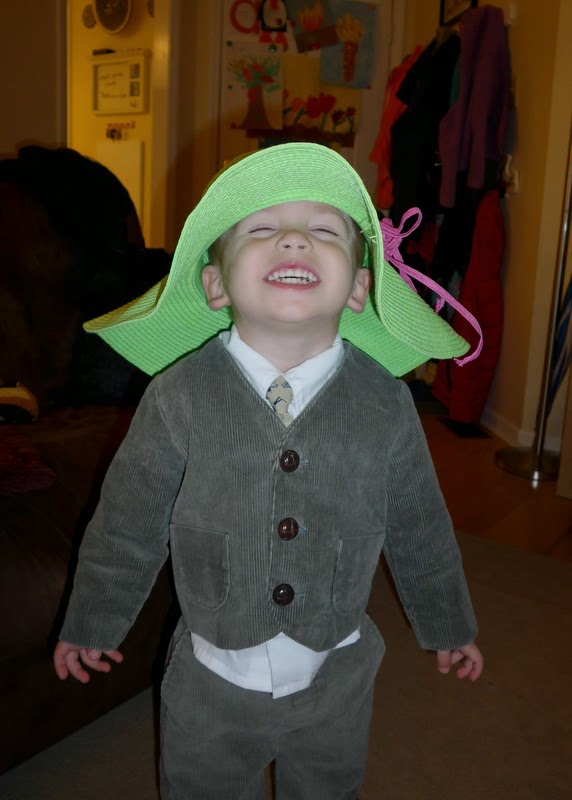 He's wearing Daddy's old suit (from when he was 18 months old). Rachel wore one of my favourite outfits (from grade four—no picture). Miriam wore a new dress she got for her birthday. Grandma curled her ponytail so she felt exceptionally gorgeous (even with a bandaid on her chin). 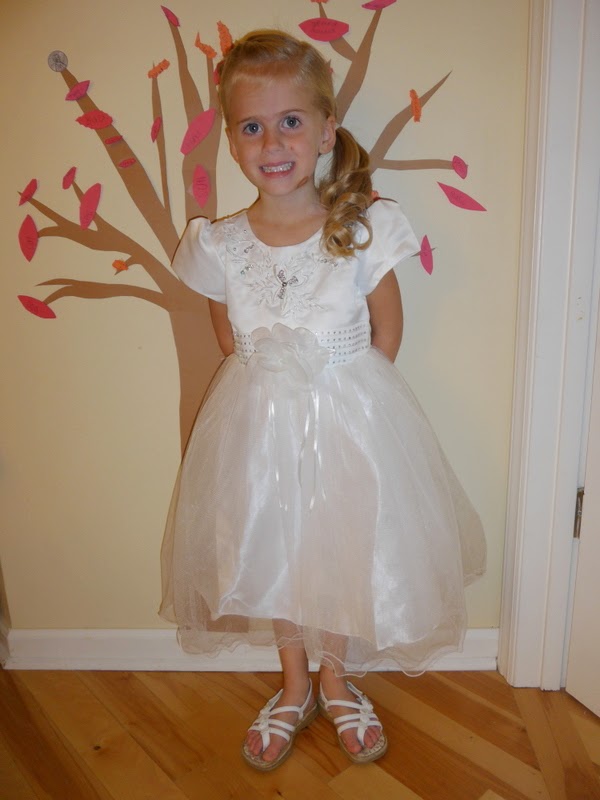 Miriam was so excited to be sung to in primary. My co-teacher took this picture of Miriam holding up her birthday candle: 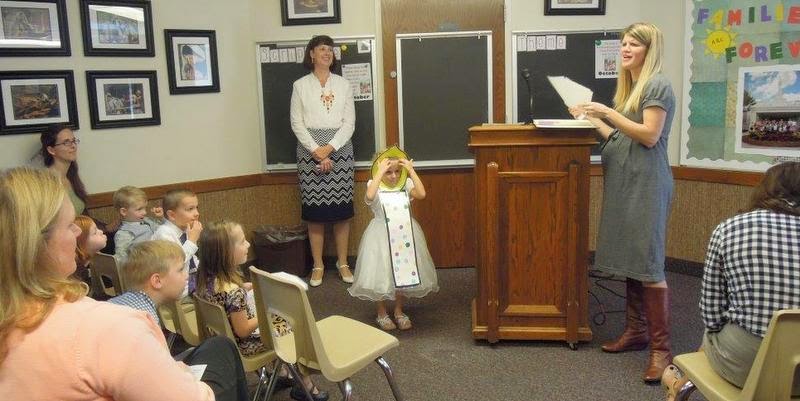 Grandma and Grandpa took the kids home after church so they didn't have to stay for choir. I think it was a relaxing change for everybody except Grandma and Grandpa! The kids were sure excited to spend the entire afternoon with Grandpa, though. 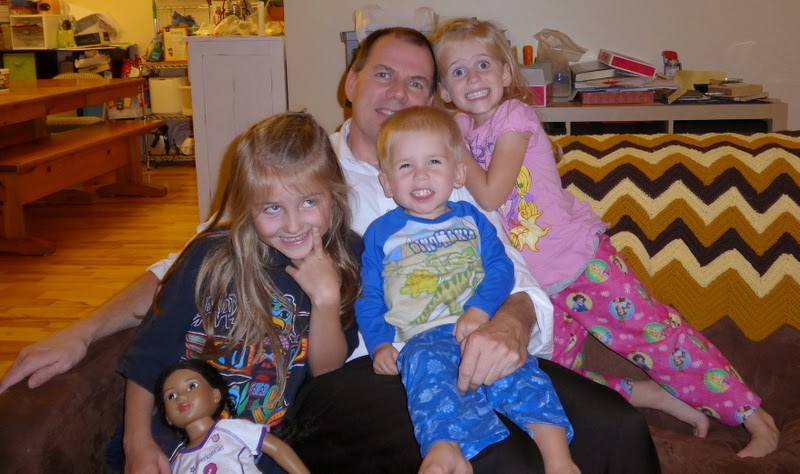 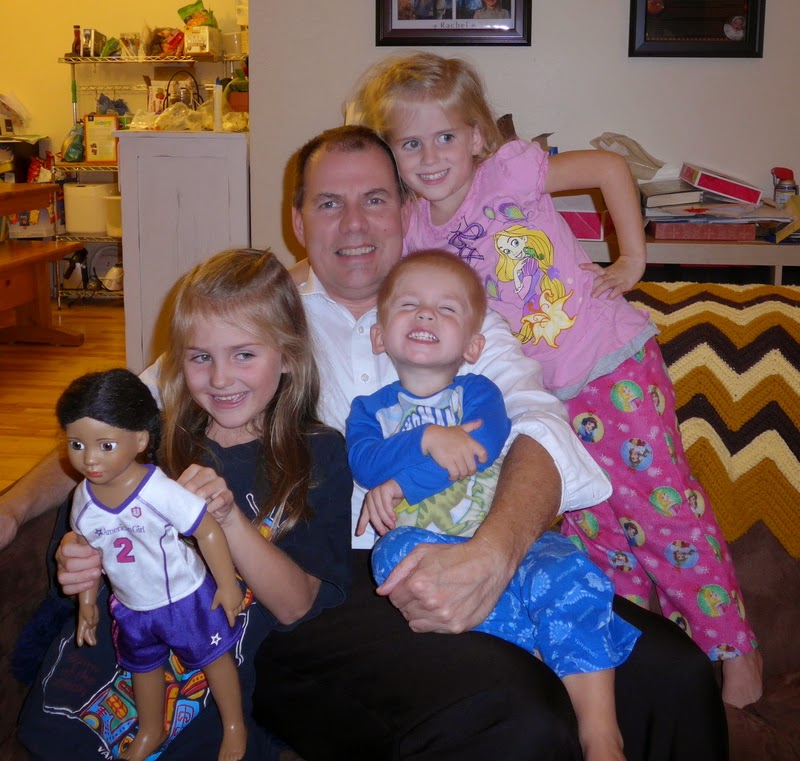 Although we were sad to say goodbye, we were happy we got to keep Grandma around for a couple more days at least. She spent most of her time doing every little thing the kids asked her to do from "build me a train..." 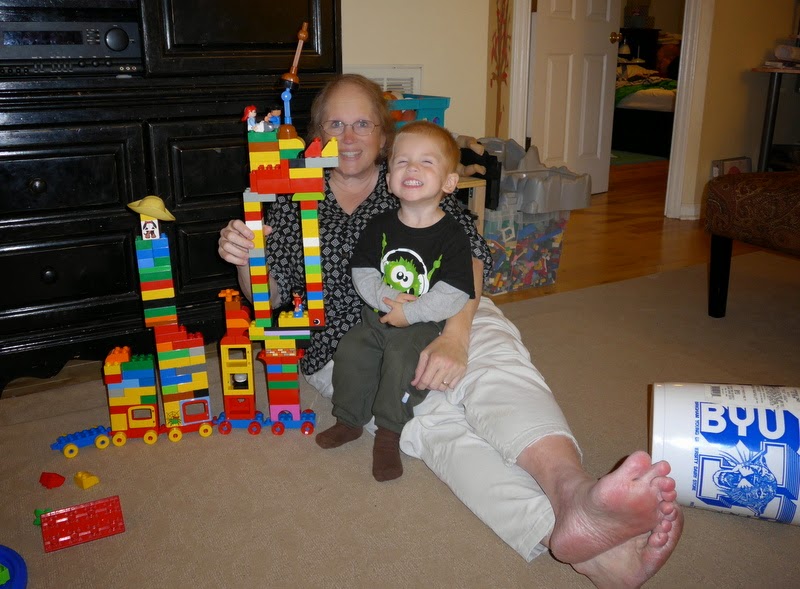 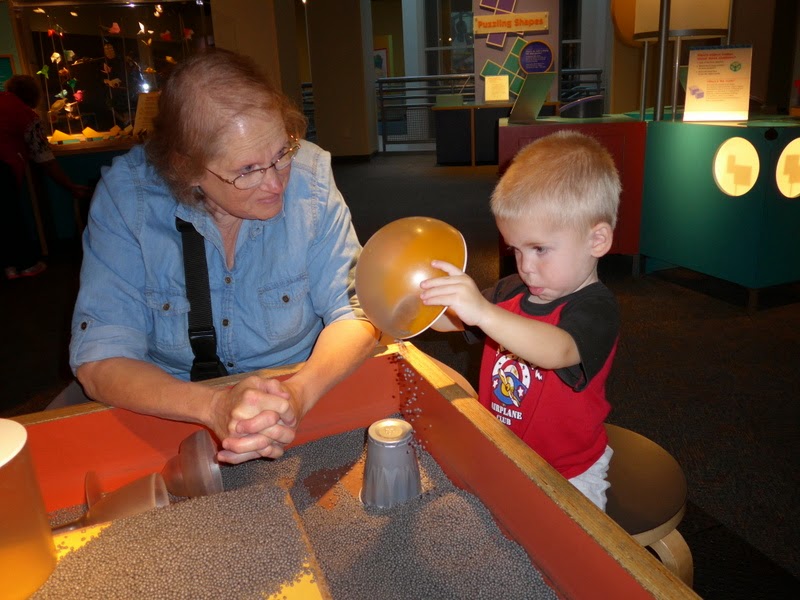 (And if only you could hear Benjamin say the word museum! It comes out almost like, "Me see 'em!") 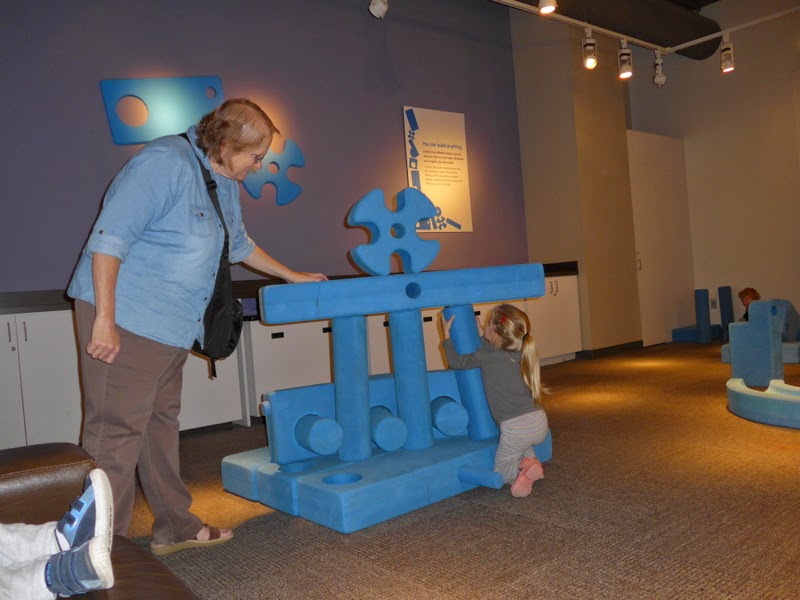 Miriam was sad when it was time to leave the museum because she knew it was time for Grandma to pack up and go. Benjamin was okay with going outside because he wanted to have a snack (he was a little upset when we went outside to the parking lot and not to the outside exhibits—he wanted to stay and play). 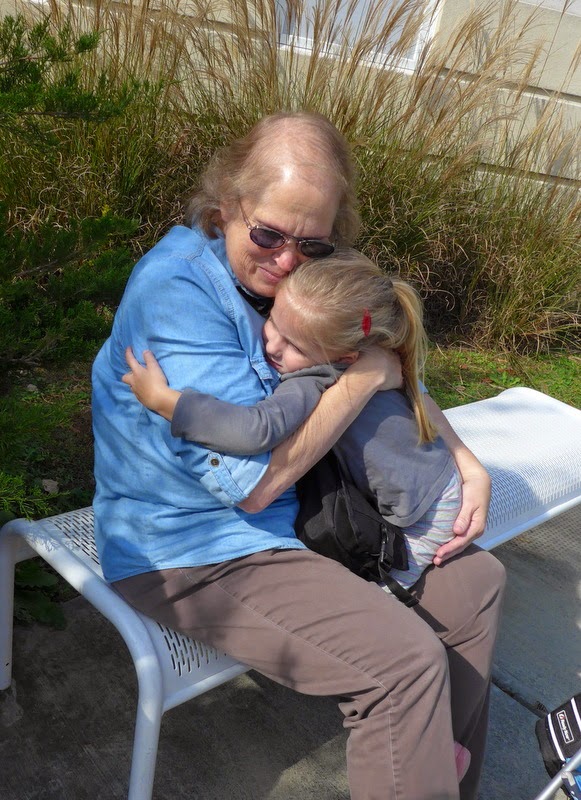 Rachel was excited when it was time for Grandma to go because we checked her out of school early! School's important, but so are grandparents and we thought Rachel should get a good goodbye in. 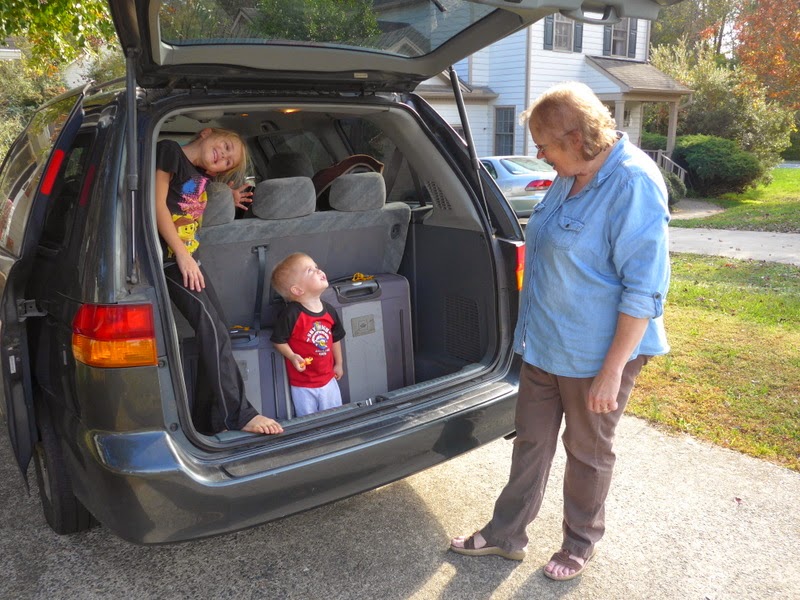 Here's their final squeeze with Grandma: 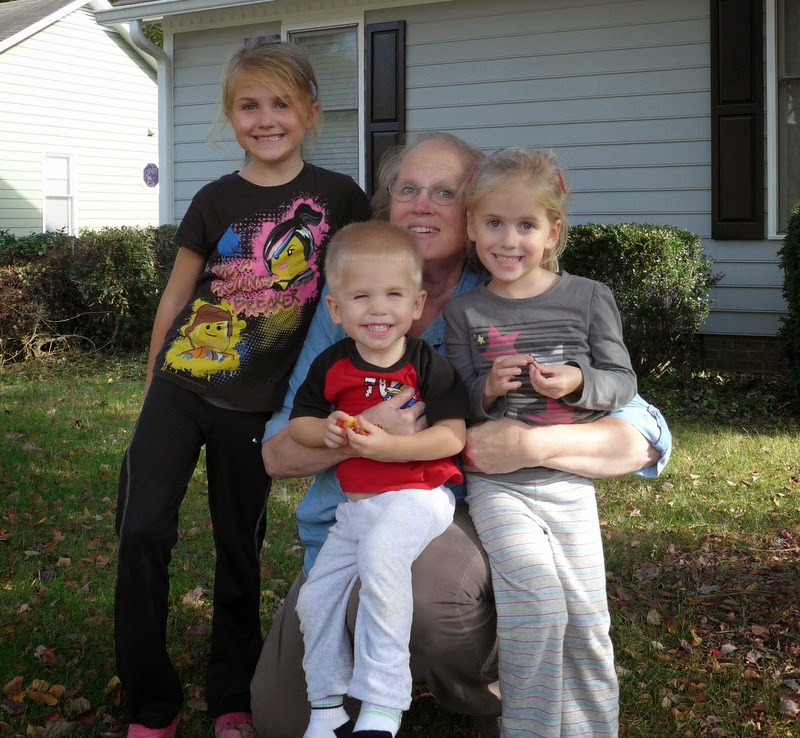 We were so happy to get to spend a few days with Gampy and Gampy-Mom. And we'll be seeing them again a lot sooner than we thought because my brother got engaged (on Miriam's birthday) and they just chose a date this past week and we went ahead and bought plane tickets yesterday. So we'll be making the trek out to Utah for the wedding. Everyone's pretty excited at our house. Miriam's keeping a running mental tally, which is kind of her specialty.