We spent the morning playing in Caitlin's awesome basement. She's a Southern California girl and although she's experienced wintery weather on vacations she has never had to live in a place with winter. She asked me about winters out here and I told her that they weren't that bad—it snows every now and then but it's not, like, the North Pole. I told her she'd be fine.

And then we had the 2013–2014 North American Cold Wave and everything I'd told her about winter in the northern southern States was completely invalidated.

She was going crazy trying to figure out how to keep two little boys inside and entertained all winter long, but luckily had an unfinished basement to fill with fun things: a bouncy house and a mini roller coaster among them.

The kids had an absolute blast! 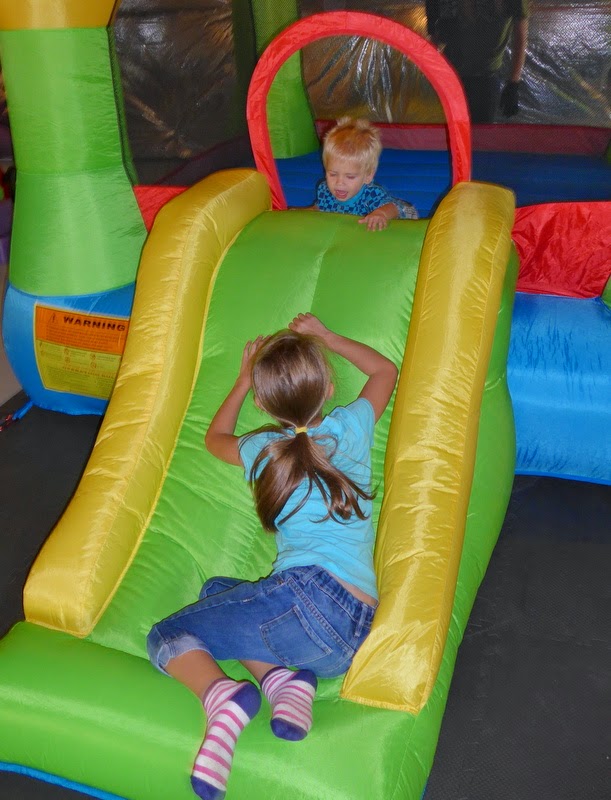 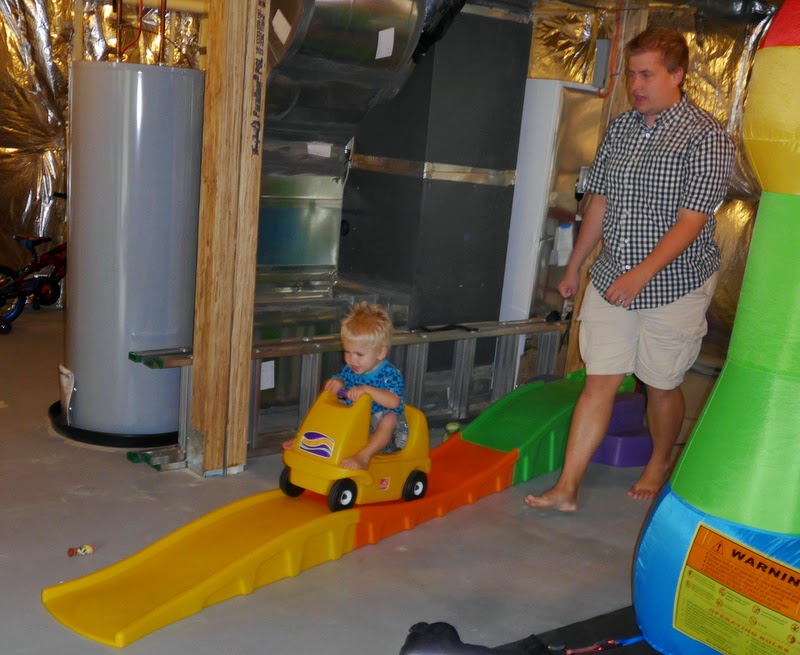 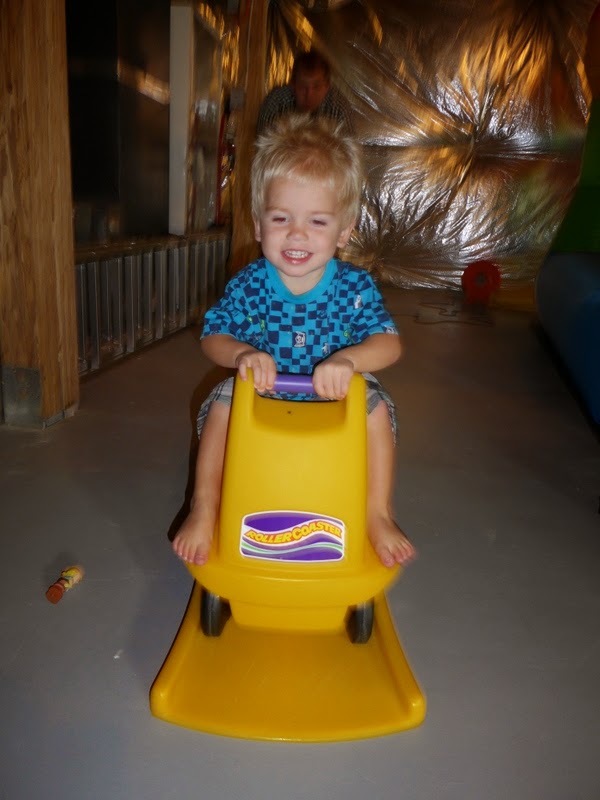 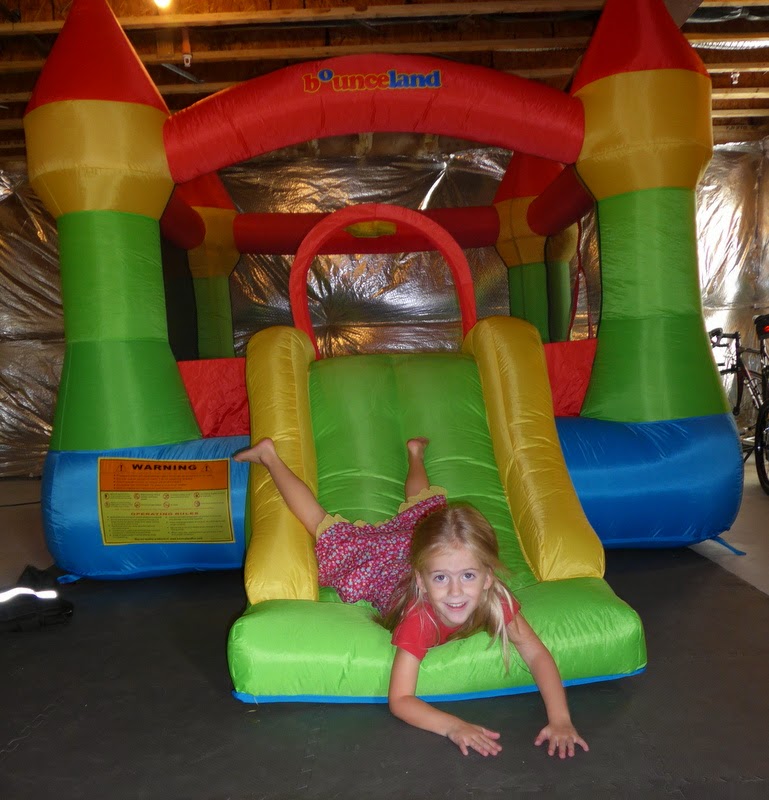 Caitlin played soccer for many, many years and she took Rachel out in the backyard and gave her some tips (she also gave Andrew some coaching tips). Rachel was about ready to start kissing the ground Caitlin walked on. She had so much fun!

Eventually we had to say goodbye and hit the road.

We stopped at the Marine Corps Museum at Quantico because the girls wanted to prove that they could go into the "noisy rooms" without screaming (being two years older since the last time we went). I'm not sure they quite made it without screaming, but they did much better than the last time. 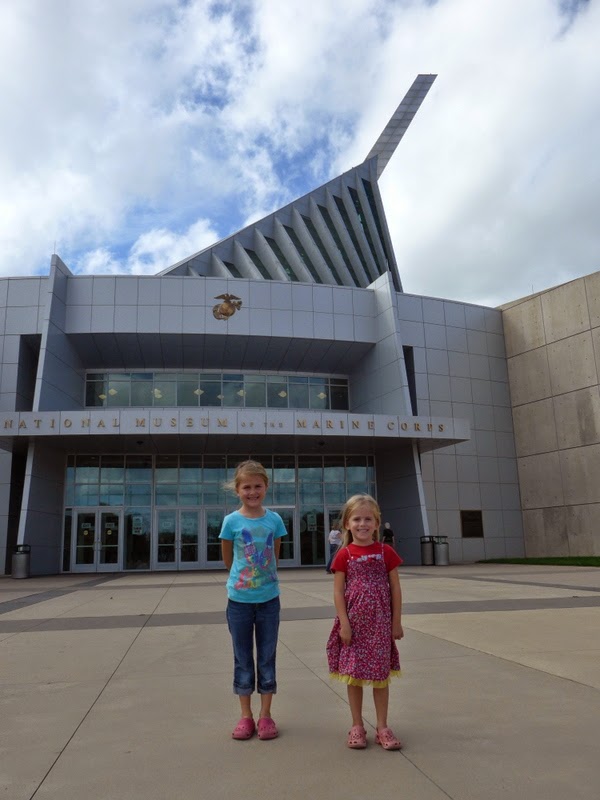 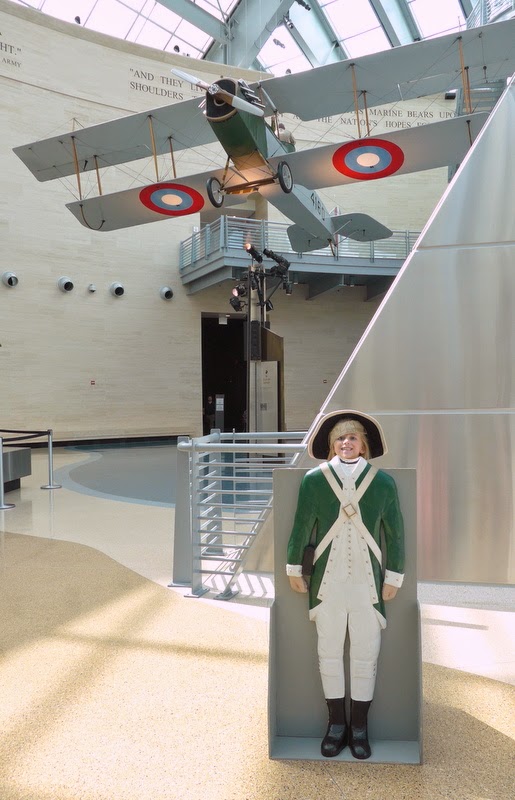 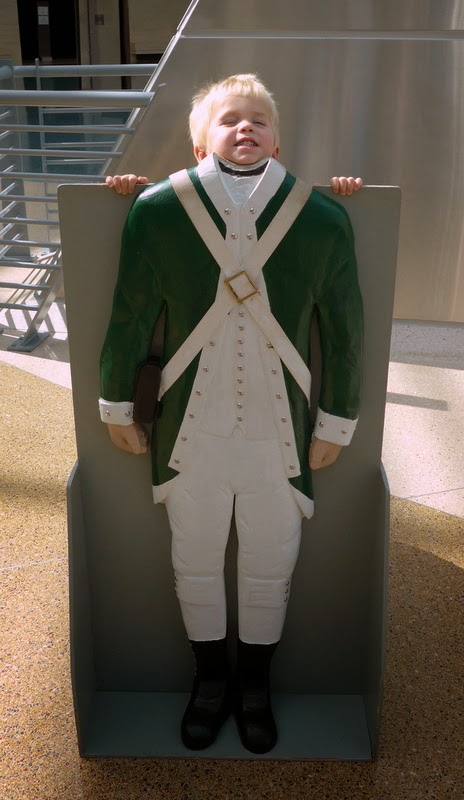 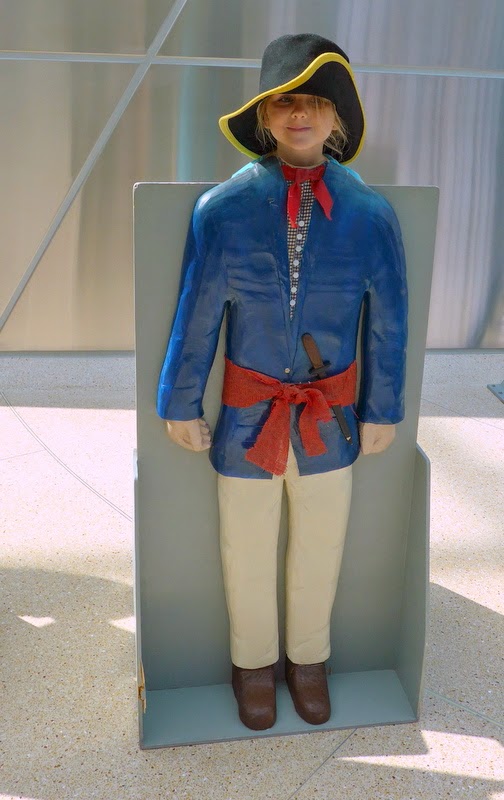 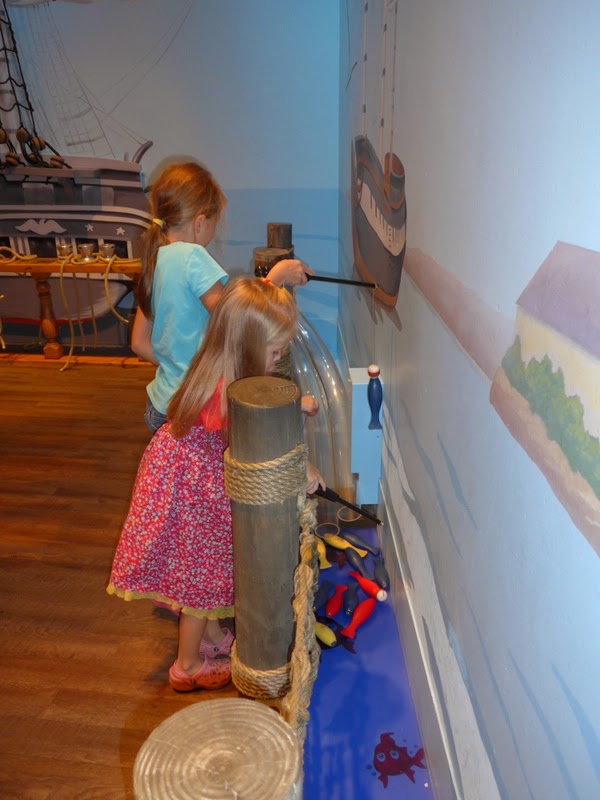 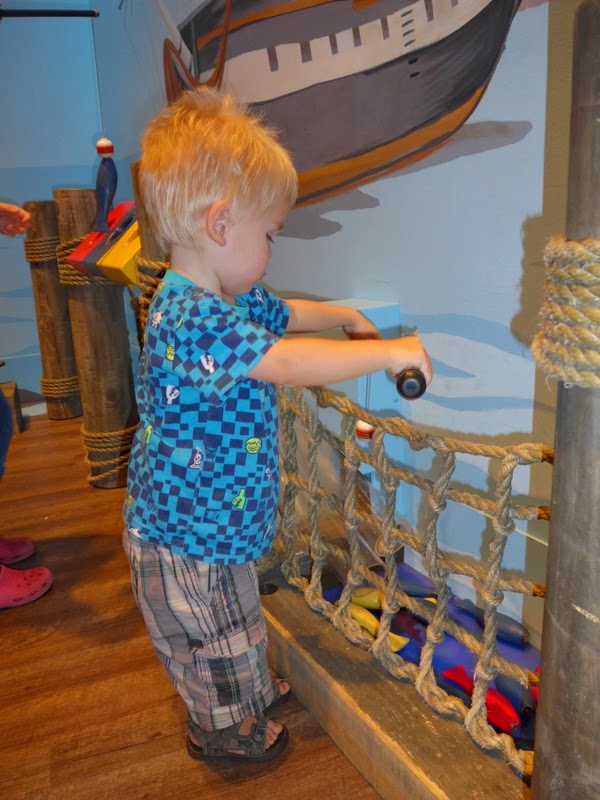 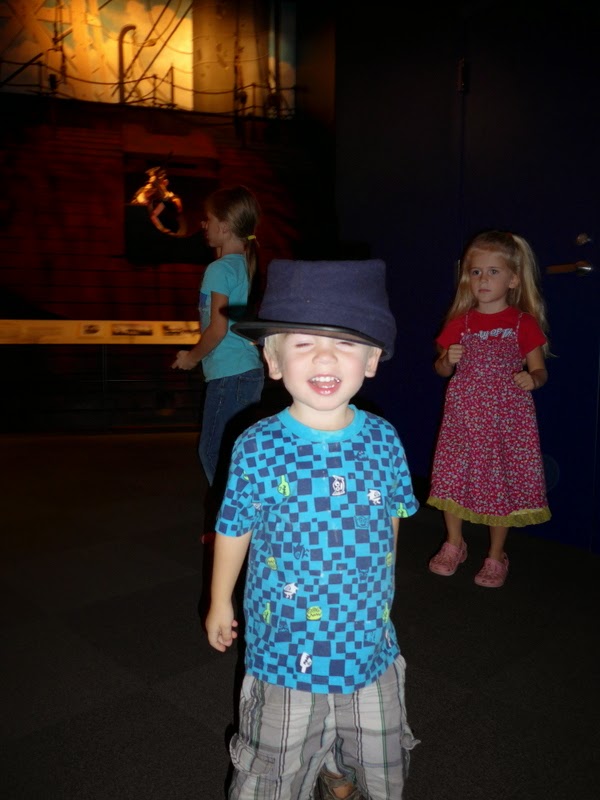 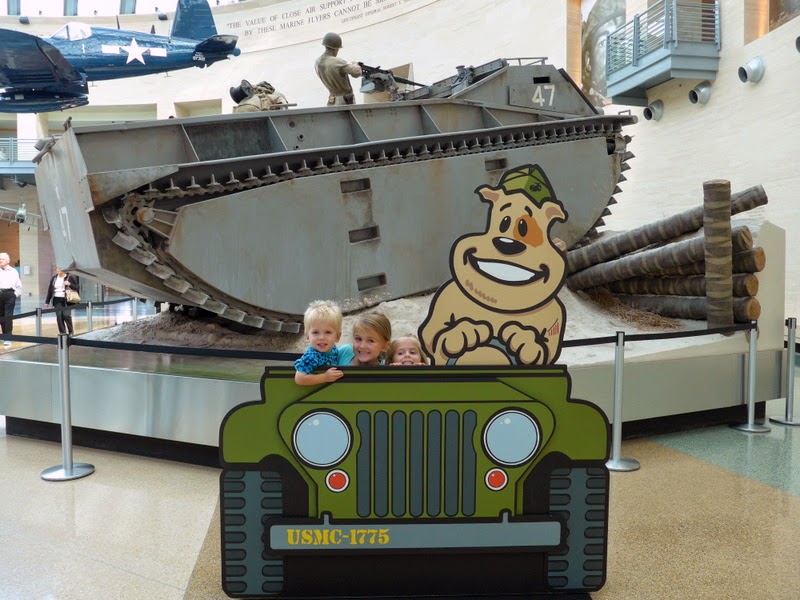 We had an uneventful ride home.

I think I actually slept the whole way (I woke up when we got off the freeway in Durham).

Andrew was a champion driver! Everyone actually fell asleep, which is an unusual thing to have happen in our car, and he wanted to put on a podcast or something but also didn't want to risk waking anyone up so he just drove in complete silence in a car full of sleeping people.

Oh, and here's a picture of Rachel being attacked with cuddles by D.: 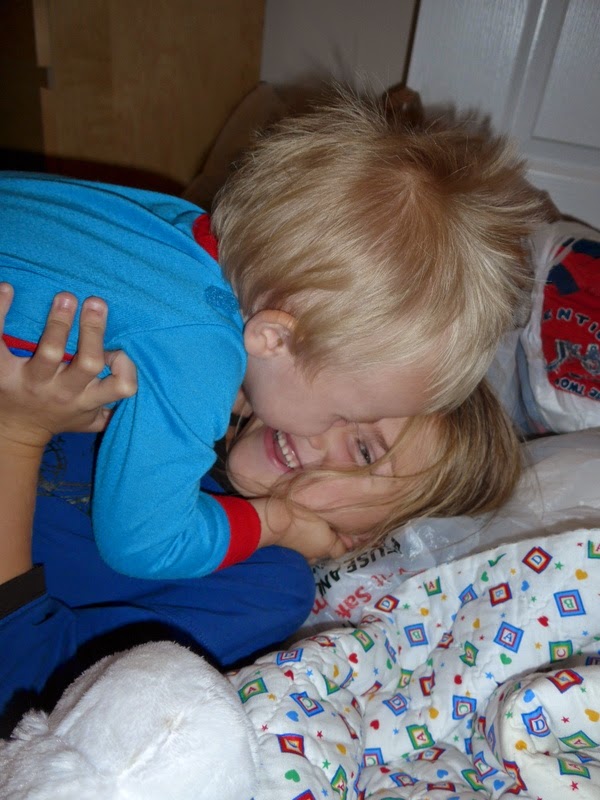 I haven't asked Caitlin if I can post pictures of her boys so I haven't yet (although I have some cute ones) but this one doesn't really show D's face, so it's probably alright. He just adored Rachel. She slept in his room and he liked having the company. He'd settle down to sleep in his crib while Rachel stayed up reading. He was constantly tackling her to rub noses.

He's about a year younger than Benjamin but they're about the same size (of course) and they both have crazy sticky-uppy blonde hair so we kept confusing them the whole time!

One night we had spaghetti for dinner and both Benjamin and D ended up shirtless (because spaghetti) and then after dinner they found some Teenage Mutant Ninja Turtle wristbands that they put on. They were both wearing nothing but blue jeans and lime green wrist bands.

D's stance is still very much a toddler stance, while Benjamin carries himself with more confidence, but with both their little pudgy tummies sticking out and their wild hair sticking up, they looked just like a pair of twins.

Anyway, we had so much fun staying with Caitlin and getting to know her family. Hopefully we can get together again...with a little less vomit involved.
Posted by Nancy at 9:39 PM