I left Zoë in pyjamas when we went to the school for Miriam's party today because she was so miserable this morning that...let's just say we're lucky that I managed to put clothes on. I wasn't ready to press the issue with anyone else. Andrew had dressed Benjamin before he left for work, so at least he was taken care of. And babies can totally pull of pyjamas, so it was fine.

I slapped a bow on her head to make it look a little more intentional and we were off.

Someone actually asked me if she was a boy.

Outside I was like, "She's a girl, actually. Her name's Zoë." 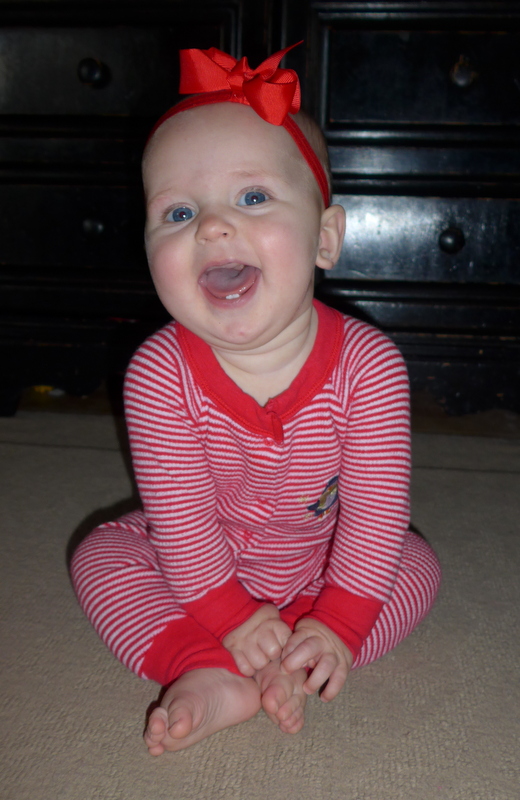 Look how happy she was when I came back. Nothing quite like someone who screams nonstop unless you're showering them with attention (and who won't sleep for more than ten minutes unless you're holding her, apparently) to help you feel needed. 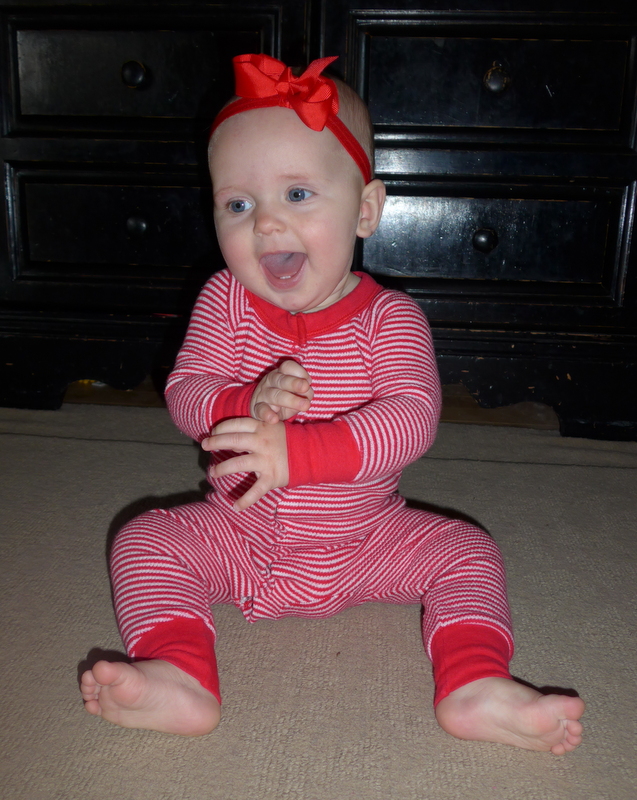 Benjamin decided Zoë should try on the antlers (more often called "antliers" at our house) he got at Miriam's class party today. She wasn't the biggest fan of them. 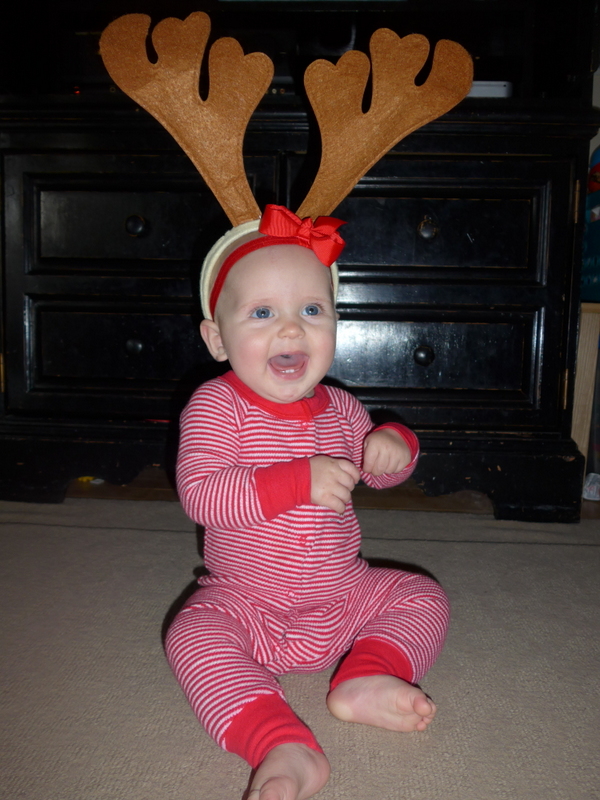 She sure is cute, even if she had me at my wit's end today (to be fair, Benjamin played a part in driving me to that point as well). Here she is giving me her "Oh, we're still taking pictures? I thought we were done" smile: 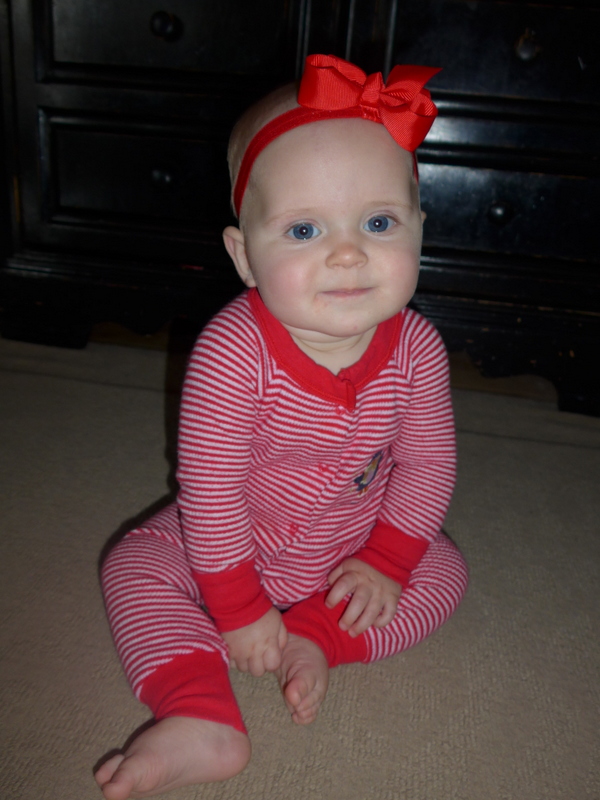 She looks all cute an innocent and everyone at the school kept commenting on how calm and quiet she was (and she was, but only because I was holding her the whole time we were there), but this was my day every time I had to put her down (ignore my impatient/unsympathetic tone (I ran out of both patience and sympathy today)):

What I really wanted to film was Zoë doing her new little hand thing (ignore Benjamin's constant pleas for me to stand up; I was filming while lying on my tummy and he kept climbing on my back):

Isn't that hand thing funny (where she puts both hands to her mouth and wiggles them back and forth)? She does it all the time lately.

Zoë and I eventually took a nap...at like 4:30 when the girls got off the bus. I was like, "Welcome to Christmas break. Want to watch a Christmas movie? Yes, right after school...you just have to pick one that Benjamin will watch and make him sit through the whole thing while I take a nap with Zoë!"

Everyone was very excited about that. Zoë and I took a wonderful nap (which may or may not have been worth it considering I just got her to go to bed) and the girls reported that Benjamin did, too!

I think the poor darling is teething again because her top gums keep developing bruises in incoming-teeth positions, which might also explain the grumpiness. My kids have always bruised prior to their molars coming through but I don't recall any of them doing it with their front teeth. There's a first time for everything, I suppose. Last week she had bruises right where her two front teeth should be coming in so I thought she'd be getting those, but that's gone away and now she's got bruises where her canines should be...so who knows what teeth are going to be coming in next.
Posted by Nancy at 11:19 PM