Keep it secret; keep it safe

Every time I turn my back Benjamin does something crazy with his baby sister. Let's be honest: crazy things happen often enough right in front of my face, but he tends to get a little crazier when I'm not right there watching him. I try to be there for every waking moment of his life because he's a little bit of a terror (Grandpa jokingly calls him a terrorist; you should see him with the baby (he's ridiculous)).

For example, the other day I heard a *glug, glug, glug* and started freaking out.

"What's that sound?" I said, running around the house. "Where's it coming from? Why do I hear water pouring out of something?"

He did. He opened the spigot on our bokashi bin and ferment kitchen scrap juice was pouring out onto our kitchen floor. The smell was potently putrid. His punishment was sitting by me while I cleaned it up.

I didn't want him cleaning it up because this was a mess I wanted cleaned up (a) as quickly as possible and (b) without being made worse before being made better. Believe me, sniffing was enough punishment.

"You leave and you'll be in even more trouble! Keep sniffing."
So I try not to ever leave him alone. Ever. But sometimes I have to go to the bathroom or make dinner or put the baby down. That's when he does his sneakiest stuff.

I went to the bathroom the other day and Benjamin followed after me almost immediately.

"Does that mean pile cushions on top of her?" I asked.

"No, you can;t pile pillows on your sister."

"Well, I already did and she's not crying...so she likes it!" he said.

He scampered out of the bathroom and I chased after him and, yup, there was Zoë...under a pile of pillows. 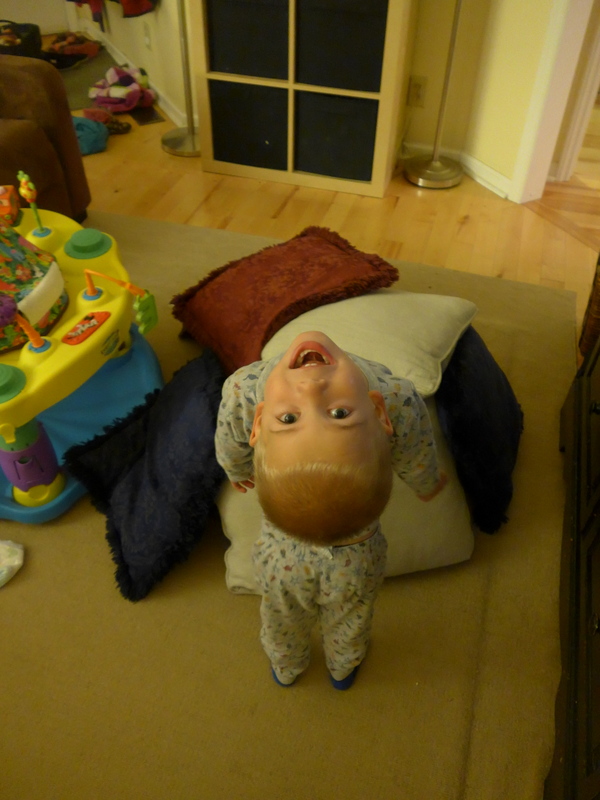 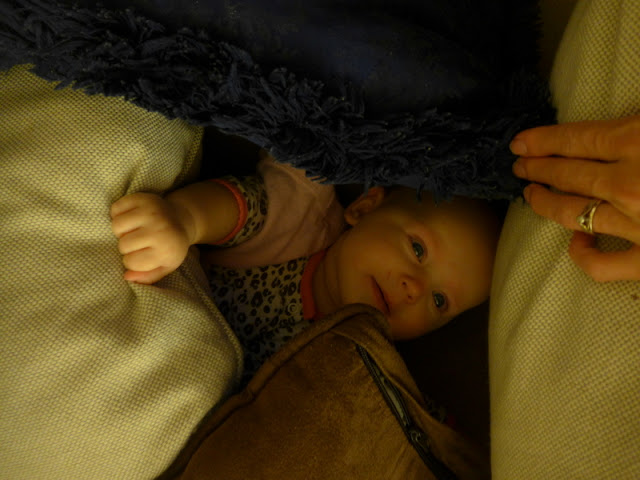 I mentioned to someone that this is why they don't share a room yet, even though they're supposed to, but I did finally clean her crib out today and put her down for a nap in their shared bedroom because she's going to have to learn to sleep in there sometime. 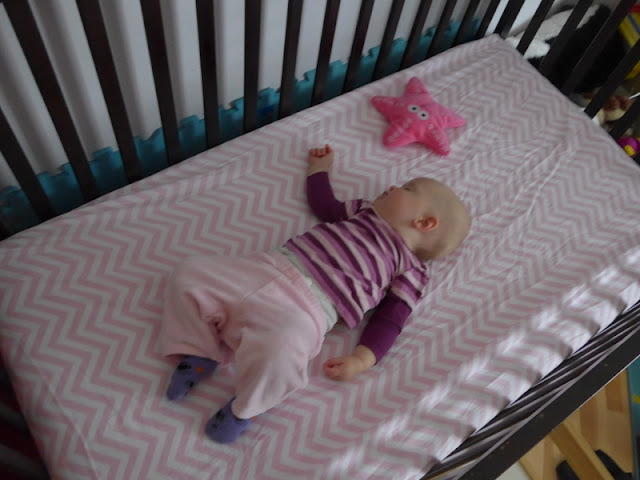 Let's just say that co-sleeping has been fine...but last night she drove me crazy so I thought she should learn to like her crib, though leaving her in that room with her mischievous brother worries me (to the point of me trying to figure out if there's a way to cram her crib into the girls' room (there's not)).

His main goal in life is to sneak around terrorizing his sister while my main goal is just to keep her safe from him! We wear each other out, Ben and I!
Posted by Nancy at 12:18 AM