The day the music died

The day Grandma died, we didn't send the kids to school. Emily and Grandpa went to the mortuary early so they could call the prison and have the mortuary confirm that Karen had in fact died, a rather grisly chore. The rest of us got up and sat around before trying to get working on our ever growing list of things to do. It was difficult because we didn't really know what to do.

Grandpa says he just plugs into every resource he can (and typically people try to make death as easy on the living as possible). Turns out death certificates take a while to get and you can't do much without one so we put the to-do list aside and headed to Cowboy Donuts. Grandpa declared the day akin to Christmas morning and nothing was off limits.

So some of us traipsed off to the doughnut shop wearing rainbow jammies, a rainbow sweater, a crown, and Sunday shoes. And that was fine. Because nobody can tell you how to dress on Christmas.

Grandpa let us choose any doughnut we wanted, which was a magical experience. The children's eyes got all big as they stared at the selection. Some of us changed our minds ten times before it was finally our turn to order while others of us knew exactly what we wanted. 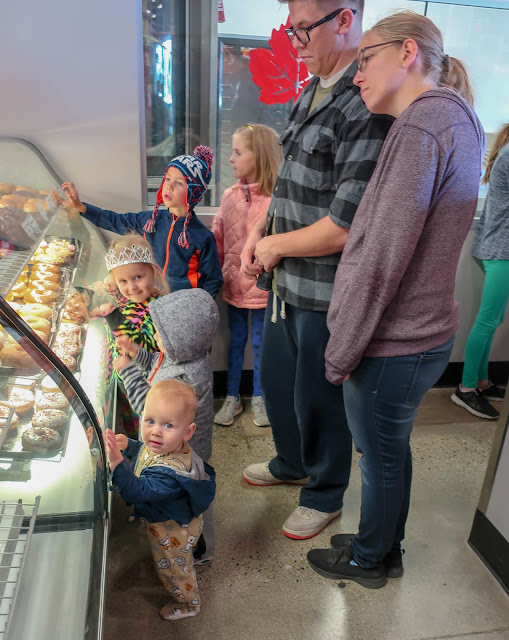 And then we sat around and munched on our doughnuts and chatted before heading back home. Our conversation was unremarkable, nothing but nervous chatter to fill the void. 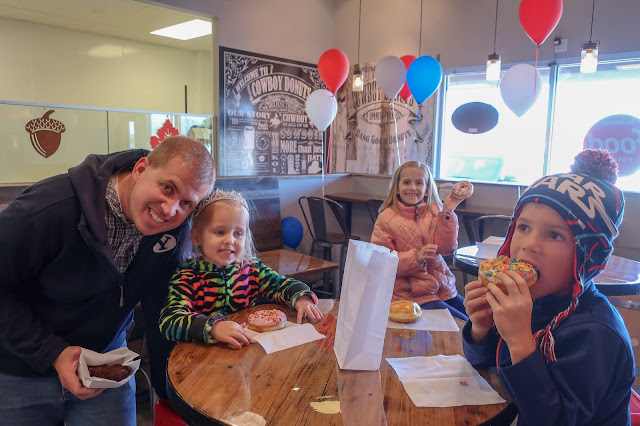 I can't remember if we were feeling happy or sad or something in between or nothing at all or everything all at once.

We smiled for photographs but only because we have been conditioned to smile for photographs. At the Topaz (Japanese Internment) Museum, this phenomenon was brought up several times because the families that had been torn from their homes and were being shipped off to who-knows-where smiled for photographers at the train station. They smiled in spite of their fear and their anger and their sorrow. They smiled because that's what you do when you're in front of the camera. 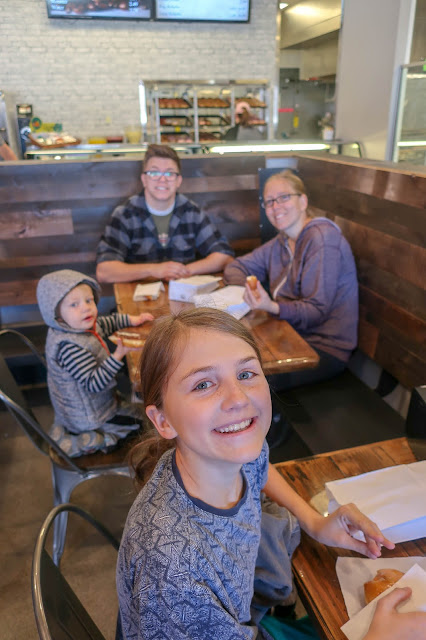 So we smiled, even if we didn't entirely feel like smiling. 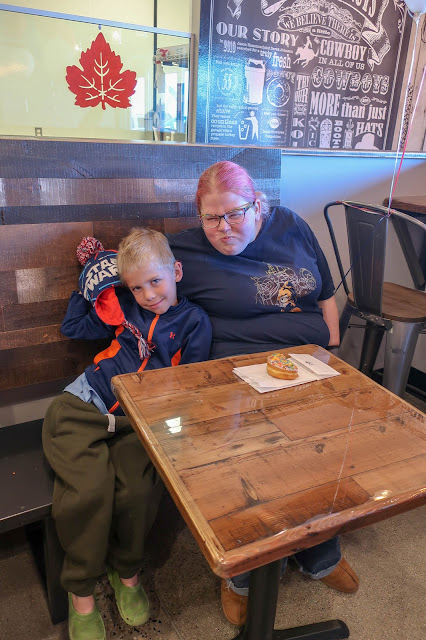 When we didn't know the camera was trained on us we looked a bit more shell-shocked. 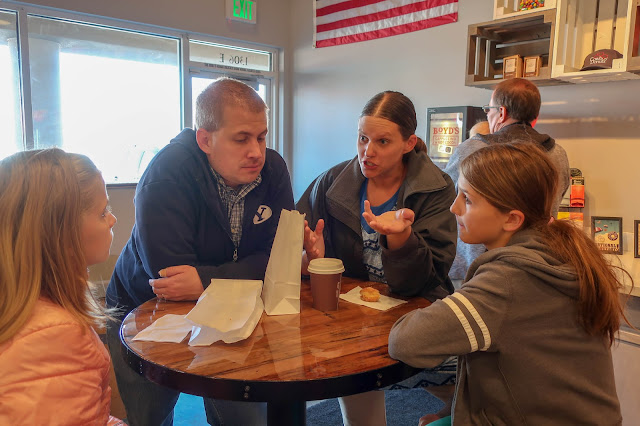 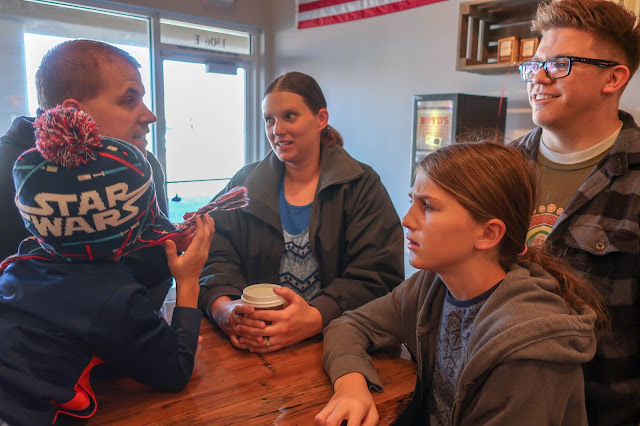 Our sadness, however, has been mercifully accompanied by a feeling of peace, of stillness, a knowledge that this is, for whatever reason, what needed to happen. It's still a hard thing, but it's made easier to bear because we've been so filled—almost overwhelmingly—with peace. 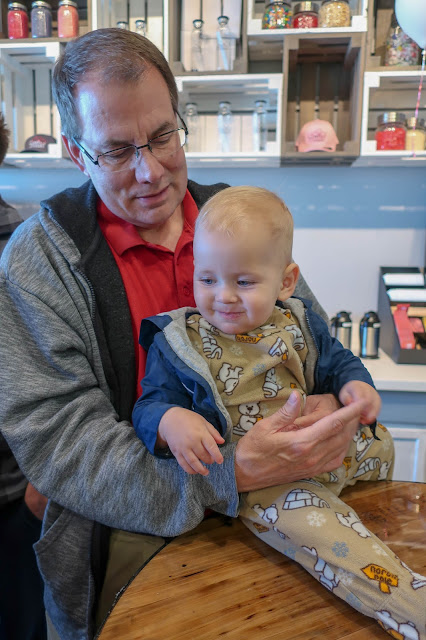 We've seen so many tender mercies the past couple of weeks—the spontaneous tender mercies of a community willing to mourn with us as well as tender mercies that we realize God had been orchestrating for us years in advance—and while we can't entirely understand how this will ever all work together for our good we are at peace knowing that—somehow—it will.

And then, because it was akin to Christmas morning, we took any and all limits off of Wii time (and screen time in general) and we indulged in whatever the neighbours were bringing by (cookies mostly) and we visited and played games and visited and did puzzles and visited.

It was the day that Grandma died, yes, but it was also the day of the Doughnut Run, a day of cousin fun and a day of too many cookies.
Posted by Nancy at 1:05 AM