A few weeks ago, as part of our discussions on the UN's 17 goals of sustainability, we settled on doing a fundraiser for Gather for Goats to help do our part and finally—and suddenly—we managed to pull it together today.

We had originally planned on doing it Saturday morning but the forecast for Saturday morning was looking particularly dismal (cold and rainy) and we didn't think even the promise of hot chocolate would lure anyone our direction. So as I was hemming and hawing over whether we should postpone until next Saturday (which would be hard considering all the goodies we'd baked this week) it dawned on me that Friday afternoon/evenings are a thing.

So, in a flurry of activity this afternoon we managed to (1) make and deliver flyers in our neighbourhood, (2) announce it on our ward FB page and on our neighbourhood website-app-thingy, (3) make rice krispie treats, (4) make a banner for our table, and (5) set everything up.

The kids had high hopes of earning $300 (because then they'd get to name a goat! (which would be given to a family of Syrian refugees living in Jordan to provide milk)) but only managed to rake in $70 (which is a pretty good amount, I think, especially considering that donations are matched 1:1 through the month of October).

Here they are with their cute little stand: 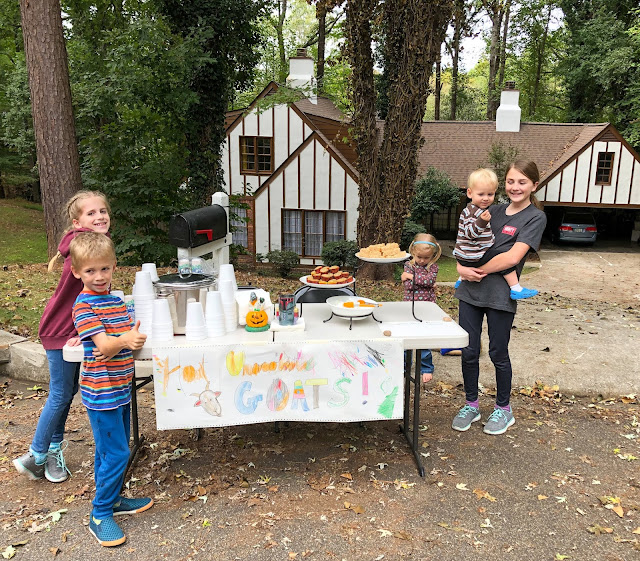 Zoë is pouting because she was told she would have to wait before she could have hot chocolate.
Here's another picture because I asked her if she would pretty, please smile for just one picture and instead of smiling she turned her back to me: 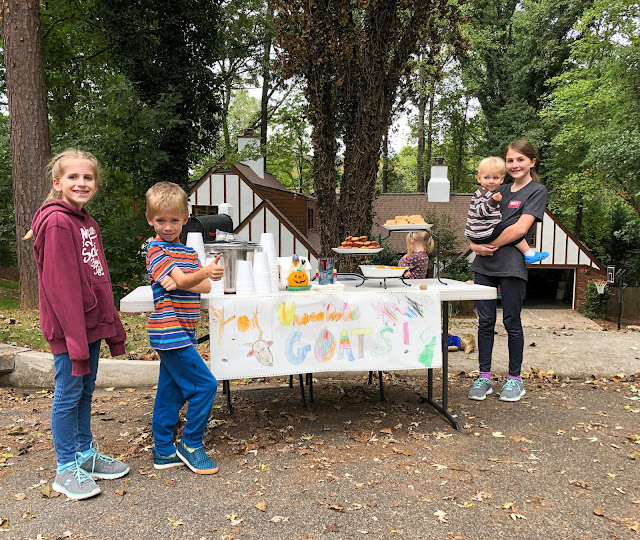 It was actually pretty fun to get to visit with our customers.

Honestly, I find lemonade stands a little annoying. I just can't get behind the idea of. They don't teach children anything about business and it makes me mad that they ask such overinflated prices for such pathetic product. So I'm a bit of a grinch and rarely stop at lemonade stands because I don't feel like I necessarily want to help Tim and Sally earn money for Whatever Frivolus Thing They Want Money For. Like, it's not a legitimate way to make money. People are just giving you money because they think you're cute and...stop.

But, like I said, I'm a grinch (though my cousin's kids set up a lemonade stand right by a jogging trail that ran by their house and they made bank—they had dog biscuits and lemonade and water and...people seemed to really like it, but they also seemed to actually be filling a market niche there and not just begging for money).

But fundraising lemonade stands are a thing I can get behind because I don't mind throwing a few bucks at some cute kids for some watery hot chocolate (guys, I hope it wasn't watery but I didn't taste it so who knows?) and home-baked treats if I know they're then going to use that money for a good cause (and I don't consider "we want to go to an amusement park" a good cause).

So, I felt a tiny bit hypocritical allowing my children to host a hot chocolate stand, but I was able to rationalize that away since it was a fundraiser. And they ended up buying half a goat, more or less—since $70 doubled is $140, which is well on its way to funding half a goat.

Our hot chocolate stand was open from 5 to 7 PM, so we had dinner a bit late (I threw a frozen lasagna in the oven right at 5:00 so it was ready for us at 7:00), but that was alright because we got to enjoy this beautiful sunset as we sat down to dinner: 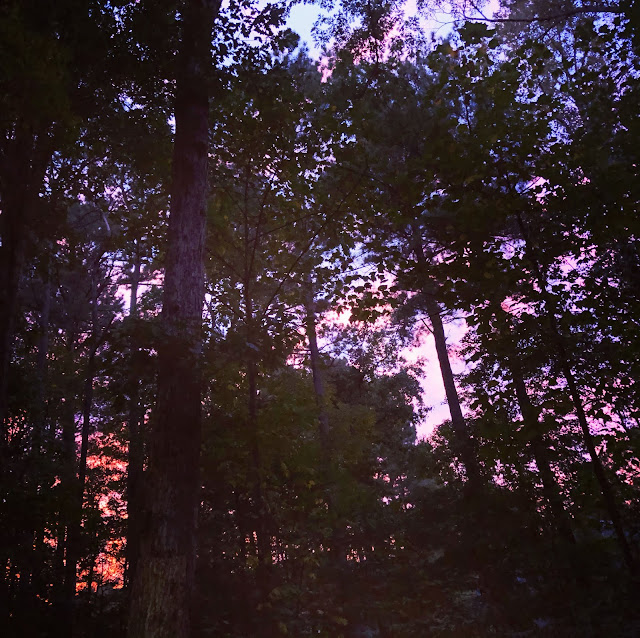