Trees and knees (and things)

Yesterday Andrew lugged our tree upstairs and we set it up, which the kids were rather excited about. One of these years we'll unpack our beautiful blown-glass ornaments from Egypt, but this year was not the year (those poor things have been in storage forever). We got out our non-perishable ornaments and let the kids decorate the tree however they wanted. A few breakable ornaments were carefully tucked into the highest boughs, but other than that things are just helter-skelter everywhere. And I'm perfectly fine with that.

Here are Alexander and Zoë working on the bottom of the tree: 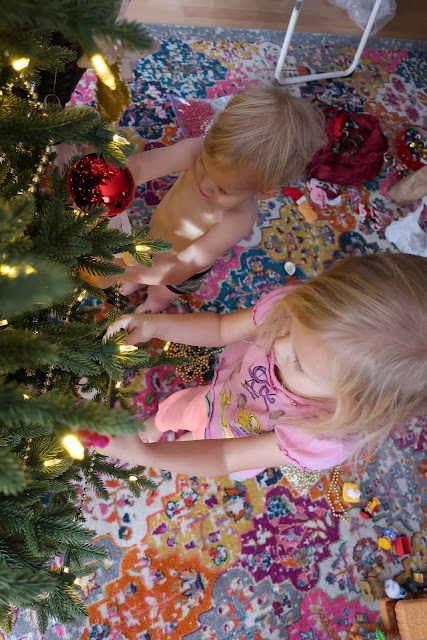 And here's Rachel admiring an ornament Karen made once upon a time: 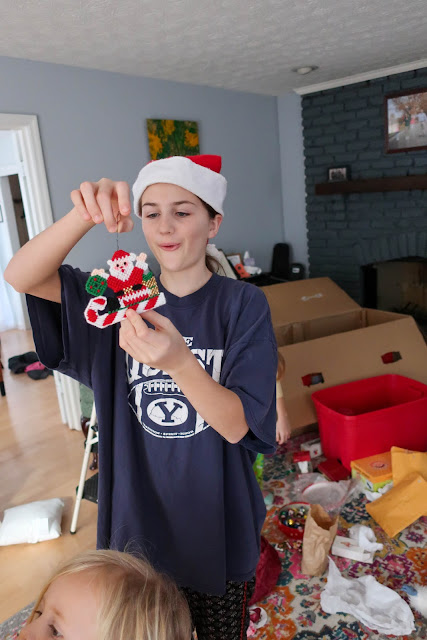 Here's Alexander again. He's super cute and thinks it's a real shame when he has to cover up his underwear (or ever take it off). I practically had to bribe him to put pants on to go play outside today ("I pay out'ide in mine underwear!") and when Andrew told him he'd need a diaper for bedtime he firmly said, "I tan wear mine under-ronies to bed, Dad!" So he went to bed with a diaper and underwear tonight. 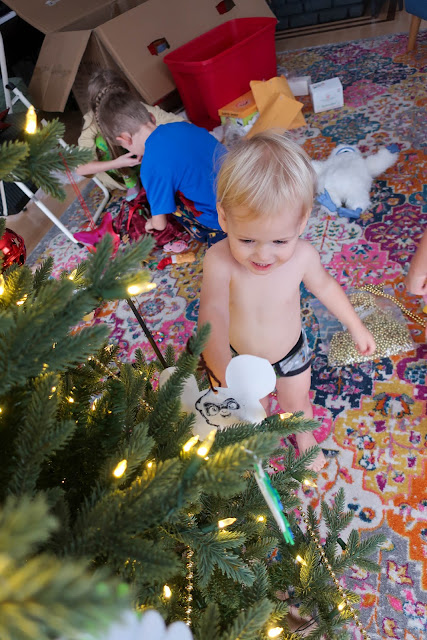 Here's Miriam showing off one of the ornaments she found (it's got an M on it—for Miriam): 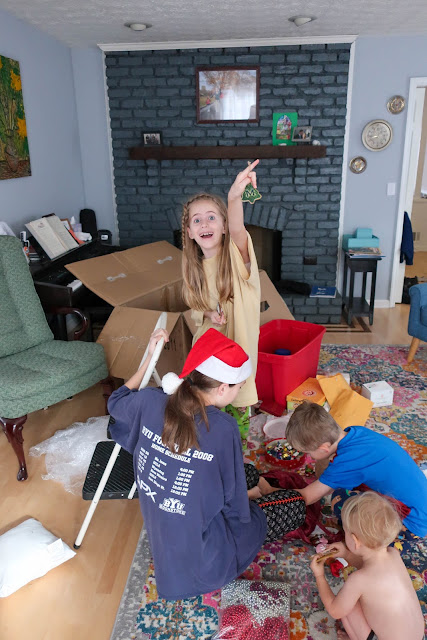 Oh, look, another one of the baby, working hard to get those ornaments to stay put: 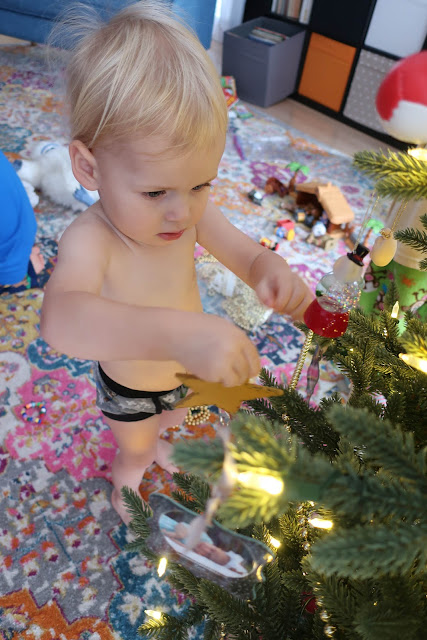 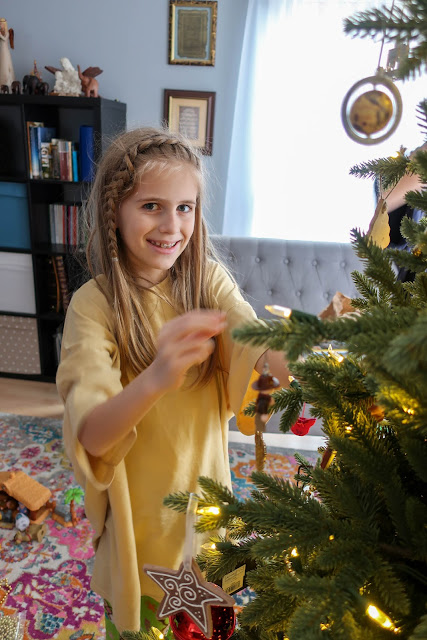 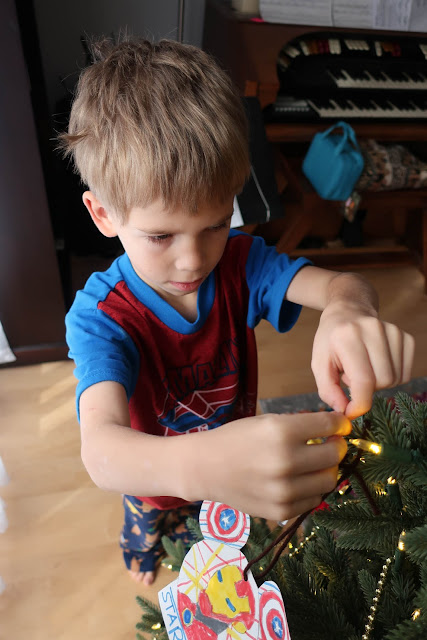 And Zoë, who was drawn to every ornament with letters on them so that she could read them: 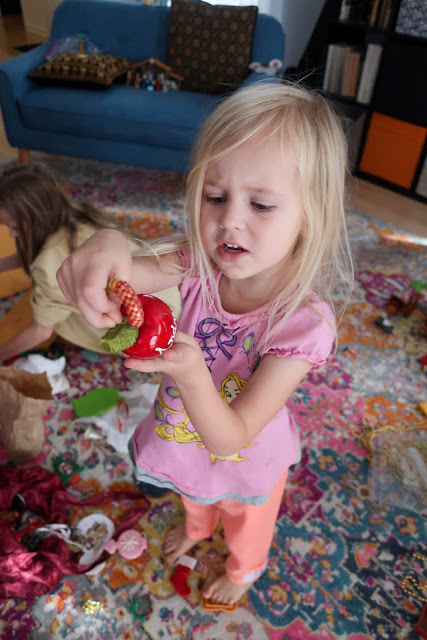 When we were all done, the kids had fun looking through our collection of Christmas books, and this little one particularly enjoyed (and can often be found) just sitting and staring at the miraculous thing of beauty and wonder that suddenly sprang up in our living room: 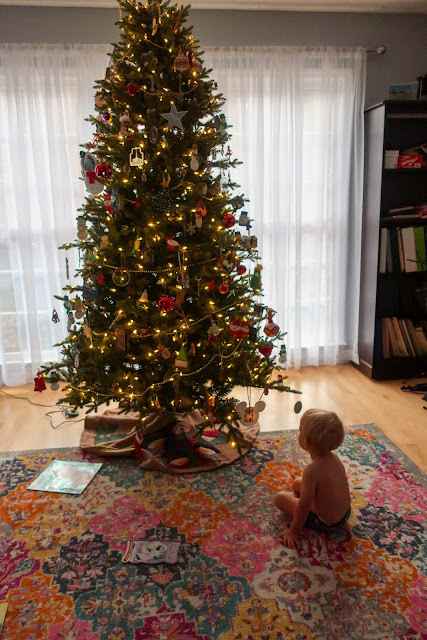 Later in the day when the kids were getting cabin fever, I ushered them outside. It's not that the weather was unpleasant or anything; it's just that sometimes I can't get my kids to go out there (it's weird—the weather is perfect and they've got plenty to do outside and also nothing to do outside (they can do either: plenty or nothing; I don't care as long as they're outside)).

I ended up playing frisbee with Benjamin in the cul-de-sac for a while and then the girls begged me to help them put up the badminton net. We set it up over the rock barrier between our "lawn" and our driveway turn around spot (so that no one would trip on the rocks while backing up to catch a birdie, see—we are so safety-conscious!).

The girls and I were having a great time whacking the birdie back and forth. We weren't really playing by any rules, simply working on our serving and returning skills.

Andrew, who'd been trying to remain cooped up in his office, working, couldn't stand us having all the fun and came out to join us. He is a rather aggressive player, so aggressive that as he was running for a hard-to-hit birdie, he slipped (on some leaves of course, even though we'd just spent hours blowing/raking leaves and mulching them with the lawnmower on Wednesday afternoon) and went down, hard.

But he hit that birdie, by golly!

Unfortunately, we're 90% sure he also tore his ACL. He heard his knee pop and hasn't really been able to put weight on it since. His knee is swollen and bruised. And he is in immense amounts of pain.

He went to the urgent care this morning and they took an x-ray. His bones are fine so he'll need to get an MRI done to check for other damage (which is most likely one of the tendons in his knee) and has an appointment for that on Monday morning.

So that's a major bummer, and will likely require months of recuperation. I'm hoping we can avoid surgery but, like, who knows. The good news is that Andrew's in good company.

And thank goodness he carried the tree up before he hurt himself! I never could have managed to get that thing up the stairs by myself. We might have to leave our tree up until next July now, but at least it's up.

In other news, I'm also hobbling around. My kids left this charming Christmas ornament (of death) in the middle of the living room (it's the star that the abominable snow monster from Rudolph puts on the tree)* and I didn't see it (it blends into the carpet, okay?) and romped on it while I was carrying an armful of books to put away.

So, my foot is bruised and swollen and sore (but I successfully did not do anything crazy like sprain my ankle, which I was very afraid of doing, and which would have been terrible timing). I feel a little guilty for even limping a little bit because I know Andrew's in way worse pain than I am in.

But I guess that's why pain isn't a contest.

Like, Andrew's immense amount of pain doesn't lessen my pain (even though his pain is arguably much greater than my own). I think we tend to weigh things like that as humans though—we tend to wonder what right anyone has to be sad/stressed/angry/happy/whatever because someone else has it worse/better. But that's not really the way it works, is it? We're always entitled to our feelings.

Not that that really has anything to do with my foot (or anything). It's just something my foot made me think about.

I'm not too upset about my foot though because I know it'll be alright in a day or two. But Andrew's knee...guys...I dunno... 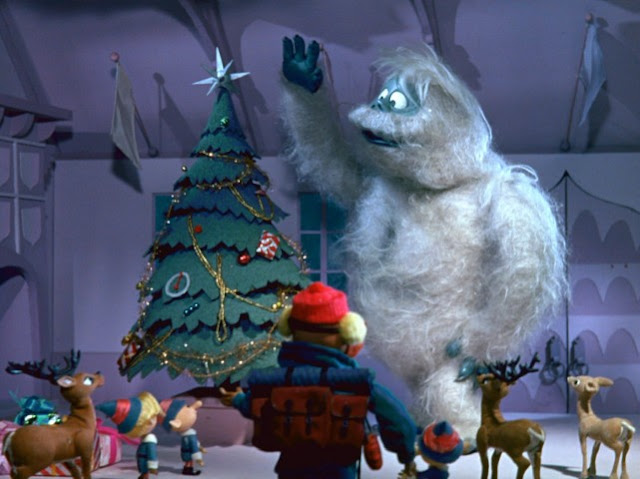