Andrew flew in late last night, which was good because he was filling in for all the accompanists at church today. Seriously. He played the organ for sacrament meeting, he played the piano for primary, and then he had to cover for the choir pianist as well...which made things awkward because he's also the choir director.

When Alexander saw that Daddy was sitting at the piano rather than by the director's stand, he saw his chance to make his big debut. He lugged over the little stool (kept on the stand to help our smallest ward members reach the pulpit in order to bear their testimony or deliver their lines for the primary program or whatever), climbed up and then happily announced, "I up here!" 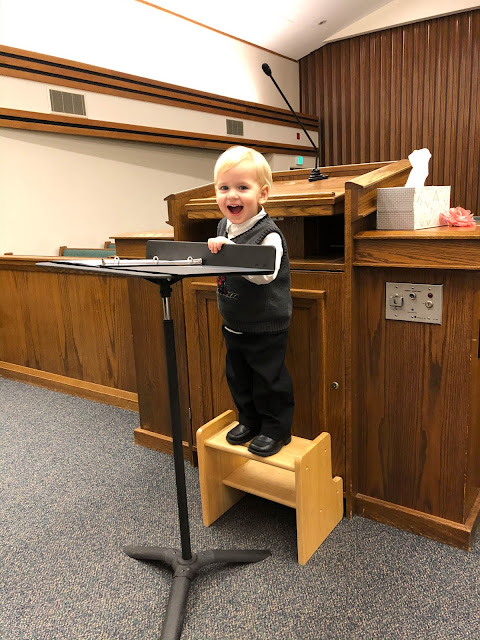 He stood on that stool for the bulk of the practice, flipping pages, singing his heart out, and occasionally waving his little arm at the rest of the choir (he loves conducting).

We thought it was great that he finally got to fulfill his (dream) calling! 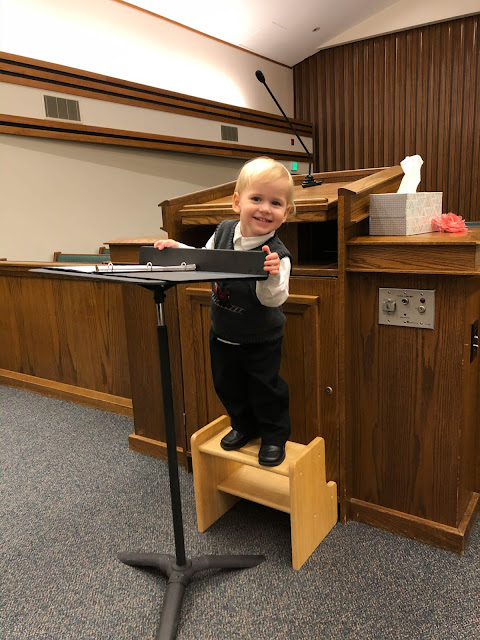 In other news, I don't normally let my kids drink juice (because I'm a meanie).

We don't buy it very often at all; I encourage them to drink water. But, one of Rachel's classes at school had a celebration on Friday because they'd all scored so well on some district exam (which one? I don't know because they are tested so stinking often). I volunteered to bring in drinks for the class, and we wound up with an extra package of juice boxes, which the teacher sent back home with us (since we have "so many mouths to feed"). I let the kids each have a juice box with lunch today.

Alexander drank deeply, then paused to breathe and sighed, "I happy boy!"

Nectar of the gods, apparently.
Posted by Nancy at 11:50 PM