When I said Phoebe had never been to the library, what I meant was that she had never been inside our own little public library. I've always left her at home or, when she was really little, sitting in the car with Rachel while I ran in really quick.

She has, however, been inside the library at UGA and at BYU.

Naanii took us on a little tour of the Harold B. Lee Library (the HBLL), showing us all the things that have changed since I was last there—which was a lot! I hardly recognized the place!

Perhaps the most exciting thing right now is this exhibit that my mom put together (with some collaborators, of course) on Provo Pop Music Connections—from the Osmonds to the Killers and beyond. It's pretty cool!

Beyond seeing my mom's exhibit, one of my favourite parts of the tour was stopping by the auxiliary storage unit (which was all new to me!) and having Emily show me around (she was one of my supervisors when I was a student working in the library many years ago). 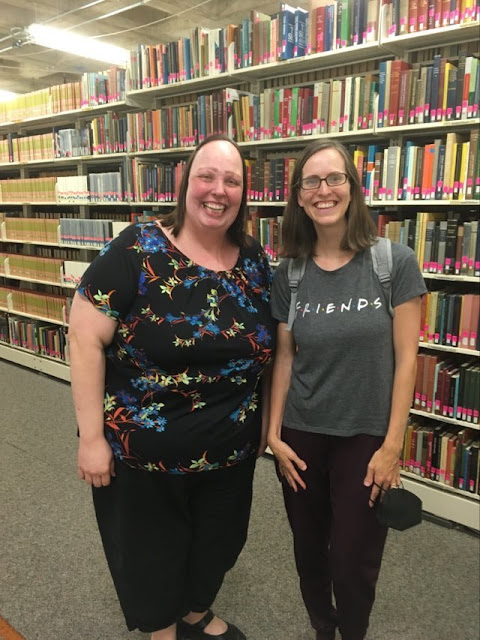 She had me climb up on the step ladder so I could see over the vast sea of compact shelving and marvel at how many books they have "in storage" yet still accessible. Essentially, patrons can't just come back here to browse but any book they request can be grabbed within minutes by a librarian behind the scenes (Emily; it's Emily who is behind the scenes). 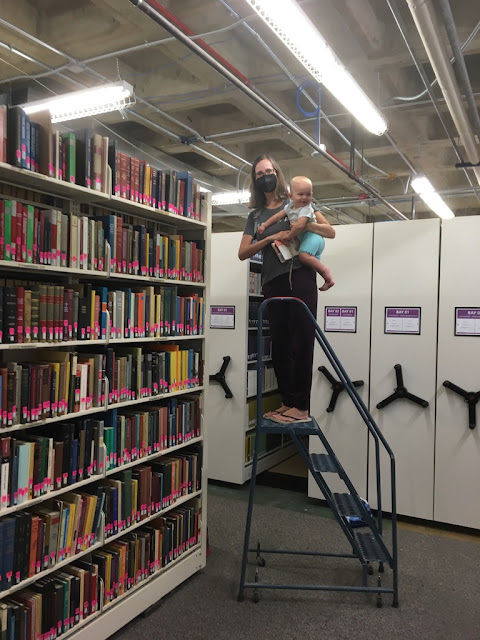 The library still has a browsable collection, of course, but they needed to make room for more group study areas and...a cafe?!?! Yes! Not only are you allowed to talk in the library these days, not only are you allowed food in the library these days...they're putting in an entire cafe!
My mom hopes they'll have soup.
Anyway, here's a view of the stacks and stacks of books. They can house millions and millions of items in this storage space (which would take up way more room in traditional shelving). 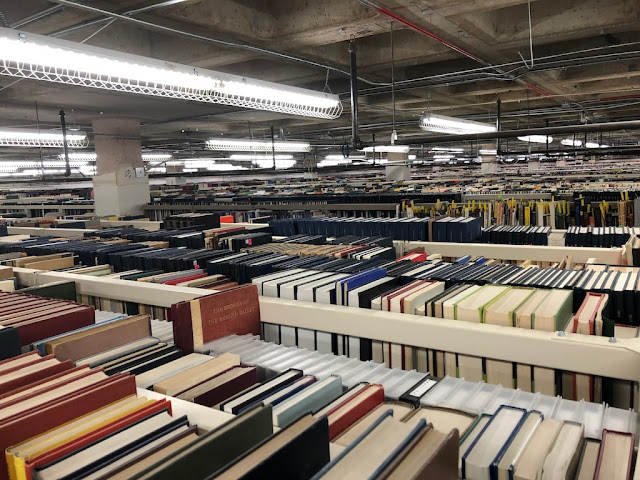 Phoebe was most interested in the step ladder. She'd like to know why we don't have one of these bad boys floating around our house. She could get into so much more stuff if we had one! 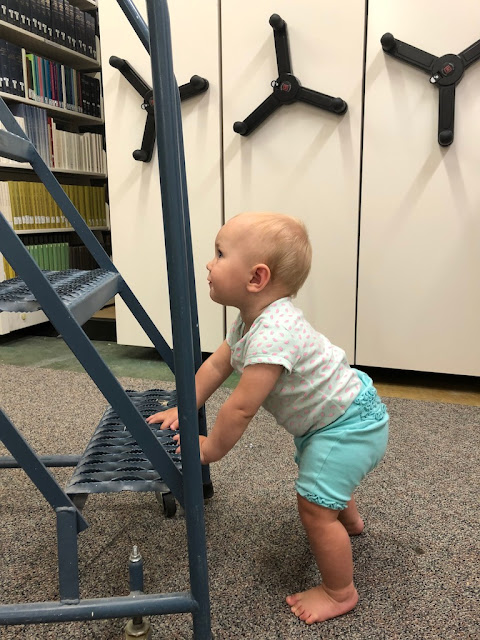 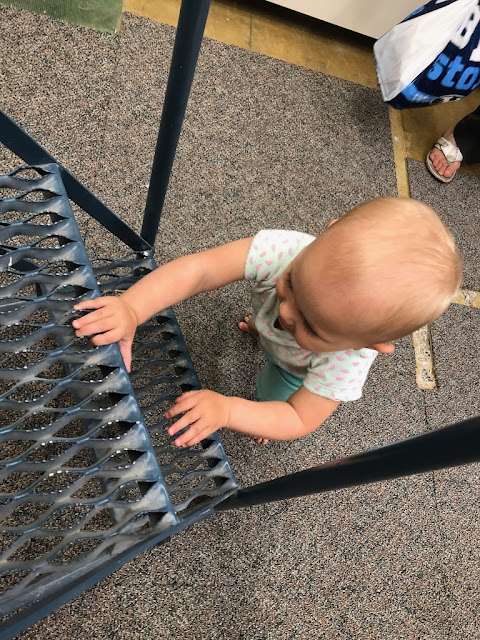 And here's Naanii explaining something about her collection to Emily; she'd had to decide where to put some things that she knew were ultimately going to wind up in auxiliary storage, so she put them way up on the top shelf where they wouldn't have to do any other shifting. 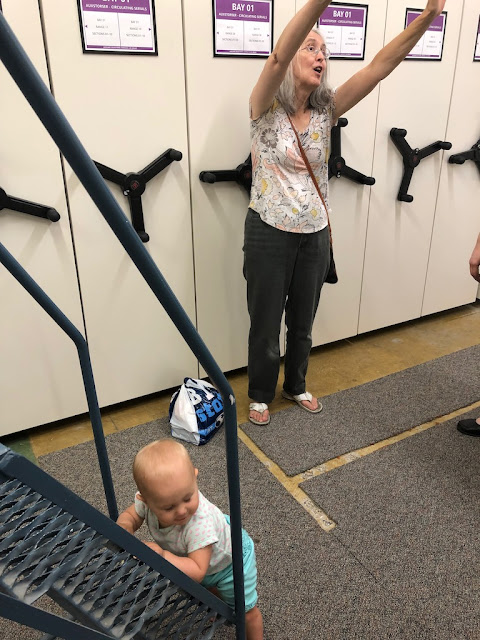 It was lovely to get caught up with Emily and to see the library, where I spent so many years working and studying. It's strange not to have it be just the same as it is in my mind, but it was exciting to see what new projects they've got going on!
I'm sure my mom will be glad when the construction is finally over! Her floor (the fourth floor) is all torn up right now!
Posted by Nancy at 1:31 AM