Thursday at the market

After yoga on Thursday, Jaehee, Jill, and I took the metro to the market at Dar es-Salaam. There are signs on the platform warning people not to cross the tracks. These signs are not very effective and people cross the tracks all the time. I don’t blame them because those stairs can be a real killer. Rachel got to sit on Mo’s lap on the metro. She was on cloud nine.

When we walked out of the station at Dar es-Salaam we were met with an unfamiliar site. The fruit market had been razed and it looked like they were putting up a foundation for a new building or something. It will be interesting to see what happens there, but it kind of ruined our plans for the day since we never did find where all the fruit vendors moved to.

We still had fun wandering around the market, except for Mo, who thought it was boring, and Rachel who threw several temper tantrums. I ended up buying a scarf and a dress—the scarf for me and the dress for Rachel who saw it, hugged it, and declared, “Can I have this Mommy, please, please, please? It’s pink and pink is my fay-sit [favourite] colour esa, esa, esa [ever, ever, ever].” 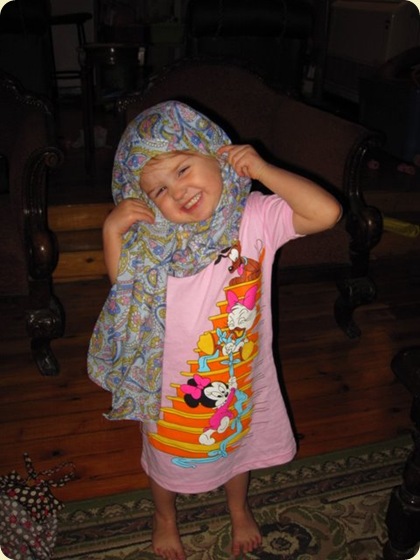 She wanted to model both the dress and the scarf the minute we got home. Once I put the dress on her I began to think it looked a little more nightgown-ish than dress-ish, but she’s so convinced that it’s a dress and that she’s “so, so byew-ful [beautiful]” in it that I think I’ll just let her continue to use it as a dress.

The rest of the market was in tact, but unusually empty. Half the stores were closed and we didn’t have to push our way through hoards of people to get anywhere. It was kind of weird. 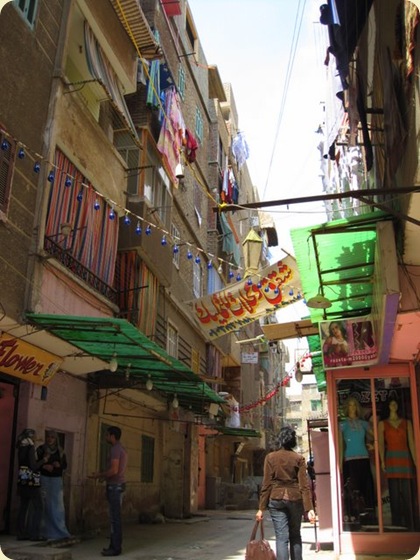 We stopped to get ice cream and some women stopped to admire all the kids we had with us—four in total. One woman bent over to talk to Rachel, pinching her cheeks and patting her head and touching her hair. Rachel wasn’t impressed.

“Imshi!” she commanded the lady, who, rather startled, straightened up and began laughing in loud, unrestrained guffaws.

Imshi is what we say to dogs and cats and, rarely, to really, really, really annoying beggar children who won’t go away. It’s not really something we say to ladies in the market. Luckily the lady wasn’t offended with Rachel’s indecorous behaviour. (It’s not that imshi is a terrible thing to say, necessarily, it’s just not the most polite thing to say. It’s like saying  scat.)

After we’d placated the kids with ice cream we continued our amble through the market. I passed up everything in the meat section, yes, even the fresh cow hooves… 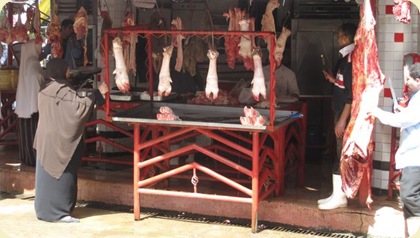 …and what I’m guessing is tripe. 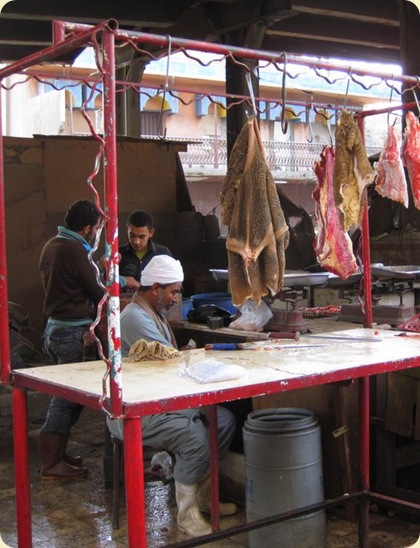 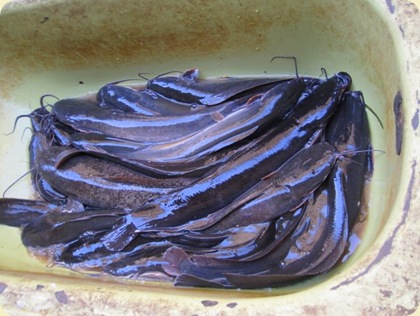 Things got a lot less disgusting once we were past all the meats. 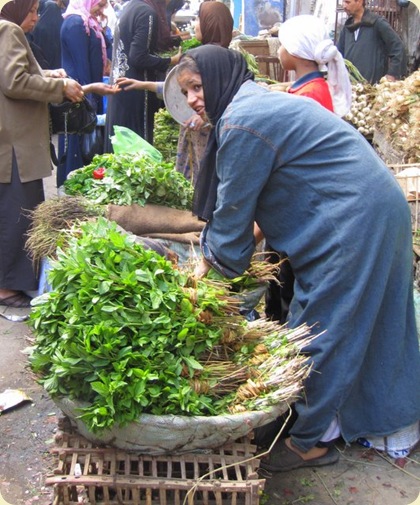 I bought a ton of vegetables—three kilos of potatoes, two kilos of tomatoes, two kilos of cucumbers and carrots, and a half kilo of green beans all for six pounds. I also got two onions, but the lady gave them to me for free since they were priced at one kilo per pound. What would I do with a whole kilo of onions, though? I ended up giving her a one pound coin, bring my total to seven pounds. 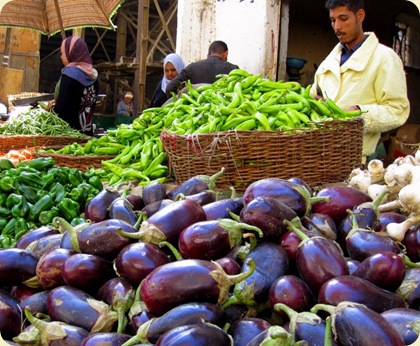 I’d go shopping at Dar es-Salaam all the time…except that carrying home forty-five lbs of children and fifteen lbs of vegetables is a little tough for me…since that’s more than half of my body weight.