When I grow up

Our next-door neighbours moved a while ago but not too far. We went to visit them yesterday and I have to admit that I would have moved here, too, if I was given the opportunity. The whole building is owned by AUC, there is a big backyard with grass, a cement pad with a basketball stand and a barbeque, and a swing set in a sandbox.

It was awesome. Rachel and Elijah rode bikes, collected leaves in a wagon, played in the sand, tried to get brave enough to go down the slide by themselves, and had a great time. They were a sweaty, dirty pair when we took them back inside for lunch! 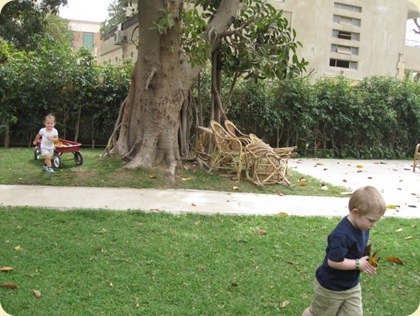 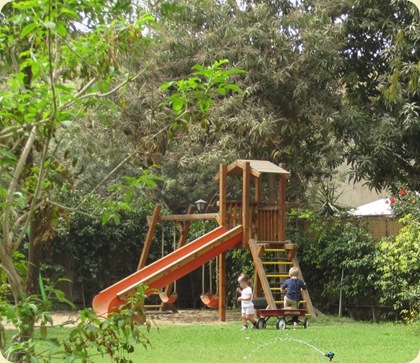 Miriam and Noah chilled on a blanket. Miriam sucked her thumb and played with Noah’s toes while Noah sucked on a toy and tried to refrain himself from poking Miriam’s eyes. 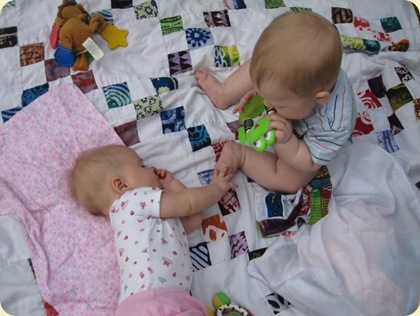 It was a great day.

A few days ago I asked Rachel what she wanted to be when she grew up. She told me she need more time to think about it, and then, about a half hour later, came up with her answer.

That went from sweet to far-out really fast.