Our friends invited us to go bowling with them and we jumped at the chance. We actually like going bowling…we just haven’t been for a few years. We hadn’t realized that there was a bowling alley here, but there is. It’s called Bounce Sports Entertainment.

Bowling is not exactly a popular sport in the Middle East.

Mohammed and Ahmed were evidence of that. Those poor blokes were bowling their best and ended up not doing too well at all…not that I was checking out their score board or anything, but…their final scores were in the 30s and 50s, which is so, so sad.

Mo, who is five, scored higher than them. 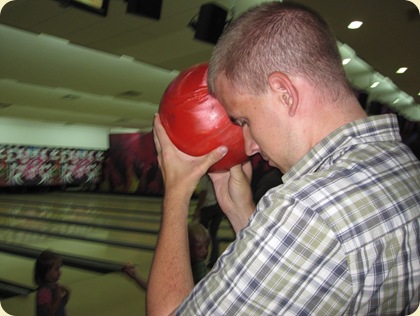 Andrew broke 100. I was so close to beating him—we were tied in the 9th frame—but he pulled up ahead of me in the end. The good news is that I got two strikes. Sure, the bumpers were up, but still! One of the strikes was legitimate… I think I would have scored higher if I could have used the right ball. Unfortunately, the holes of the 9 lbs. ball were too small for my demented clubbed thumbs, there were no 10 lbs. balls, and the 11 lbs. ball was a bit on the heavy side for my liking. It was a good game, though.

Rachel was so excited to go bowling right up until we handed her the ball. She flipped out for some reason and after the first few frames we couldn’t even get her to approach the lane and she started screaming whenever we told her it was her turn. We used her frames to goof off with, bowling with our eyes closed, bowling backwards, with our non-dominant hands, that kind of thing. 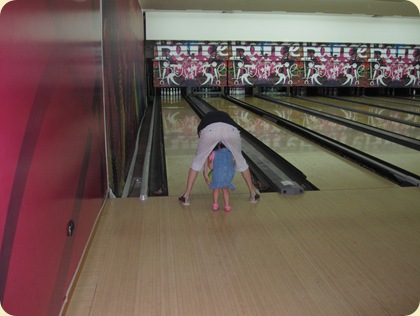 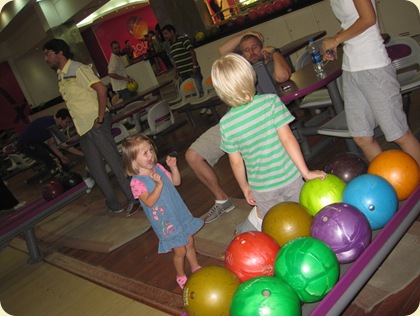 Rachel did have fun dancing around with Tuesday, Jaehee and Jill, though. I totally would have joined in but I have no cool dance moves. If they were piping waltz music I could have busted a move or two but they were playing, like, trendy pop music and I just don’t have any dance club skills. Sorry girls.

Miriam was so tired and fell asleep soon after we had finished playing. Our lane ended a couple of frames behind the other “team.” 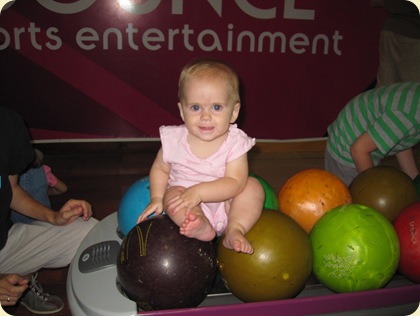 It was such a great night! We should have found the bowling alley sooner! 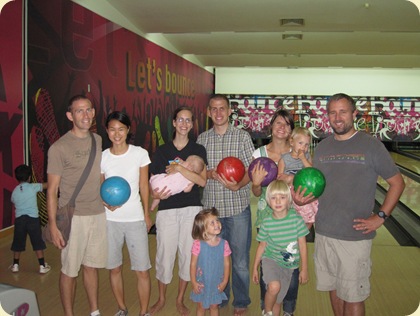