We’re busy packing over here. I don’t know how I’ll ever finish but since we move out of our apartment tomorrow I guess it will magically happen. It’s crunch time.

We had a brief interlude in the middle of the week this week during which I stopped packing in order to become acquainted with the porcelain throne in the bathroom. Miriam was sure to keep the packing going while I conversed with the toilet about some 24-hour stomach issues. 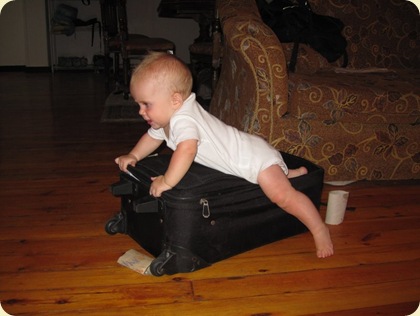 I’m so glad she was there to help keep me on schedule.

She’s also been keeping herself occupied nicely while we’ve been working on things. On Saturday Andrew and I were packing when things got a little too quiet. We went off in search of the children and found that Miriam had pulled herself into standing position against the couch. 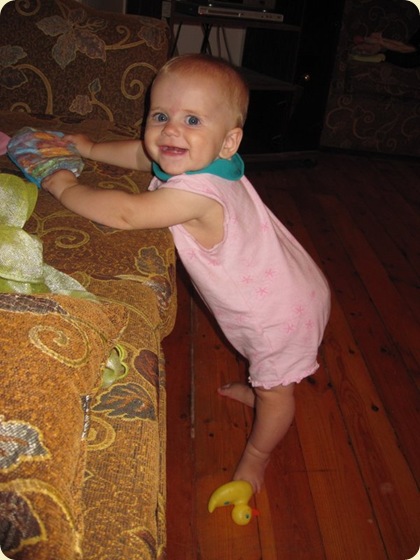 I haven’t seen her do it since so I am wondering if she didn’t have help from a certain older sister. One day this craziness will pass and I’ll be able to see if she really can do it herself—though when big sister is helping it usually involves a lot of noise from both parties. Until then, though, it’s crunch time!

So excuse me while I take a nap…most of our packing happens after bedtime for several reasons, not the least of which are Miriam and that certain older sister.