The girls have a new game where they pull toys off the bottom shelf until there is room for them to get on the shelf themselves. 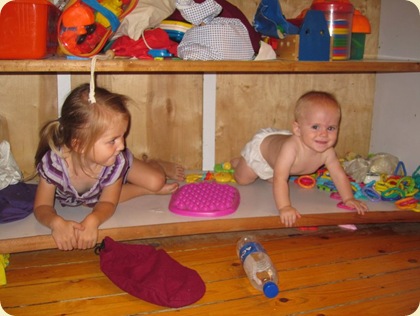 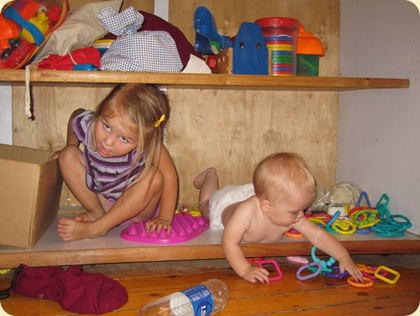 Guess who thought of this game. 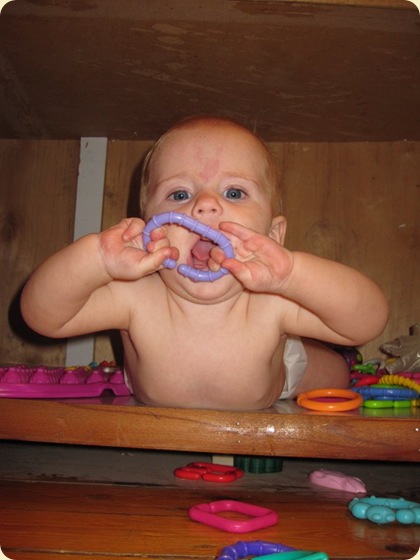 It was Miriam. Rachel caught on really fast, of course, but I’m still surprised that she didn’t ever think of it herself. 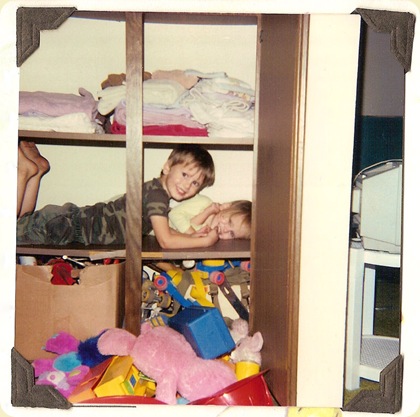 The caption on this photo says “David and Nancy dumped out toys and climbed in the cupboard. In El Cajon. 1987.” It doesn’t say who the ringleader was.