Ramadan began yesterday at sundown. As happenstance allowed it was the closing banquet for Josie’s Arabic StarTalk program at BYU. Though the food was not quite Middle-Eastern we still enjoyed ourselves and it was fun to go support Josie.

Rachel wore her outfit from Morocco. She looked very cute and everyone was jealous of it. She was only sad because we had to go home which meant that bedtime was eminent. Naanii is wearing her shirt from Egypt. 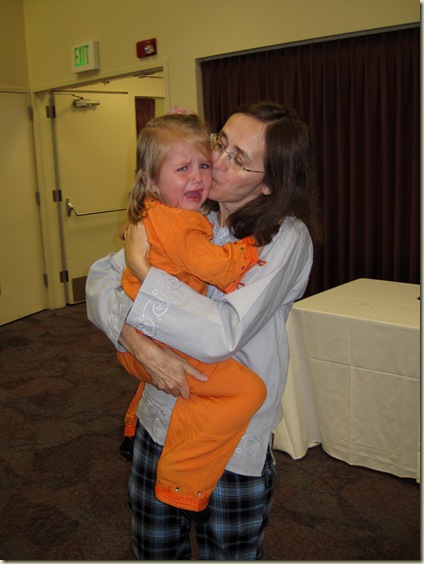 Miriam wore an Egyptian shirt, too, though it was far too large for her since Grandma bought if for Rachel when she was about 15 months old. Unlike Rachel, Miriam was anxious to get home. My mom sat in the backseat between them and on one side a child was howling about not wanting to go to bed, while on the other side a child kept dozing off. 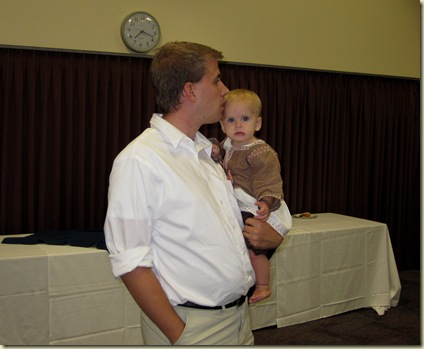 I wore an outfit I picked up in Jordan and Andrew just wore (boring) Western clothes. I tried to convince him to wear his gallabia, but he wouldn’t.

Kirk had us stand up so everyone could look at us—one of those “this could be you” moments for the students while he explained that we just got back from spending two years in Egypt.

All the kids went up to get their certificates and after one girl responded shukran when Kirk said mabrouk, he went on a tangent about God-wishes and how the correct response was Allah ya barak fik and made all the kids say that instead, though I have known real Arabic speakers to answer mabrouk with shukran. Still, I suppose it is a good phrase for the kids to know.

Josie was sad to say goodbye to all her friends. She stayed an extra night even though the camp is technically over because her roommate didn’t fly out until this morning and didn’t want to stay in the dorms alone. 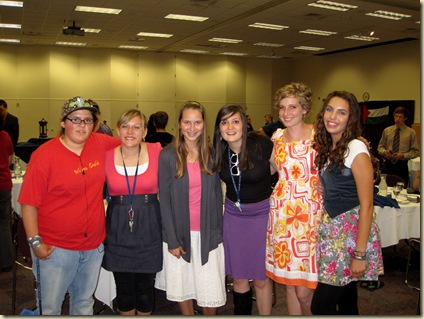 We were worried when we didn’t see any native Arabic speakers that we recognized because that meant we were getting too old, but then Laila walked in (*phew*) so we still had a connection. We also ran into our friend Ibrahim—we knew his family in Jordan, though not him personally because he was in Ghana while we were in Jordan, but we later met him when he came down for a YSA conference in Cairo that we helped out with. It’s always fun to see old friends! 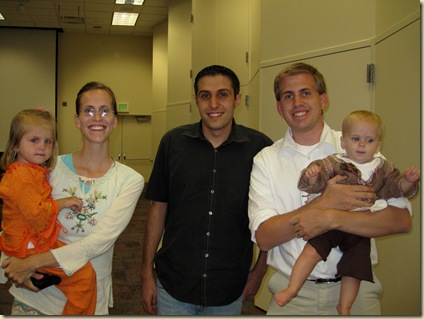 We enjoyed speaking a little bit of Arabic, a whole spread of food including pita bread and hummus, with baklava for dessert.

It was a great way to ring in the Ramadan Season.