Mere hours after arriving home, we loaded the girls back into the car (and to my great surprise, Miriam clapped her hands and say, "Yay! Ride!") to attend the annual HBLL picnic. This year it was pioneer themed and Rachel was so excited to dress up. Costumes weren't going to be judged until the end of the night, though, so Rachel shed about half her costume so that she could play games.
She ran a three-legged race with Daddy, and they won. 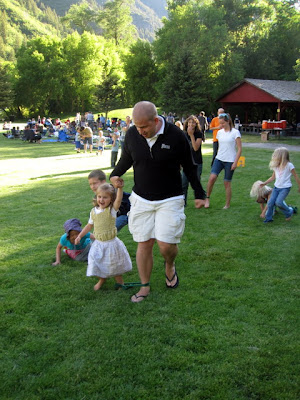 She played stick-and-hoop and won at that, too. 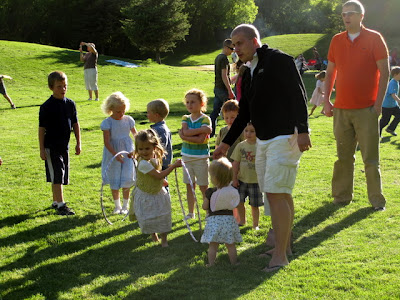 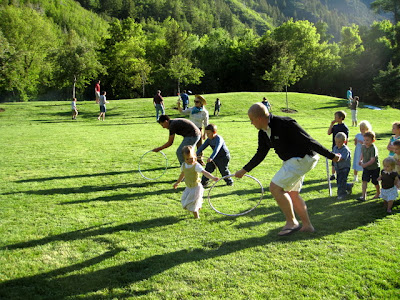 Of course, it's pretty easy to "win" when all the participants were offered candy after the game ended. But Rachel felt like a winner. Miriam did, too. My mom was in charge of the three-legged race and we tried to get Miriam to do it but she wouldn't, so my mom walked around with the bag of candy and made Miraim chase her. 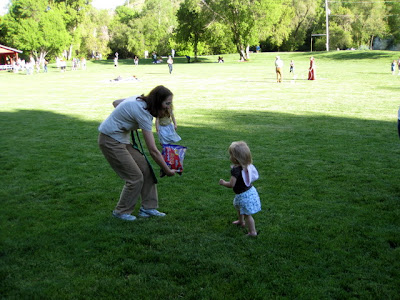 And then Miriam won! 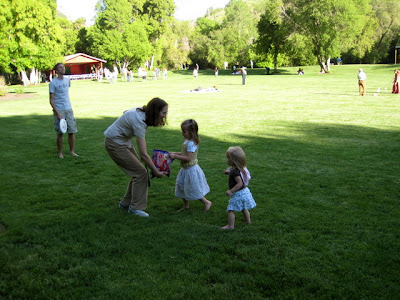 And Rachel did, too.
Before the costume contest, they had a marshmallow roast. Rachel got to roast her very own marshmallow. They had chocolate-covered graham crackers so that you could, potentially, make s'mores but chocolate-covered graham crackers was, no offense, a rather bad idea. It made s'mores about 10 times messier than they ordinarily are. I watched other children trying to make/eat s'mores and then told Rachel that eating a plain roasted marshmallow was the best thing of all. Luckily she believed me otherwise we'd both probably be covered in chocolate today. 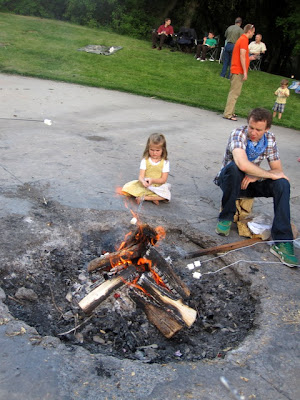 We entered the costume contest as a family; and we didn't win. Rachel didn't want us up there with her, anyway, because I think deep down inside she knew her costume was awesome while Miriam's and my costumes were only so-so. 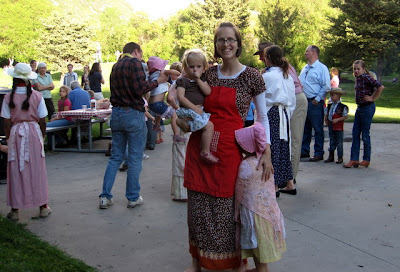 So instead of telling us that we shouldn't embarrass ourselves, Rachel just sulked the whole time we were up there. 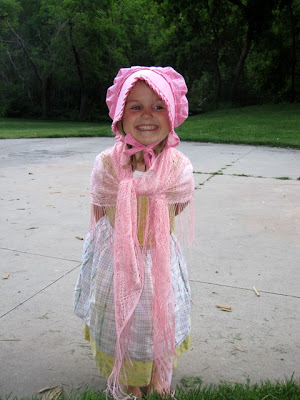 She was happier than ever when she competed in the individual category. She got the loudest applause from the audience when she walked around the "stage," which meant that she won! 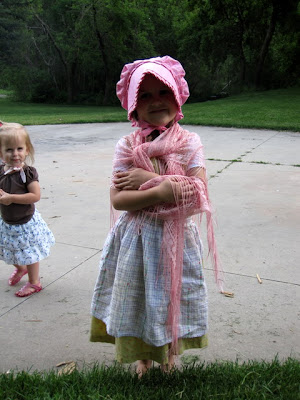 The prize was fifteen dollars! When we showed her the prize she handed it right back and asked for candy. Apparently to her three-year-old mind, fifteen dollars is basically worthless, but candy? That's a real prize. 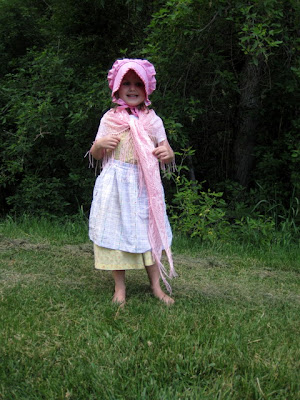 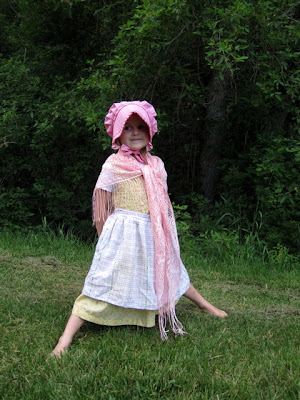 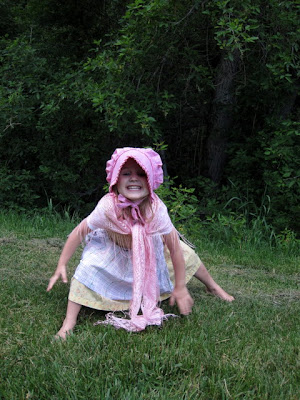 We took a few pictures of her modeling her pioneer clothes. I have no idea what she's doing in that last picture...guesses?
Posted by Nancy at 3:44 PM