If I counted correctly there are thirteen male cousins on my mom's side of the family. They're all between the ages of 35 and 22. And exactly two of them are married. Jimmy is one of the 22-year-olds.

Anyway, we went to his wedding reception, of course and I got the girls and myself ready to go. Rachel chose a pink dress and somehow Miriam and I both ended up in purple. Rachel had me do her hair with a fake flower in it and so then Miriam wanted something extra special in her hair, too, so we sifted through our ribbons until we found a pretty purple one that matched her dress.

It wasn't a plain purple ribbon; it had an intricate silver pattern on it. Miriam thought it was dazzling and went around the house pointing out her "wibbion" to everyone in the house who would look at her.

We picked up my mom and Josie and headed down to Provo for the reception.

"Oh!" my mom exclaimed when she got in the van, "You're wearing their colours. They used a nice purple and a kind of a sage green." 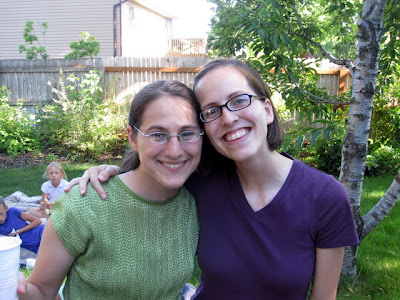 (This picture is of Elizabeth, who was wearing their green (because she's Jimmy's sister), and me (wearing the shirt I wore to the reception); but this is on Sunday, not Saturday).

It was too late to change now. We went to the reception, anyway.

The reception was decorated beautifully. They had candle holders staked to the ground and the stakes were tied with purple ribbon. But not any ordinary ribbon. This ribbon had an intricate silver pattern on it.

I looked down at Miriam, who was looking extremely interested in the candles that were about at her eye level. I picked her up to stop her from touching them, which allowed me to see the ribbon in her hair more clearly.

It was exactly the same ribbon.

I had dressed my daughter in wedding decor.

After going through the line and explaining that it was completely incidental, we decided we'd better strip Miriam of her ribbon. We were getting far too many questions as it was.

"Oh, you're wearing purple. You must be a relative. Whose sister are you?"

"Well, the purple wasn't planned; I didn't know their colours. And I am a relative, but not a sister. I'm Jimmy's cousin."

Yeah. It was a fun evening.

We had a family get-together the following night as well, to eat up all the extra food from the wedding (and a funeral my Auntie Judy had to plan for the day before the wedding).

We ate in the backyard; Rachel had a blast playing with her (second) cousins. Half the time I didn't even know where she was except that I knew that all the girls old enough to talk in complete sentences (ie. not Miriam) were together. Miriam tried to keep up, but usually she'd just run after them until they'd all disappear around a corner and then she'd act completely confused and come back to me. 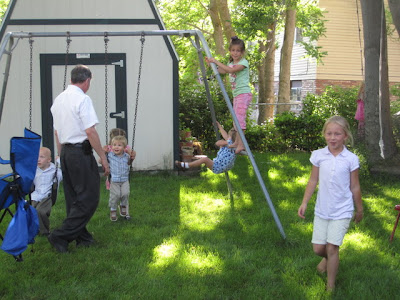 The food tables were set up by the rose bushes because if they were anywhere else then random tree droppings would fall on the food. Auntie Judy went to great lengths to remind everyone to avoid the rose bushes. 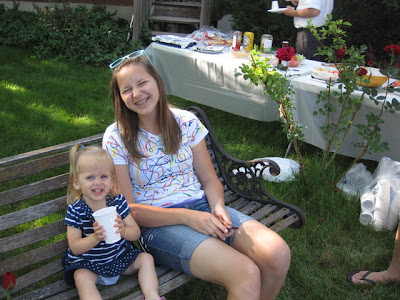 Unfortunately, Auntie Judy also has a cat. Rachel is still rather afraid of animals like cats and dogs and other things that would run feral around Cairene streets. And who can blame her?
Well, the cat went over to the picnic blankets to investigate what the cousins were eating and Rachel went a little ballistic. She jumped up and ran to me. 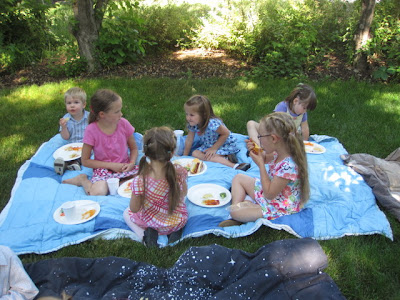 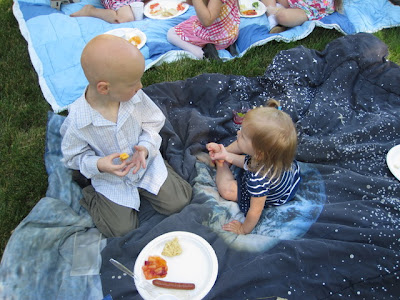 Unfortunately, I was standing on the other side of the rose bush. Rachel ran straight through the rose bush just to get to me. Luckily she didn't get scratched up too badly and it ended up being more funny than anything. 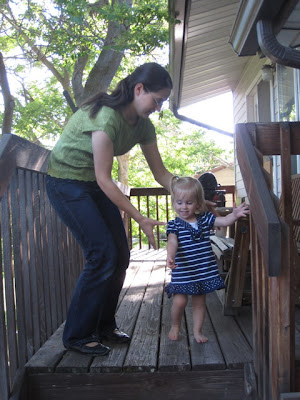 It was a wonderful evening; I haven't seen my cousins since last August (where we talked about getting together more often; haha). I think I have a new mid-year resolution: get together more often.
If only life would slow down... *sigh*
This year's our year, though. I'm determined to at least plan something... 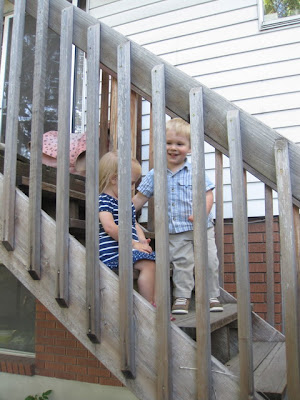