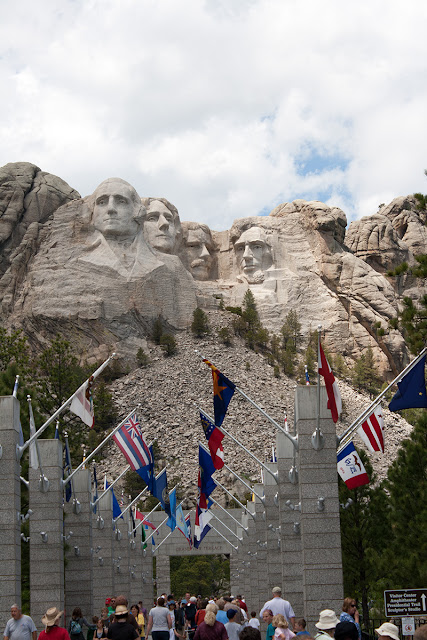 Everyone is always saying how Mount Rushmore was smaller than they expected. Seriously, everyone we met along our way told us to expect it to be smaller than we thought. So when we got there, Andrew exclaimed, "Well, that's bigger than I was expecting after having everyone tell me how small it was. I was expecting it to be tiny." 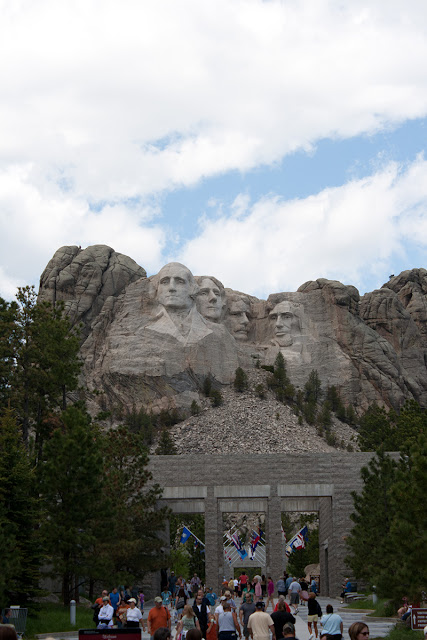 They're not tiny—the faces are about 60 feet tall! That's pretty big, if you think about it. The girls were excited to see the "faces on the mountain." It was a perfect day, too. It was cloudy, so it was relatively cool, but it wasn't stormy. 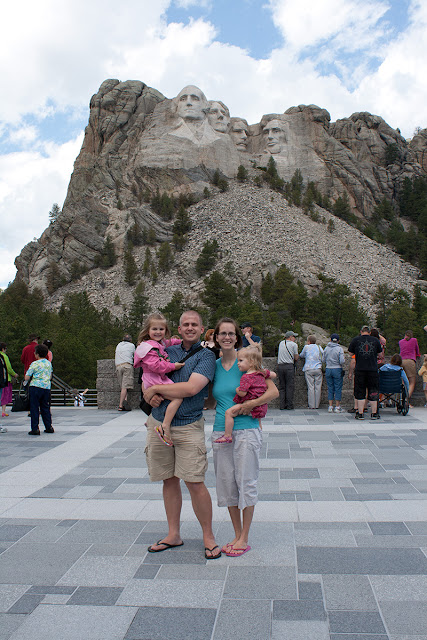 The night before when we were driving to Rapid City, when we were right around Wall (which has a drug store, a fact they remind you of with a huge billboard every twenty miles or so) it got really stormy. Rachel asked why it was nighttime already and we told her that it wasn't, but the clouds were so dark and thick that it may as well have been. And then the rain started. The van was getting pounded so hard that we turned off the movie Rachel was watching because she couldn't hear it anymore; we were basically yelling at each other to communicate.
The truck in front of us pulled off to wait the storm out on the side of the road; I suggested that Andrew do the same but he said he was fine and he'd just drive slowly.
Lightning was illuminating the sky and thunder was cracking all around us.
I started praying and didn't stop until the rain let up. And then I started saying prayers of gratitude instead of pleading for safety. Soon after we made it through the storm we saw emergency vehicles ahead of us on the road. We drove by and all these policemen were standing, looking over the ditch—some with their hands on their hips, some scratching their head. They were completely bewildered.
We all craned our necks to see what was in the ditch. It was a mangled up moving van; apparently one of the handful of tornadoes in the area had touched down ahead of us on the road—we just didn't see it because our visibility was too low due to hail, rain, and black storm clouds.
I redoubled my prayers of gratitude after seeing that!
Monday's weather, though, was beautiful! 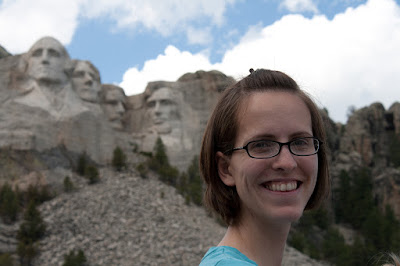 When I went before we were with a bunch of moody teenagers/young adults so we just stood and looked out at the monument. This time, though, we walked the whole trail. It was longer than we expected and, though it had a lot of ramps at the beginning (which Miriam insisted were slides, and used them as such, whether they were going up or down) the second half had a lot of stairs. I think the first half is the accessibility half and you're supposed to turn around and go back the way you came if you were like us and brought a stroller. 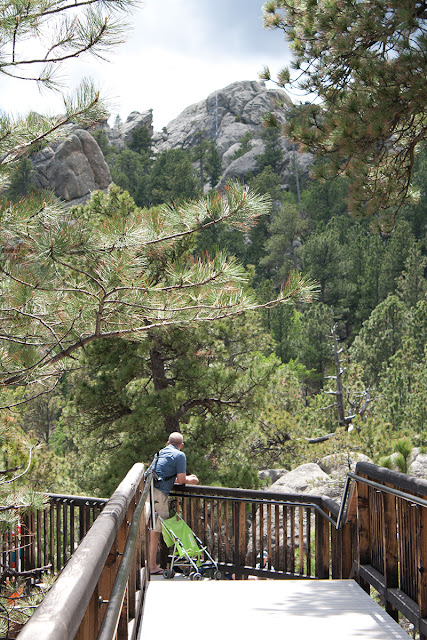 Instead we lugged the stroller and up and down all the stairs. 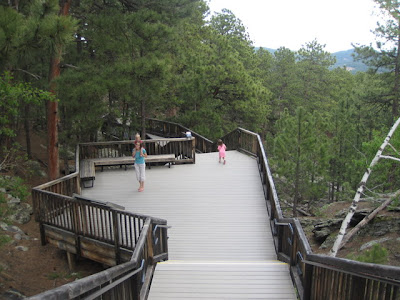 It was neat, though, to get to see the monument from all sorts of angles. I kind of feel bad for Roosevelt because so often you can't see him at all. He's just tucked away in his own little corner. I suppose he's just trying to do what he can, with what he has, where he is...even though you can't see him a lot of the time. 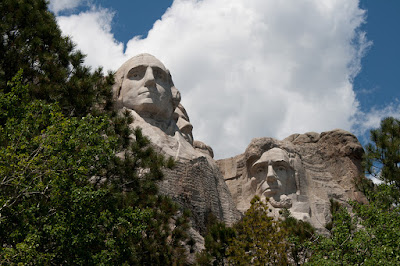 It took us much longer to do the trail than it took Morgan and Emily. Much longer.
By the time we were finished, our girls were worn out and rather hungry. We tried to get some cute pictures of them sitting on a little wall in front of Mount Rushmore, but we ended up with mostly silly pictures—it was like a photo booth shoot. Fortunately our girls are cute whether or not they're being silly! 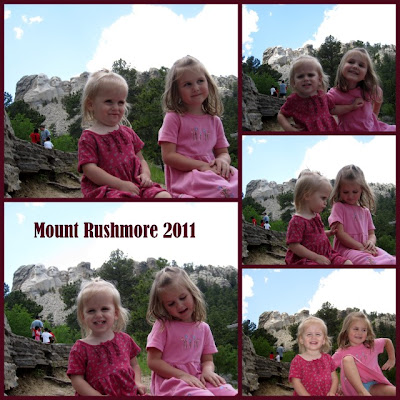