Last month I was extended a call to work in the primary of our new ward here. I almost burst out laughing the minute I heard what it was. I had been so nervous about it because when I got the phone call the counselor of the bishopric asked to meet with both Andrew and me, which could only mean that it was a presidency calling. Andrew and I spent the whole week hypothesizing about what it could be. Finally, I got to meet with the counselor and find out what it was.

"We'd like to ask you to be the primary secretary," he said. "Is that a calling you feel you can fulfill?"

"Yes," I said, trying my hardest to remain my composure and not snicker out loud. "Yes, I do."

That settled it. I shook hands with the counselor and he called Andrew in (to ask if Andrew would be willing to support me in my calling).

"So, what is it?" Andrew asked when he came in.

"Don't laugh," I warned him before spilling the beans. "Primary secretary."

"That's...that's great," he said, pulling the corners of his mouth down into the most serious-looking ridiculous grin he could muster.

You might be wondering why this is so funny. Let me spell it out for you:


Andrew and I have been married for seven years and we've each had a number of callings in those seven years. Mine, however, have been a little more homogenous than Andrew's have.

In Stonewood I was the ward newsletter and ward bulletin person for the four months we lived in the Orchard Creek condo. I kept that calling while we lived in Amman, Jordan (another four months). Upon returning to our Stonewood ward, I was put into the Stake Primary Presidency as secretary, where I served until we moved to Egypt (so, about two years). Upon arriving in Egypt, I was called as the primary secretary of the Cario, Egypt Branch (a calling I kept for about two years). We returned to Utah once again, this time in the Northridge 2nd ward, where we both were put into primary where we served as Sunbeam teachers (6 months) and then Valiant 10 teachers (1 year) and then Sunbeam teachers again (for another 6 months).

Being a primary teacher was fine for me but I have an inkling of a feeling that I was supposed to be the primary secretary while we were in Orem as well. Why? Only because they went through a good handful of secretaries in the two years we were there. Why couldn't they find one to stick around? Because it was supposed to be me, that's why.

That's my theory, anyway, because here I am, Primary Secretary once again.

And it's great. I'm not even in charge of birthdays this time because one of the counselors wants to do it (all the more power to her because (me) + (remembering special occasions) = (disaster)). 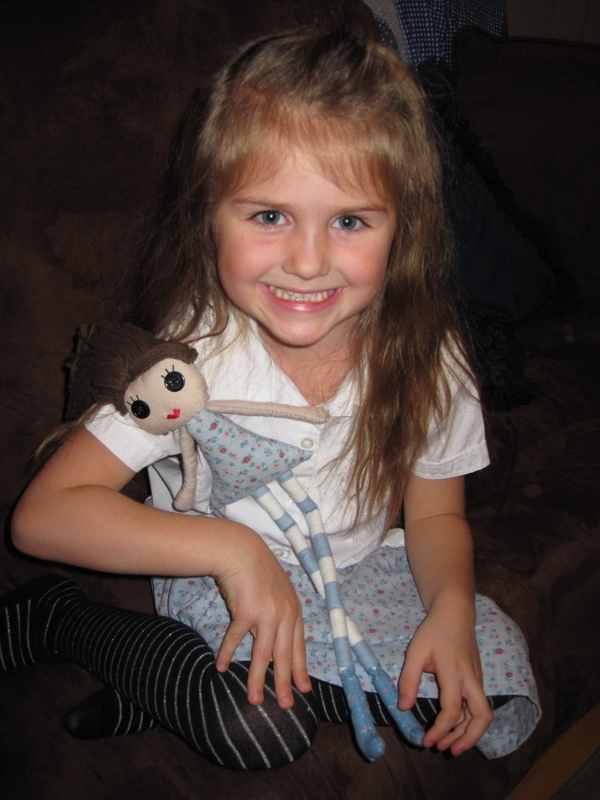 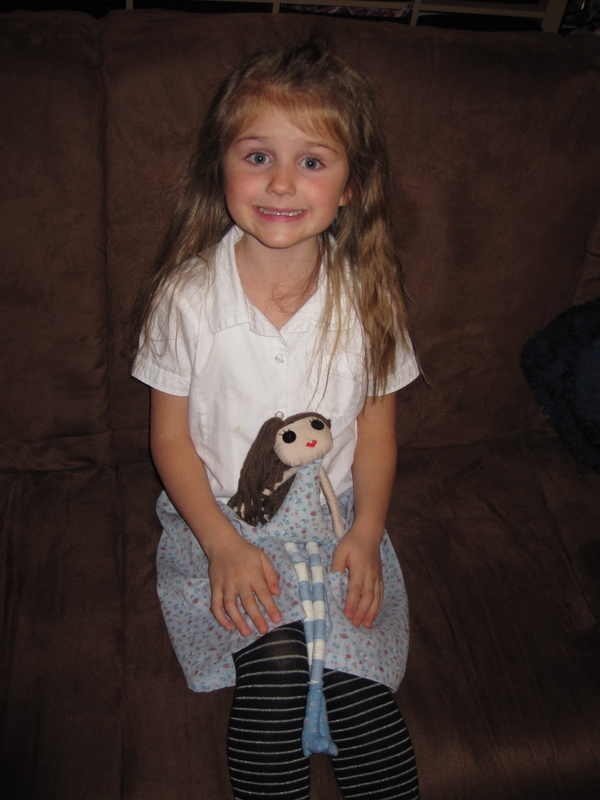 Benjamin (who is doing much better today) was so sick last week that we thought about skipping church. However, it being only the second week in January I felt too needed. The beginning of the year craziness was too crazy. But Benjamin was so sick!

We decided that I could stay home with Benjamin during sacrament meeting and then Andrew could drive home to be with him for the last two hours. But then he wouldn't even be able to stay for all of sacrament meeting because the time I really needed to be at church was the end of the first hour/beginning of the second hour.

So I decided that Benjamin and I would go to sacrament meeting with the family and then I'd do my primary stuff and then Andrew would drive us home, drive back to church and finish out the block of meetings, pick the girls up from their classes, and come home.

It was a solid plan. Until Andrew shut the front door.

"You don't happen to have a housekey, do you?" he asked me.

"Nope," I said. "I left my purse on my desk and grabbed...all this other stuff."

Our neighbours have a housekey. But they weren't home because they also go to church on Sunday. We're not entirely sure of their meeting schedule but we knew that we shouldn't bother them with a call (or dropping in on their meetings) because the husband is the pastor and so he and his wife are always very busy on Sundays.

That's how Benjamin and I ended up going to church for the full three hour block last Sunday. He did fine, though I think we got a few crusty looks from people about all the coughing he was doing (fortunately, babies don't go around shaking hands and touching doorknobs so I think his germs were a little less likely to spread...maybe).

One of our friends invited us to come to their house if we weren't able to get a key to our house (assuring me that they had "immune systems of steel") but fortunately our neighbours were home when we got home from church and they hadn't left yet for their second meeting of the day so we were able to get our key and get in our house.

Completely unrelated to that, I got to help clean the temple on January 7th. I was excited to get to do it because we haven't actually worked out a system for going to the temple regularly yet. It's about an hour away. Sessions are about 2.5 hours long. Coming home takes another hour. That's five hours I'd have to be away from my baby—my baby who still nurses on demand (and demands quite frequently).

Andrew hadn't started school yet, though, so he could watch the kids while I cleaned and Benjamin would be "right there" the whole time (I think I have more separation anxiety than he does, truthfully).

So in the morning, bright and early (and as soon as our sweet babysitter arrived to watch Rachel until her school bus came), Andrew, Miriam, Benjamin, and I struck out for the temple. 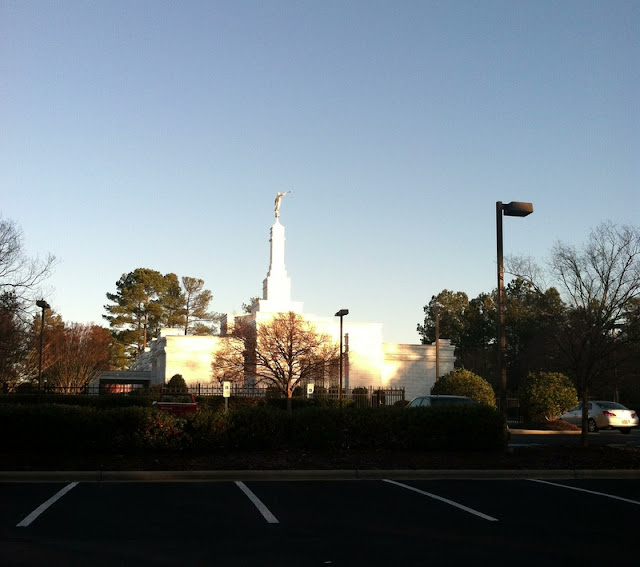 They dropped me off, and I cleaned the temple with only the temple president and the stake president and the man-in-charge-of-cleaning to help. It's a mini-temple (obviously) so even with just the four of us it didn't take long. And it was wonderful and peaceful to be inside, though a little strange to be cleaning something already so clean.

Meanwhile, Andrew had a breakfast date with the munchkins: 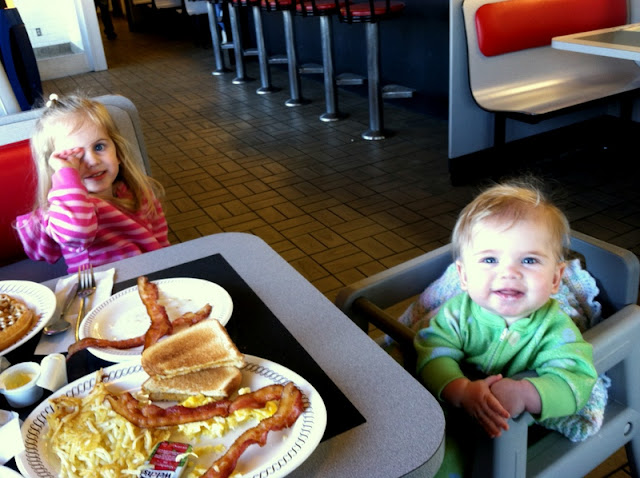 Armed with only a spoon and a bowlful of rice cereal (and a diaper, which he didn't use because changing Benjamin's diaper is the last thing Andrew ever to cross Andrew's mind (bless his heart (and bless Benjamin's soggy bottom)) Andrew managed to keep the Benja-boy happy for the whole time we were apart.

Then Andrew and Miriam went on a walk around the temple while I fed Benjamin: 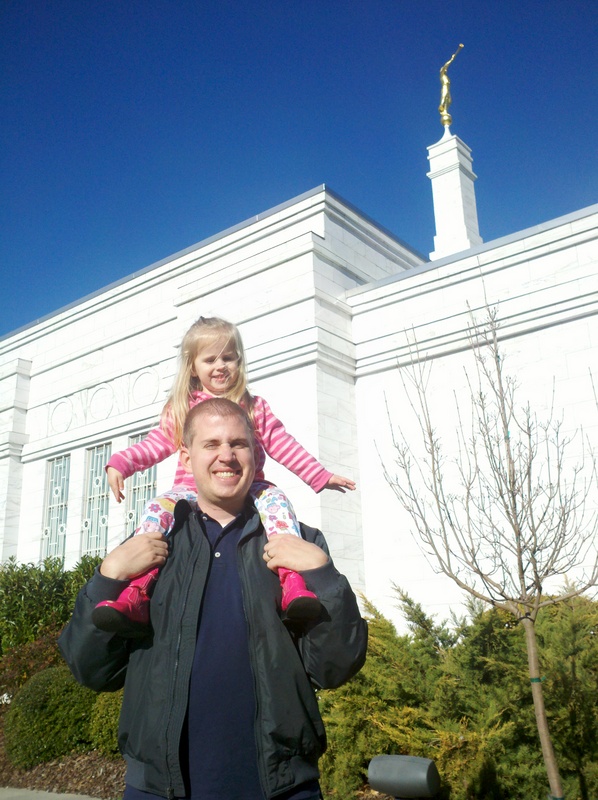 And then all four of us went for a walk around the temple before going home. 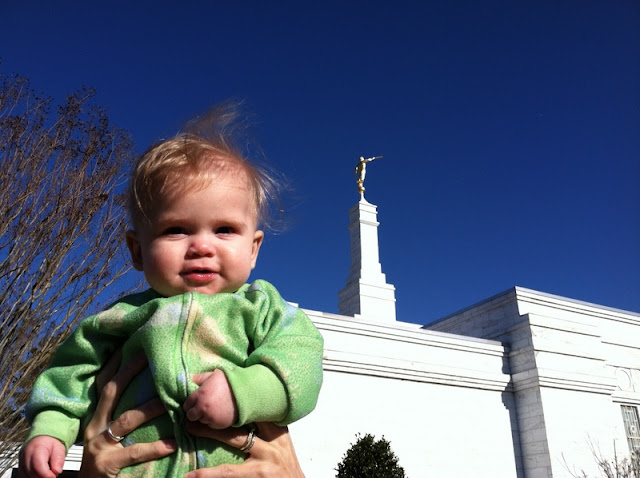 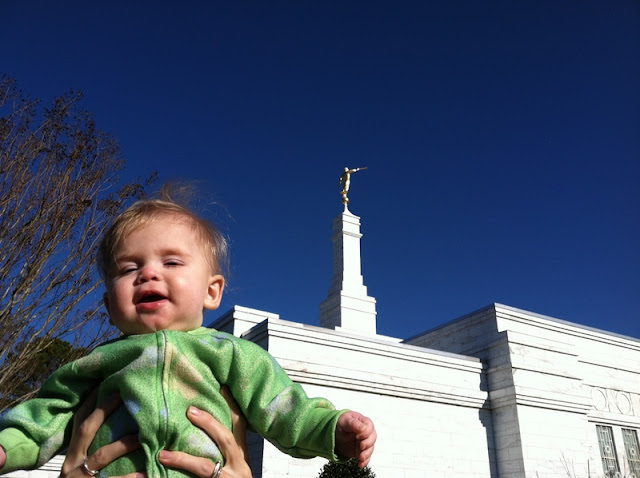 It was a happy day for everyone.
Posted by Nancy at 9:45 PM