Miriam got to celebrate her birthday at school on Thursday, which meant she got to bring in a few of her favourite things to show to the class and they "spotlighted" her. She had no trouble finding things to bring in but she did have a little trouble understanding exactly what spotlighting was—she took it quite literally.

They're going to put a spotlight on me!" she said excitedly.

"No, no," I said. "They're going to spotlight you, which means they'll talk about you and share reasons why you're important."

"Yeah. With a spotlight!"

"Not an actual spotlight. There's not going to be a spotlight shining on you."

"No, really. I just want you to know there's not an actual spotlight. It's figurative. They're just going to talk about you. They're not going to shine anything on you."

When we were walking out to the car I asked her if she enjoyed her special day and she kind of shrugged her shoulders dejectedly and sighed, "They didn't even bring out the spotlight, Mom."

I think she understands now but it was a steep and disappointing learning curve.

The first thing Miriam pulled out of her bag was a little container of LEGO minifigures: 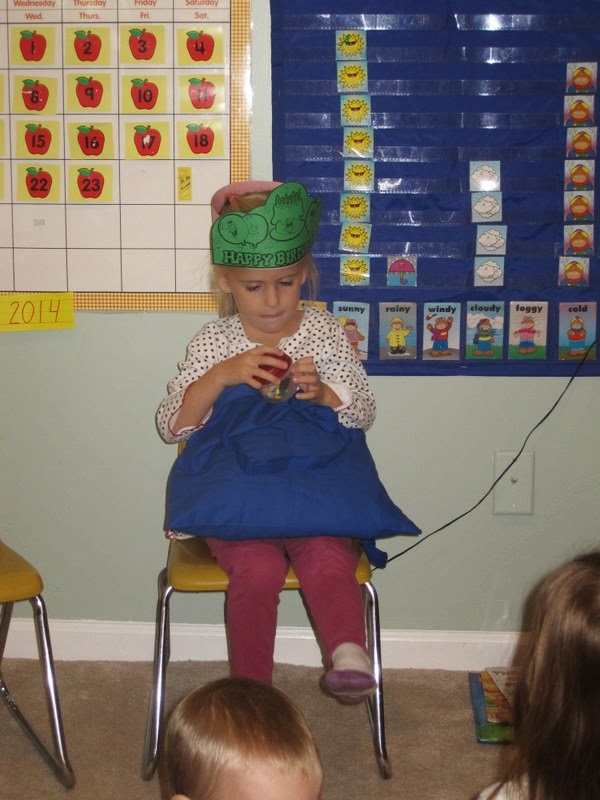 "These are my LEGO people," she said sweetly. "Sometimes when Rachel's at school and I'm lonely I will cuddle this LEGO person," she said, holding up a LEGO person with long brown hair.

The mothers in the room (the teacher, and a mother-helper) let out an "Awwww!"

Next she pulled out her favourite blanket.

"You can feel it," she said, tossing it out into the crowd of preschoolers.

"Yeah, that's why I call it Silky Blankey," Miriam said, shrugging her shoulders.

"How old is it?" the moms in the room wanted to know.

"I've had it since before I was born," Miriam said.

"A friend of mine made it when Rachel was born," I explained, "But Miriam adopted it."

"So it's seven years old?!" Miriam's teacher asked. "How do you keep it looking so nice?! I was going to guess it was, like, a year old. Our favourite blankets don't go out in public because they look so gross!"

I think it's Miriam's particular personality more than anything, really. She's pretty good at keeping textiles tidy. Or perhaps it's the superior construction of the blanket (Crystal—it's the one you made).

It's certainly not my skills as a laundress, I can tell you that.

Next Miriam pulled out some Book of Mormon Storybooks that Grandma sent to us a while back.

"These are some of my favourite books," Miriam said. "I like to read them before bed every night so that I can feel the spirit."

This elicited another "Awwwww!" from the moms in the room.

Miriam also brought in some Magic Tree House books and Kit (her American Girl Doll). The class gave her a card, a crown, and a chocolate bar, and sang 'Happy Birthday' to her. She certainly enjoyed being in the spotlight, even if it wasn't as literal as she'd originally been hoping. 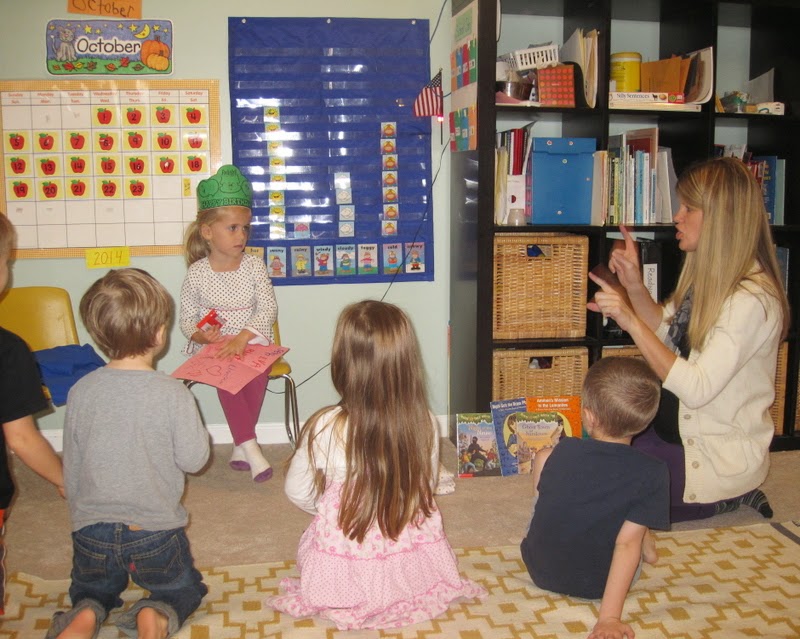