This morning I was doing some yard work while the babies played outside (Benjamin's doing one day of preschool per month (a "bonus" (kind of extracurricular) day at the preschool) while I watch little E.O., who is about Zoë's age). As I was pulling weeds I disturbed a little cocoon and was quite surprised to see it whip its tail-end around until it was comfortable again.

I had no idea cocoons could move (aside from when the fully formed moth is trying to emerge). But apparently it's a thing. I guess, technically, the cocoon is the casing for the pupa, which I suppose can wiggle if it wants to. 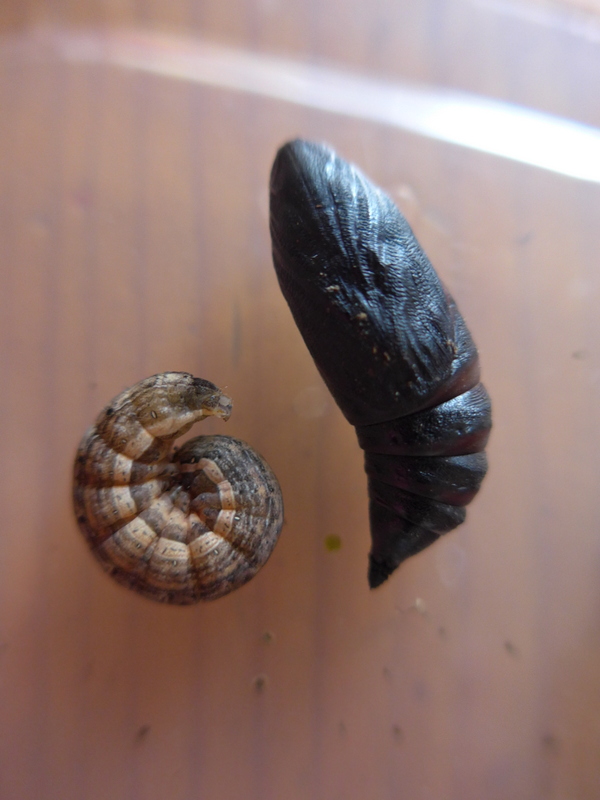 I scooped up the cocoon as well as a couple little cutworms (which are probably really bad for my garden, but there they are anyway) and we'll see how many moths we're able to raise from them.

After we picked Benjamin up from school we came home to look at our new cocoon, and it wiggled for him again, which he had a hard time believing ("What? What? What?") because we've been told time and again that caterpillars dissolve into DNA goo, which magically reforms into a butterfly (and there doesn't seem to be much room for wiggles there). But this isn't entirely accurate. Some body systems stay intact: the tracheal tubes and the digestive system, for example. So the caterpillar/moth/butterfly is always alive and whole(ish), even if, at times, its insides are a little soupy.

He wanted to see if his "little buddy" caterpillar would do the same thing, so we carefully extracted it from the little leaf "envelope" it had made for itself... 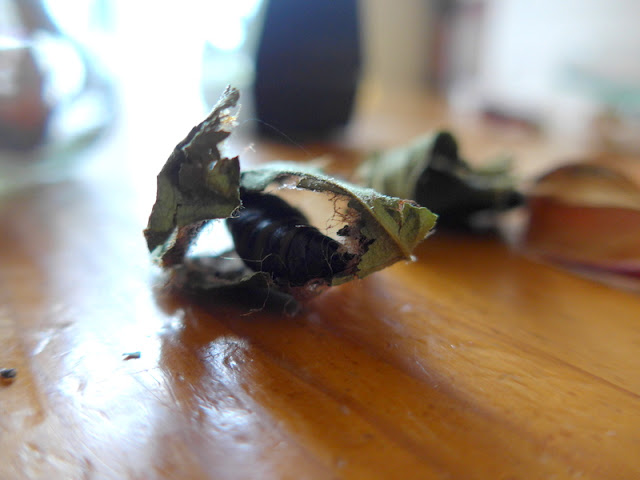 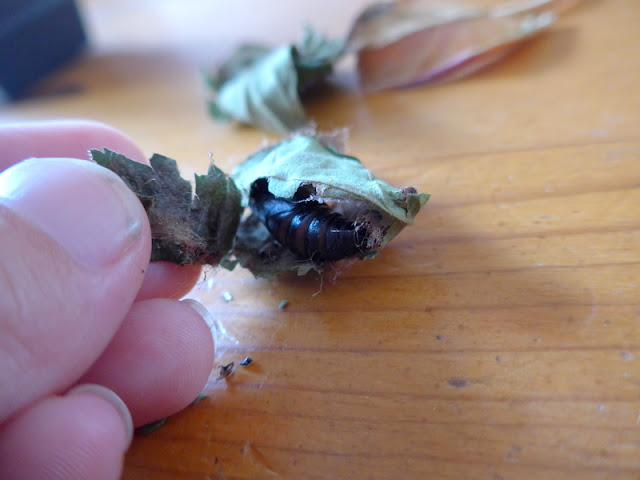 And, yup. This one wiggled, too. 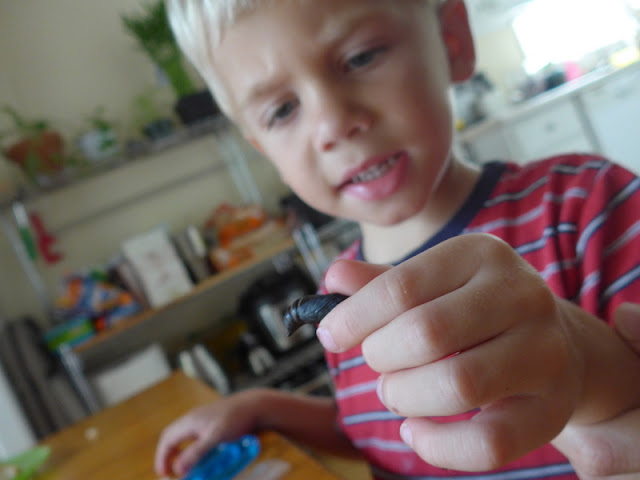 It's been in a cocoon for nearly two weeks, so perhaps we'll see some wings soon...
Posted by Nancy at 4:28 PM