Saturday is a special day, it's the day we...

We had a great day on Saturday. While Andrew worked and Zoë and I slept in (until 11:30 (because someone was wide awake until 4:00 AM)) the kids played LEGO together quietly and nicely. Then Andrew took Rachel, Benjamin, and Zoë grocery shopping while I worked and Miriam read. When they got home the big people played Settlers of Catan while the little people strung beads and played with dice. Then I took all the kids on a walk to the park while Daddy stayed home to work.

The mail truck finally came while we were out, so Andrew started on fixing that car window, and when we got home the girls helped change the brake lights while Zoë and Benjamin played with bubbles and chalk. 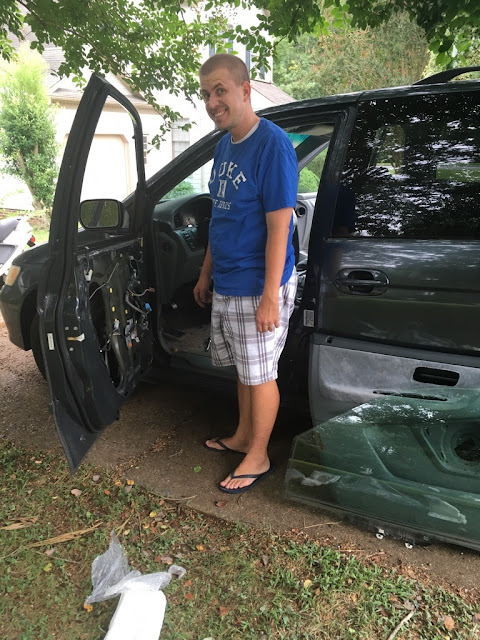 I was going to do it myself but the video tutorial that I pulled up was of a little kid changing the bulbs, so I figured if he could do it, my girls could do it. And they did great! 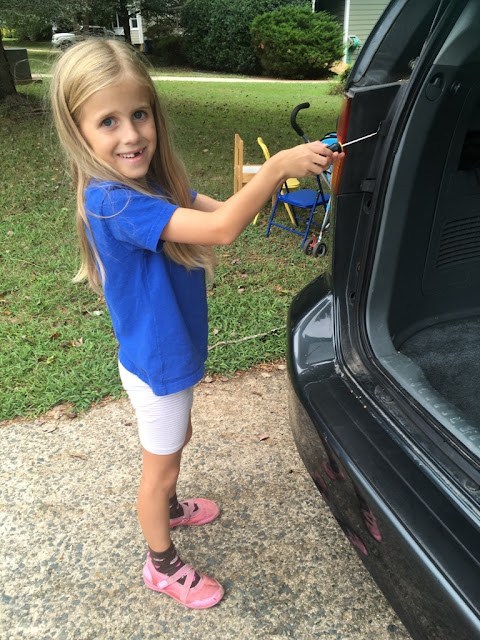 While we were all working on the van, the neighbours came to ask if the kids could play in their backyard, so they disappeared. Andrew and I finished reassembling the van and then went inside to start dinner. Zoë wanted to nurse and ended up going down for a nap, which made for a very quiet house.

Andrew got a crepe maker (for his birthday) and had a lot of fun perfecting his technique while I chopped up fruit and made chicken salad for the fillings. It was quite a lot of fun to get to work in the kitchen together without any little people underfoot—almost like a date!

It was drizzling while the kids were playing outside (tail-end of storm Hermine) so they were wet and quite muddy by the time we called them home, which meant everyone needed a quick hose-down before dinner, so they all hopped into the shower.

Everyone thought dinner was fabulous and can't wait to have crepes again! 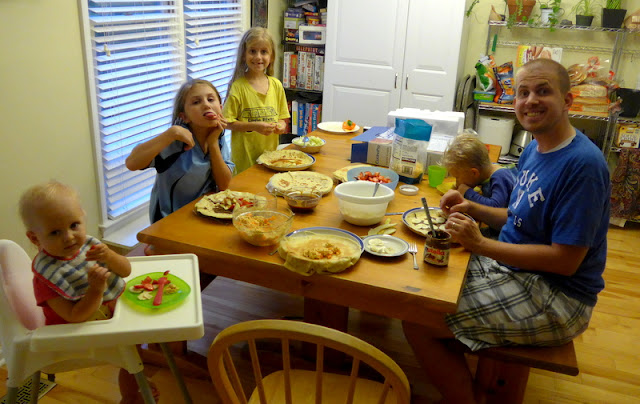