Alexander woke up this morning and the back of his head was, as usual, an absolute mess. I tamed it with some water and a comb, but then I thought to myself, it's time. So I took the scissors and started cutting off his sweet baby locks—but only on the back and sides, I left the top of his head untouched because it's just so fluffy!

The hardest part for me was definitely taking that first irreversible snip.

The hardest part for him—besides sitting still—was when I brought out the vacuum to clean up the carnage. Mostly he happily coloured, occasionally twitching his head to one side or the other when he thought I was tugging on his hair too much.

And now he looks like a little boy (but that's all a ruse because he's still my baby). 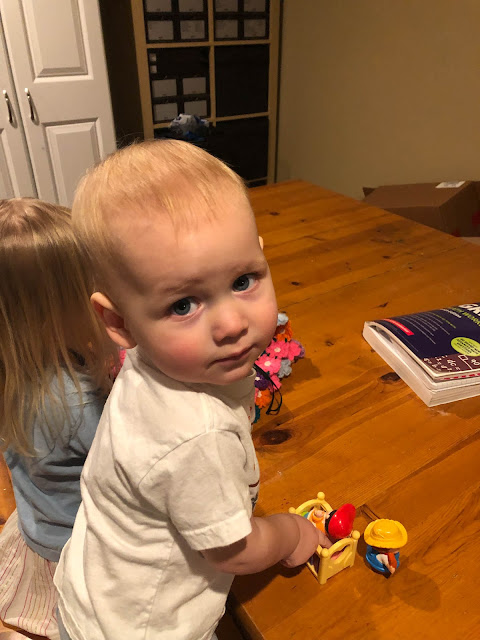 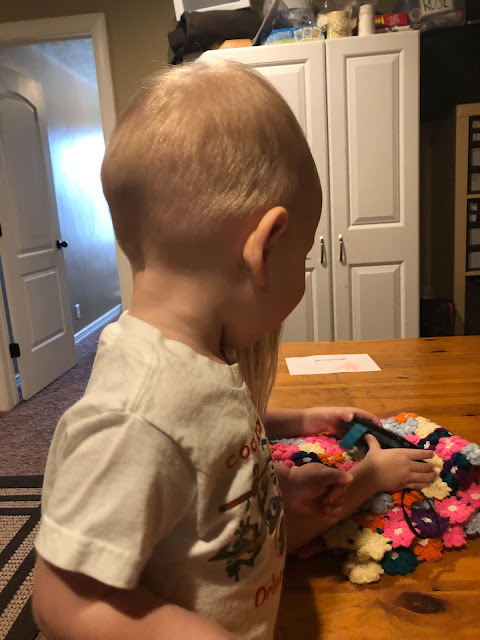 I was going back through my pictures to see if I could find a good picture of bed head (I know I took one...recently...?) but I had to stop because it was making me regret having cut his hair at all because his hair will never be the same.

But also his hair was getting rather ridiculous.
Posted by Nancy at 3:00 PM