After dinner we gathered around the table to celebrate Benjamin's birthday again (for real this time). Here are the kids smiling by the cupcakes (except for Zoë who is not smiling and who had a day): 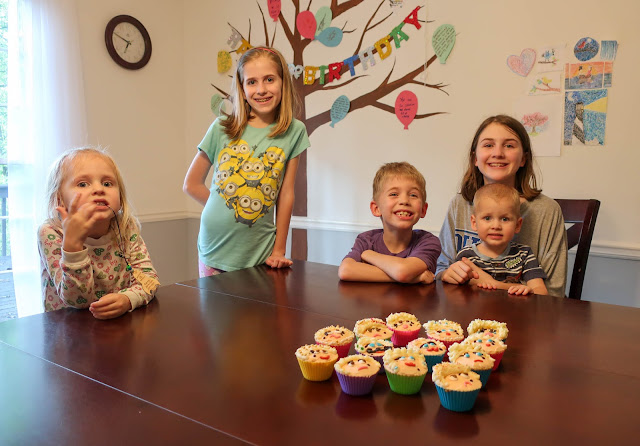 Here are the cupcakes all lit up with flaming Pinocchio noses: 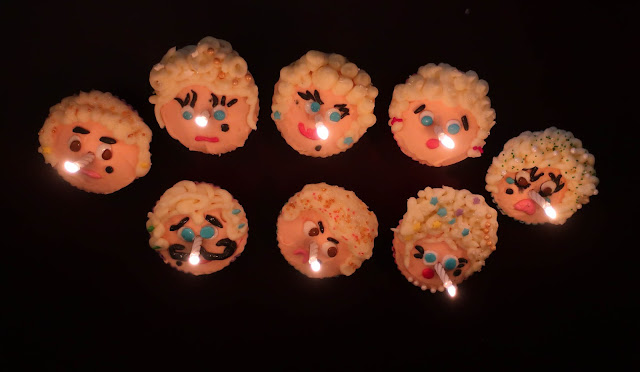 And here is Daddy standing abashedly in the corner: 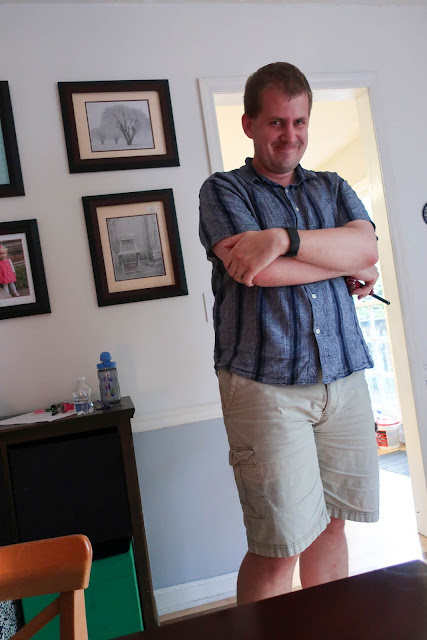 After he'd finished lighting Benjamin's birthday candles he walked to the other side of the table to help sing. He folded his arms, hushed everyone, and then instead of leading us in a chorus of Happy Birthday, he said, "Dear Heavenly Father..."

Here's Benjamin laughing at silly Daddy (who deserves a break after working so hard during May-mester (but whose next semester begins on Monday)): 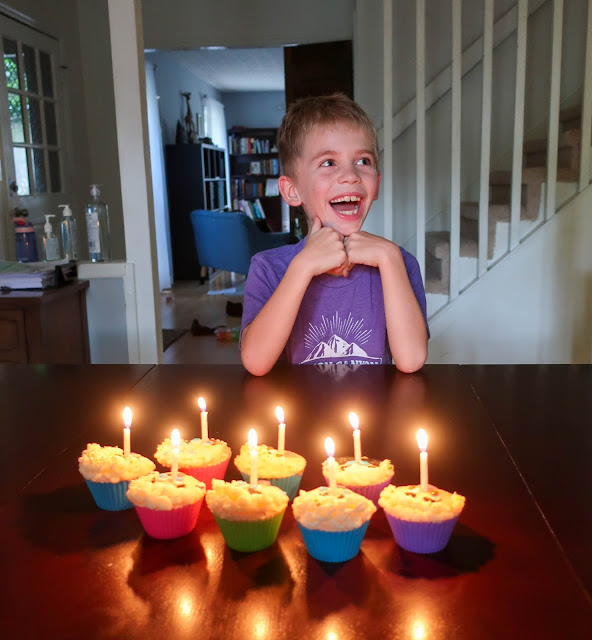 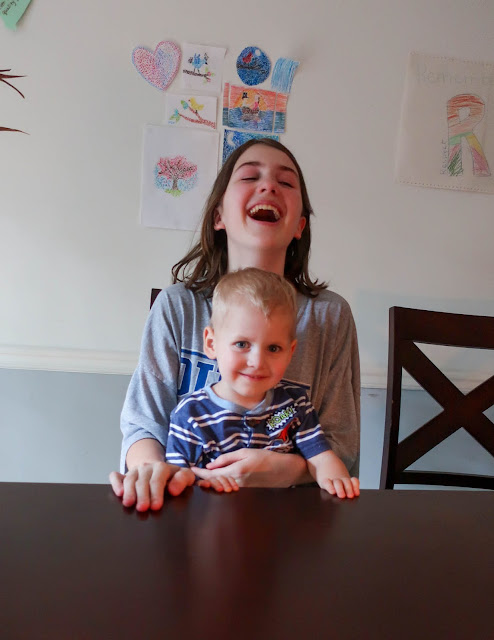 It took everyone several minutes to recover from Andrew's little faux pas, but we did eventually manage to squeak out the birthday song. Here's Benjamin looking bored while we sang to him: 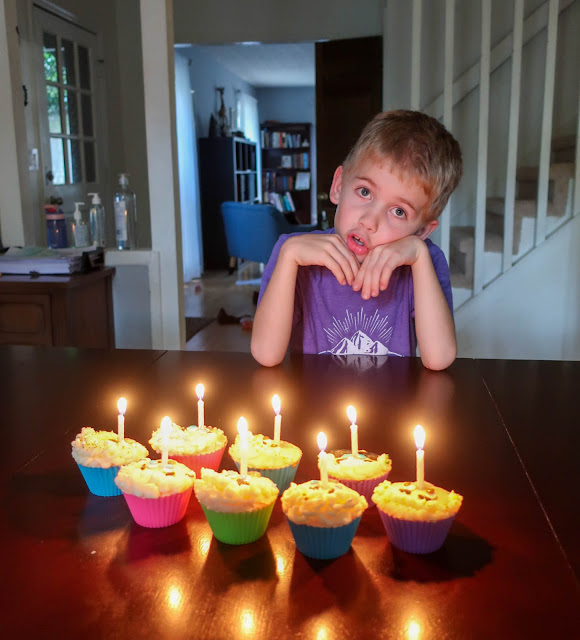 And here he is getting ready to blow out the candles: 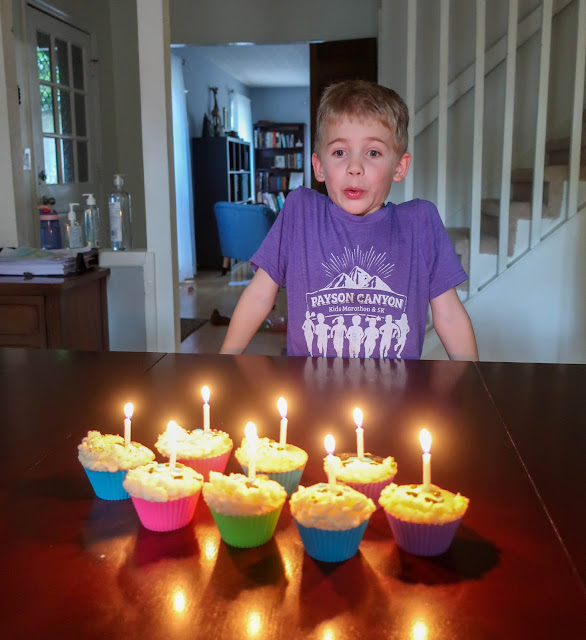 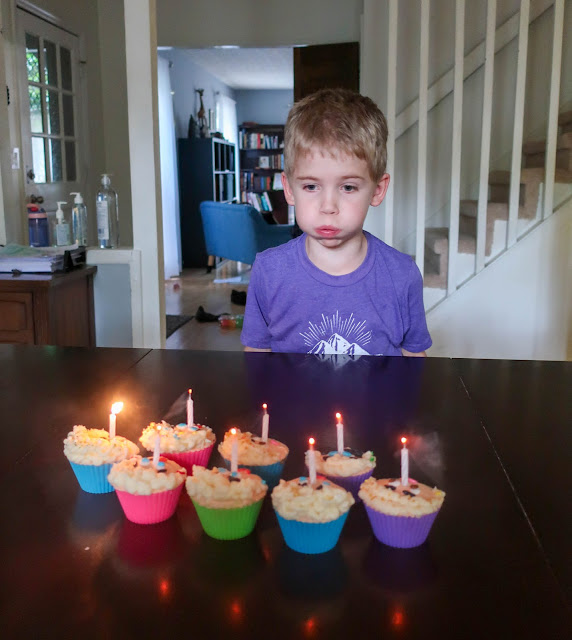 The kids found the cupcakes' new nose holes rather funny... 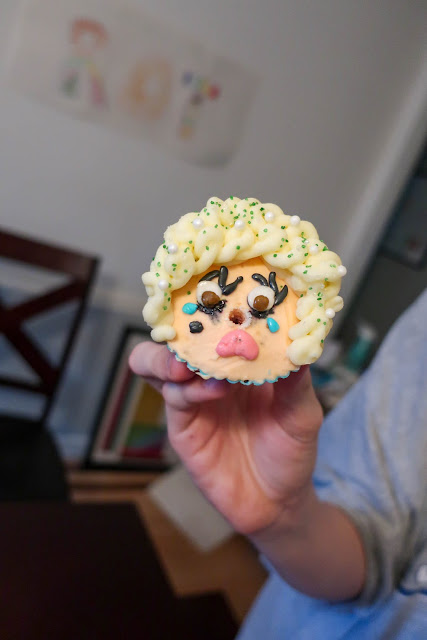 ...but they only got funnier as we went along. As it turns out, eating faces is...slightly horrifying. 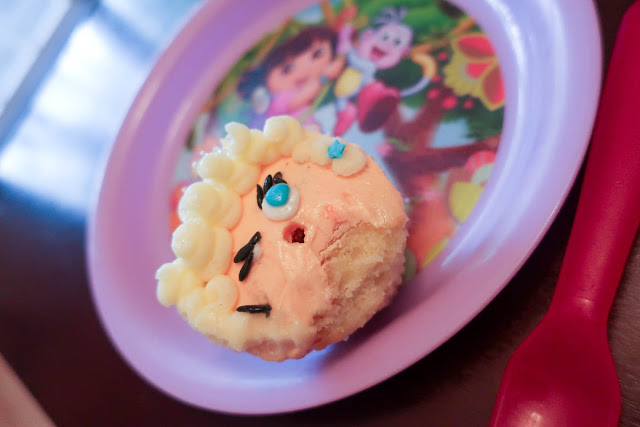 But they were delicious and it was lovely to enjoy each other's company...some more... (Not that we haven't seen enough of each other this quarantine.) Benjamin is officially eight!
Posted by Nancy at 10:27 PM