Have you ever wondered if you were meant to be an entomologist? Sometimes I wonder that about myself, but then I remember that there are reasons I am not an entomologist (and many of those reasons are the same reasons I didn't pursue my early dreams of becoming a veterinarian (because, honestly, who's ever heard of a vet who is afraid of dogs?)). Bugs are interesting but, like, also I've been known to call my husband to trap a cockroach or kill a spider. So...

Anyway, Rachel spotted a fluffy boi in our yard today—a cute little ball of fuzz scuttling along a leaf. It was intriguing, so we caught it to see if we could identify it. 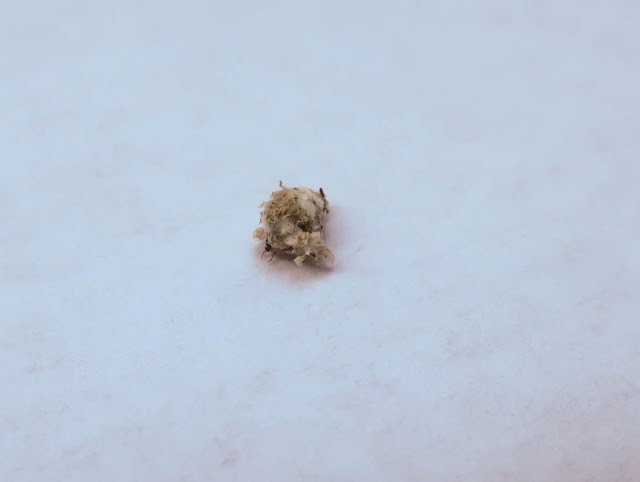 At first, based on description only, we thought it might be a mealybug. Small, white, fluffy bug? Check, check, check. But after looking at some pictures we decided there was no way this could be a mealybug. Mealybugs look fluffy but their fluff makes sense. It has order. Our little ball of fluff was pure chaos. Plus, it seemed like he was carrying around his fluff, like a hermit crab might carry its shell. Our little guy was in the fluff but not of the fluff, so to speak (mealbugs, on the other hand, are the fluff).

See how little its body is compared to its ginormous fluff ball? 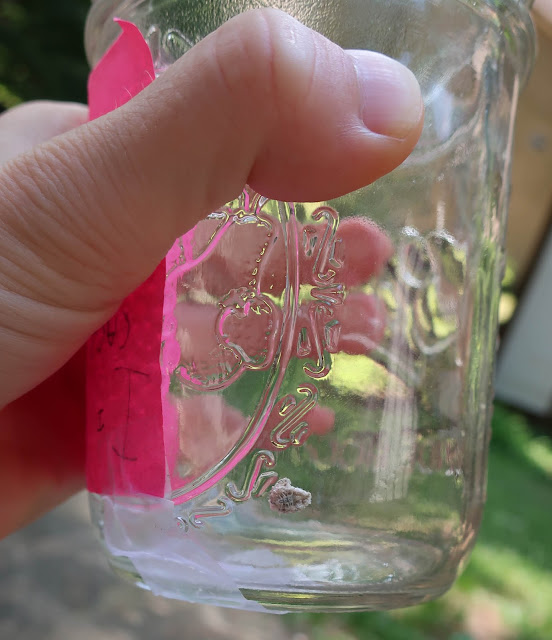 A little more research led us to believe this is a "junk bug" or "trash bug," the larval stage of a green lacewing. They will often camouflage themselves to confuse their prey, using whatever they have on hand—lichen, sand, carcasses of their enemies. I think we have the latter, more ferocious kind, on our hands here because it was difficult for us to distinguish where the bug even began (because its junk home consists of the sucked-dry bodies of aphids). 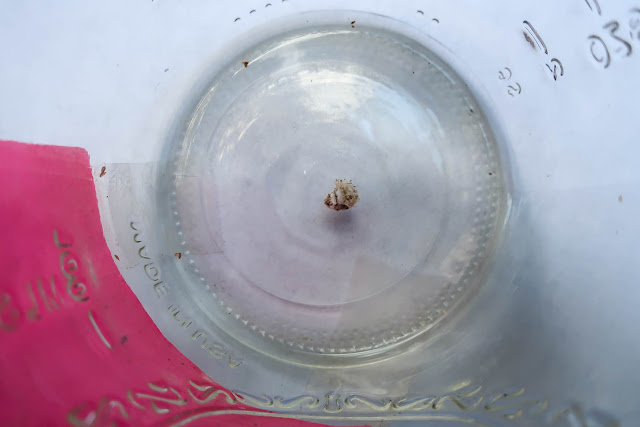 Green lacewings are, themselves, rather pretty (some of the larvae are as well) and when my kids found out this was a larvae they immediately asked if we could raise it to watch its lifecycle. Unfortunately, that's a little more difficult to do with an insect of prey than it is with an herbivore (say, a caterpillar). So we might be taking a little stroll to see if we can find any aphids hanging out. They eat approximately 500 aphids within their larval stage so...that's a lot of aphids. But it might be a cool process to watch...if we can manage it.
Posted by Nancy at 2:54 PM