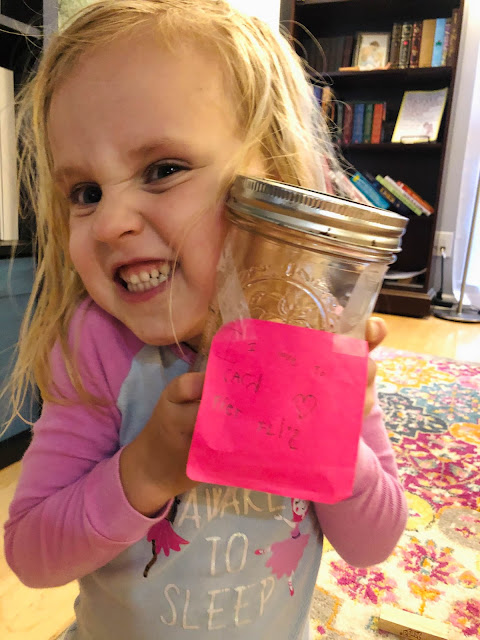 Zoë was so excited to have a sunny day again so we could go on another firefly walk. She talked about it all day long and even wrote a little sign to tape to our designated firefly jar that says, "I love to cach fier fli's." She likes to go on firefly walks, that's true, but she doesn't necessarily enjoy the catching of the fireflies. She's hardly succeeded in touching one, let alone catching one. But she'll happily chase them around.


Our sunset today was a little disappointing compared to our first few firefly sunsets. Zoë wanted to wait until everything was washed in pink, but that never really happened. The sky just went a little pinky-orange and then the colour drained away. I told Zoë that it was still a fine sunset; it was just a little muted. Sometimes we have big, beautiful sunsets and sometimes it quietly slips away. The quiet sunsets make the glorious sunsets feel that much more special.

While we were waiting the kids danced around our sweet neighbour's garden (ours doesn't look anything like this) smelling flowers and  being incredibly goofy. 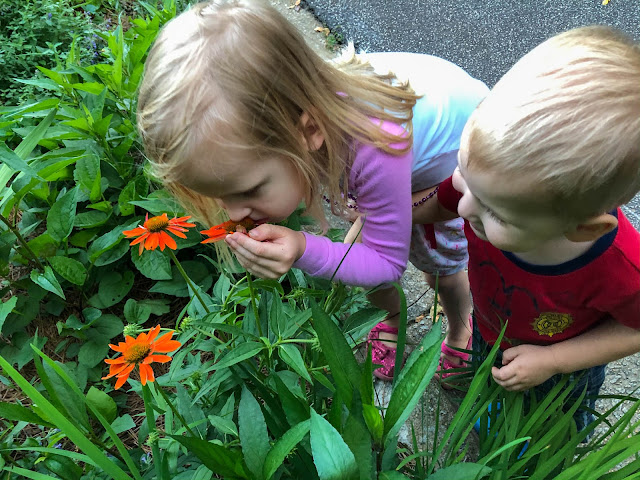 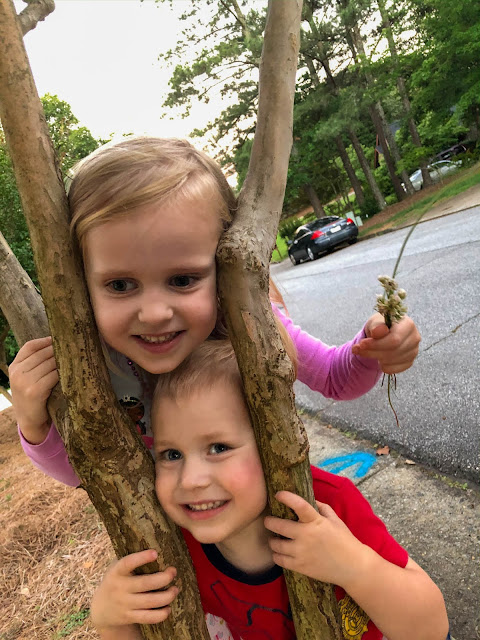 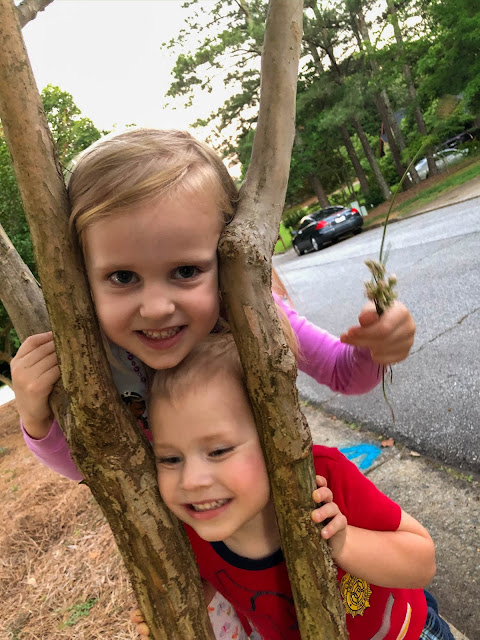 Eventually, even without a brilliant sunset, the fireflies started blinking and flashing anyway. Alexander and Zoë happily started chasing them around and, very surprisingly, Alexander caught one (his first):

It got a teensy bit squished and Zoë was very concerned it was going to die right in front of us, like Ray from Princess and the Frog.

We did manage to get it into our jar and it was still alive and hopping when we let it go, so I think it's going to be alright for its short little lifespan.

On the other hand, here is Zoë chasing after fireflies. I made the mistake of telling her she had a firefly on her back (you can see it on her left shoulder):

She preferred to just point them out (like the one she found on the tree, and which she named "Butter" which is a favourite name for a firefly; she's used it several times already). We only ended up catch two, which isn't very good. We caught three our first night. I think it's because Benjamin wasn't with us either of those nights. He told me, when he caught fifteen fireflies the other night, that he's much better at catching fireflies than I am. And perhaps that's true. Or perhaps it's difficult to catch fireflies with a two-year-old running around (into the road and between my legs and every which way). 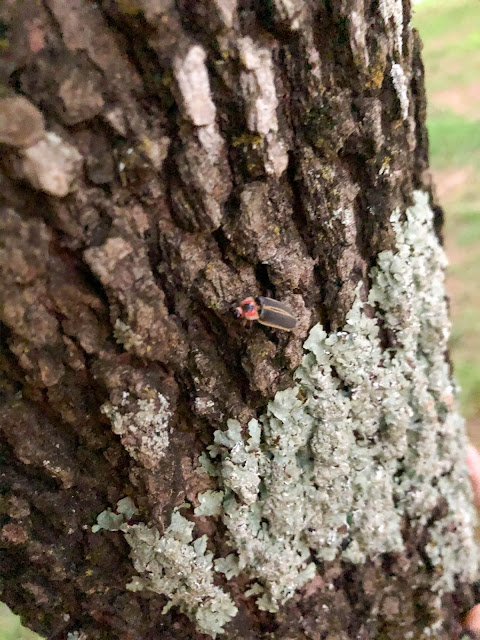 But it turns out that Alexander is getting pretty good at catching fireflies, himself, so we'll have to take them both out again another evening and see how many they can catch together (while I hold the jar so no one falls and smashes it or runs into traffic or anything like that).

(Benjamin, Rachel, and Miriam were having a little movie night together, which is why they didn't come firefly hunting with the cool kids).
Posted by Nancy at 12:58 AM